Both bluestems were brought to the United States in the early 1900s as a forage grass and as erosion control. These grasses are less palatable to cattle than our native warm-season grasses and not as nutritious, but their use is promoted due to their ability to withstand close grazing. They have proven, however, to be highly invasive in neighboring states, and their use should be strongly discouraged.

Caucasian bluestem has currently escaped cultivation in at least eight counties in Missouri. It is also found in neighboring Kansas and Oklahoma, as well as other southern states.

Yellow bluestem has been documented to be escaping in Howell County, and is likely found in other counties. It has also escaped in Kansas, and throughout the southern United States. In spite of its invasive nature, yellow bluestem sometimes is recommended to Missouri cattle ranchers.

Both of these grasses are spread by root and seed. How long their dormant seed remains viable in the seed bank is unknown. Because foragers and grazers prefer native grasses, the old world bluestems have a competitive advantage and are more likely to take over habitats. They can also cause an altered carbon-to-nitrogen ratio that inhibits the growth of native plants.

Both old world bluestems have been shown to alter soil function and biota, thereby suppressing the growth of native grasses. They form much thicker sod than native grasses, making them unsuitable for quail nesting or cover. They can move from disturbed roadsides and pastures to high-quality prairie and glade habitats and are difficult to eradicate once established. Dr. Walter Fick of Kansas State University warns that if left uncontrolled, they have the potential to completely take over our native grasslands. 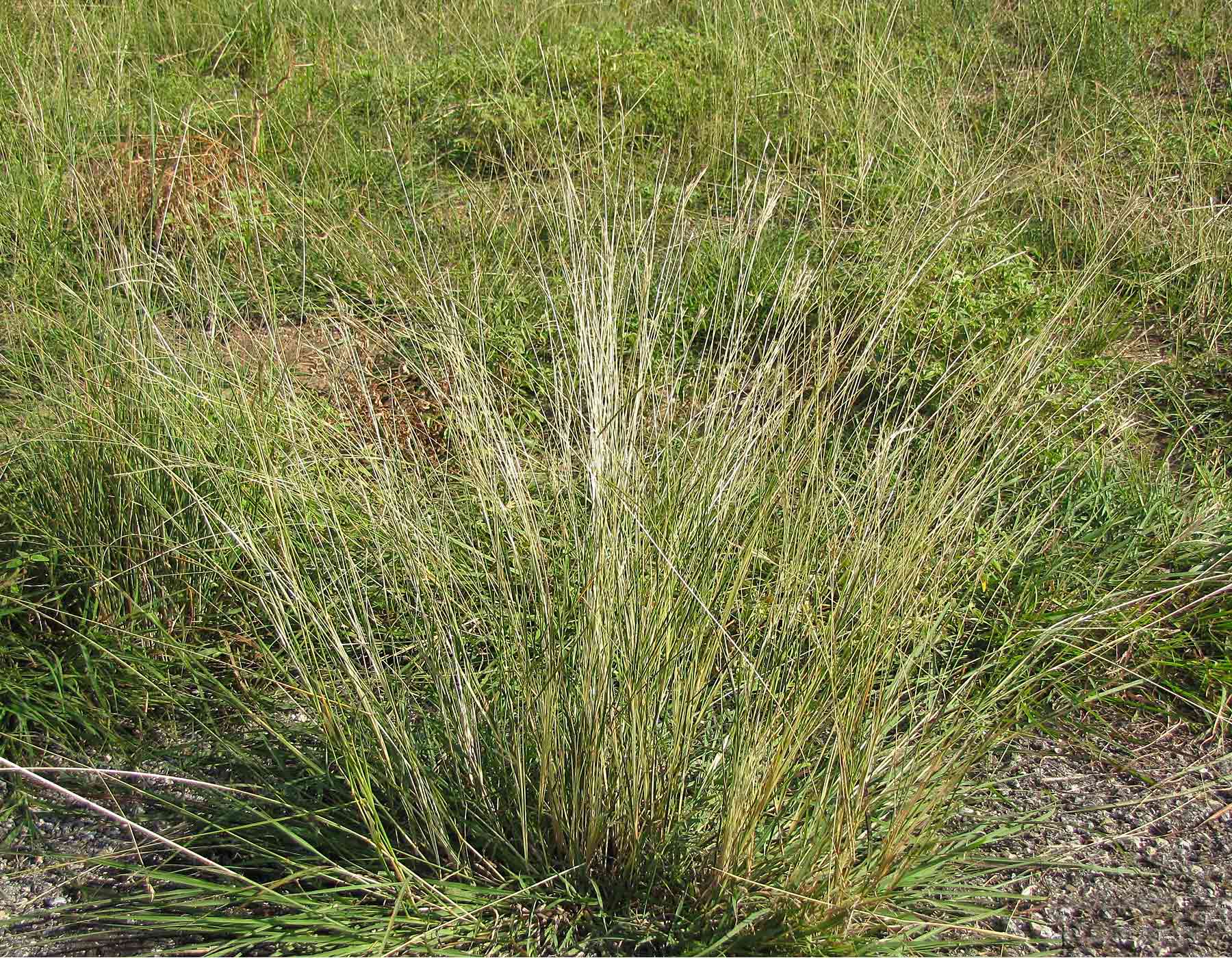 Studies are ongoing to find an effective control for old world bluestems. They are well adapted to spring burning and will tolerate repeated mowing better than our native bluestem grasses. There are no known biological controls.

Chemical application, therefore, has shown to be the only effective method of control at this time.

Big bluestem and little bluestem are both natives that can be planted instead of Old World bluestems.