Japanese hop (Humulus japonicus) is an herbaceous, usually annual vine. Native to eastern Asia, it was originally imported to the United States in the late 1800s for use in Asian medicine and as an ornamental vine. Within Missouri, Japanese hop is found most commonly in the Missouri and Mississippi river corridors, but it is increasing its range within certain stream and river foodplains. 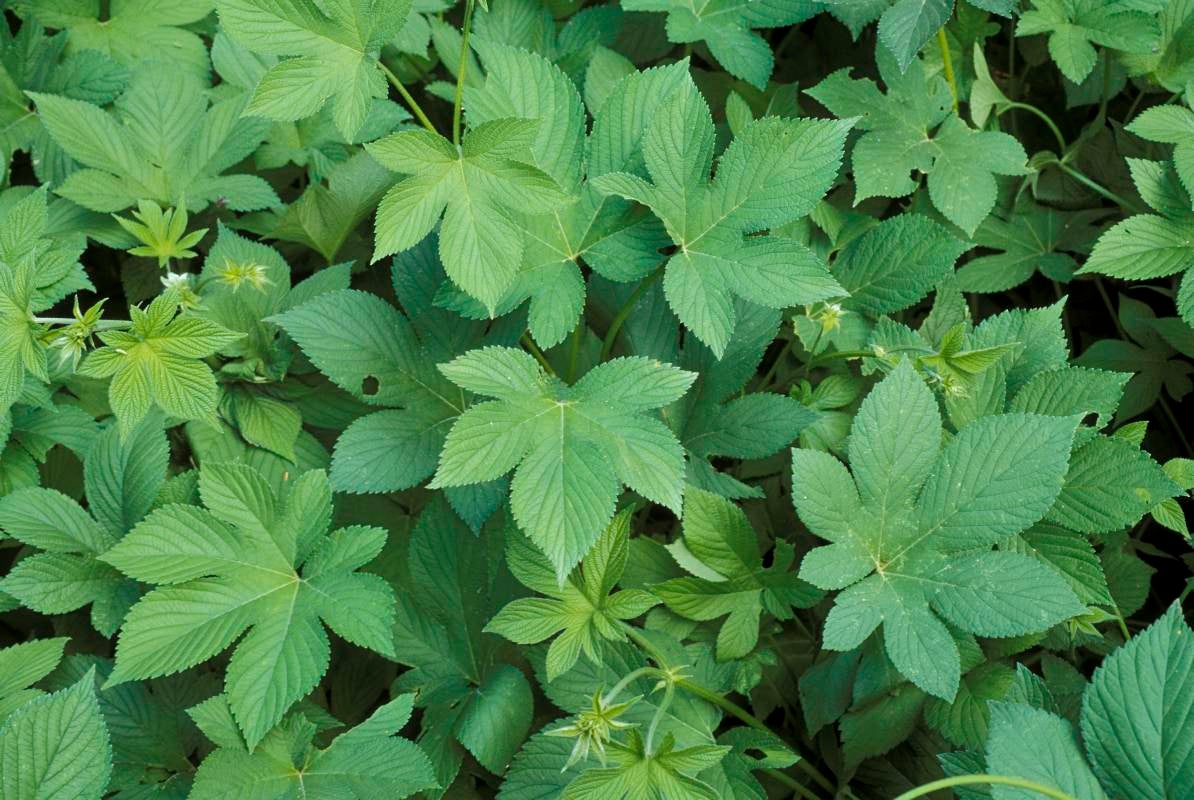 Is user submitted
Caption
Japanese hop is a sprawling, climbing vine that can outcompete and smother native vegetation.
Credit
MDC staff
Right to Use
Body

In areas with light infestation, manual removal can work well within moist soil in early spring when the root system is small. The entire root and plant must be removed and taken of-site to prevent regrowth. Repeated pulling/ digging should continue until dieback in fall when new plants cease to emerge.

In areas with heavier infestations or in newly established tree plantings, a pre-emergent herbicide containing sulfometuron methyl (Oust® XP) applied in mid-March generally causes minimal or no damage to other perennial vegetation eliminating the need to rescue desirable vegetation from an established hop infestation. Application of a pre-emergent herbicide followed by a foliar application of glyphosate or metsulfuron applied prior to seed production (mid-April to August) may provide the most effective control. Subsequent applications will be necessary to control germinating plants throughout the season to prevent seed production.

Mowing/cutting is also effective when started in early spring and continued until dieback in fall. The location of plants within wet soils and amongst trees may hinder mowing control efforts.

Reports indicate that after three consecutive years of control efforts that prevent seed production, the seed bank is normally exhausted. In areas with the potential for recolonization, such as stream banks, continued monitoring will be needed until the upstream seed source is eliminated.