Is this animal infected?

An abscess is a localized bacterial infection that often contains white, green, or yellow creamy material.

Abscesses can occur nearly anywhere in the body but are often seen in the skin.

In most cases, an animal’s immune system can take care of abscesses with little or no long-term effects on the animal’s health.

Brain abscesses are sometimes found in deer and are most often seen in bucks from November to March. These abscesses are often the result of injuries to the skull or antler pedicles following the rut.

Animals with concurrent illness may not be able to fight off the infections, and bacteria may invade the bloodstream, leading to a condition called septicemia. Septicemia can be fatal. 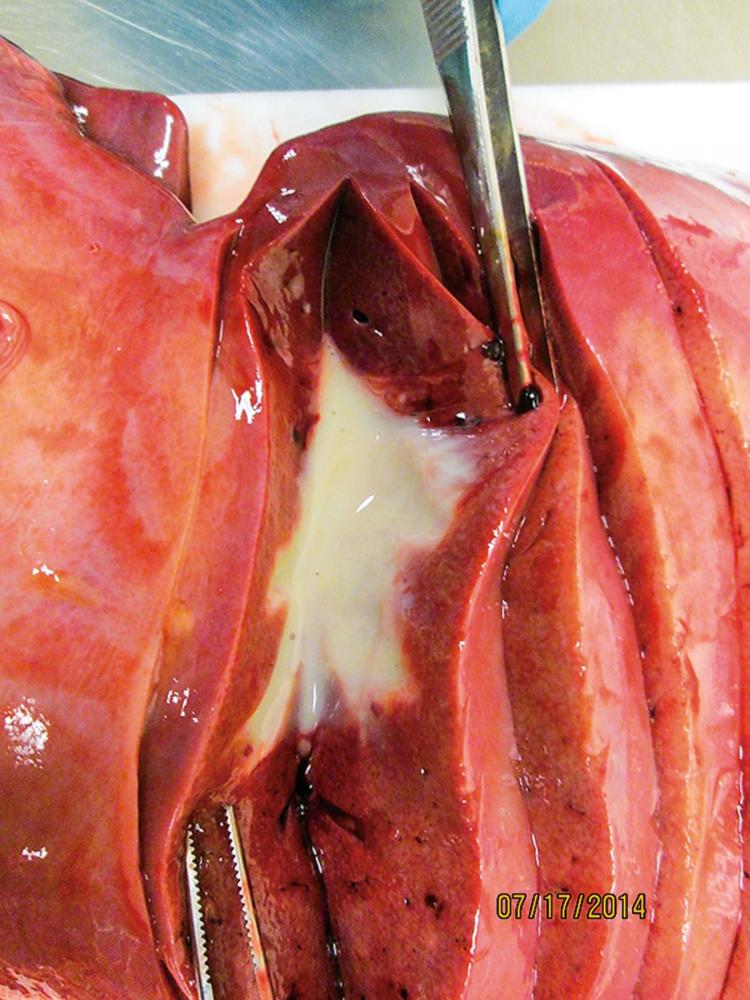 Generally, if the abscessed area is removed, it is safe to consume the remaining meat. However, always consult your doctor if you become ill after consuming wild game.

Do not cut into abscesses or eat meat containing abscesses. Meat should always be cooked to a safe internal temperature (generally 165°F) before it is eaten. Animals with brain abscesses may show neurologic signs such as stumbling or disorientation. MDC advises against consuming any animal with neurologic signs.

Yes. After trimming away affected tissue and properly cooking the meat, it is safe for pets to eat.

Traumatic injuries or wounds sustained while fighting will often result in abscess formation. These injuries produce tissue damage that causes cells to die in the center of the injured area. This area can be invaded by bacteria that lead to inflammation.