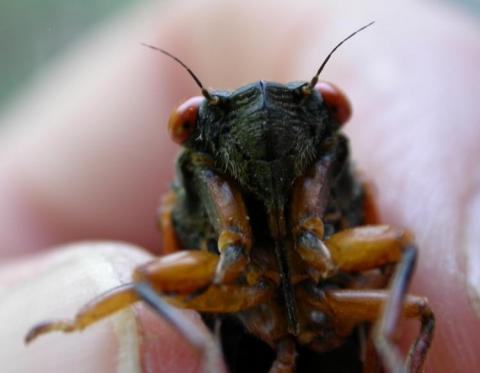 Periodical cicadas are insects that emerge as broods every 13 or 17 years, depending on the brood. Mass emergences can range over several states. They generally start emerging in May and remain above ground through most of June. The enormous number of cicadas emerging at one time swamps birds and other cicada predators with more juicy insect food than they can consume. This allows most of the cicadas in the brood to survive and produce another generation that will live in the ground for the next 13 or 17 years.

Periodical cicadas are different from the familiar annual cicadas, also called “dog-day cicadas,” which emerge from the ground every year and make their droning noise during the heat of late summer.

There are three broods of 13-year cicadas and 12 broods of 17-year cicadas in existence, and they occur only in the eastern half of the United States. Broods differ in their locations and emergence timing. Only four broods of periodical cicadas extend into parts of Missouri: two of the 13-year type and two of the 17-year type.

2014. Brood 3 (a 17-year cicada) occurred at the northern edge of the state, but because so little of it occurred within our borders, most Missourians didn't notice it.

2015. Brood 4 emerged again in western Missouri, as did Brood 23 in southeastern Missouri. Unlike the two converging broods of 1998, the two 2015 broods were widely separated, with no overlap in territory. This is the only time during the 21st century when two Missouri broods emerge in the same year.

2024. Brood 19, the largest Missouri brood, returns to put on its impressive display once again across most of the state.

Just a few weeks above ground every 13 or 17 years

They can affect young trees, but typically don't damage mature ones

Female cicadas use a saw-like appendage on the abdomen to slice into 1/4- to 1/2-inch diameter tree twigs and deposit their eggs. Leaves on damaged twigs turn brown, and some twigs may die. This “flagging” can be quite visible in areas with large numbers of cicadas.

They can do serious damage to fruit orchards and nursery stock, as well as to young trees growing in the landscape.

What You Can Do To Control Possible Damage

Other Cool Things To Know

They "sing" with drumlike structures on their abdomens

Although periodical cicadas are about half the size of an adult pinkie finger, these musical insects can drown out a chainsaw. Male cicadas are the singers. They use a pair of drum-like structures called tymbals to produce their song. The tymbals are located on their abdomens, just behind the last pair of legs. They make sound in a similar way to a plastic soft drink bottle popping back into shape after being compressed. Cicadas flex the tymbals rapidly making a loud click each time, which creates a high-pitched droning sound.

You can use them for bait

A periodical cicada emergence creates a brief food bonanza for birds and fish. It also creates opportunities for anglers. As fish go on feeding binges, anything resembling a cicada can prompt a bite. 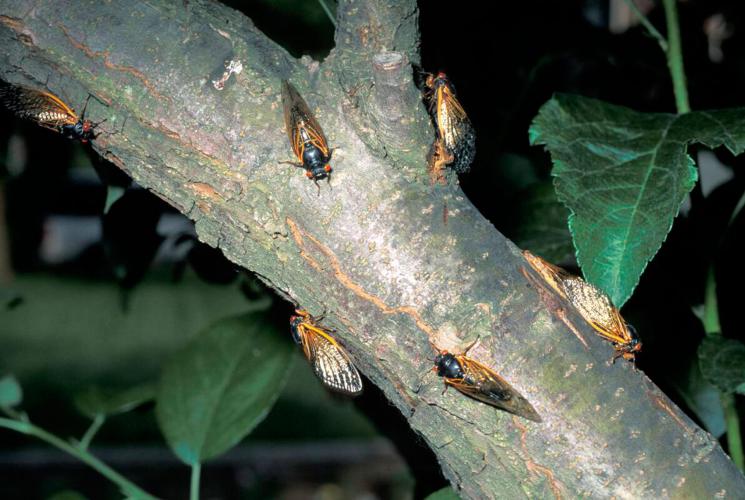 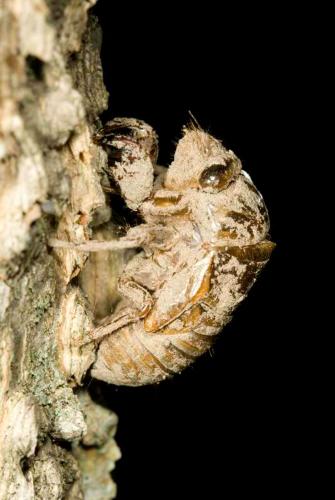 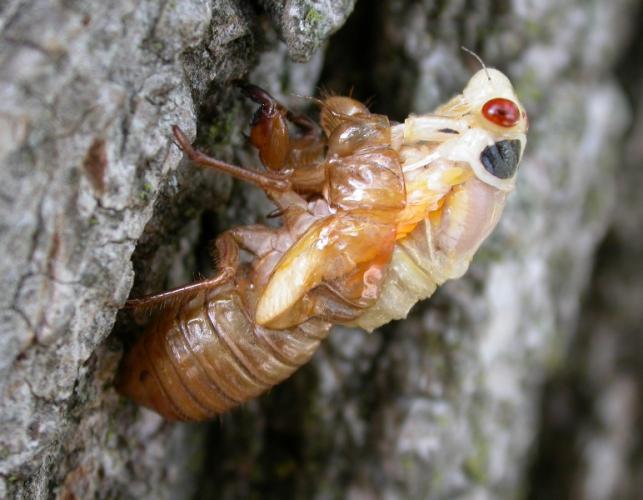