Ips adults are tiny and have a “scooped-out” cavity on the hind end. Depending on the species, beetles range from 2–6 mm in length.

The southern pine beetle (Dendroctonus frontalis) is uncommon in Missouri. It has a rounded posterior, is 2–3 mm long, and creates S-shaped galleries. 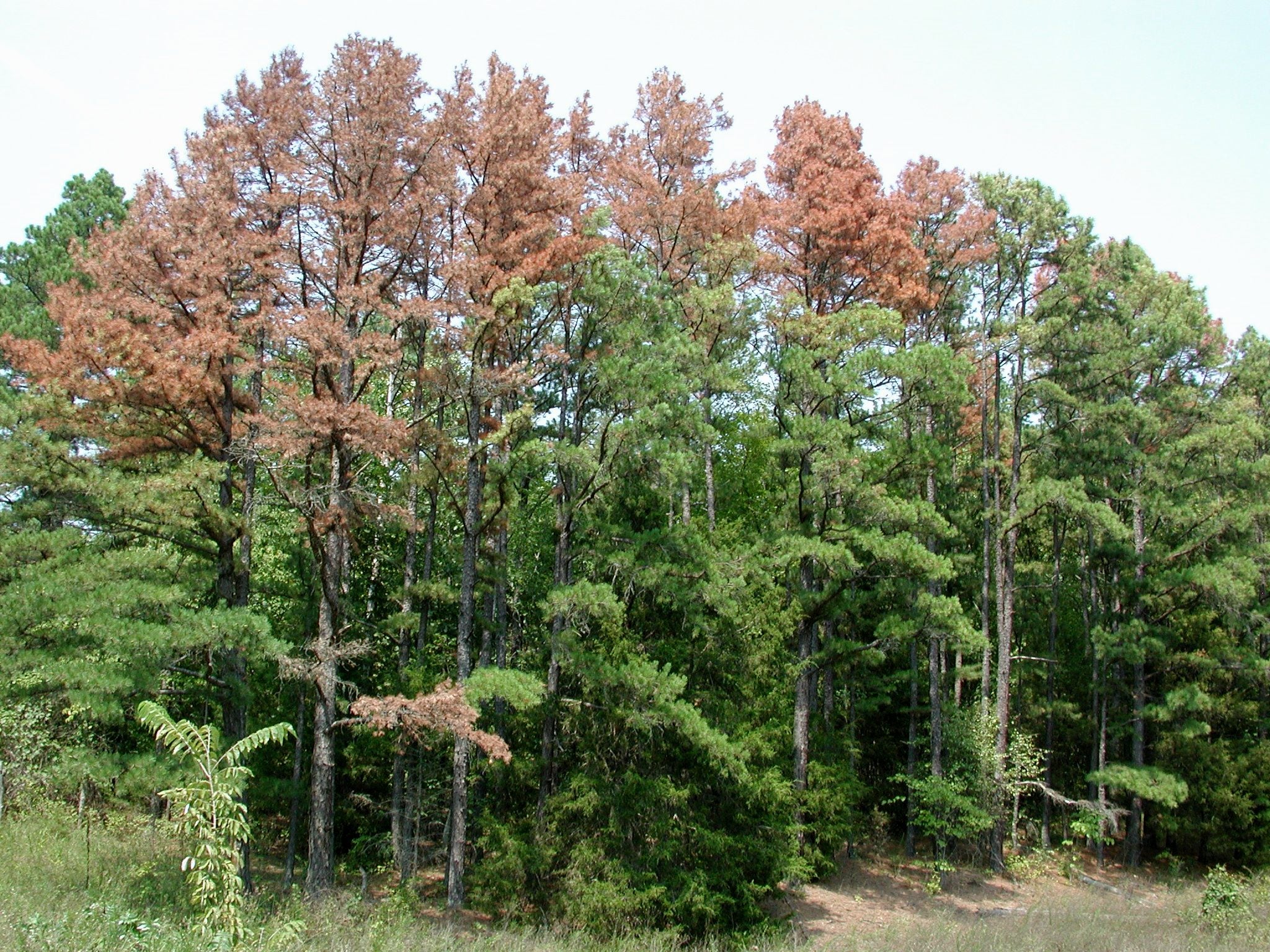 Three species of Ips are common in shortleaf pine. They often differ in the part of the tree they attack.

One or more species may be found in a single tree. Ips adults tunnel in the phloem just under the bark, where they lay eggs. Eggs hatch into larvae, which mature into a new generation of adults. Several generations develop within a pine stand in a single year.

Ips beetles carry spores of a bluestain fungus that infects beetle-attacked pines. Fungal colonies grow into the outer sapwood, stopping upward water flow and causing needles to wilt and die. Pine needles can change from green to reddish brown in 2 to 4 weeks during the heat of summer.

Most Ips beetles have left the tree by the time needles are reddish-brown. Trees with active Ips infestations will have either green or fading foliage. During cool or moist weather, a tree may still be green when beetles depart.

Large (over 25 mm), reddish-brown pitch tubes may be found on the lower 2 meters of stressed or Ips-infested pines. These usually indicate the presence of black turpentine beetles. Their impact on trees is usually minor compared to that of Ips beetles.

Heterobasidion annosum root disease is sometimes associated with Ips infestations. Pockets of the disease have been diagnosed from the Potosi-Fredericktown Ranger District on the Mark Twain National Forest and near Clearwater Lake in Reynolds and Iron Counties.

The duration of Ips outbreaks in forest stands is often short-lived, lasting only one season. If infested pockets are isolated and widely scattered, the best course of action often is to let the infestation die out on its own. Cutting and removing trees to stop the outbreak may actually accelerate it. Harvesting produces fresh host odors (attractants), logging slash (potential breeding sites), and additional stress or injury to the residual stand.

The best strategy for landscape trees is to prevent infestations by increasing tree vigor through good tree care and providing supplemental water during droughts. There is no way to save a tree once it has been successfully colonized. Care should be taken when removing dead trees so that remaining trees are not injured.

Insecticide applications on nearby green trees are usually not practical, as the bark must be drenched for the entire length of the trunk, even on large trees. Such treatments require professional applicator equipment and are best reserved for high-value trees. Injections and soil drenches of imidacloprid (systemic insecticide, e.g. Bayer Advanced Tree & Shrub Insect Control) are sometimes used for tree borer control, but imidacloprid effectiveness against Ips beetles has been disappointing. 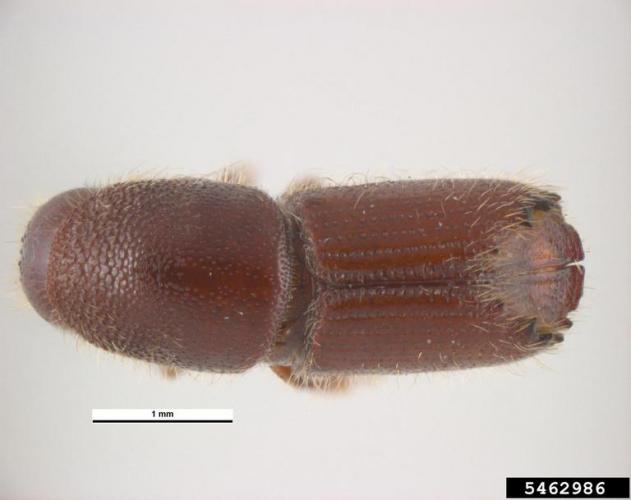 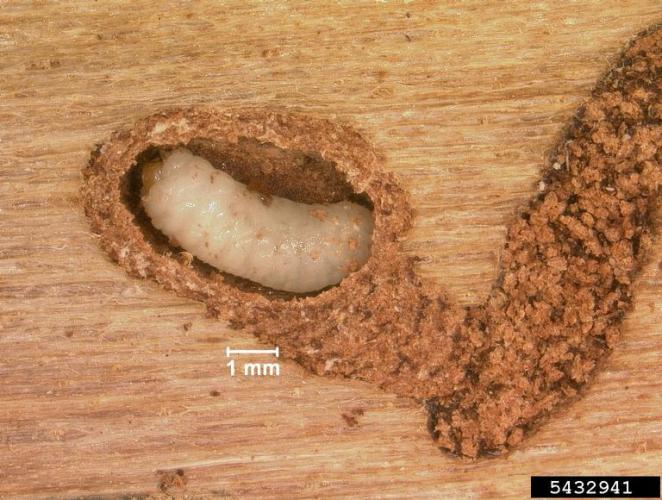 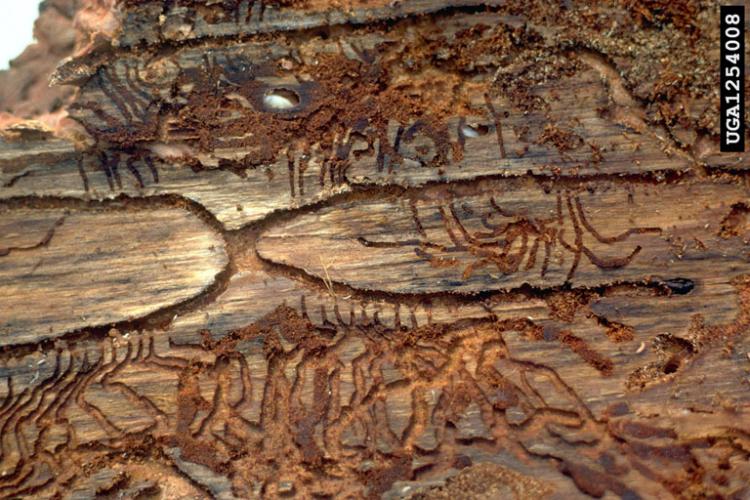 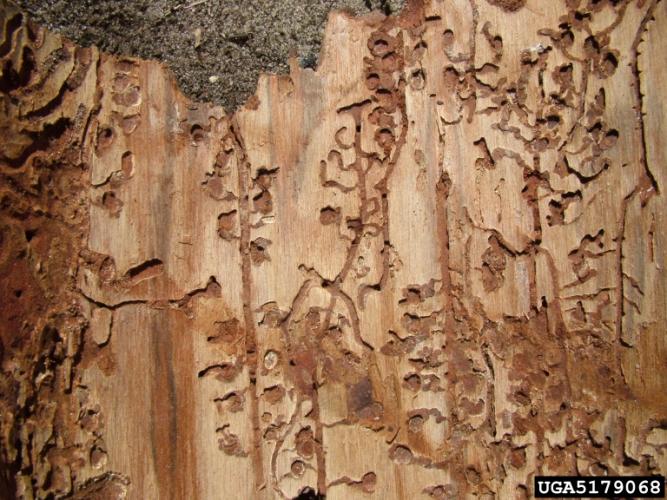 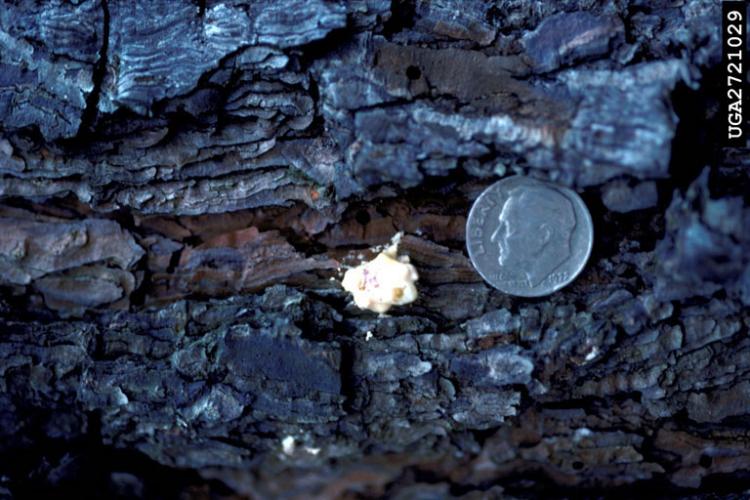 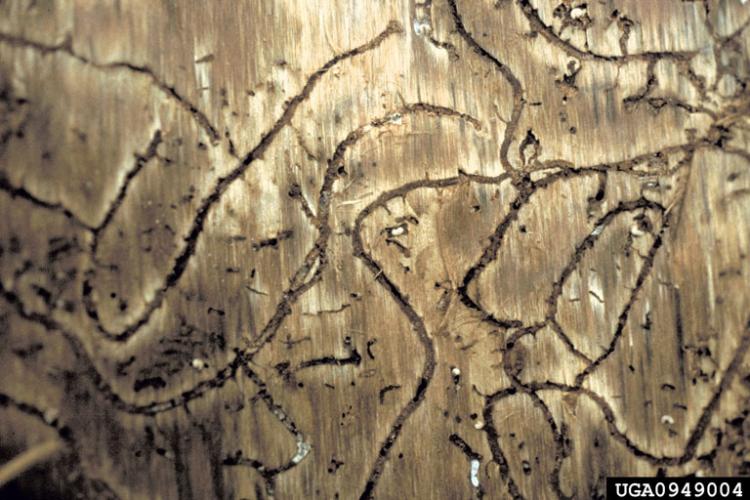