Identified in 2008, thousand cankers disease (TCD) has killed thousands of walnut trees. It has been found in five eastern states (North Carolina, Ohio, Pennsylvania, Tennessee, and Virginia) and in nine western states. The name “thousand cankers” describes the numerous cankers that appear on affected black walnut trees. The walnut twig beetle carries a fungus that causes TCD. The fungus kills small patches of tissue, creating cankers under the bark where the beetles attack. These cankers grow together, weakening and eventually killing the tree.

Missouri has more black walnut trees than any other state. The potential loss of black walnut for lumber, edible nuts, and as a shade tree in our towns and cities is estimated at $851 million over 20 years.

While TCD is devastating to the black walnut species, it doesn't affect the nuts (which are still safe to eat) or wood quality.

In 2010, foresters detected TCD for the first time in the native black walnut range in eastern Tennessee, a state that borders Missouri. This discovery increased concern that TCD could appear in Missouri.

Moving firewood is an important way people spread TCD. A single piece of TCD-infected black walnut firewood can carry enough beetles to start a new infestation, so it’s possible for you to spread the disease hundreds of miles in less than a day. Cut or buy firewood locally, then burn it all or leave it.

Woodworkers, loggers and anyone moving walnut materials can also inadvertently spread TCD, so please be careful when handling or transporting unprocessed walnut wood.

Missouri has more black walnut trees than any other state, and the trees are valued for economic, social and environmental reasons.

Title
How TCD Was Discovered

Thousand cankers disease has not been detected in Missouri, however there is concern that TCD may be transported on walnut materials into Missouri. An action plan developed by state officials will help deal with any TCD detections.

Some of the most important steps Missouri is taking regarding TCD include the following:

The Missouri Department of Agriculture and MDC hosted the first TCD national conference in St. Louis and was the first of several states to develop a quarantine to prevent movement of TCD-infected walnut material.

Title
How to Identify TCD

Early detection is key to controlling TCD. Use this information to identify TCD symptoms and report evidence.

Step 1. Make sure the affected tree is a black walnut

After confirming that the affected tree is a black walnut, determine whether signs and symptoms of TCD are present.

Many factors besides TCD can kill or damage walnut trees. These include environmental factors, diseases and pests.

This is a common foliar disease that can cause walnuts to start losing their leaves in midsummer. When the infected walnut leaflets fall, the bare rachis or stem they attach to often remains on the tree for a period of time. Visit the USDA’s Forest Service's walnut anthracnose page for more information.

How anthracnose differs from TCD

These are often visible without removing the bark. The elongate open cankers often start at the base of the tree and may be associated with weather fluctuations, wounds or ambrosia beetle attack. See the USDA Forest Service’s page on Fusarium cankers for more information.

How Fusarium cankers differ from TCD

Fusarium cankers are often large and visible when you look at the tree. Thousand cankers disease cankers are hidden under the bark.

These are tiny boring beetles that tunnel into the wood of the tree. Small cylindrical sawdust “toothpicks” protrude from their entry holes. Areas of discolored tissue may surround attack points.

Ambrosia beetles tunnel directly into the wood of the tree rather than just under the bark, as walnut twig beetles do. See the USDA Forest Service’s page on ambrosia beetles for more information.

View this 20-slide presentation about TCD, and learn how to identify symptoms of the disease. 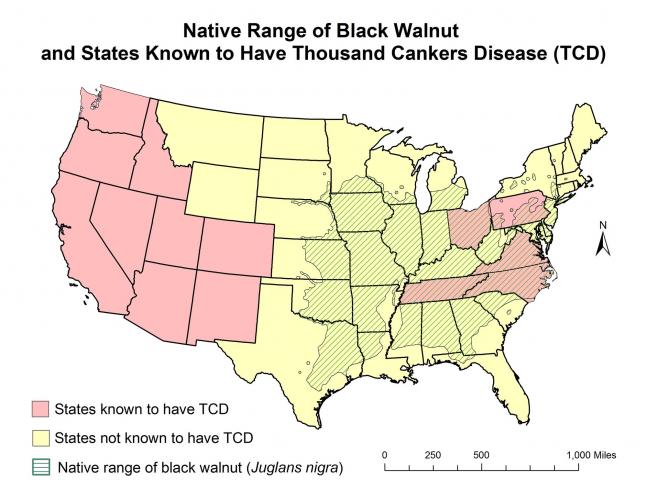 Caption
States where TCD has been found. Tennessee, which borders Missouri, is known to have TCD.
Credit
MDC staff
Right to Use
1/20
Image 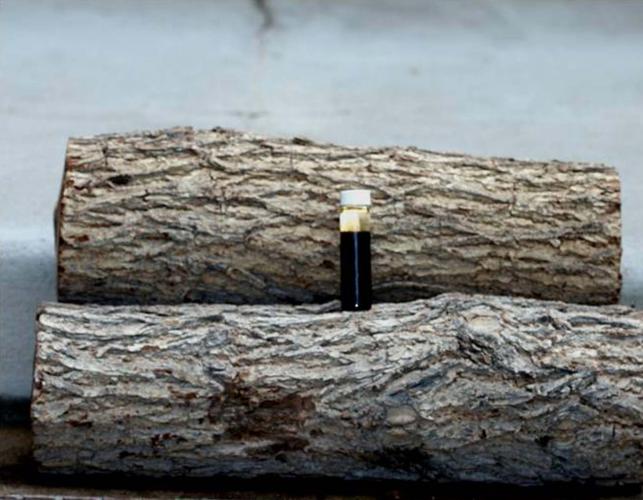 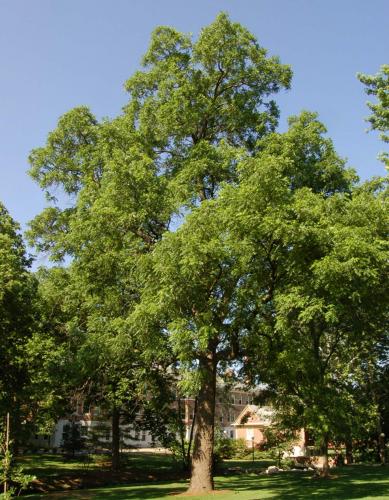 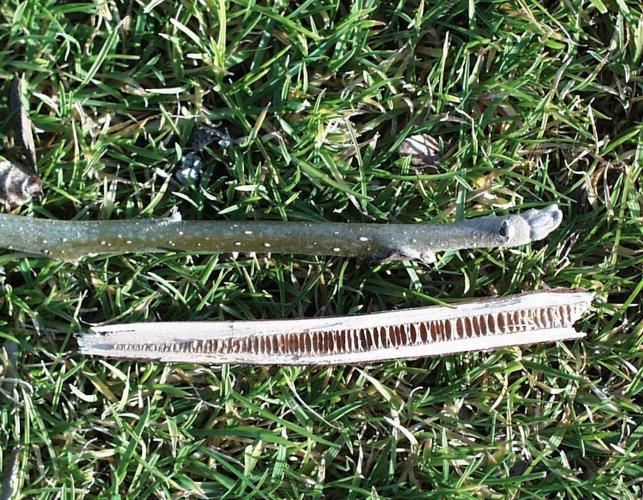 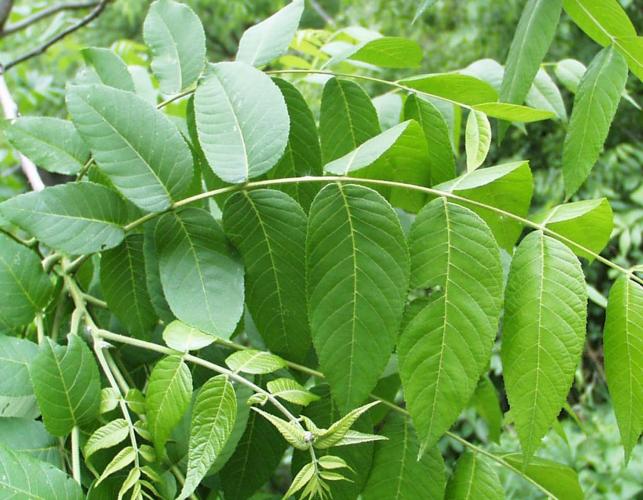 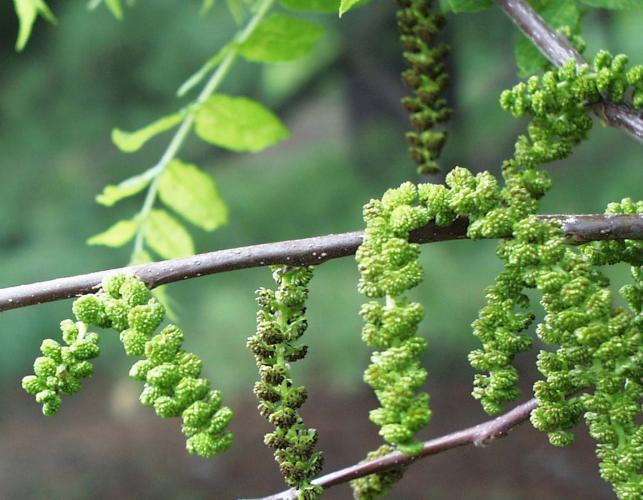 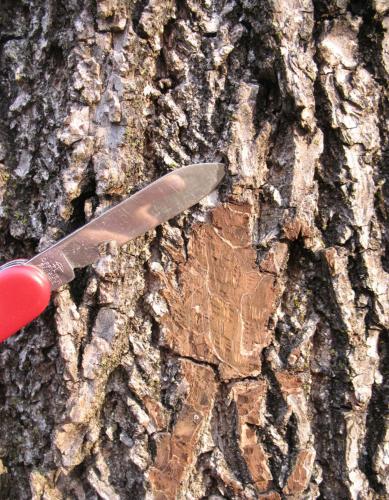 Caption
Black walnut bark is rough, and when the surface is lightly scraped shows a chocolate brown color.
Credit
Simeon Wright
Right to Use
7/20
Image 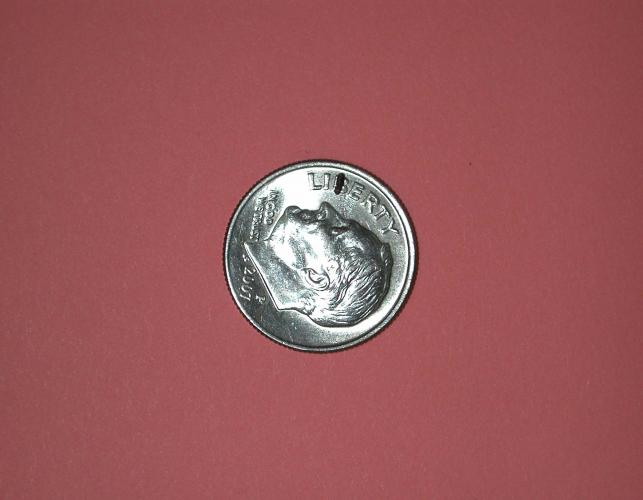 Caption
The walnut twig beetle is the size of the letter "I" in the word "LIBERTY" on the face of a dime.
Credit
MDC staff
Right to Use
8/20
Image 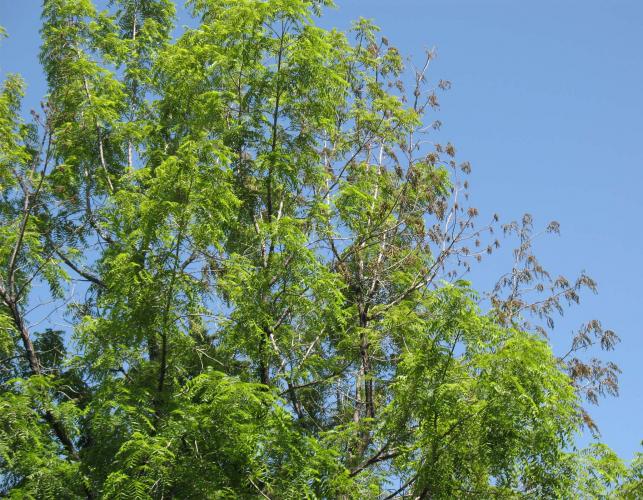 Caption
One symptom of TCD is midsummer wilting of individual branches.
Credit
MDC staff
Right to Use
9/20
Image 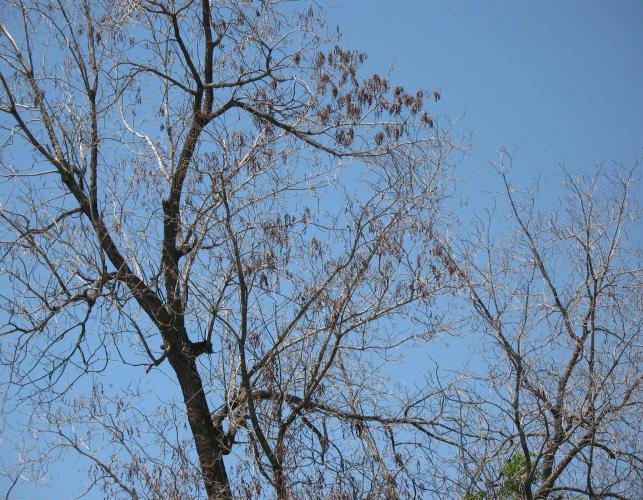 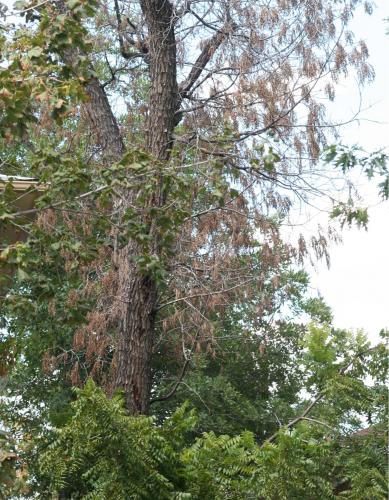 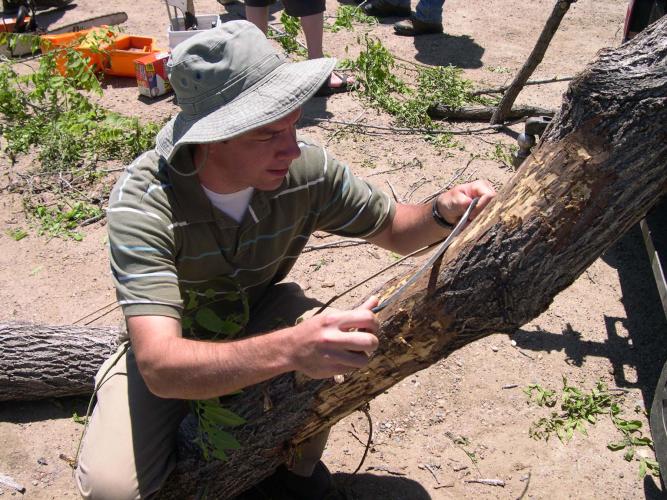 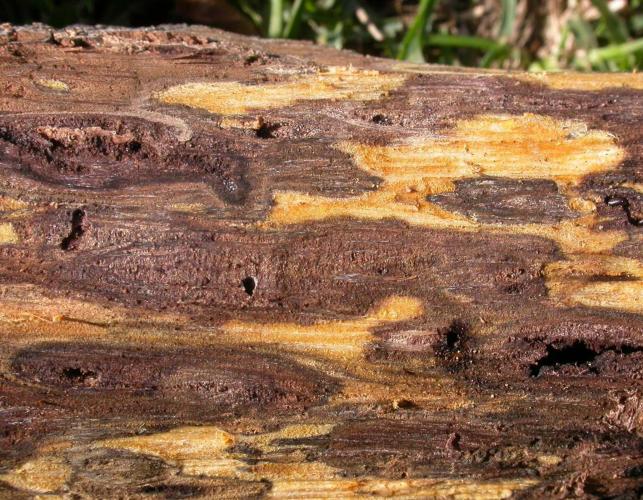 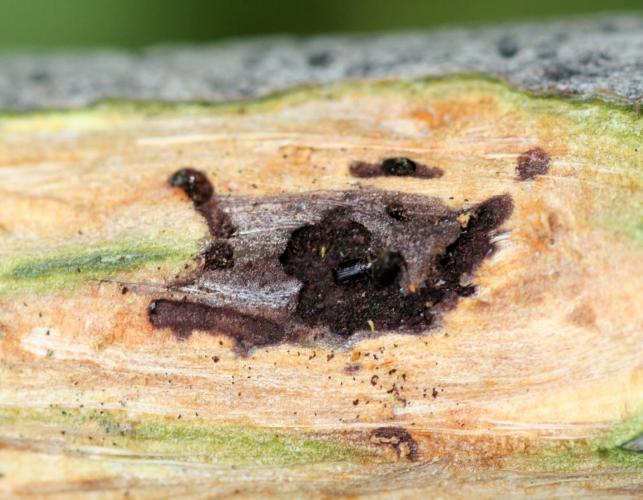 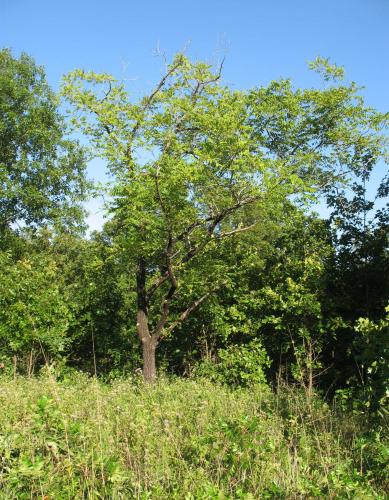 Caption
Black walnut trees in Missouri can display die-back for many other reasons besides TCD.
Credit
Simeon Wright
Right to Use
15/20
Image 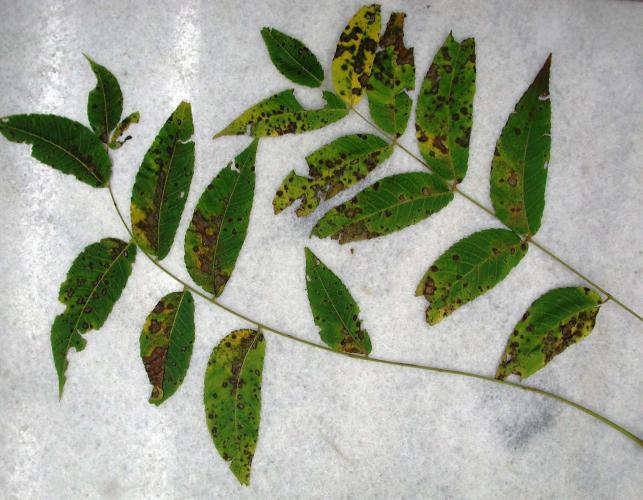 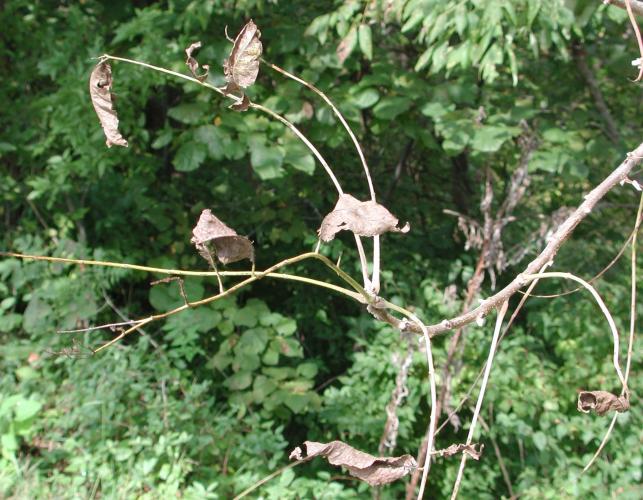 Caption
Anthracnose causes leaflets to drop, whereas TCD may cause entire leaves to wilt, turn brown and hang on the tree.
Credit
Simeon Wright
Right to Use
17/20
Image 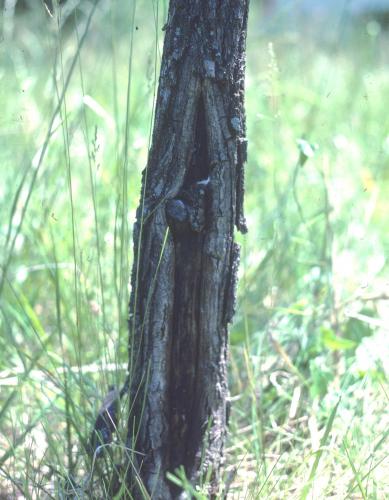 Caption
Fusarium cankers are elongated, larger than TCD cankers, and often visible without removing the bark.
Credit
MDC staff
Right to Use
18/20
Image 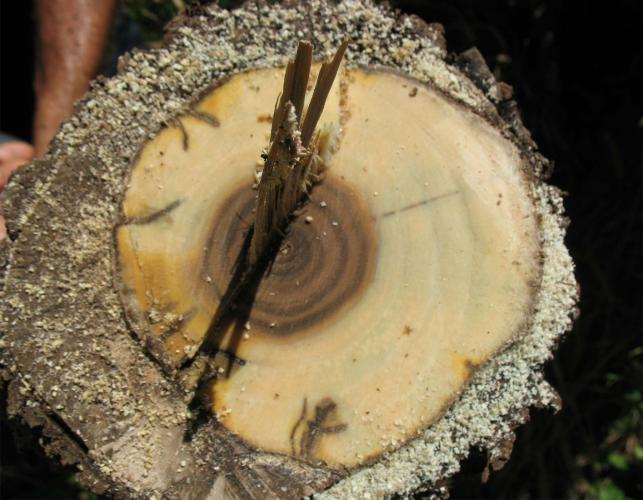 Caption
Unlike walnut twig beetles, ambrosia beetles tunnel down into the wood of the tree.
Credit
Simeon Wright
Right to Use
19/20
Image 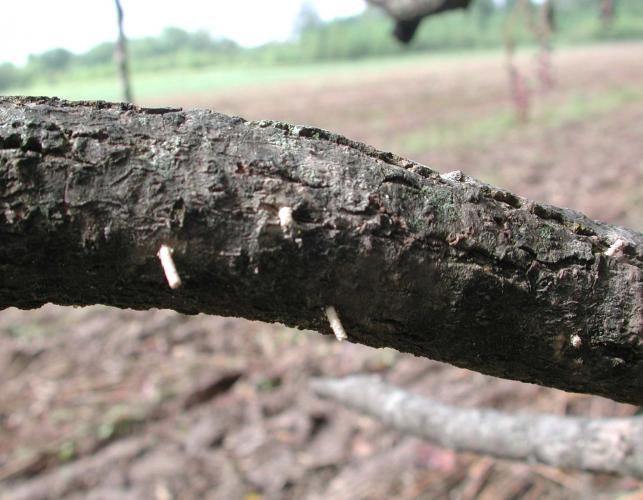 Caption
Unlike walnut twig beetles, ambrosia beetles tunnel down into the wood of the tree.
Credit
Simeon Wright
Right to Use
20/20
Image