Oak wilt is a lethal disease of oaks, especially species in the red oak group. The fungus responsible, Bretziella fagacearum, invades the tree, causing it to die. In Missouri, the oak wilt fungus is spread primarily when sap-feeding beetles carry oak wilt spores to fresh wounds during the early part of the growing season. Once established in a tree, oak wilt can move though root grafts to nearby oaks.

Wilted leaves look olive drab or light tan to bronze starting at the margins and progressing toward the leaf base. Brown or black streaking may be seen under the bark of wilted branches in both groups of oak.

In red oaks, rapid defoliation (leaf loss) can occur within two to six weeks of initial infection, and death occurs within a year. White oaks may take years to die from the infection.

When conditions are ideal for oak wilt, fungal mats form under the bark of dead red oaks in the spring following tree death.  The fungal mats cause cracks in the bark and emit a sweet, fermenting odor that attracts sap-feeding insects that spread the fungus. Squirrels may chew through the bark to expose these areas. 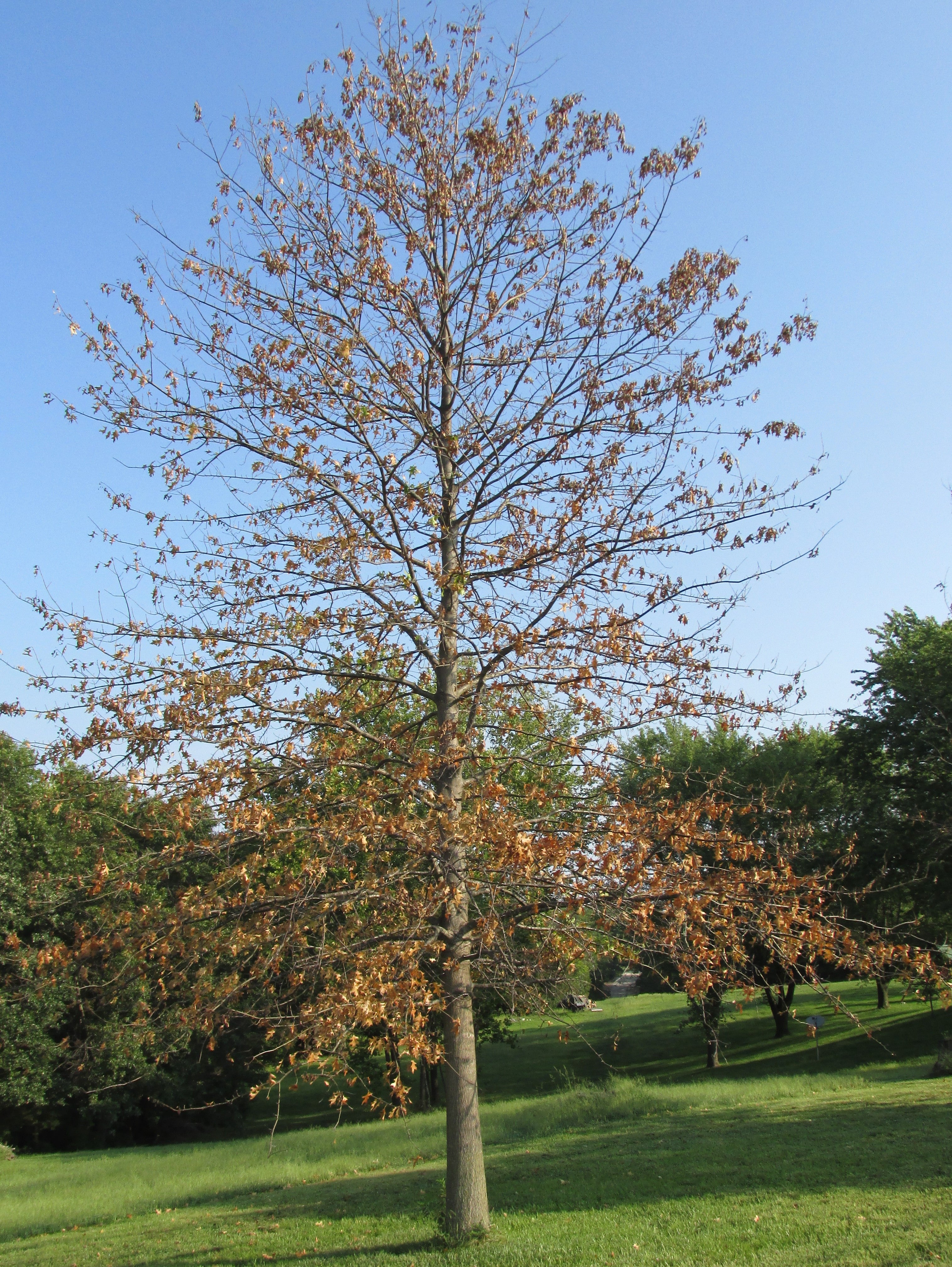 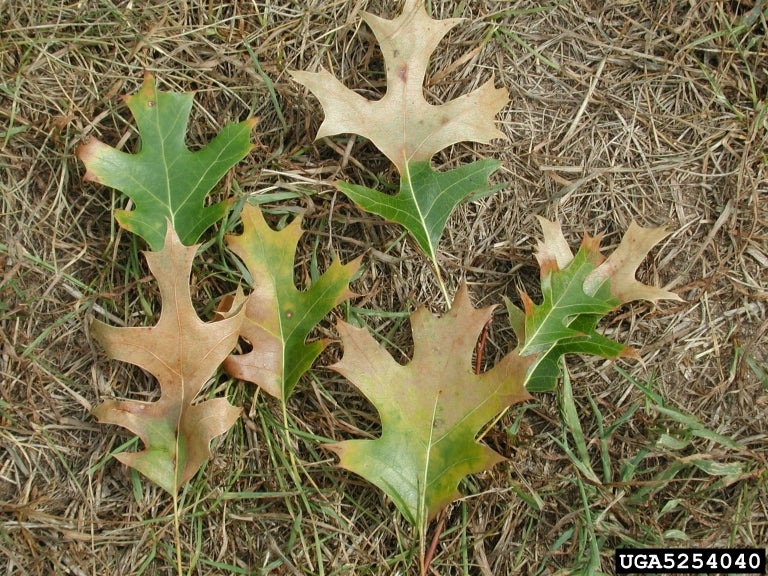 Is user submitted
Caption
Wilted leaves are olive drab or light tan to bronze tissue starting at the margins and progressing toward the leaf base.
Credit
Joseph O'Brien, USDA Forest Service, Bugwood.org
Right to Use
Media
Image 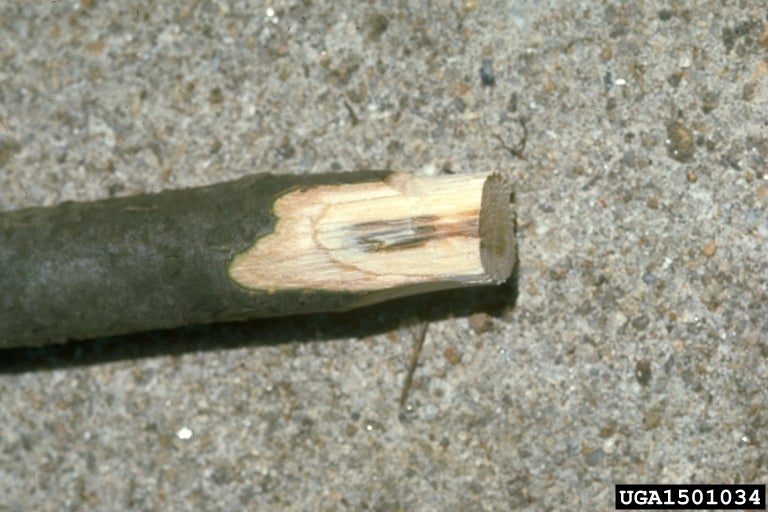 Is user submitted
Caption
Brown or black streaking may be seen under the bark of branches that have oak wilt in both white and red oaks.
Credit
Robert F. Bassett, USDA Forest Service, Bugwood.org
Right to Use
Media
Image 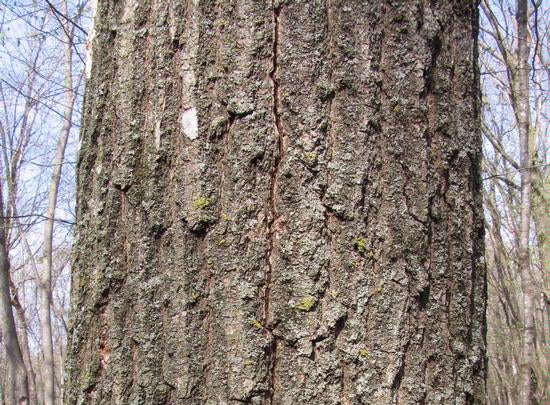 Once a red oak tree displays extensive crown wilt symptoms, the tree will die. White oaks may survive the disease for several years with careful pruning of infected branches and good tree care.

Accurate diagnosis of oak wilt is essential for appropriate treatments as other disorders can look similar. Contact your local MDC forester or see www.npdn.org to find labs that can confirm oak wilt.

Don't prune from mid-March through June!

Root grafting is less common in Missouri than in some states, and only occurs when oaks of the same species grow in close proximity. Fungicide application is costly, may need to be repeated every 1–3 years, and where root grafting occurs, is most effective when combined with graft disruption.

Remove diseased trees after they have completely died but before the following spring when fungal mat development is possible. Removal of sick trees prior to death can hasten the movement of the fungus to nearby oaks if root grafts are not first disrupted.

Unseasoned firewood from infected trees can spread the disease; however, it is safe to burn infected wood, and burning destroys the fungus. Cover potentially infected firewood with 4-mil clear plastic and bury the edges with soil until the end of the following summer.

Landowners with oak wilt in woodlots or forests should consult their local MDC forester for appropriate treatment options.