Adult annual cicadas have black, green, or olive-patterned bodies, often with a whitish cast on the underside, black or brown eyes, and 4 membranous wings with a black or green tinge. They crawl and fly but do not jump. The mouthparts, tucked beneath the head, are like a small, sharp straw. The antennae are short, and there are 3 ocelli (eyespots) in addition to the 2 larger, compound eyes. Compared to periodical (13- or 17-year) cicadas, annual cicadas are larger. Adult males have a sound-producing organ that emits a loud, raspy call used to attract females. Different species, such as the scissor grinder and buzz saw cicadas, have distinctively different types of calls and call at different times of day. Adult females have a curved ovipositor at the lower end of the abdomen, used to insert eggs into slits in twigs.

Nymphs are tan or brown, wingless, stout, with the front pair of legs specialized for burrowing in soil and for clinging onto trees as they undergo their final molt into adults.

A number of annual cicada species occur in Missouri. They can often be identified by their song, and the time of day they sing. Some notable species include 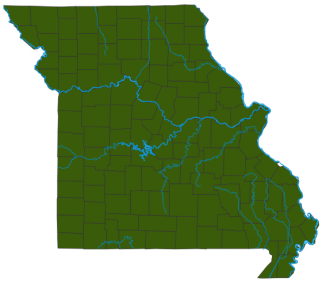 Annual cicadas are most common in forested and wooded areas, parks, and forest borders, as eggs are laid in tree twigs and nymphs depend on tree roots for their nourishment. As winged adults, cicadas can fly anywhere, such as into nearby pastures and fields, but they rarely go far from the trees, from which males do most of their raspy calling and where the females lay their eggs.

Annual cicadas are common throughout the state. In addition to preferring areas where trees are abundant, cicadas also succeed in areas where the land is left relatively undisturbed for the few years it takes the nymphs to grow. Because the nymphs live underground, suck juices from plant roots, and then must crawl out of the ground, large earthworks, deforestation, insecticides, enormous paved parking lots, and residential and commercial developments can decrease populations locally.

Cicadas, like most true bugs, have sucking mouthparts like small, sharp straws. Cicada nymphs live underground, sucking from the roots of trees and other plants. Winged adults can suck plant juices, too, although they live for only a few weeks aboveground. It is very uncommon, but if you let a cicada sit quietly on your hand or arm for a long time, it may jab you with its mouth, mistaking you for a plant — painful, but a harmless accident, and certainly not an act of aggression or even defense.

Until quite recently, most annual cicadas were placed in genus Tibicen, but researchers determined that the group actually comprised subgroups worthy of being called separate genera. Thus only some European species remain in genus Tibicen, while a majority of North American annual cicadas are in the newly created genus Neotibicen. Some authorities further separate some species into genus Megatibicen. Some species in the US west have been placed in the new genus Hadoa.

Cicadas begin life as an egg laid in a slit of a tree twig. Some species lay eggs in living twigs, others in dead twigs. Upon hatching, the tiny nymph drops to the earth and burrows down, where it will live most of its life, sucking juices from plant roots. The nymphs of annual cicadas remain underground for 2–5 years. When ready, during the dog days of July and August, they claw to the surface, climb a tree or other object, and molt to become a winged adult. The shed skin remains behind, while the adults sing, mate, and produce the next generation. These animals are called "annual cicadas" because each year, some members of the species emerge as adults.

Though it may seem strange to us, people in many countries eat large, meaty cicadas regularly.

Cicadas are a popular bait for anglers.

Because of the predictable timing of their emergence in the dog days of summer, the first soundings of annual cicadas figure into folk wisdom, such as calculating the number of weeks to the first frost.

Many species of birds, insects, spiders, and other animals feed on these large bugs. Cicada killers are a remarkably large species of wasp that specializes in capturing annual cicadas and feeding them to their young.

The deep incisions that female cicadas make in twigs of trees when they lay eggs can weaken and break those twigs, thus serving as a natural pruning process.

The burrowing of nymphs aerates the soil. 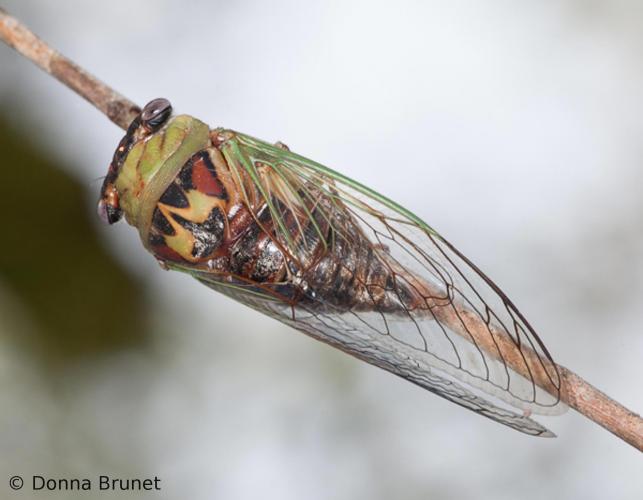 Caption
Annual cicadas look like larger and greener versions of the famous periodical cicadas. Annual cicadas go through a life cycle of only about 2–5 years, and some are present every year — thus they are called annual.
Credit
Donna Brunet
Right to Use
1/3
Image 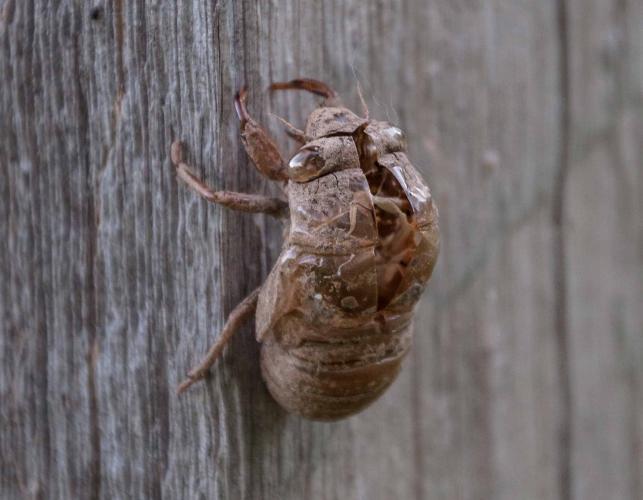 Caption
Annual cicada nymphs climb up trees or other objects, where they molt and become winged adults. Their shed skins remain behind.
Right to Use
2/3
Image 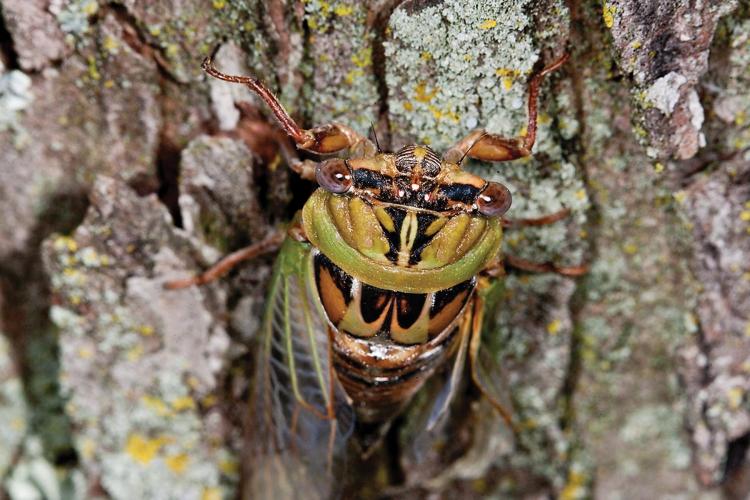 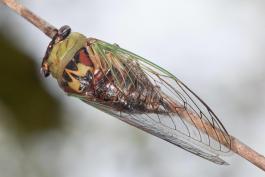 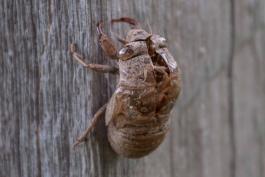 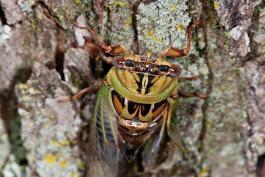 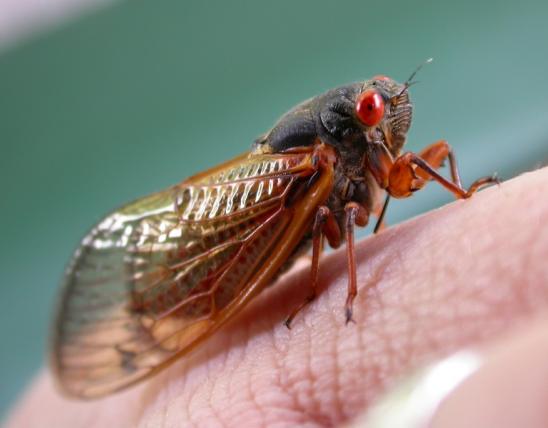 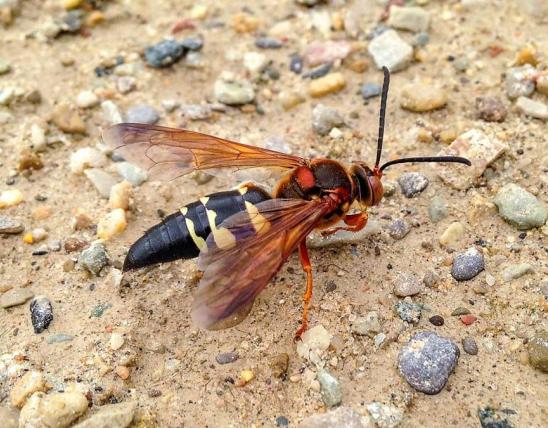 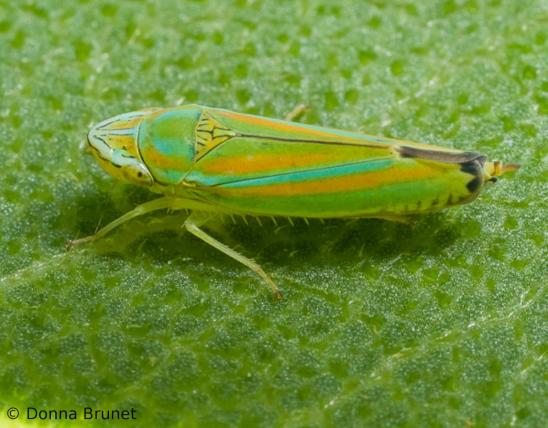 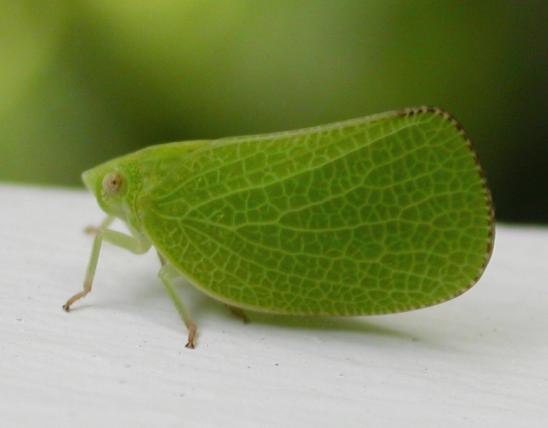 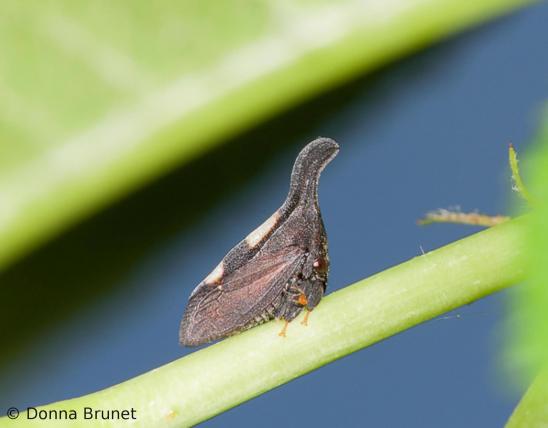 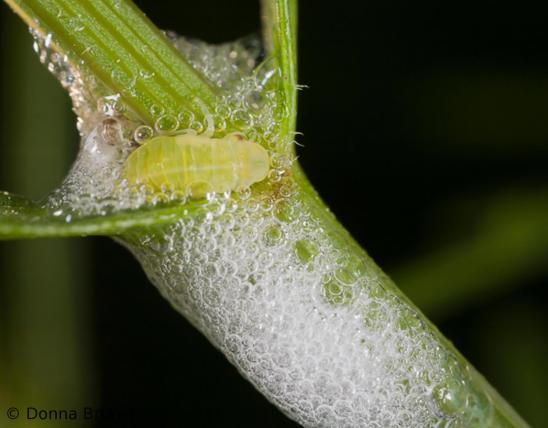 Spittlebugs and Froghoppers
About Land Invertebrates in Missouri
Invertebrates are animals without backbones, including earthworms, slugs, snails, and arthropods. Arthropods—invertebrates with “jointed legs” — are a group of invertebrates that includes crayfish, shrimp, millipedes, centipedes, mites, spiders, and insects. There may be as many as 10 million species of insects alive on earth today, and they probably constitute more than 90 percent all animal species.