The tadpole madtom can be distinguished from Missouri’s other madtoms by the following:

The back and sides are uniformly light tan or chocolate brown with a narrow dark line along the midside. The belly is pale white or pale yellow. The fins are similar in color to the adjoining parts of the body.

Similar species: Missouri has three other madtoms whose bodies are rather uniformly colored and lack distinct dark blotches, bars, or saddle marks: The stonecat and the freckled madtom, and the slender madtom. The stonecat and the freckled madtom (N. flavus and N. nocturnus) both have an “overbite,” with the upper jaw overhanging the lower jaw instead of the two jaws being nearly equal. The slender madtom (N. exilis) shares with the tadpole madtom the “equal” jaw length, but its anal, tail, and dorsal fins are dark-edged, and its pectoral fin spine has well-developed teeth on the back margin. It’s also a slenderer fish (not chubby like the tadpole madtom).

Size
Adult length: commonly 2–3½ inches; maximum about 4 inches.
Where To Find
The tadpole madtom occurs in Missouri’s southeastern lowlands and in a broad zone from southwest Missouri to northeast Missouri. It is absent from northwest Missouri and most of the Ozarks.

The tadpole madtom occurs throughout the Bootheel lowlands and in a broad zone extending from the Spring River in southwest Missouri into the tributaries — creeks and backwaters — of the Missouri River in central Missouri and of the Mississippi River in northeastern Missouri.

It is the most abundant madtom in the Bootheel lowlands, and it is common in northeastern Missouri. It occurs only peripherally in the Ozarks, and it is absent from most of the prairie region of northwest Missouri.

It inhabits clear to moderately turbid waters having little current. It requires an abundance of cover, thick growths of submergent plants or accumulations of leaves, sticks, and other organic debris. In the Bootheel lowlands, it is abundant in ditches having thick growths of submerged aquatic plants and along the margins or the swifter ditches in beds of water willow (Justicia) or deposits of detritus. In the prairie region of northeast Missouri, it inhabits quiet pools of sluggish creeks draining level uplands and backwaters and overflow pools along the larger rivers.

Like all madtoms, this fish is secretive, spending daylight hours lurking about heavy cover. It comes out at night to forage for food.

Life Cycle
Spawning occurs in June or July. Egg clusters have been found in tin cans or beneath boards or crockery, guarded by one or both of the parents. Most individuals probably mature during their second summer of life, and few live beyond their third summer.

Madtoms are eaten by larger fish, including smallmouth bass, walleye, and trout. Some anglers collect them for bait.

These diminutive catfish can inflict a painful puncture wound with the spines on their pectoral and dorsal fins. Like all of Missouri’s catfish species, madtoms have venom glands at the base of these fins. The glands secrete venom that becomes incorporated in the slime and cells that make up the spine. Because madtoms are so small, it's difficult to avoid their tiny, sharp spines, especially if you are trying to impale them on a fishing hook. Many describe the pain that comes from being “horned” by a madtom as similar to a bee sting. Others claim it to be much worse. It’s best to handle madtoms carefully. 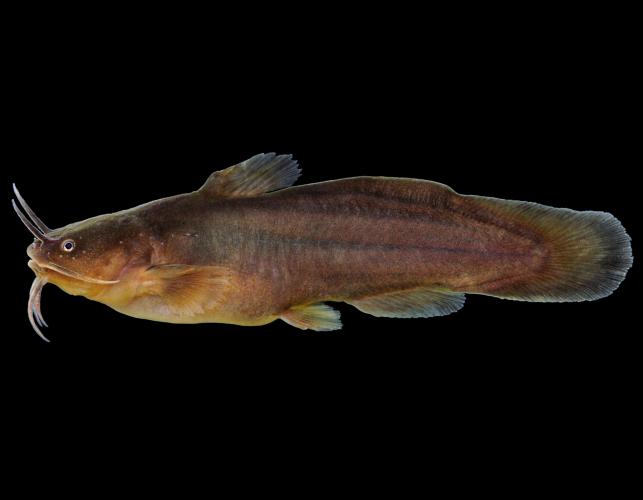 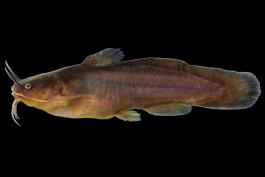