The stonecat is the most common madtom catfish in the large streams in the northern Ozarks and Prairie region. Its body and fins are nearly plain, its upper jaw projects beyond the lower jaw, and its lower lip and chin lack dark pigment.

The stonecat can be distinguished from our other madtoms by the following:

Similar species: Missouri has three other madtoms whose bodies are rather uniformly colored and lack distinct dark blotches, bars, or saddle marks: The slender, tadpole, and freckled madtoms. The slender and tadpole madtoms (N. exilis and N. gyrinus) have the upper and lower jaws about equal (the upper jaw does not overhang the lower jaw). The freckled madtom (N. nocturnus) shares with the stonecat the “overbite,” but it lacks the backward extensions on the teeth pad of the upper jaw, plus its lower lip and chin are heavily speckled with dark pigment.

The stonecat is the most common madtom in the large streams in the Prairie region of northern Missouri and in the northern Ozarks. In the headwaters of these streams, it is often replaced by the slender madtom. It also occurs commonly in the upper and middle sections of the Mississippi River but is rare in the lower Mississippi and Missouri rivers.

The stonecat lives in varied stream types but avoids those with intermittent flow or extremely high gradients. In stream systems where both occur, the stonecat is generally more abundant than the slender madtom in the largest rivers, but it is gradually replaced by that species toward the headwaters. In most streams, the stonecat occurs in riffles or runs having noticeable current and firm substrate that includes considerable loose rock. In the Missouri River, it is found in swift channels over sand substrates.

Like most other madtoms, the stonecat is most active at night, hiding by day in cover, such as beneath large rocks or in patches of detritus lodged in river sand.

Stonecats appear to feed mostly on the immature stages of various riffle-dwelling insects, supplemented with an occasional darter or other small fish. Larval stoneflies, mayflies, caddisflies, and midges are favorite foods. When young and small, stonecats consume quantities of blackflies; when older and large, stonecats eat significant amounts of crayfish.

Life Cycle
Stonecats spawn in early to midsummer. In the Meramec River, nests containing recently spawned eggs and nests containing 6-day-old fry have been observed in mid-July. As with other madtoms, males excavate nest cavities from beneath flat stones and guard the eggs and fry. Stonecats can live to be at least 7 years old.

These small catfish can inflict a painful puncture wound with the spines on their pectoral and dorsal fins. Like all of Missouri’s catfish species, madtoms have venom glands at the base of these fins. The glands secrete venom that becomes incorporated in the slime and cells that make up the spine. Because madtoms are so small, it's difficult to avoid their tiny, sharp spines, especially if you are trying to impale them on a fishing hook. Many describe the pain that comes from being “horned” by a madtom as similar to a bee or wasp sting. Others claim it to be much worse. It’s best to handle madtoms carefully.

Because stonecats cannot tolerate heavy siltation or pollution, their presence or absence in a stream is an indicator of water quality. Non-point-source pollution is an important concept for people to understand. It’s easy to see how dumping a pollutant right into a stream can degrade water quality, but it’s a little harder to grasp how oil, detergent, salt, fertilizer, or pesticide applied to land that seems far from a stream is ultimately washed into our waterways. It’s also harder to grasp how construction, plowing, or other soil disturbance on “dry land” can lead to siltation in nearby streams. Fortunately, people can learn these principles and take care to prevent our streams from being degraded.

Stonecats from the Missouri River and from the middle and lower Mississippi have much smaller eyes and a paler coloration than those from elsewhere in Missouri. These differences may be a response to environmental conditions, but the matter deserves further study. 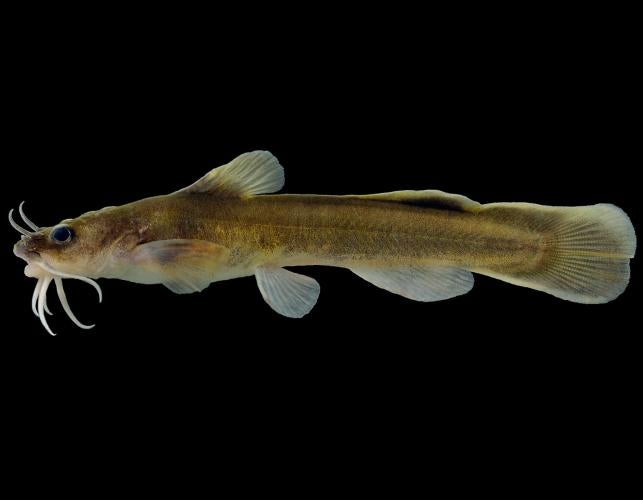 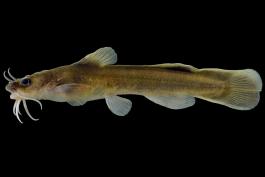