The slender madtom is a small, slender catfish with the rear margin of the tail fin rounded or squarish, and the adipose fin forming a low, keel-like ridge, rather than a free, flaplike lobe. In the western and northern Missouri Ozarks, it is the most common madtom in small and medium-sized streams that have gravel bottoms, clear water, and permanent flow. It is scarce in the southern Ozarks, however.

The slender madtom may be identified by the following: the pectoral spine has well-developed sawlike teeth along the rear margin. The dorsal, tail, and anal fins are prominently dark-edged or at least darkest along the outer margins; otherwise, the body and fins are nearly plain, without definite dark blotches, bars, or speckles. The upper jaw does not project beyond the lower jaw (the two are nearly equal). The tooth pad on the upper jaw lacks backward extensions. The notch between the adipose fin and the tail fin is closer to the tip of the tail fin than to the dorsal fin base.

Similar species: In shape and coloration, the stonecat (N. flavus) and freckled madtom (N. nocturnus) are most similar, but both of them have the upper jaw projecting well beyond the lower jaw. The tadpole madtom (N. gyrinus) also does not have distinct dark body blotches, bars, or saddle marks, and its lips appear even (lacking the “overbite”), but it is a much chubbier fish and lacks dark edges to the fins. 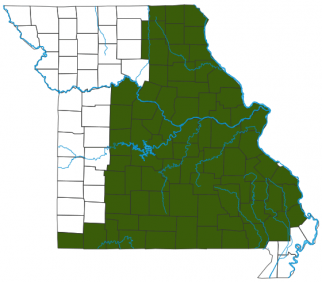 Common over most of the Ozarks and in the clearer prairie streams of northeastern Missouri.

A widespread and characteristic madtom of Ozark streams. The slender madtom prefers small- to medium-sized streams with rock or gravel bottoms, relatively clear water, and permanent flow. As with most other madtom species, adults hide beneath rocks or in spaces between gravel during the day and forage actively at night.

The slender madtom occurs abundantly in streams ranging in size from small creeks to moderately large rivers. Its principal requirements appear to be permanent base flow and extensive areas of silt-free gravel, rubble, and boulder or slab-rock substrate. It tolerates moderate amounts of turbidity and generally is scarce in streams that are extremely clear. It is primarily a riffle species but also occurs in raceways and shallow pools having sufficient current to keep the substrate free of silt.

The slender madtom is the most abundant madtom (or is exceeded in abundance only by the stonecat) in a broad, southwest-to-northeast zone from the Neosho (Spring-Elk) stream system of the southwestern Ozarks across the Osage and Gasconade drainages into direct tributaries of the lower Missouri and upper Mississippi rivers. It is uncommon in the southern and eastern Ozarks and is absent from the Bootheel lowlands, most of the northwestern prairie region, and the Missouri and Mississippi rivers.

Slender madtoms emerge from their hiding places to forage between dusk and dawn. They eat the larvae of true flies (such as midges), plus mayfly and caddisfly larvae, other aquatic insects, small crustaceans (amphipods and copepods), and filamentous algae on the stream bottom.

One of the most common and widely distributed madtoms in our state. It is much too small to be a game fish.

The slender madtom is wide ranging, with two separate concentrations: one centered in the Ozarks of Missouri and Arkansas and extending into Kansas, Oklahoma, and southern Illinois, and the other in Tennessee, Kentucky, Alabama, and Mississippi. Additional separate populations occur in Illinois, Iowa, Wisconsin, and Minnesota. The populations have been decreasing, and the overall range contracting, with time. Wisconsin and Mississippi populations are especially threatened. Causes include changes in water flow caused by dams and stream channelization, pollution, and siltation caused by agricultural runoff and other soil disturbances.

Life Cycle
Adults reach maturity during their third summer of life. Spawning is in spring: Females containing fully developed eggs have been collected in April and early May, and males guarding eggs and newly hatched fry have been observed during the first two weeks of July. During spawning season, the head of the male broadens and enlarges, and the lips thicken. Males excavate small cavities beneath large rocks in riffles and shallow gravelly pools. After depositing eggs into the nest of one male, the female moves on, sometimes to deposit a second cluster of eggs in another nest. The male guards the nest and fry until their yolk sacs are absorbed. In the wild, the life span is usually 3 or up to 5 years, but it can be up to 6 years in captivity.

This catfish adapts well to aquarium life and makes an attractive and interesting aquarium fish. Nongame fishes may be collected for aquarium purposes by the holder of a fishing permit, using techniques and in numbers specified for bait collecting in the Wildlife Code of Missouri.

Non-point-source pollution is an important concept for people to understand. It’s easy to see how dumping a pollutant right into a stream can degrade water quality, but it’s a little harder to grasp how oil, detergent, salt, fertilizer, or pesticide applied to land that seems far from a stream is ultimately washed into our waterways. It’s also harder to see how construction or other soil disturbance on “dry land” can lead to siltation in nearby streams. Fortunately, people can learn these principles and take care to prevent our streams from being degraded.

Madtoms are eaten by larger fish, including smallmouth bass, walleye, and trout. Some anglers collect them for bait.

These diminutive catfish can inflict a painful puncture wound with the spines on their pectoral and dorsal fins. Like all of Missouri’s catfish species, madtoms have venom glands at the base of these fins. The glands secrete venom that becomes incorporated in the slime and cells that make up the spine. Because madtoms are so small, it's difficult to avoid their tiny, sharp spines, especially if you are trying to impale them on a fishing hook. Many describe the pain that comes from being “horned” by a madtom as similar to a bee sting. Others claim it to be much worse. It’s best to handle madtoms carefully.

Eggs and fry of slender madtoms are eaten by crayfish, stonerollers, and darters.

The slender madtom and orangethroat darter eat the same foods and thus are direct competitors in a stream. 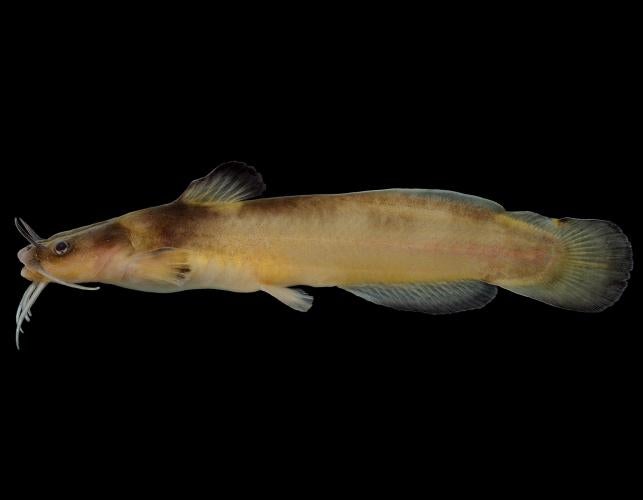 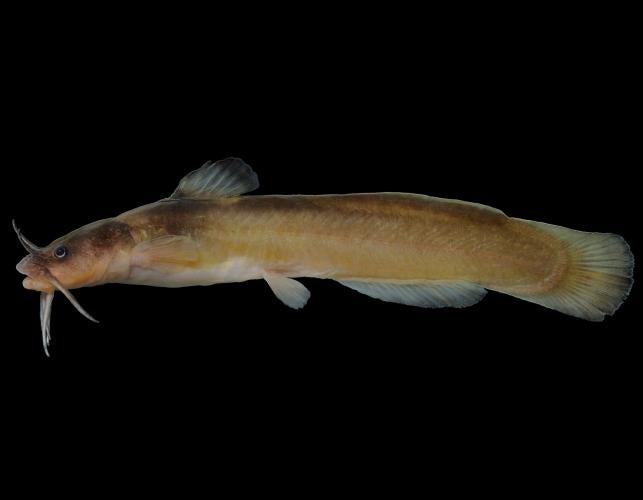 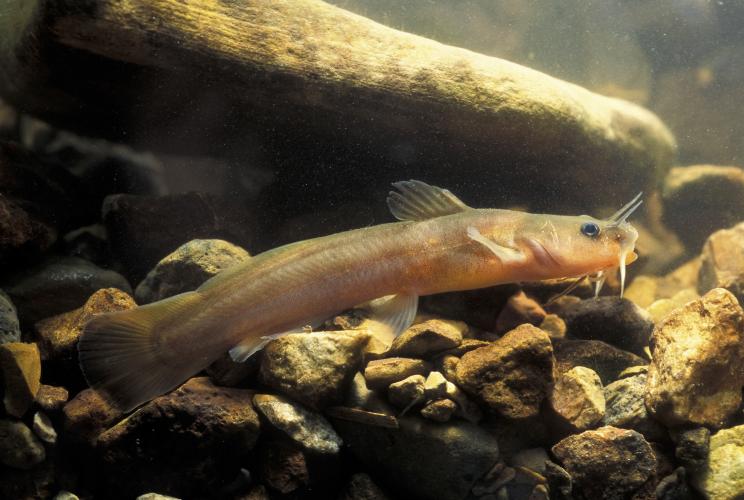 Caption
The slender madtom is one of the most common and widely distributed madtoms in Missouri.
Credit
Jim Rathert
Right to Use
3/3
Image 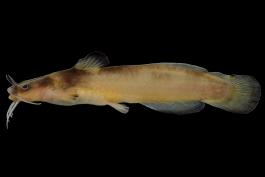 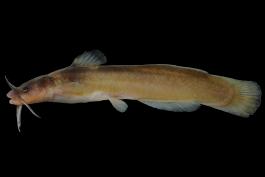 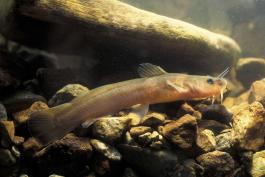