The brindled madtom inhabits many of the same lowland streams and ditches as the tadpole madtom, and is nearly as common. Brindled madtoms are more often found in pools, however. The species also inhabits the Spring River system in southwest Missouri.

The brindled madtom is small and moderately chubby. It can be distinguished from other Missouri madtoms by the following:

The back and sides are yellowish brown with dusky mottlings. The back has 4 dark crossbars. The belly is pale yellowish white. The fins are marked by prominent blackish bands and blotches.

Similar species: The Neosho madtom (N. placidus) is similar but has the dark bar or blotch at the base of the adipose fin extending only into the basal half of fin (not all the way to or very near to the fin margin, as in the brindled); also, the Neosho madtom never has a narrow dark line at the base of the tail fin shaped like a question mark. The checkered madtom (N. flavater) has a prominent dark bar across the body near the base of the tail fin; sharply defined dark bars; only slight mottling; and the dark tip of the dorsal fin extends across the fin except for the last fin ray.

Size
Adult length: commonly 2¼–3½ inches; maximum of about 4 inches.
Where To Find
Two separate areas in Missouri: the lowlands of southeastern Missouri, and the Spring River system of southwestern Missouri.

The brindled madtom occurs in two separate areas of Missouri. Its main area of occurrence is in the lowlands of southeastern Missouri and nearby parts of the Ozarks. The other area is in the Spring River system of southwestern Missouri, where the Prairie and Ozark regions meet.

This madtom is locally abundant in a few southeast lowland ditches, but otherwise it occurs in low populations densities over most of its Missouri range.

The brindled madtom inhabits streams having low or moderate gradients and a permanent flow of warm, moderately clear water. It usually is found in pools having slight current and gravelly or sandy bottoms. Often, considerable quantities of detritus, such as sticks and leaves, are present.

Like most other madtoms, this species is nocturnal and secretive, getting most of its food on or near the bottom.

The brindled madtom hunts on the bottom at night, using its sensitive barbels to touch and taste for food. Its diet consists mostly of immature aquatic insects, including midges, black flies, mayflies, and caddisflies, and also adult aquatic sowbugs.

Life Cycle
In southeast Missouri, this madtom spawns during late spring and summer. Females full of eggs and females that had recently spawned have been collected there in late May. In nearby Illinois, males guarding nests of eggs were observed in late June. Nests are excavated beneath flat rocks in pools, but brindled madtoms have known to nest in beer cans. Females become sexually mature in their second summer of life, while males mature in their third summer. Few, if any, survive a fourth summer. 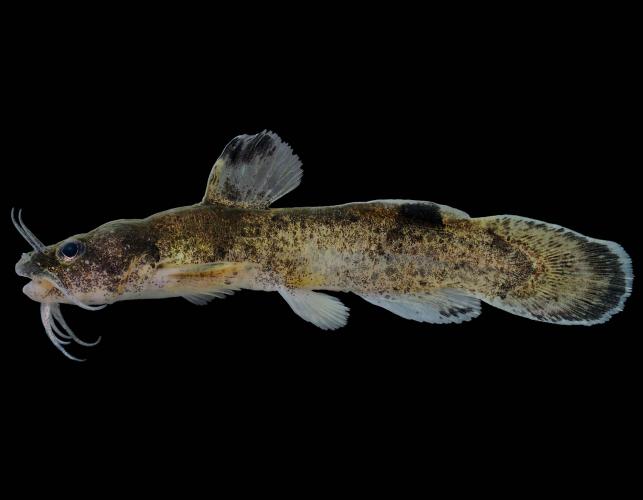 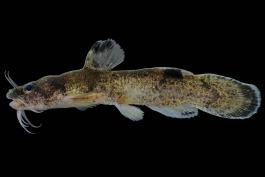