Blue catfish, like our other catfish, have smooth, scaleless skin and barbels (“whiskers”) around the mouth. This species has a deeply forked tail like the channel catfish, but the blue catfish can be distinguished by the following:

The back and upper sides are pale bluish silver, grading to silvery white on the lower sides and belly. the fins are clear or whitish, often dusky toward the outer margin.

Missouri's other catfishes do not have deeply forked tail fins. Mostly in central and eastern Missouri, in the Missouri, Mississippi, and Osage rivers and the lower reaches of their larger tributaries, including the Grand, Gasconade, and Salt. Occasionally stocked in impoundments, but populations there are not self-sustaining.

The blue catfish is a big-river fish, preferring swift chutes, pools with noticeable current, and silt-free substrates of sand, gravel, and rubble. In Missouri, it's most common in the Mississippi, Missouri, and Osage rivers. It occasionally is found in the lower reaches of those rivers' larger tributaries, including the Grand, Gasconade, and Salt rivers.

The blue catfish has nearly disappeared from the Mississippi drainage upstream from the mouth of the Missouri River, but populations in other Missouri streams appear to be stable. Seasonal movements of this catfish upstream into the upper Mississippi River are now hampered by dams.

A population that formerly occurred in the White River disappeared after construction of Bull Shoals and Table Rock reservoirs.

The blue catfish has been stocked in smaller impoundments around the state, but these have not resulted in the establishment of self-sustaining populations.

The blue catfish seldom achieves the high population densities of the channel catfish, and it is less abundant at most localities than the flathead catfish.

As with other catfish, blue cats use their sensitive barbels for detecting food. Blue catfish feed mostly on or near the bottom and, to a lesser extent, in midwater. They eat a variety of animal life, including fishes, immature aquatic insects, crayfish, fingernail clams, and freshwater mussels. A blue cat as small as 4 inches in length may eat some fish, but most of the diet of smaller blue catfish is composed of small invertebrates. Blue catfish larger than 8–13 inches eat mostly fish and larger invertebrates.

The blue catfish apparently is somewhat migratory, moving seasonally in response to changes in water temperature. In the lower Mississippi River, it moves farther down river where the water is warmest in winter, and it runs upstream in summer.

In our part of the country, blue catfish spawn in late spring or early summer, probably May and June. Nesting behavior is similar to that of the channel catfish. The male, sometimes with the help of the female, selects and guards the nest site in dark secluded areas such as cavities in drift piles, logs, undercut banks, and rocks.

The growth rate of blue catfish is more rapid than that of the channel catfish and is nearly equal to that of the flathead catfish. In the wild they can live to be at least 21 years old.

Because of its large size and firm, well-flavored flesh, the blue catfish is a highly valued food fish. It is much sought after by sport fishers along the Osage, Missouri, and lower Mississippi rivers.

Trot lines and jug lines baited with fish and other live or cut baits are the most popular gear for catching blue catfish in the Mississippi and Missouri rivers. On the Osage River below Truman Dam, most catfish are taken on pole and line because of a prohibition on other methods. Many fishers prefer gizzard shad and skipjack herring above all other baits because these are said to release oil into the water that is attractive to catfishes.

The blue catfish is often misidentified as a channel catfish, and most early reports of enormous catfish caught along the Missouri and Mississippi rivers almost certainly referred to the blue catfish. Before 1900, specimens weighing more than 100 pounds were common in Missouri waters. Reports survive from the 1800s of specimens weighing as much as 315 pounds. Blue catfish weighing near or slightly above 100 pounds are still taken occasionally in Missouri. Channel catfish usually only reach 15 pounds, with 35 being the usual maximum for that species.

These carnivorous bottom feeders control populations of invertebrates and some fish species.

The blue catfish has been introduced in several places it is not native to, and in some of those locations, its numbers have exploded, causing it to be viewed as a pest or invasive species. In the state of Virginia, growing populations of introduced blue catfish in tidal rivers have raised questions about its impact on native shad and herring species and on the native blue crabs that are so important economically in the Chesapeake Bay. Others have pointed out that the blue catfish in that area might also have a beneficial effect, as they apparently also eat invasive hydrilla and Asian clams. Perhaps the take-home point is to realize that introducing any nonnative species into an ecosystem can have potentially profound and unforeseeable effects. 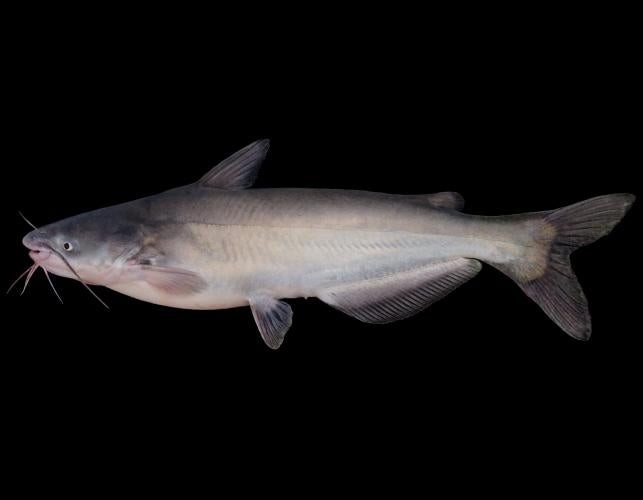 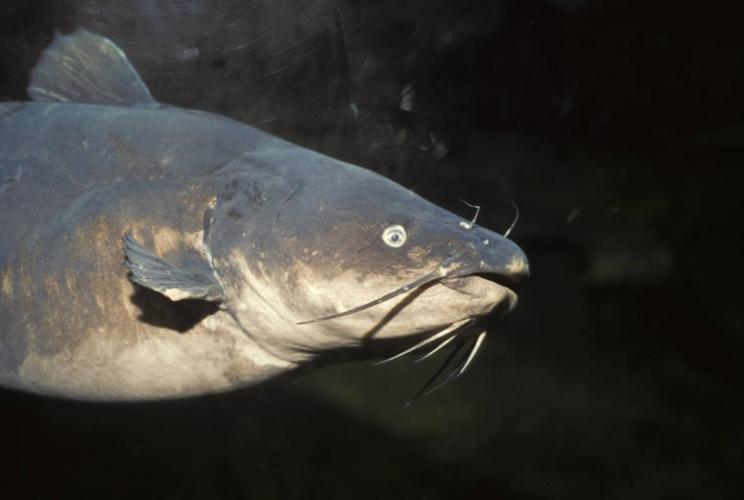 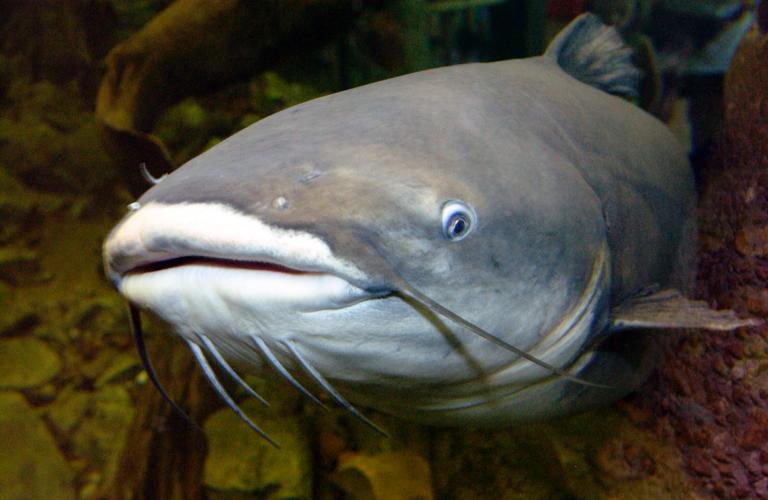 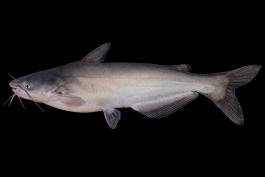 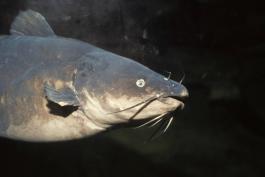 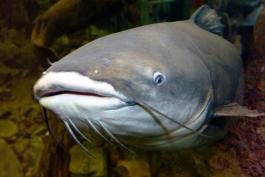 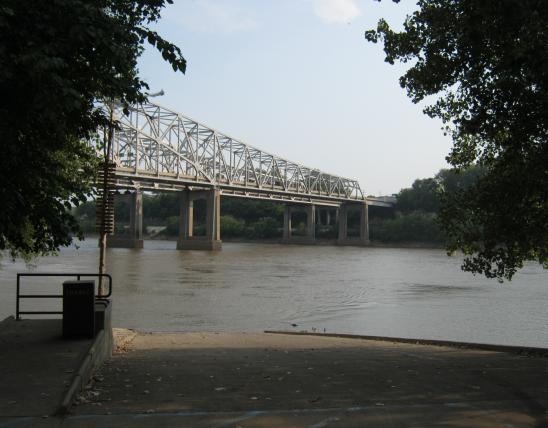 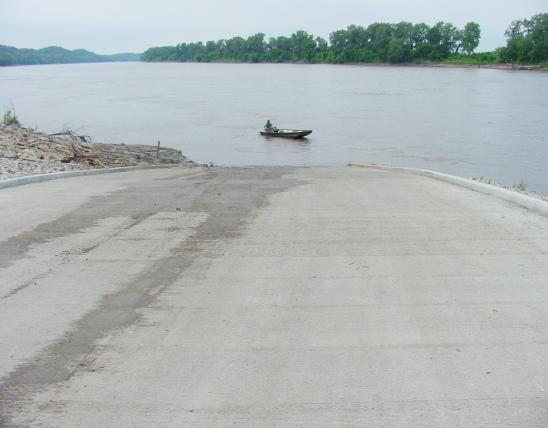 Stump Island Park Access
This area offers access to the Missouri River. There is a concrete boat ramp. This area is located next to Stump Island Park, which is owned and maintained by the City of Glasgow. 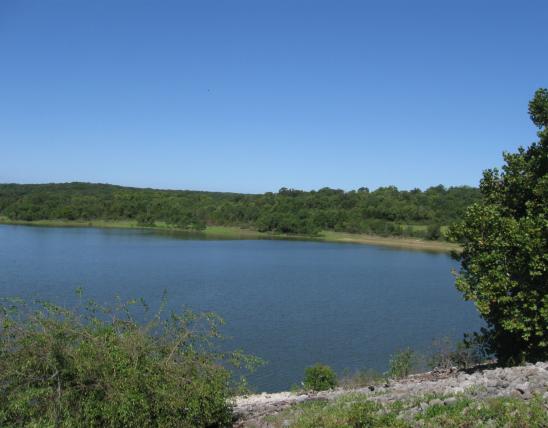