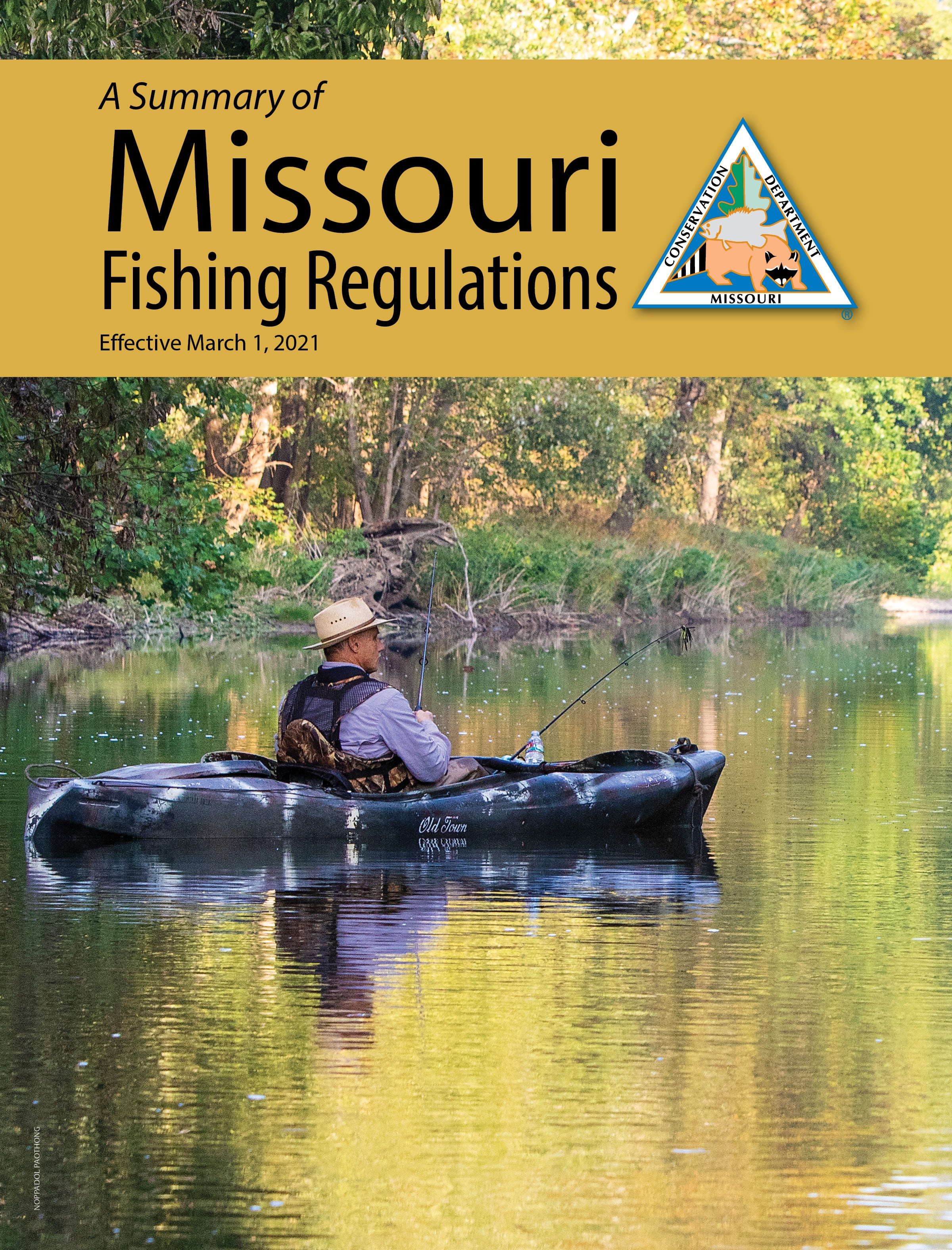 Muskie are known as the "fish of 10,000 casts" because of the time anglers spend in search of this elusive fish. Knowing when, where, and how to fish for muskie will improve your odds and result in some exciting fishing trips.

The most popular technique for catching muskie in Missouri is casting large, artificial lures (usually 5-10" long and weighing 1-3 oz.). This technique allows anglers to cover a lot of water and offer a variety of presentations. Avoid getting too close to the location where you suspect a muskie is lurking. Instead, stay back and cast to the location to keep from spooking the fish. This is especially important in shallow water.

Muskie have a habit of following lures to the boat without striking. Watch for a toothy giant trailing behind your lure. "Follows" are nearly as exciting as a strike and are an important draw of muskie fishing. To convert some of these follows into strikes, a technique known as the "figure eight" is used. Retrieve your lure to within 1 foot of your rod tip but do not remove the lure from the water. Instead, plunge your rod tip into the water and move it in a large, wide figure eight motion. This often provokes a strike from trailing muskie. Make a figure eight after every cast, even if you don’t see a “follow." Warning! These explosive, boat-side strikes are not for the faint of heart.

Trolling is especially effective when muskie are located in deeper, open areas of a lake. Deep-diving crank baits fished near the thermocline (the transition zone between surface and deep water) are most productive. Concentrate effort near underwater structures such as river channels, humps and points.

Like all fish, muskie are easier to catch during certain seasons and times of day. In Missouri, anglers catch most muskie from late September through November and March through mid-June. In addition, muskie fishing is discouraged during the summer because muskies caught and released often die due to the high water temperatures. Muskie become more difficult to catch in the heat of summer and the cold of winter. Like many predatory fish, muskie are most active at dawn and dusk, and these times typically provide the most action, especially on warm, sunny days. Cool, overcast days are usually best for muskie fishing.

Because muskie are not abundant and take many years to reach large sizes, catch-and-release is a valuable tool in maintaining quality muskie fisheries. By releasing a muskie, you have improved the odds that someone else, or even yourself, will catch a muskie on another trip--only next time it will have grown!

It is very important to follow a few basic guidelines when catching and releasing muskie to prevent harm to the fish or yourself. A large, thrashing fish with a mouth full of razor-sharp teeth and hooks can be a problem if not handled correctly. For successful release, follow the simple guidelines listed below.