Rose-pink, also called rose gentian, is a biennial wildflower whose first year is spent as a basal rosette of leaves; it sends up a flowering stalk the second year. The many opposite branches make it look like a candelabra; the stems are square in cross-section and are winged.

Each flower is borne on a stalk arising from the upper leaf axils, to 1 inch across, with 5 spreading corolla lobes; pink (in some localities white), with a green or yellow inner ring; delicately scented. Blooms June–September.

The leaves are opposite, sessile, clasping the stem, ovate to lanceolate, lacking teeth, to 1½ inches long.

Similar species: Prairie rose gentian (S. campestris) has the branches in the flower cluster alternate, not opposite; its calyx tube is prominently 5-ribbed or winged (not smooth), and the plant grows only to about 9 inches tall. It is found in prairies, fields, and roadsides, mostly in the southern two-thirds of the state. Another species, marsh pink (S. brachiata), is rare in our state, having been recorded only from Butler County in southeast Missouri; on it, the lower half of the stem is circular in cross-section (not square as in rose-pink) and is not angled, though the upper half of the stem is angled. Also, its leaf bases are not clasping. Otherwise, it resembles rose-pink. 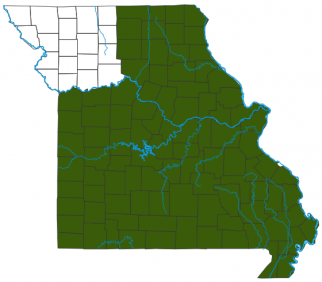 This showy native wildflower should be used more often in flower gardens. The plants reseed themselves and can have a more or less permanent presence. They prefer fairly acid soil and an open situation. Don’t dig plants from the wild; get them from reputable wildflower nurseries.

Bees, butterflies, and skippers visit the flowers, and at least a few moth or butterfly species use it as their larval food plant. 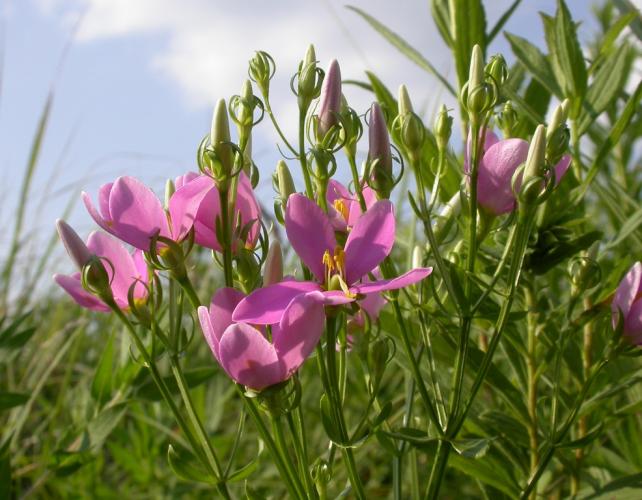 Caption
Each flower of rose gentian is borne on a stalk arising from the upper leaf axils.
Right to Use
1/4
Image 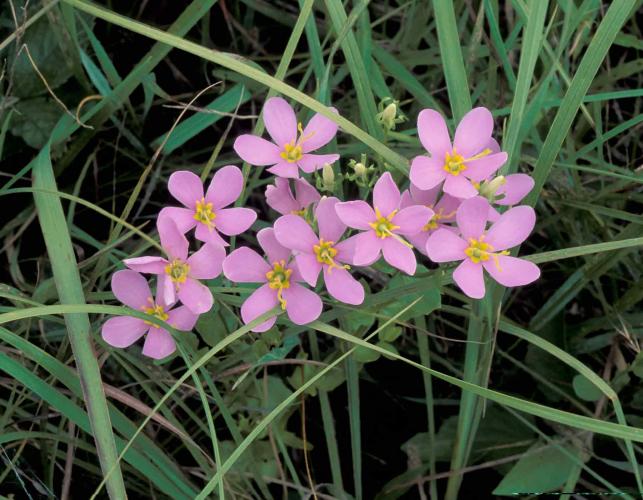 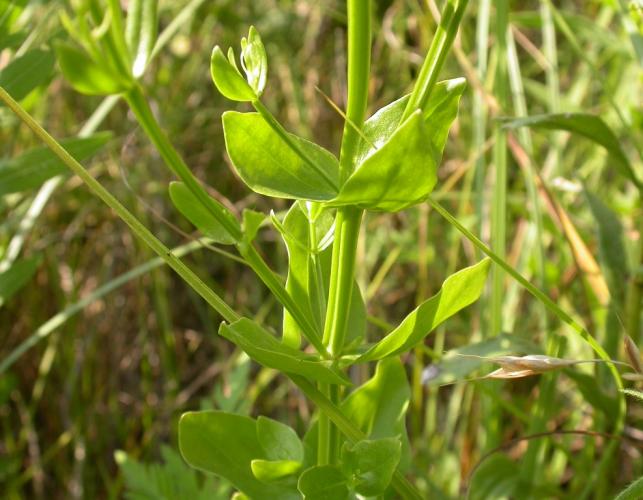 Caption
Rose gentian stems are square and winged. The leaves are opposite, sessile, ovate to lanceolate, and lack teeth.
Right to Use
3/4
Image 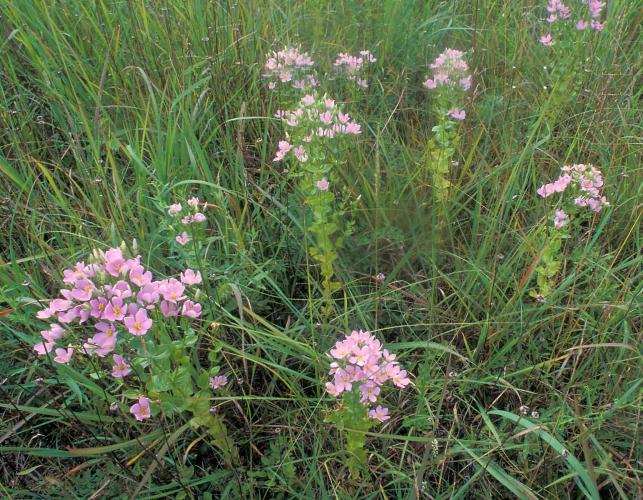 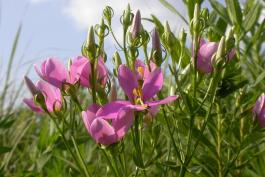 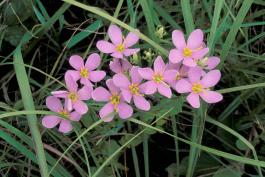 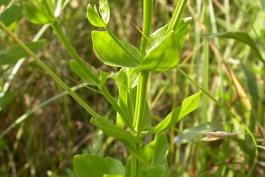 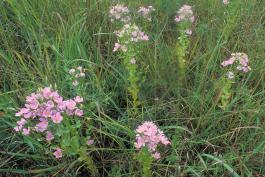 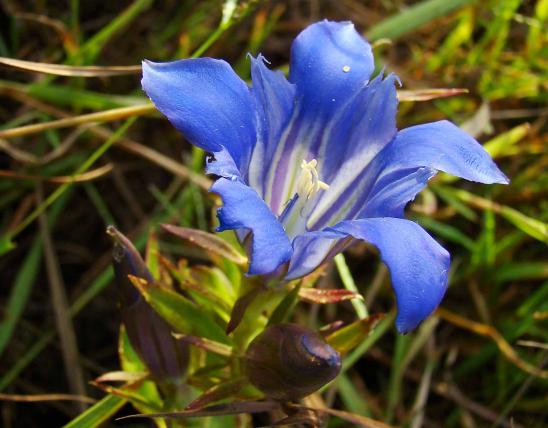 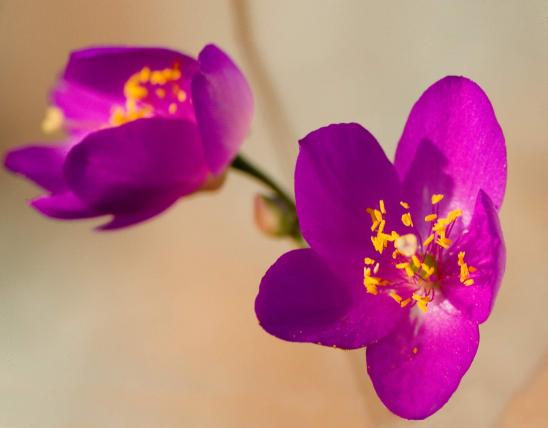 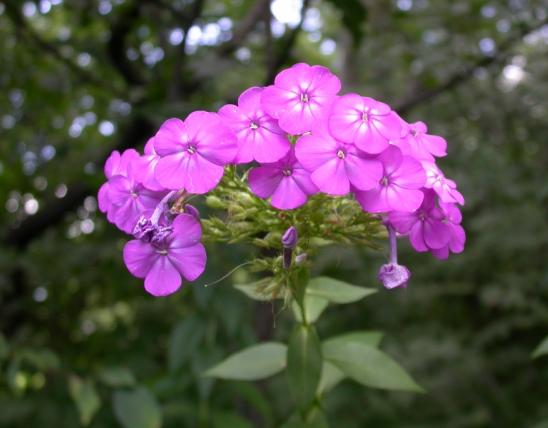 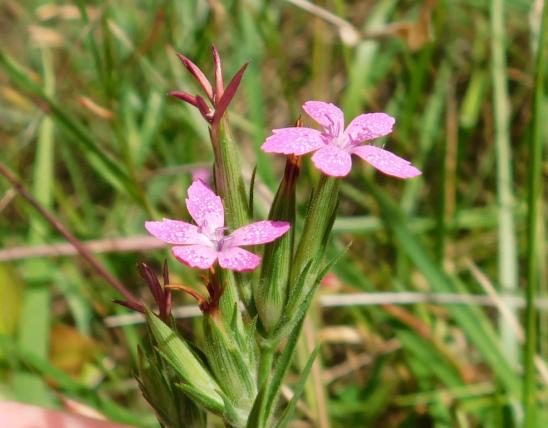 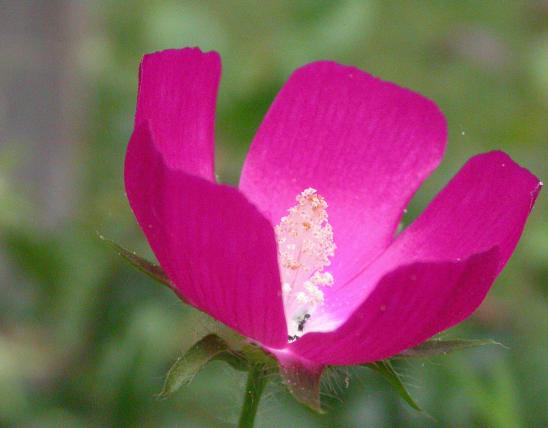 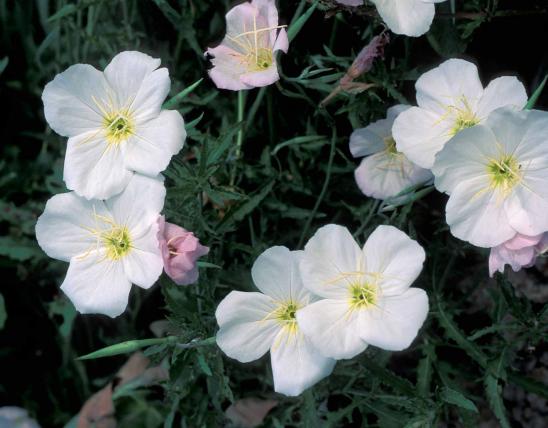 Wild Geranium (Crane's Bill)
About Wildflowers, Grasses and Other Nonwoody Plants in Missouri
A very simple way of thinking about the green world is to divide the vascular plants into two groups: woody and nonwoody (or herbaceous). But this is an artificial division; many plant families include some species that are woody and some that are not. The diversity of nonwoody vascular plants is staggering! Think of all the ferns, grasses, sedges, lilies, peas, sunflowers, nightshades, milkweeds, mustards, mints, and mallows — weeds and wildflowers — and many more!