The European spongy moth (Lymantria dispar), formerly known as the gypsy moth, is one of the most destructive forest pests in the U.S. It was introduced near Boston, Massachusetts, in 1869. Early attempts to eradicate this invader failed, and it has slowly spread over much of the northeastern U.S. The spongy moth now ranges from Maine to Wisconsin, through northern Illinois, and into Ohio and Virginia.

Why is the spongy moth a problem?

Nationwide, spongy moth caterpillars defoliate more than a million acres of forest per year and cost citizens an estimated $868 million in damages annually. Because spongy moths are nonnative, they have few natural enemies in North America. Populations can reach outbreak levels in some years, severely damaging the forest and creating a nasty nuisance for humans. 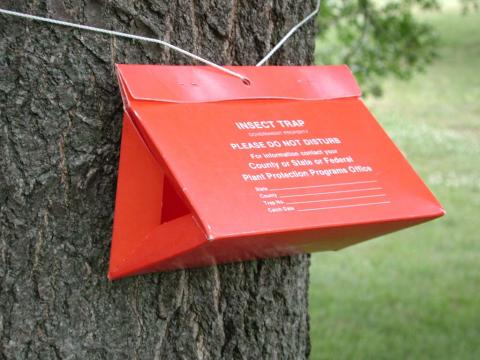 Missouri’s forests are highly susceptible to this pest. Thirteen of the top 20 preferred host species (mostly oaks) are common here. When combined with drought and other tree stressors, defoliation by spongy moth could kill thousands of trees in Missouri.

Ultimately, our oak-dominated forests could change to forests with fewer oaks. Wildlife that depend on acorns, like deer, turkey, and black bear, could undergo high population losses. From an economic perspective, a decrease in oaks would mean Missouri’s timber industry could lose thousands of jobs and the state would lose millions of dollars in tax revenue.

Keeping the spongy moth out of Missouri is the best way to protect our forests. Humans can easily transport this pest to new locations. Several life stages of the spongy moth, including eggs, caterpillars, and pupae, can hitchhike on firewood, outdoor equipment, and vehicles.

If you travel to spongy moth-infested areas of the U.S, inspect your vehicle and outdoor equipment to make sure no stowaways are on board before returning to Missouri. People moving to Missouri from states in the spongy moth quarantine zone are required by federal law to inspect all outdoor items and remove spongy moths in any life stages.

Traps are bright orange, triangular cardboard boxes and are typically placed on oak trees along roads. A pheromone lure inside the traps attracts male spongy moths. These moths are then captured by a sticky material painted on the inner walls of traps. When a moth is captured, dozens of traps are placed in the that area the following year to determine if a reproducing population of spongy moths is present.

These traps help us protect Missouri’s forests from this invasive insect, so please don’t disturb them! If a trap in your area is seen on the ground, please call the phone number on the trap and report its location.

Title
Look Out for Spongy Moths

Watch for unusual insect activity in your area, especially heavy leaf-feeding on oaks. If you notice caterpillars with pairs of red dots and blue dots on their backs, contact your local MDC office or send an email to Forest.Health@mdc.mo.gov. If possible, collect specimens or take pictures of the caterpillars. 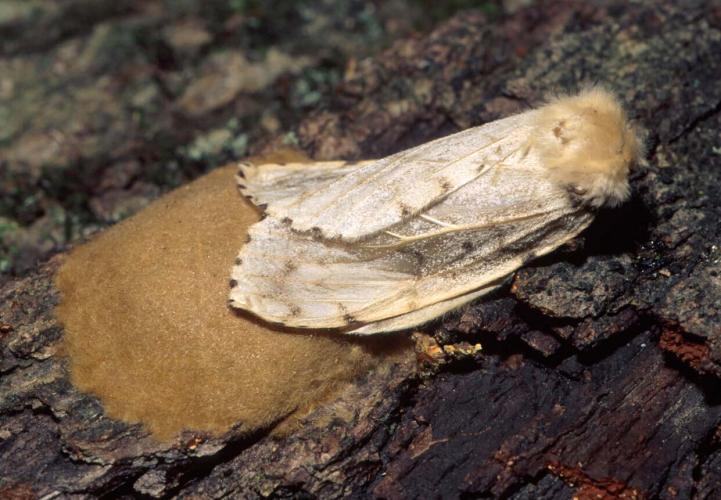 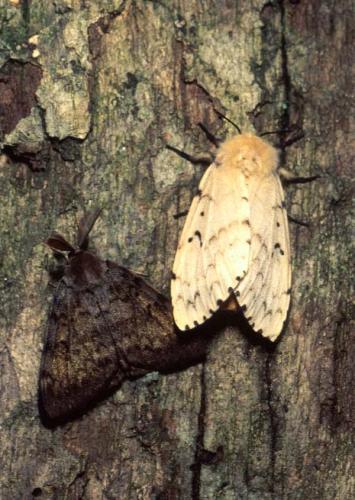 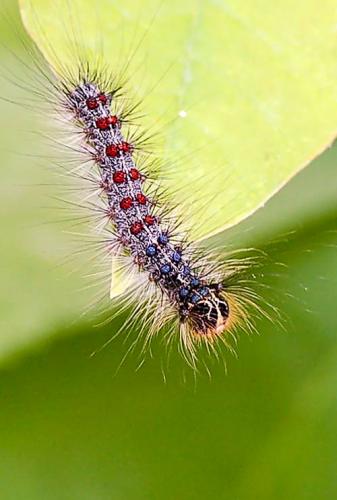 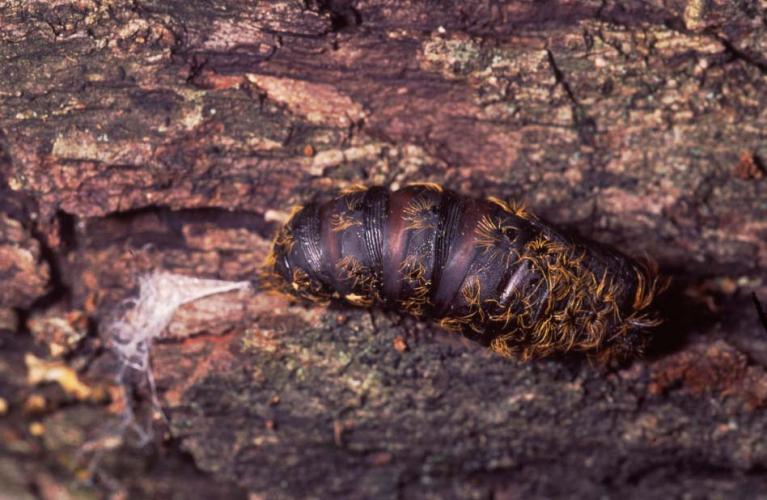