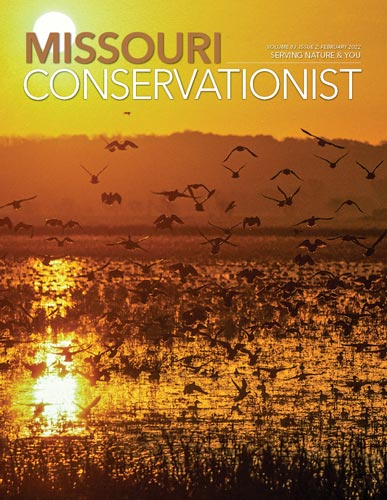 A few years ago, when Perryville city officials unlocked gates to some of the 100 caves that run underneath the town, they worried what volunteer explorers might find inside.

“These city caves had not been entered for many years, and some had never been entered by anyone,” said veteran caver Richard Young, a member of the Cave Research Foundation, which was conducting an assessment of water quality and cave life.

Years earlier, Young had explored one particularly large city cave and found it to be heavily polluted with mounds of soap suds, trash, and a foul odor. But as gates opened in 2015 — some 20 years later — these cave researchers wanted to know current conditions. In particular, they were searching for the grotto sculpin, a fish that lives nowhere on Earth except the lightless streams that run through caves in Perry County.

This fish was at the center of a county-wide controversy that had started after two big fish kills. The sculpin die-offs had motivated the U.S. Fish and Wildlife Service (USFWS) to begin the process of listing this rare fish as an endangered species. But county residents resisted vigorously. Some landowners worried that such a designation would prompt burdensome and expensive land-use regulations.

A Peek Inside Perry County

The grotto sculpin’s dark, watery habitat is part of Perry County’s karst topography, which is characterized by springs, sinkholes, sink basins, and caves.

This county’s geology is of national significance. Even though karst terrain underlies much of the Ozarks, Perry County sits above one of the most intensely concentrated karst regions in North America. Nearly 10 percent of Missouri’s 7,000-plus known caves are found in this county, and it is home to four of the five longest known caves in the state.

In Perry County, very little stormwater drains to surface streams. Instead, a rolling karst plain stretches for more than 100 square miles. It’s dotted with thousands of sinkholes that collect rainwater, filling the caves below and creating a subterranean drainage system that channels water east to the Mississippi River.

Perryville, the county seat, sits within this vast karst plain, and City Administrator Brent Buerck is only half kidding when he calls his town, population almost 9,000, “the Karst Capital of the World.” Over the years, city officials have learned to cope with their unusual geology. They take advantage of the caves as natural storm drains, and they have created parks in low-lying sink basins, rather than allowing structures to be built that would be vulnerable to flooding. But this porous limestone underlayment can cause headaches for city managers, especially when new sinkholes pop up in unsafe spots close to houses.

So, when a new sinkhole collapses, a contractor digs it out, installs an engineered drain that allows surface water to flow directly into the cave stream below, then he refills the hole and seeds the lawn. A wire cone goes on top of the drain to keep out debris and small animals. The city currently manages more than 300 sinkholes in this way.

Rural landowners have also developed adaptations. Steep, deep sinkholes in a pasture are dangerous to livestock, so owners have historically filled sinkholes with whatever was available to make them safer. Some farmers have created more tillable land by installing vertical drains in sinkholes, similar to those used in Perryville lawns. These methods improve aboveground land use, but can funnel toxins and trash into the caves below.

In the 1800s, county boosters touted the sinkholes and caves as a great way to dispose of household sewage. That practice was discontinued long ago, and the current sewage treatment plant has served Perryville since 1977.

However, rural sinkholes continued to be used for trash dumps, and caver Richard Young says that some area caves he entered in the 1960s and 1970s smelled of sewage.

For most residents, the caves they live above were out of sight and mind until recent years. Attention on caves started in the 1990s, when researchers determined that the sculpin inhabiting Perry County cave streams was a completely different species than the common banded sculpin that lives in nearby surface streams.

In the early 2000s, following two mass die-offs of the newly discovered grotto sculpin (Cottus specus), MDC biologists tested groundwater in Perry County cave streams. They found many water samples with low dissolved oxygen, high pH, high nitrates, and high phosphorus. Concentrations of Atrazine were very high at many sites. E. coli bacteria, which originates from the feces of both animals and people, was found in both groundwater and surface streams.

Water quality concerns were “the primary threat to conservation of the grotto sculpin,” said Shauna Marquardt, with USFWS. But that agency met stiff local resistance when staffers began the process of listing the fish as endangered.

“People here, when the issue was first brought up, were pretty upset,” said reporter Crystal Lyerla, who wrote about the issue for the Perry County Republic-Monitor. “Nobody wants bad water quality. But nobody here wants federal regulation either.”

So local people “chose to take action and clean it up on their own,” she said.

A grassroots community group formed that was “diverse and eclectic,” Marquardt said. Their effort was “really inspiring. It’s largely unprecedented, the way they took ownership of the issue,” she said.

When USFWS finalized the grotto sculpin’s endangered status, the agency did not impose top-down regulations. Instead, they accepted the Perry County group’s plan to voluntarily improve groundwater quality. The plan incorporated new practices as well as actions residents had undertaken for decades.

In city parks, workers removed concrete and rock around sinkholes, then planted native vegetation. These buffer zones filter sediment out of the sinkholes. Some ranchers fenced to exclude livestock from sinkholes.

The 560-acre Blue Spring Branch Conservation Area is being managed to protect water quality in Berome Moore Cave, which runs directly beneath it. MDC, with the L-A-D Foundation, is planting native vegetation to filter rainwater before it enters the many sinkholes there.

Following the grotto sculpin controversy and the many improvement efforts, Perryville officials were anxious in the spring of 2015 when they unlocked gates so Cave Research Foundation volunteers could explore city caves.

“We opened the caves back up for the first time in a long time,” said Buerck, the city administrator. Were the efforts really working, he wondered. “We now had the endangered species to worry about. And what happens if it wasn’t working?”

Cavers, including Richard Young, entered the cave he had explored more than 20 years earlier.

“We were delighted to discover that it was dramatically improved,” Young said. “There was no foul odor, no smell of detergent, the water was free of soap suds.” He noticed a large decline in the amount of trash. The cavers saw beetles, flatworms, cave salamanders, crustaceans, and frogs.

To find this variety of cave life, Young said, “suggests to us that the city has made tremendous inroads in the management of waste, and these caves formed immediately beneath an urban setting are becoming once again relatively pristine natural environments.”

Late in 2016, MDC biologists located 11 grotto sculpin egg nests in two Perry County caves. The numerous nests could be attributed to habitat improvement within the caves, said MDC Fisheries Biologist Jason Crites. Sediment increases can be detrimental to successful spawning and nesting, “so if we can reduce sediments through sound erosion control practices, we are likely reducing any pollutant bound to those sediments,” he said.

Recent estimates show grotto sculpin numbers close to counts done in the early 2000s, before the two big fish kills, “so we feel we currently have stable populations,” Crites said. No known fish kills have occurred in recent years.

A multi-year study of grotto sculpin behavior is underway, which is looking at how far these fish travel, their nesting habits, and population factors. A new round of water quality studies is determining the condition of certain streams that were previously considered impaired.

Perry County residents are doing even more to embrace their previously neglected caves. In 2018, voters approved a new sewage treatment plant, now under construction. Bat-friendly cave gates have been installed. Inexperienced cavers can sign up with the city’s parks department for safe, guided outings in wild caves. Additional cleanups have occurred, particularly along Blue Spring Branch, in an area known to be frequented by the grotto sculpin.

City and county officials are proud of the progress, said Buerck. “But we’re not done yet.” Some sinkholes still need cleaning, more vegetative buffers are needed, certain cave entrances need safety gates, and some agricultural activity is still taking place too close to sinkholes, he said. Some rural household drains are known to still be discharging into sinkholes and caves, and E. coli bacteria continues to be a concern in streams and groundwater, Crites added.

“When Perry County learned that we have a grotto sculpin,” Buerck said, “we went through a huge process and we learned a lot of things about ourselves. We learned that the water we’re drinking is the same water the fish is swimming in. So, essentially what we’ve done as a community is changed the conversation from how do we save this fish that you can’t eat or even use for bait to how do we protect our drinking water?”

When caving recently, Young said, he’s seeing cave streams in good condition, ample cave life, and no obvious indication of septic drains or signs of new trash dumping into sinkholes. What’s more, cavers are receiving requests to help find or map caves on private property where they were previously not allowed.

“I’m really encouraged to see attitudes evolving in a positive, constructive direction,” Young said. Landowners “now seem to take interest in the karst structures on their properties,” and “for many, the lowly grotto sculpin has become a source of local pride.”

The intersection of Perry County’s unusual karst terrain and residents’ adaptations to it — including their encounter with the grotto sculpin — is recounted in an 18-minute video Karst in Perry County. It shows the county’s panoramic scenery, reveals the grotto sculpin’s dark and watery world, highlights the glittering caves, and takes flight to display the tree-ringed sinkholes that dot the county’s huge karst plain. You’ll meet cavers, landowners, and local officials who tell how the community rose above the sculpin dispute to devise their own plan to protect groundwater quality for the sculpin and for themselves. The video may be viewed free online at ladfoundation.org/perry-county-karst. 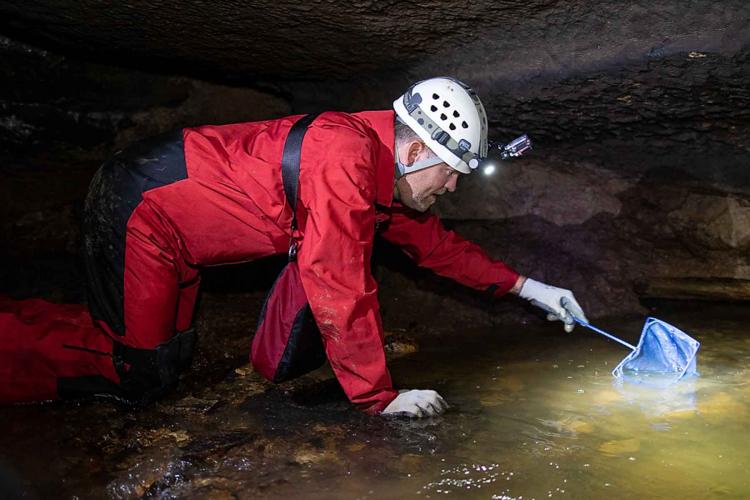 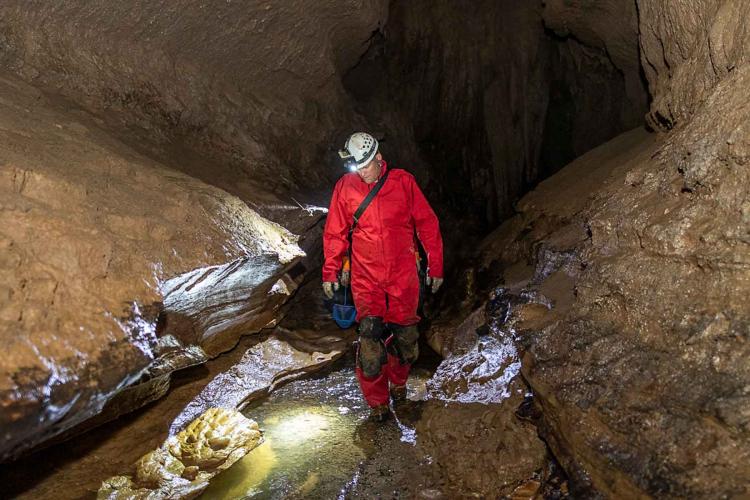 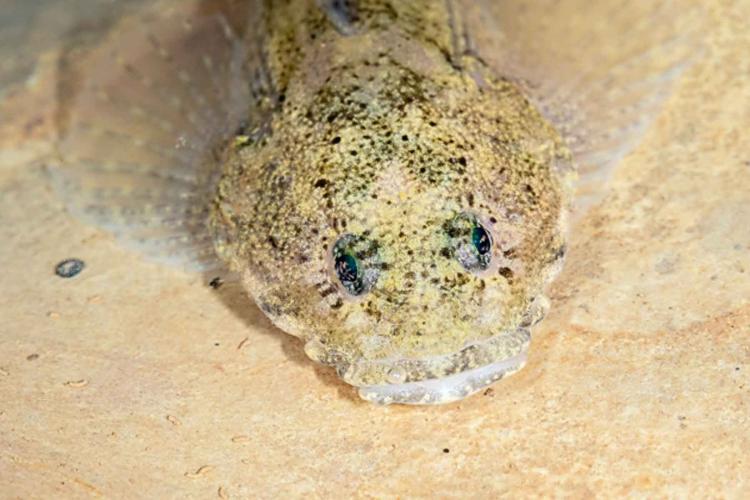 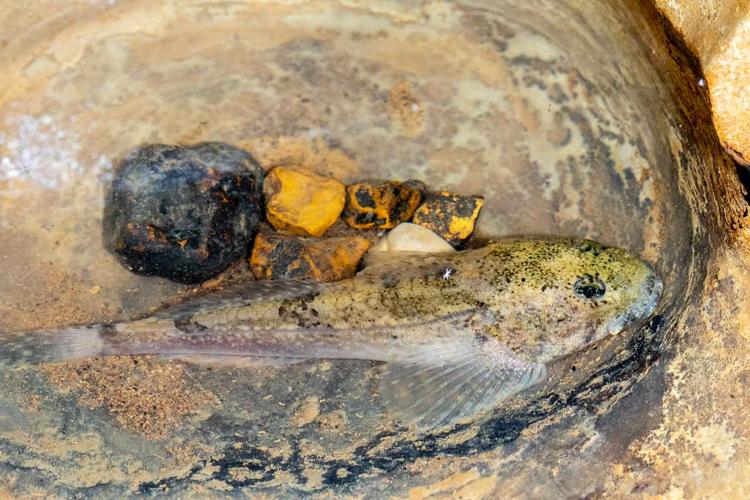 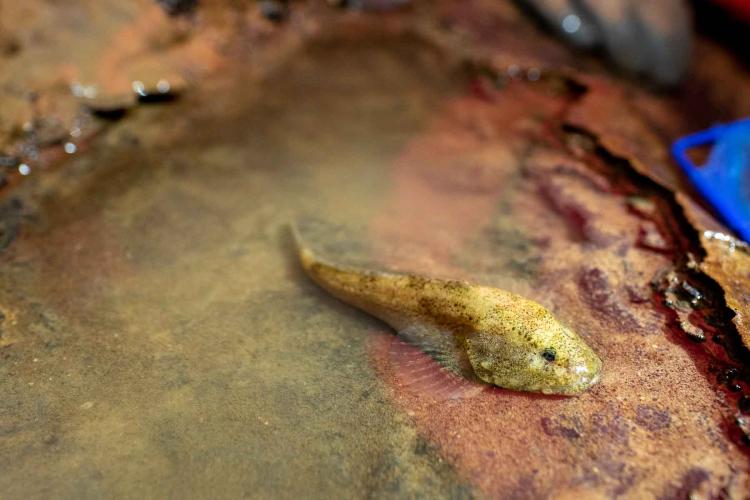 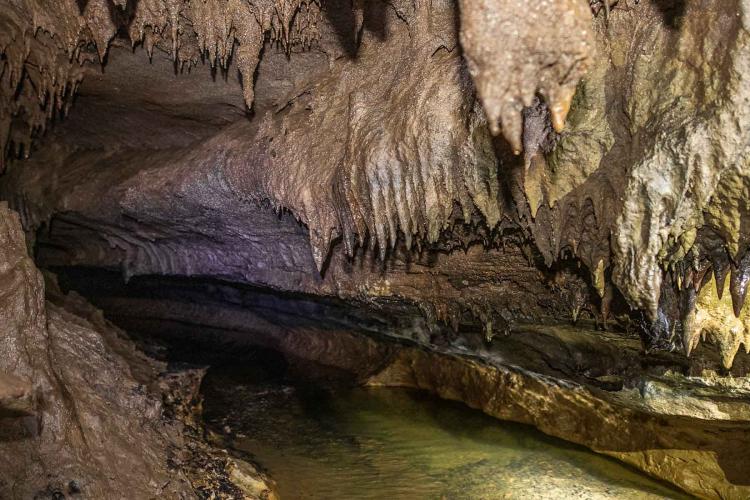 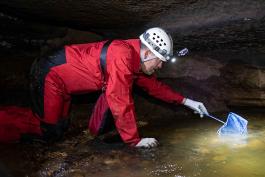 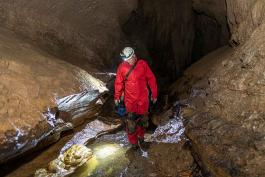 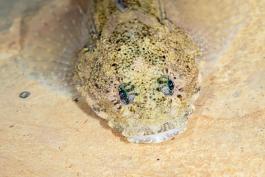 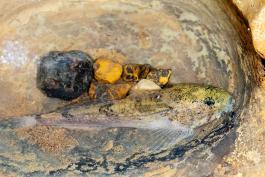 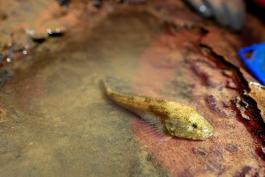 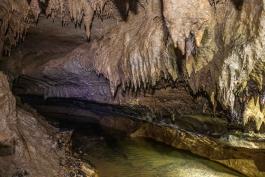 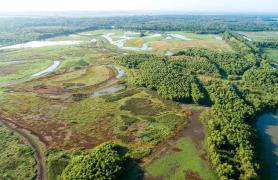 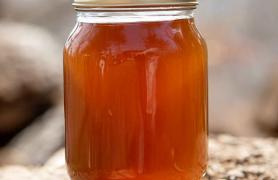