By |
From Missouri Conservationist: November 2019 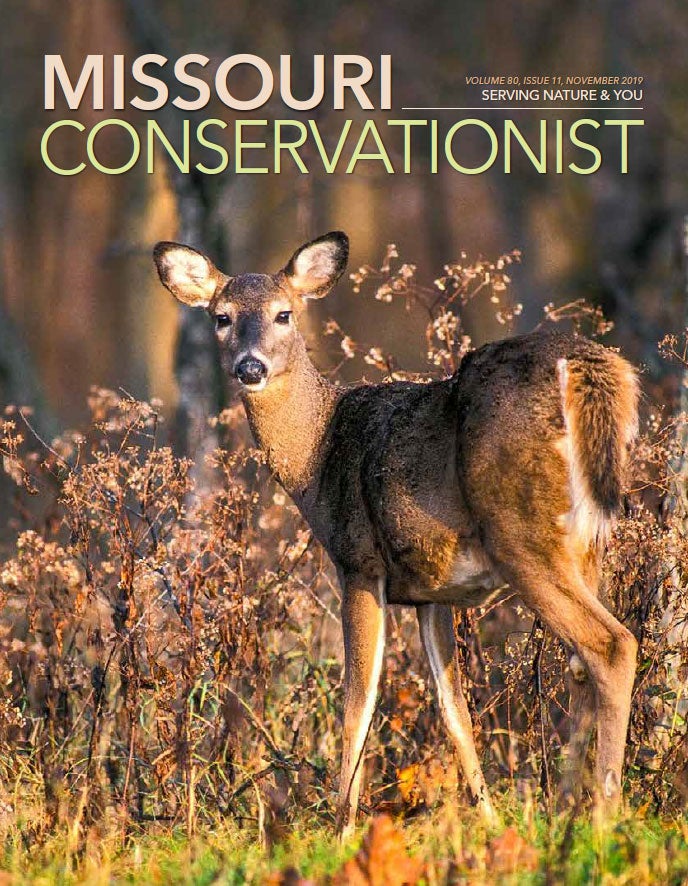 American wigeons have large wings, compared to their body weight, which allows them to take flight directly from the water. These ducks, known as dabblers, don’t dive below the surface of the water. Rather, they rock forward, poking their head underwater with their tail toward the sky. The American wigeon is also called a baldpate because its white stripe resembles a man’s bald head.

American wigeons breed in central and western Canada and Alaska. They are ground nesters and their young are born with down feathers, ready to walk and swim soon after hatching. They can be seen in Missouri from September through April.

As dabbling ducks, American wigeons forage on aquatic vegetation and invertebrates in shallow water. Wigeons often stick close to diving ducks, taking advantage of aquatic plants they’ve foraged and dislodged below the water’s surface. In addition, wigeons have been known to snatch plants out ofa diver’s bill as they reappear above the water. For this, the American wigeon is sometimes called a “poacher.”

The wigeon’s diet of aquatic plants and invertebrates helps to control those populations. In turn, wigeons and their eggs serve as prey to many predators. 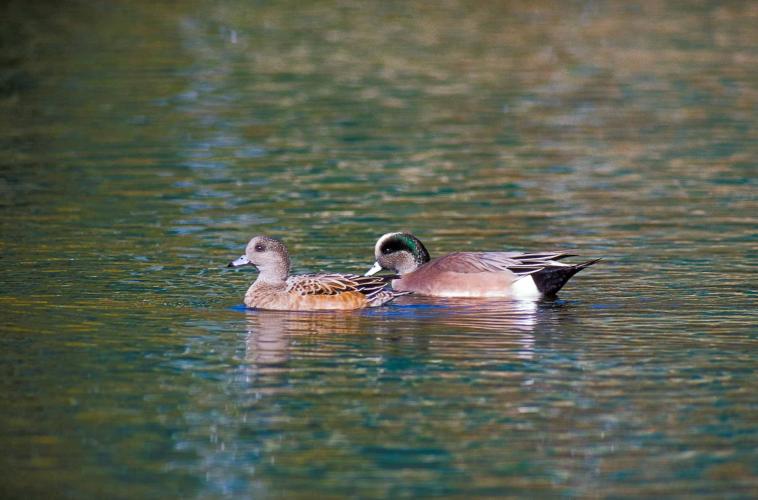 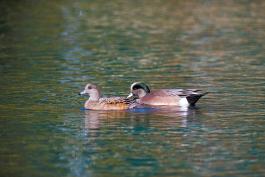