Good Medicine From the Great Outdoors 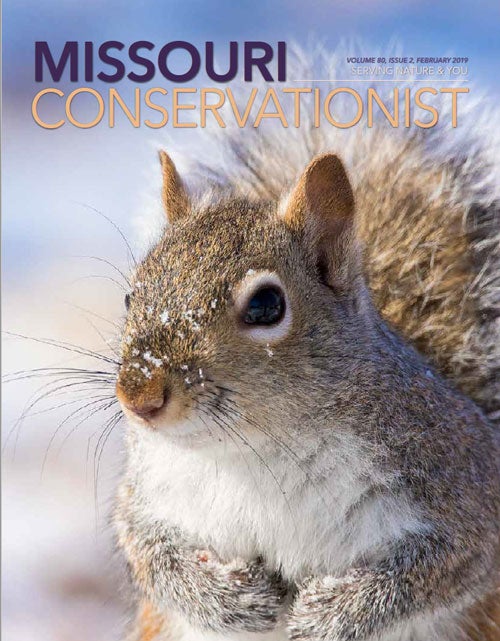 Going outdoors for fun is reason enough to enjoy nature. Just ask an angler landing a big bass or a hiker smitten by a crimson-feathered cardinal perched on a green pine tree bough. Science, however, is adding one more big reason for contact with nature — better health.

Even a light dose of nature helps, says Anand Chockalingam, a cardiologist at University of Missouri Health Care in Columbia.

The heart doctor enjoys hiking in Missouri’s parks and forests. He recognizes the restive feeling of well-being that settles in his mind as he walks among the sights, sounds, and smells of nature. But he’s also seen positive health results when his patients recovering from heart disease or surgery head outdoors. Mind and body are intertwined,  and nature and the outdoors cannurture both.

“We need to relax and refresh the mind,” Chockalingam said. Having fun outdoors provides physical exercise that helps the body. But also, “you feel more alive, more confident. Physically, we may be exhausted, but mentally we feel more rejuvenated, more alive.”

Saying nature is good for the body and soul is not new.

“To the sick, the doctors wisely recommend a change of air and scenery,” nature essayist Henry David Thoreau wrote in Walden, published in 1854. Then he made the point that experiencing nature close to home is as viable as traveling the globe.

“Everybody needs beauty as well as bread, places to play in and pray in, where nature may heal and give strength to body and soul alike,” conservation giant John Muir wrote in The Yosemite, published in 1912.

It’s doubtful a Missouri turkey hunter who has experienced the pulse-quickening, surround-sound chirps, clucks, and gobbles of birds bringing late-April woods to life at first light would disagree. Missourians have long appreciated their rivers, lakes, fields, and forests.

Modern science, though, is beginning to measure more precisely beneficial relationships between people and nature.

Science is Catching Up

Exposure to greenspace “reduces the risk of type II diabetes, cardiovascular disease, premature death, preterm birth, stress, and high blood pressure,” according to a study published in 2018 by researchers at the University of East Anglia in England. The researchers wanted to know if nature really provides a health boost. They reviewed 140 studies involving 290 million people from 20 countries and concluded that people with more contact with nature are healthier.

“We found that spending time in, or living close to, natural green spaces is associated with diverse and significant health benefits,” the authors said of the study published in Environmental Research, a science journal.

In one example, the studies noted lower levels of salivary cortisol, a hormone associated with stress secreted by adrenal glands, in people exposed to nature. That has implications for healthier memory, blood pressure, heart rate, and other important functions. How natural settings affect the senses influences the mind, which interacts with the human body’s complex hormonal, muscular, and nervous systems.

Returning to our Roots

A return to nature is a return to essential forces that shaped our species. Even the chemicals encountered in nature may be a health boost. Research in Japan suggests that organic compounds released by trees into the air, called phytoncides, have antibacterial properties that are health boosting.

Morel mushroom hunters tramping in the woods may decide to rest by sitting on a fallen log. The pause gives them time to note waxy mayapple leaves, shaggy bark on a hickory tree, bluish lichens covering stones, emerald-toned moss on a log, or the earthy smell of unseen fungi and bacteria turning last year’s fallen leaves into soil nutrients. The mushroom hunters may not realize it, but they are also participating in a growing health pursuit — forest bathing.

Research has found health benefits from forest bathing, called shinrinyoku in Japan, where the practice was developed. Essentially, a person opens all senses, including touch, smell, sight, sound, and hearing, to the forest around them. Researchers say the resulting relaxed physiological relaxation can induce results such as healthier pulse, fewer negative stress hormones, decreased blood pressure, and improved immune systems.

Mixing the word bathing with forest is misleading. Any cleansing has to do with reducing stress and worry. Practitioners are not unmindful of forest challenges such as ticks and chiggers. But they are mindful of what is beautiful, interesting, or a change of pace from the normal surroundings where worries about work, family, or the world predominate.

“I prefer to call it forest therapy,” said Mike Beezhold, a natural resource and water management professional. Beezhold recently completed training to become certified as a guide by the Association of Nature and Forest Therapy Guides and Programs. He takes individuals or groups afield in the Kansas City area.

“It is all about being fully immersed in nature, to be present in nature, and be fully aware of your five senses, what’s going on in nature, and you as a part of nature,” Beezhold said.

Traditional outdoor pursuits such as fishing, hunting, and birding can offer the same benefits. Yet, so can a simple walk in the woods, a pause on a park bench, or morning observations made from back porch steps with a cup of coffee in hand. Such pursuits are tonic in a fast-moving technology age.

“It’s definitely hard for many people to go outside and simply slow down and go almost at a snail’s pace,” Beezhold said.

Noted author Richard Louv, a Missourian in his boyhood, blazed a trail in the field of how nature benefits health with his 2005 best-selling book, Last Child in the Woods: Saving Our Children from Nature-Deficit Disorder. The book touched a nerve in a world where cell phones, computer games, and television have separated children’s brains and bodies from rhythms and gentle influences found outdoors. Nature can stimulate a child’s creativity, boost confidence, and calm emotions, Louv asserts.

In Last Child’s early chapters, he wrote about climbing trees and exploring overgrown fields as a youth in the Kansas City area: “The woods were my Ritalin. Nature calmed me, focused me, and yet excited my senses.”

Last Child and Louv’s follow-up books about nature’s health benefits for adults and families tap a growing body of science-based studies that link the outdoors to good health. His nonprofit foundation compiles links to scientific papers for the public to review.

“When I wrote Last Child in theWoods, I cited about 60 studies,” Louv said. “Today, the Children & Nature Network website has compiled a large body of studies, reports, and publications that are available for viewing or downloading — over 700 of them, with about 20 a month coming into us from around the world.”

Scientists studying health benefits from nature have measured the human body, brain, and behaviors. They’ve found nature boosts the ability of children and adults to learn.

“The studies strongly suggest that time in nature can help many children learn to build confidence in themselves, reduce the symptoms of attention deficit hyperactivity disorder, calm them, and help them focus,” Louv said. “Schools with natural play spaces and nature learning areas appear to help children do better academically. There are some indications that natural play spaces can reduce bullying. Nature experience can also be a buffer to child obesity. Time spent in nature is obviously not a cure-all, but it can be an enormous help, especially for kids and adults who are stressed by circumstances beyond their control.”

Getting children out in nature also helps grow conservation values, now and for the future.

MDC offers natural play areas for children at some nature centers. Children can climb on logs stacked in designs or on boulders. They explore and test their creativity by building hideaways with sticks or small tree limbs left on-site. The play areas are nestled among shady trees, native shrubs, and wildflowers. Though designed for children, it is quite common to see parents playfully walking atop the logs and boulders, too.

Even a mere glimpse of nature can boost spirits. A study published in 1984 found that gall bladder surgery patients placed in a hospital room with a view of greenery recovered faster and with fewer complications than those without a natural view. Even a green plant in a room is a brightener for the human mind.

An angler wading in a cold-water, fast-flowing stream, arms whipping a fly rod and line to lure a rainbow trout gets physical exercise that is healthy. Perhaps, too, the angler lands a fish that becomes a healthy meal. Many anglers also find such pursuits a deeply emotional, even spiritual experience.

Rare is the doctor who advises a patient to “catch four trout and call me in the morning.” But quite common is the doctor or minister who fishes for their own benefit. Nature is now scientifically proven as useful medicine — preventative or remedy. Going outdoors, Chockalingam says, “is a very intelligent way of taking care of ourselves.” 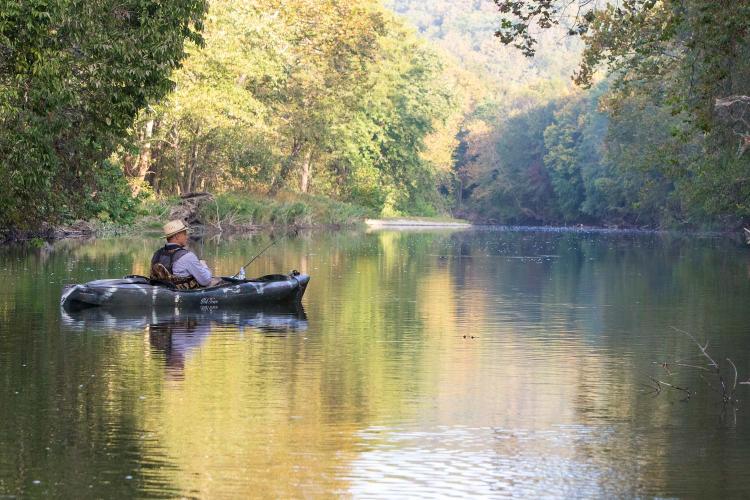 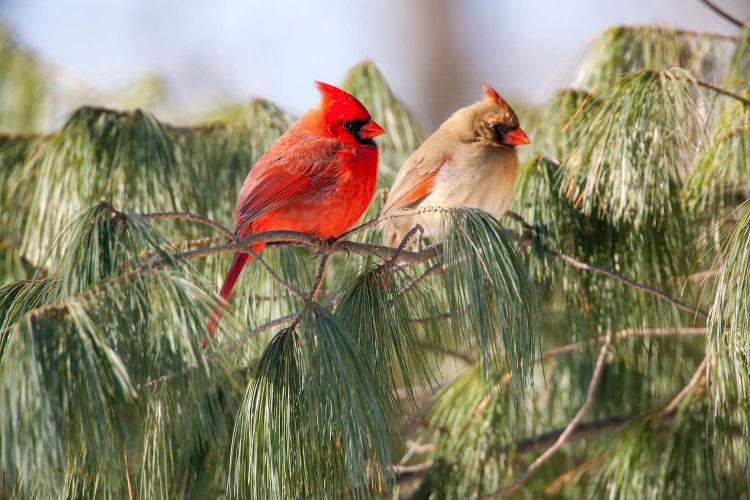 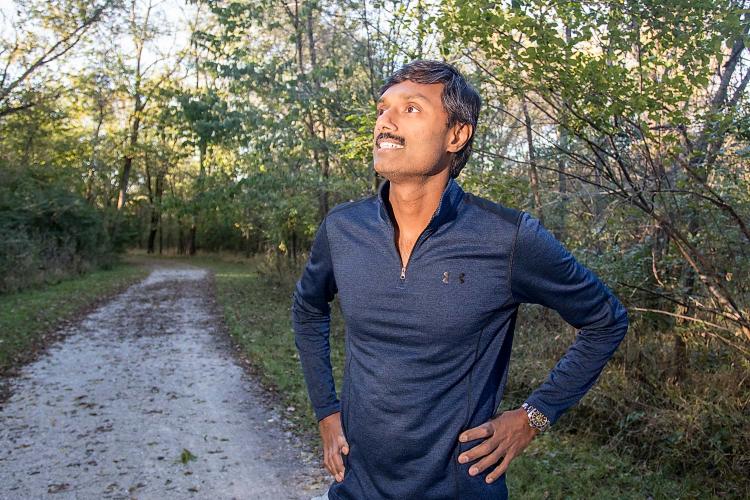 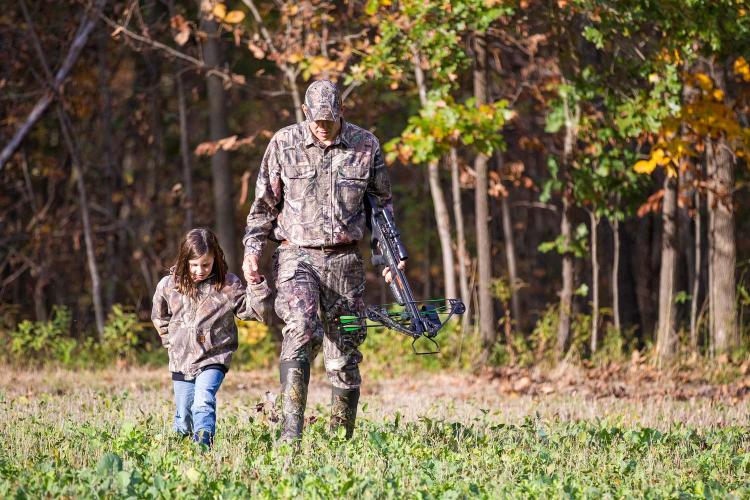 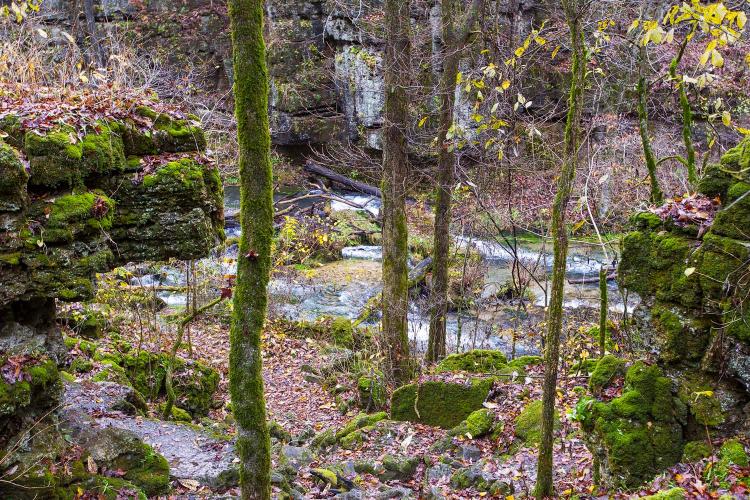 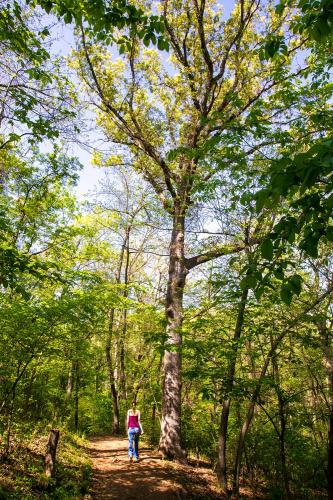 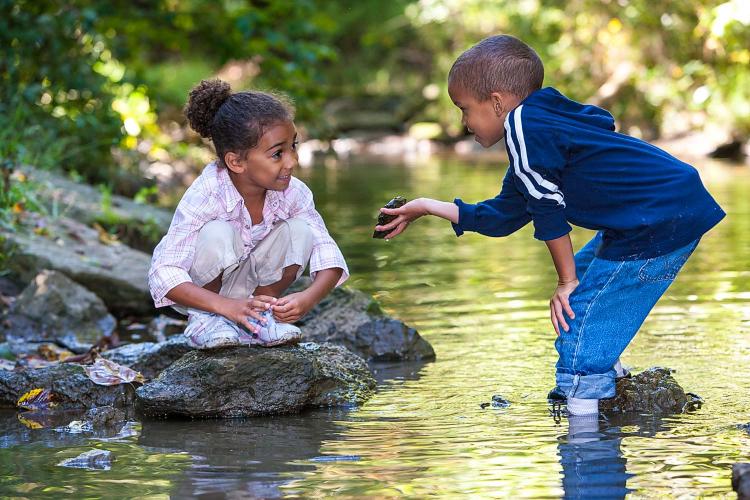 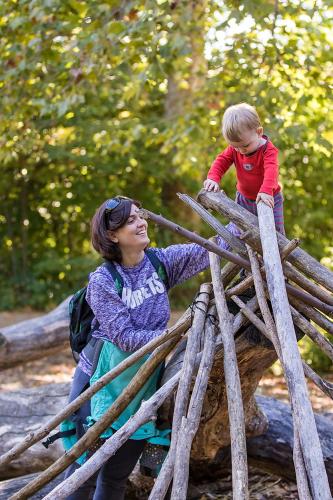 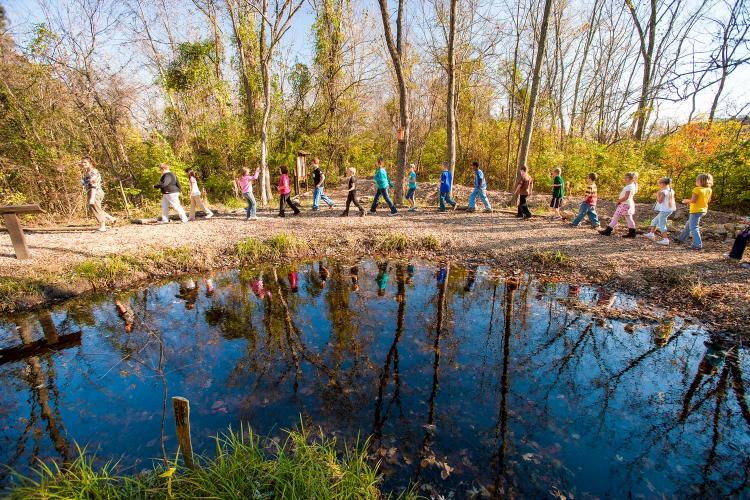 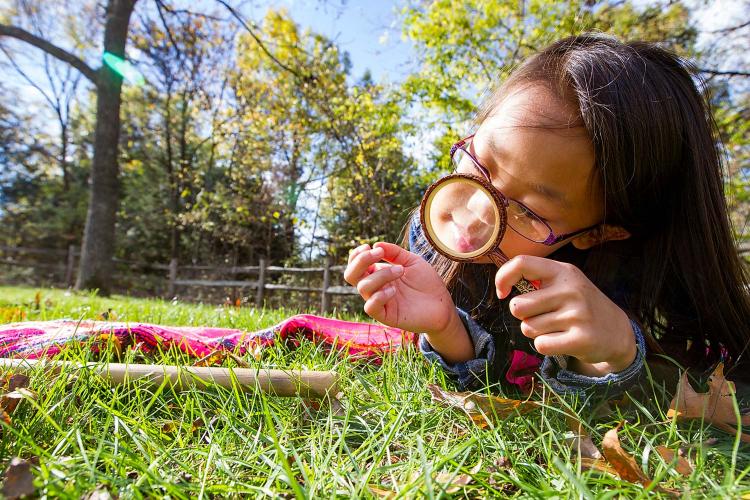 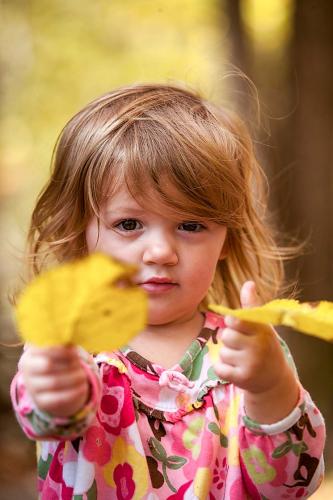 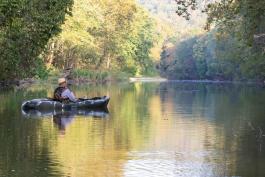 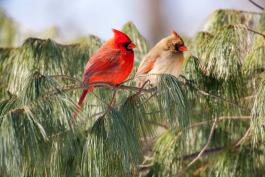 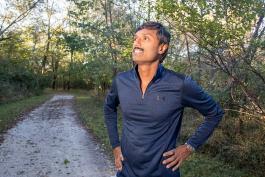 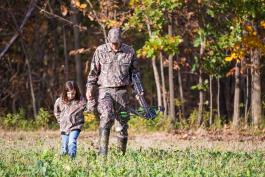 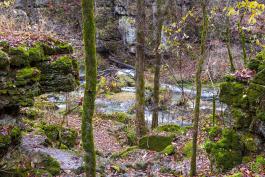 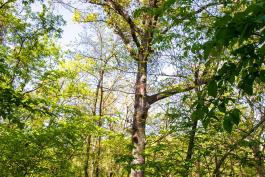 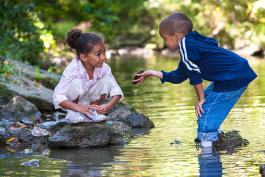 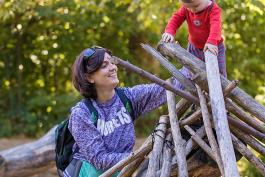 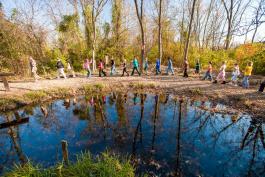 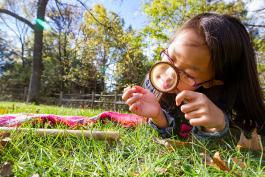 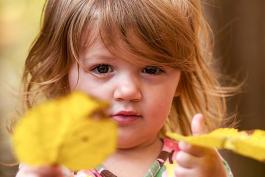 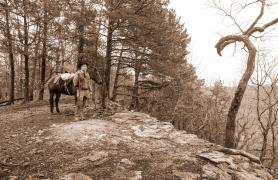 Schoolcraft: A Journey Through Southern Missouri
THIS CONTENT IS ARCHIVED
Body
Retracing the geographer’s historic trek and what it means today.