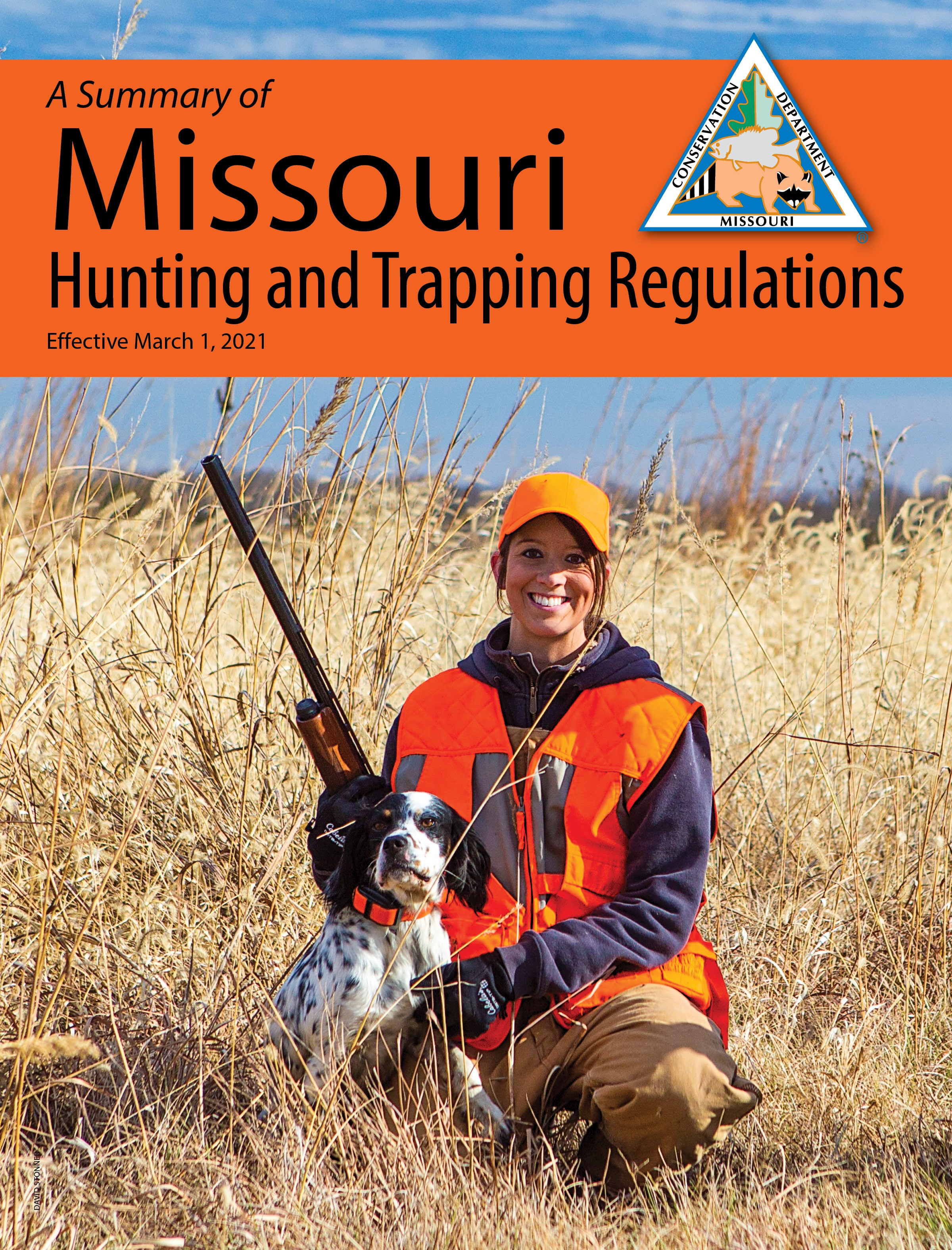 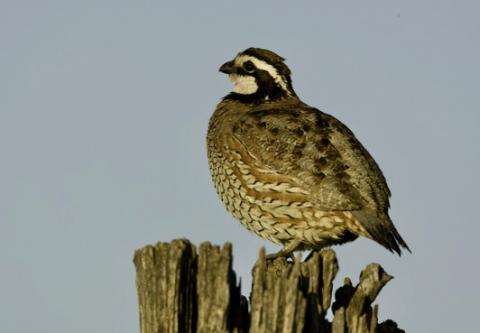 Known simply as "quail" or "bobwhite," the northern bobwhite can be found in every county in Missouri. Bobwhites are so named for the male’s cheery call issued from fenceposts or other elevated perches in late spring and through summer.

Bobwhites are ground-nesting birds and lay clutches of 10–14 eggs in a nest at the base of a grass clump. Chicks hatch fully feathered and mobile. They begin hunting insects immediately.

June 15th is the date often referred to as being the peak of the quail hatch in Missouri. However, new research is forcing biologists to re-examine this belief. A study in southwest Missouri has documented nearly half of the nesting activity occurring after July 1!

In mid-autumn, bobwhites assemble into coveys of 10–15 birds and generally eat seeds. Annual mortality is high, and most bobwhite young live less than a year. The quail’s high reproductive capacity counter balances this high mortality rate, and bobwhites are capable of rapid population increases when habitat conditions are favorable.

Finding a Place to Hunt Quail

Bobwhites can be found on many conservation areas across the state. While many of these areas provide quail hunting opportunities, several are designated as Quail Restoration Landscapes, where quail habitat is the focus of management. For more detailed information about an area, visit Places to Go.

A good bird dog, or two, aids tremendously in finding bobwhites and adds to the enjoyment of the hunt. In fact, many quail hunters enjoy the dog work even more than the challenging shooting.

Although the use of dogs increases the likelihood of encountering quail, a recent study in Kentucky found that even well-trained dogs may find only 30% of the wild quail coveys present.

When possible, work as much of the cover with the wind in your face as this will reduce the chances of dogs accidentally "bumping" birds. Don’t be in a hurry, give the dogs ample time to cover the ground.

Quail must have herbaceous cover consisting of some grass and lots of weeds to be successful. Ragweed, pigweed, lambsquarters, barnyardgrass, and smartweeds are a few of the often-maligned plants favored by quail.