Flowers 1–6 on a hairy stem, often blooming very close to the ground. Flowers have 3 sepals and 3 petals, which all look alike and are bright yellow above, greenish yellow and hairy below. Blooms April–May; rarely reblooms through summer until October. Leaves grasslike, basal, typically 6 inches long. Rootstock a corm. This species is quite variable in both the size of the plants and the size of the flowers. 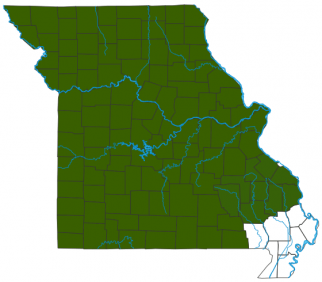 Also called common goldstar, common star-grass, and other such names. Botanists have long been debating the relationships among the plants traditionally considered lilies. In light of new molecular evidence, it is likely this plant will be placed in a family called the Hypoxidaceae, named for its genus. In the past, some botanists have put it in the Amaryllidaceae, the amaryllis family. A more conservative approach keeps it in the lily family, the Liliaceae.

This little flower grows throughout the tallgrass prairie region, from Illinois to eastern parts of Manitoba and the Dakotas, and south to eastern Oklahoma. Imagine the thoughts of pioneers when they gazed upon these bright lilies during stops along their westward journey!

Bobwhite, and probably other birds as well as mammals, eat the seeds. 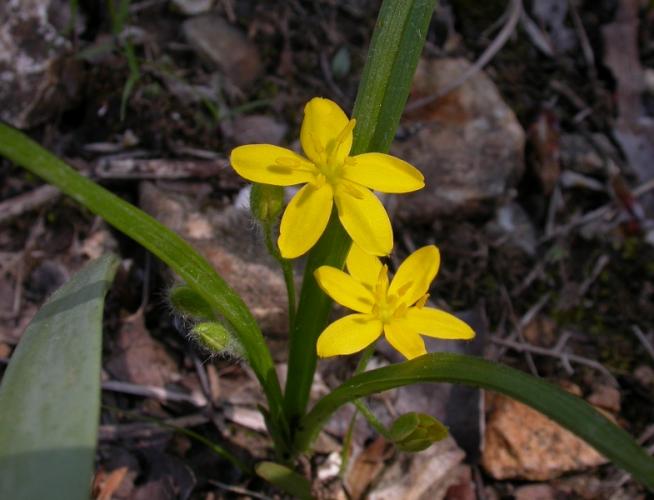 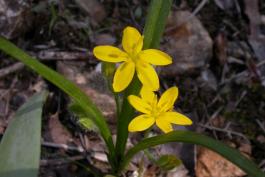 Free to use
Title
Similar Species
About Wildflowers, Grasses and Other Nonwoody Plants in Missouri
A very simple way of thinking about the green world is to divide the vascular plants into two groups: woody and nonwoody (or herbaceous). But this is an artificial division; many plant families include some species that are woody and some that are not. The diversity of nonwoody vascular plants is staggering! Think of all the ferns, grasses, sedges, lilies, peas, sunflowers, nightshades, milkweeds, mustards, mints, and mallows — weeds and wildflowers — and many more!