Wholeleaf rosinweed is not quite so tall as most of our other rosinweeds and is commonly misidentified as a sunflower.

The stems can be solitary or clustered and vary in their amount of hairiness, but hairs, if present, are short. The stem usually doesn’t branch except at the very top. Stems often turn reddish in bright sun.

The sunflower-like flowerheads are in loose, open clusters at the top of the plant, usually with 20–35 yellow rays. Blooms July–September.

The basal leaves are often withered away by flowering time. The stem leaves are thick, sometimes leathery, sometimes roughened, sometimes smooth, sometimes hairy. Leaves are usually well distributed along the stems; they are opposite, and each pair is turned 90 degrees from the pair above and below it. The stem leaves are sessile (stalkless) and become slightly smaller at the top of the plant; the shape varies from lance-shaped to oval to heart-shaped to clasping, tapering to a sharply pointed tip.

Two varieties of wholeleaf rosinweed occur in our state:

This species sometimes hybridizes with cup plant (S. perfoliatum), and where the two plants occur together, their offspring, exhibiting traits of both parents, may be present.

Rosinweeds (genus Silphium) generally resemble sunflowers (genus Helianthus). But here’s a big difference: The disk (center) of the flowerheads is usually smaller than in true sunflowers. Indeed: the disk florets in rosinweeds are staminate (male) and therefore don’t create seeds, just pollen; but the disk florets in sunflowers, as most of us know, create seeds. In rosinweeds, it’s the petal-like ray florets that are pistillate (female) and turn into seeds, while those in sunflowers produce only pollen.

Usually this species is called simply “rosinweed.” Considering that the term applies to all the plants in the genus, including five common Missouri species, it emphasizes the usefulness and clarity of scientific names. The “integri” of the species name “integrifolium” denotes completeness and entirety, referring to the plant’s entire (undivided) leaves, which is one of its notable characteristics. Translating the scientific name to “wholeleaf rosinweed” helps distinguish the plant in lay terms.

Wholeleaf rosinweed contributes to the legions of sunshiny yellow composite flowers that adorn our state in midsummer.

This is a rather coarse plant, but the flowers are showy and it is a hardy, drought-tolerant addition to a natural landscape or as a backdrop to a perennial garden.

Rosinweeds exude a gummy resin when cut (hence the name), and Native Americans and pioneers used this exudate as a kind of chewing gum. Most species had folk medicinal uses, too — for example, for pain relief or for treating urinary tract infections.

Butterflies, bees, and many other insects are attracted to the flowers, and a variety of other insects deposit eggs on or in the plants, and their developing larvae eat the leaves or bore into the stalks. The presence of herbivores, pollinators, and nectar eaters attract crab spiders, parasitic wasps, robber flies, and other insect predators, creating a micro habitat right on the plant.

Birds such as goldfinches eat the seeds, and grazing animals such as deer and cattle eat the foliage.

On native prairies, most of the plants have tough taproots that often penetrate deep into the soil. Over the centuries, the living and dying of these plants caused the deep soils of the Great Plains to become some of the richest in the world. 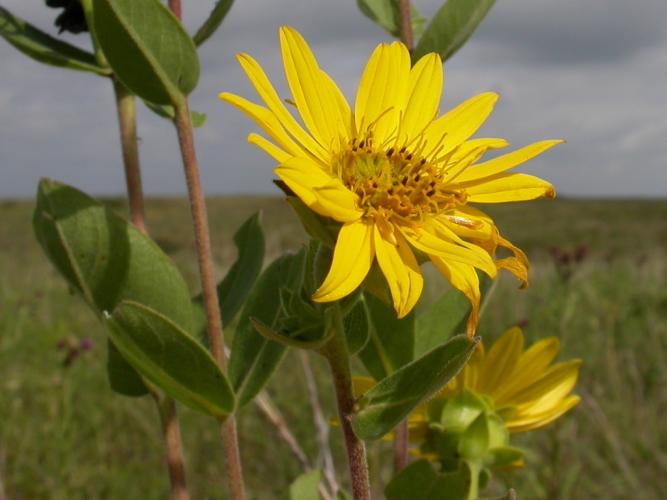 Caption
Wholeleaf rosinweed looks like a sunflower, but its relatively small central disk of infertile florets reveals it as a rosinweed, genus Silphium. It occurs statewide.
Credit
Julianna Schroeder
Right to Use
1/8
Image 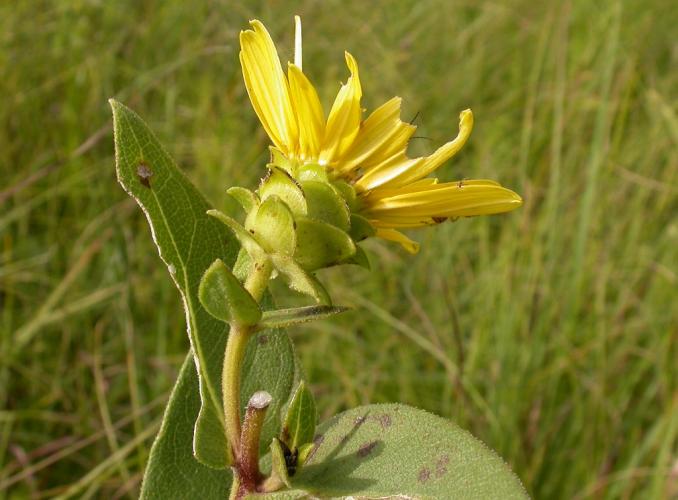 Caption
The receptacle beneath the flowerheads of wholeleaf rosinweed is relatively small, compared to true sunflowers.
Credit
Julianna Schroeder
Right to Use
2/8
Image 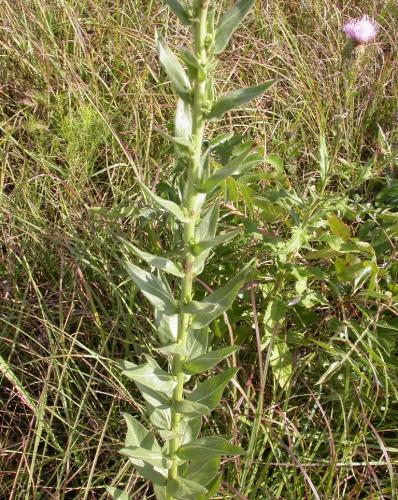 Caption
The leaves of wholeleaf rosinweed are opposite, stalkless, with each succeeding pair changing orientation by 90 degrees. Wholeleaf rosinweed usually grows from 3 to 5 feet in height.
Credit
Julianna Schroeder
Right to Use
3/8
Image 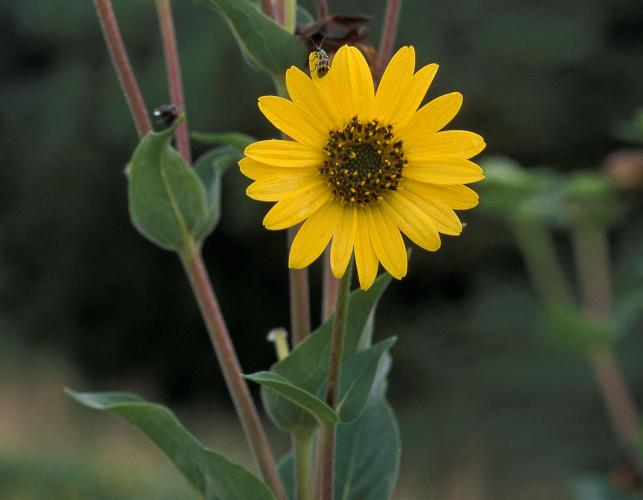 Caption
Two varieties of wholeleaf rosinweed occur in our state. The roughened, rather hairy form occurs statewide, while a smooth, waxy-coated form grows in our westernmost counties.
Credit
Jim Rathert
Right to Use
4/8
Image 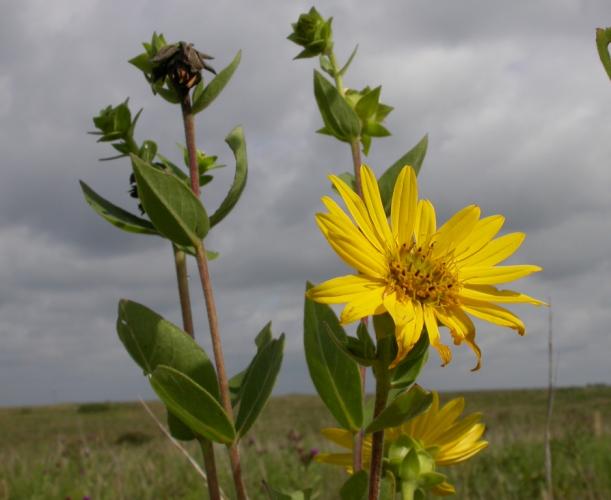 Caption
Wholeleaf rosinweed usually occurs on prairies and other sunny areas and blooms July–September. Where it grows in bright sun, the stems often become reddish tinged.
Credit
Julianna Schroeder
Right to Use
5/8
Image 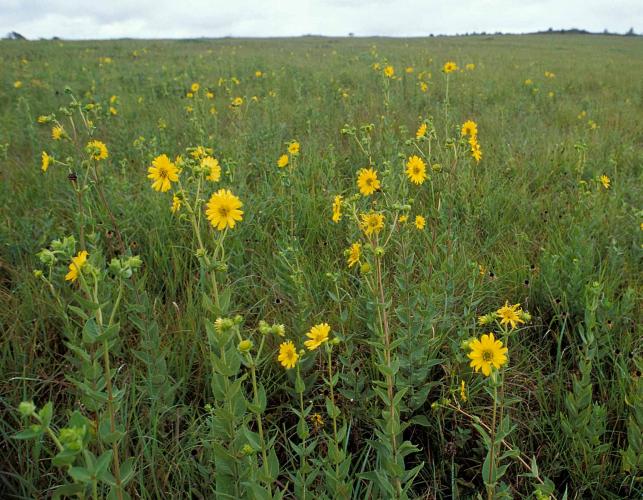 Caption
With the many insects and other animals it attracts, a colony of rosinweed becomes a kind of microhabitat on a prairie.
Credit
Jim Rathert
Right to Use
6/8
Image 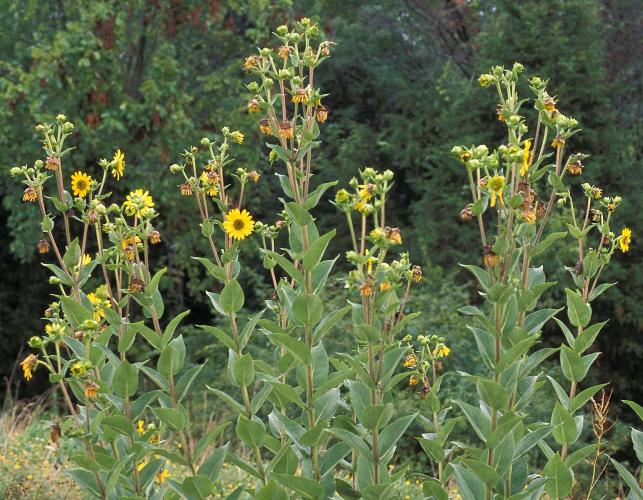 Caption
Wholeleaf rosinweed is not quite so tall as most of our other rosinweeds and is commonly misidentified as a sunflower.
Credit
Jim Rathert
Right to Use
7/8
Image 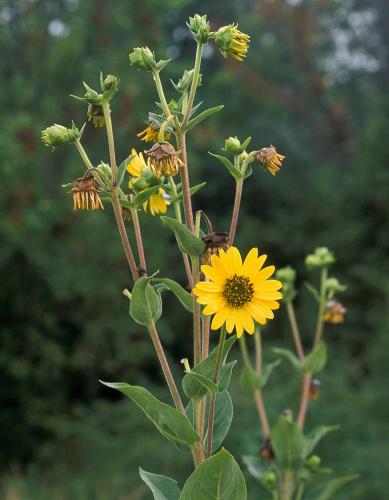 Caption
The sunflower-like flowerheads of wholeleaf rosinweed are in loose, open clusters at the top of the plant, usually with 20–35 yellow rays.
Credit
Jim Rathert
Right to Use
8/8
Image 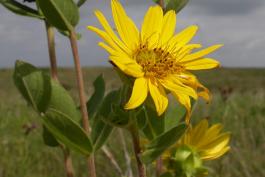 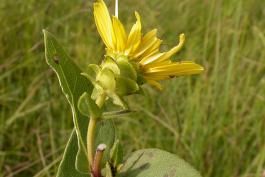 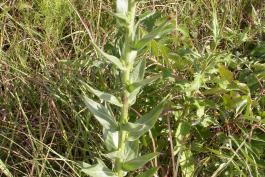 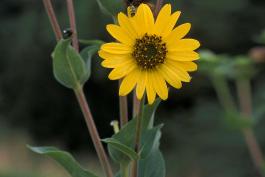 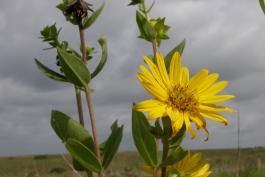 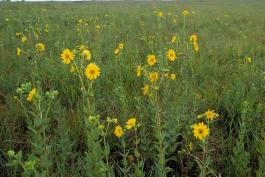 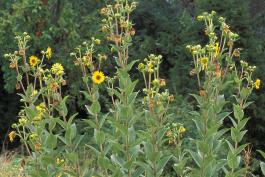 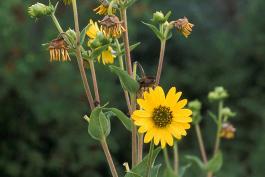 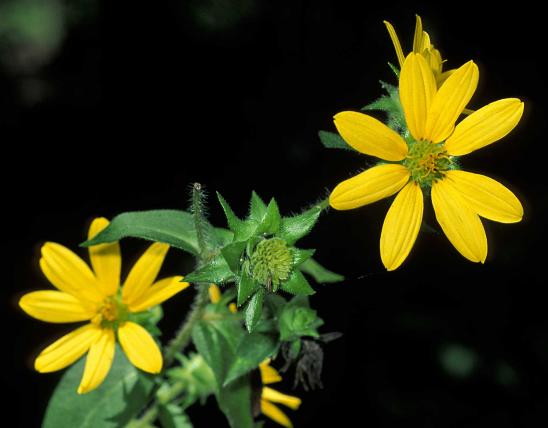 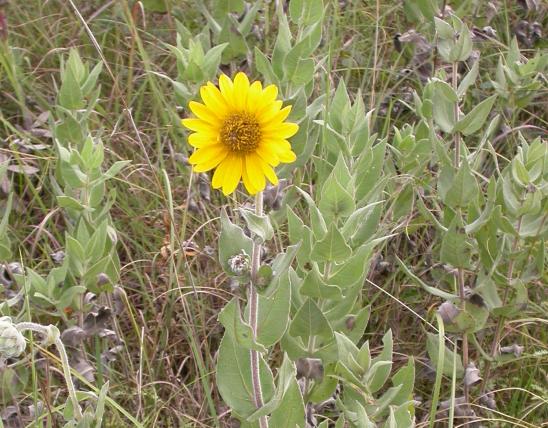 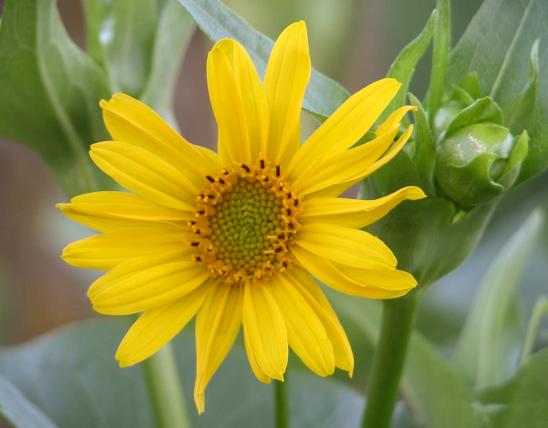 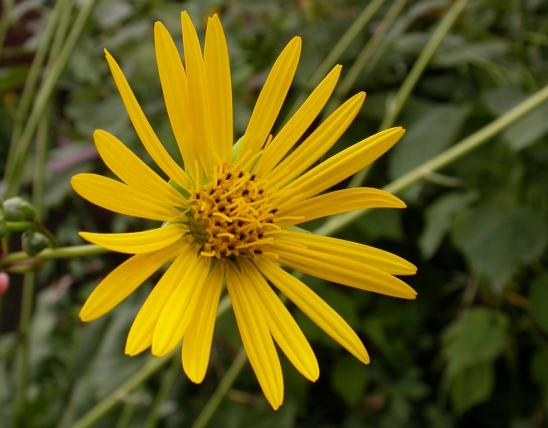 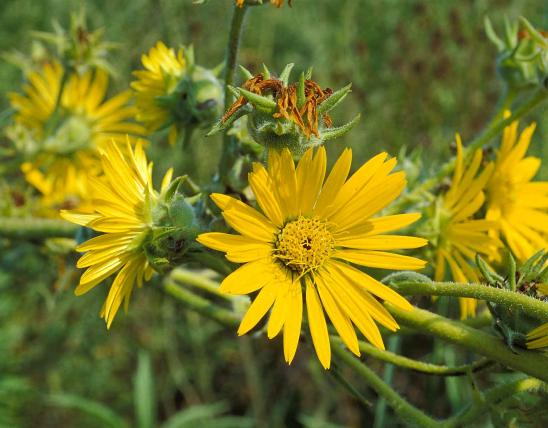 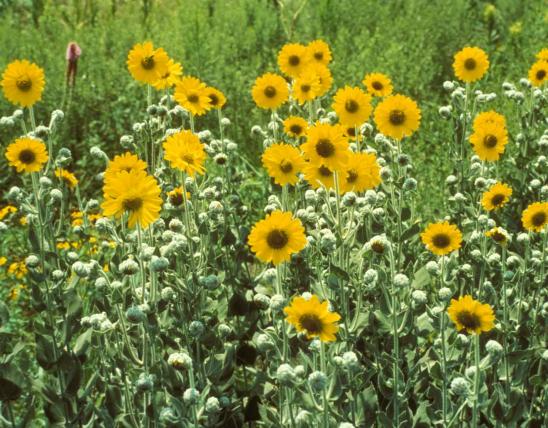 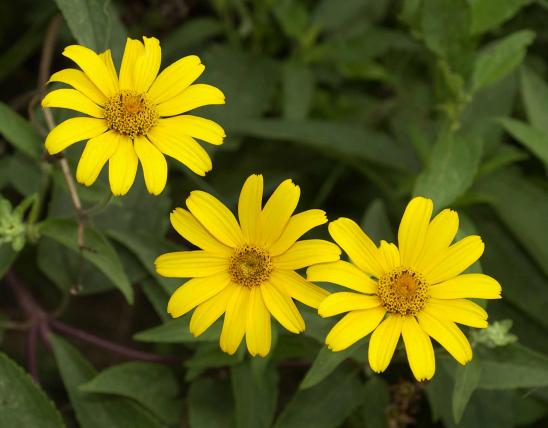 Ox-Eye (Sunflower Heliopsis; False Sunflower)
About Wildflowers, Grasses and Other Nonwoody Plants in Missouri
A very simple way of thinking about the green world is to divide the vascular plants into two groups: woody and nonwoody (or herbaceous). But this is an artificial division; many plant families include some species that are woody and some that are not. The diversity of nonwoody vascular plants is staggering! Think of all the ferns, grasses, sedges, lilies, peas, sunflowers, nightshades, milkweeds, mustards, mints, and mallows — weeds and wildflowers — and many more!