Sandhill crane adults are very large and have gray bodies with very long tertial feathers extending and arching into a “bustlelike” cover over their tails. Cranes have a very long neck, red skin on the crown, and a sharp black bill. Frequently the gray body and neck feathers are stained brown by the water in which they forage. In flight, the neck is held straight out. The call is a loud, gurgling or rattling, repeated, hollow wooden sound, gar-oo-oo-oo, which can be heard over a mile away.

Similar species: Great blue herons, sometimes mistakenly called cranes, are slightly larger. On the ground, the heron has a short, straight tail and a smooth contour down its back from head to tail; herons do not have the elongated feathers that form the rounded “bustle” on the crane. In flight, the heron curls its neck into an S shape, with its head near its shoulders. Finally, great blue herons usually fly singly, while cranes usually migrate in straight or V-shaped lines like geese. 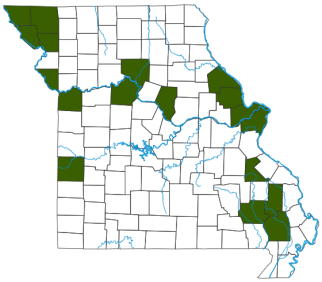 Statewide. Most sightings are from western Missouri.

A rare migrant in Missouri, stopping here occasionally to forage in crop fields and marshes. Since the 1990s they have become more regular at several locations in the western half of the state. There is no clear evidence of a successful nest with eggs or young in our state, although some attempts have been documented. With increasing crane populations in the upper Midwest, we may soon have a small breeding population of sandhill cranes. Their breeding range has expanded into nearby states.

A wide variety of plant material, including roots, bulbs, seeds, and grain (including corn), and animals such as insects, frogs, lizards, and mice. They forage by probing the ground, mostly in agricultural fields and other open, grassy places, and in marshes.

Rare migrant; very rare summer visitor and resident. In Missouri, a Species of Conservation Concern and critically imperiled. Unlike the endangered whooping crane, most populations of this species appear stable. Historically, flocks of migrating cranes used to gather at traditional “staging” areas along the Missouri and Grand rivers to feed. As their numbers increase in the Midwest, we may see more cranes in Missouri. The likelihood of their breeding in our state is increasing, too.

Nests consist of a mound of plant material in shallow water. Only a few eggs are laid, and the downy young can walk and feed themselves soon after hatching. They are 2-7 years old when they breed and can live for 20 years. Mates stay together all year and migrate south with their family. Breeding range is in Canada and the Rocky Mountains. Most winter in Texas, Mexico, and southern Florida. Between February and May, they gather in spectacular flocks in the Platte River region in Nebraska.

In spring, Nebraska towns along the Platte River benefit from the huge flocks by holding crane festivals attended by thousands of nature enthusiasts. Other places celebrate when the birds arrive in early winter. Formerly, cranes were hunted for food and shot for feeding on corn crops.

Migratory birds influence all the places they go. Although adult cranes are wary and if unable to fly can defend themselves with their sharp bills, their eggs and young, and their weak and old, are preyed on by many predators. Seeds stuck on their muddy feet can travel to wherever the birds fly. 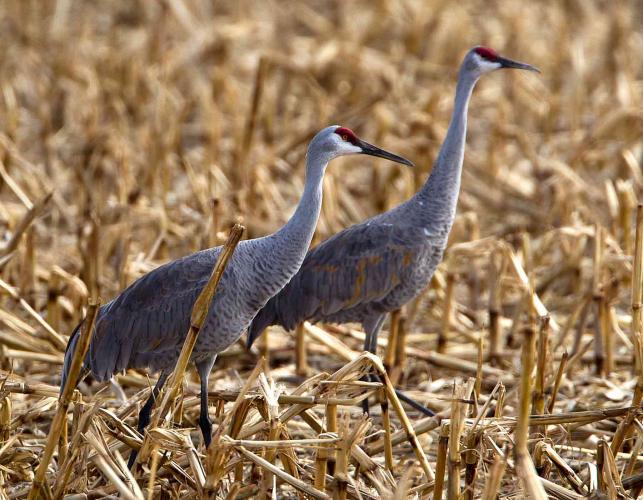 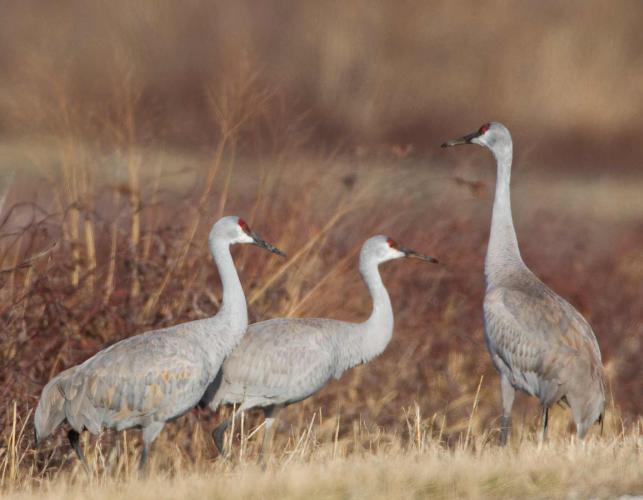 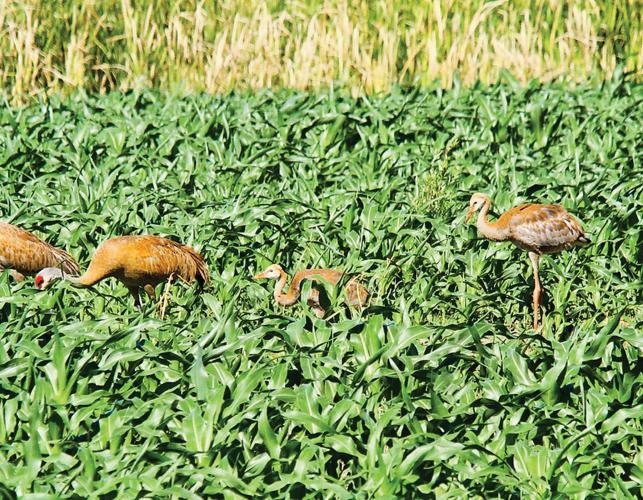 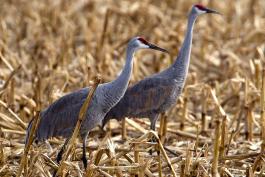 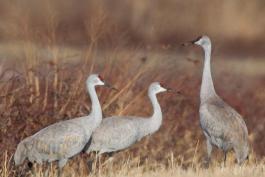 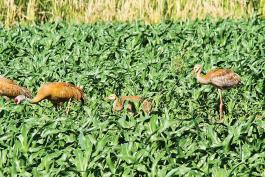