Prairie, or smooth ironweed is one of Missouri’s five species of ironweeds. Mostly limited to northern and western Missouri, it’s a smooth or hairless plant. Verify your identification by noting characteristics of its flowerhead bracts.

Like our other ironweeds, prairie ironweed is an upright perennial that bears branching, rounded clusters of fuzzy-looking magenta or purple flowerheads in mid to late summer.

The leaves of prairie ironweed are unlike all our other ironweeds (except for curlytop ironweed, V. arkansana): the leaf undersurface is smooth (glabrous; hairless) and dotted with tiny, impressed resin glands (these pits are easiest to see in dried leaves). The blades are relatively narrow. The margins are sharply toothed.

Flowerheads are relatively narrow, with only 10–26 florets per head. As with other ironweeds, the color is magenta or purple. The involucral bracts (overlapping, scalelike structures at the base of the flowerhead) are neither curly and threadlike, nor are they narrowly pointed and curling back. Instead, they are rounded or broadly angled to a bluntly pointed tip, the innermost (top) ones sometimes with a minute, sharp point; appressed (pressed snug against the flowerhead base), glabrous (smooth); the midvein not keeled or only slightly keeled toward the tip. The margins are sometimes minutely hairy. Blooms July–September.

Similar species: Most other Missouri ironweeds are hairy plants, but prairie ironweed is usually smooth or hairless, with smooth or hairless, gland-dotted leaf undersides. Curlytop ironweed (V. arkansana) is the only other Missouri ironweed typically lacking hairs, but its flowerheads are usually much wider, with many more florets (50–120) per head, and its involucral bracts are narrow and curly, looking something like tiny noodles (not like appressed scales).

Prairie ironweed can hybridize with all our other ironweeds, though combinations with curlytop ironweed (V. arkansana) are rare, since they usually don’t grow near each other.

Scattered in the northern half of Missouri, especially in the northwest; uncommon elsewhere. 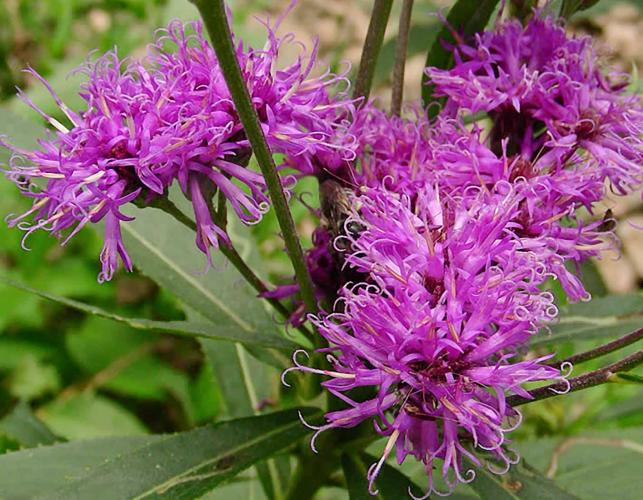 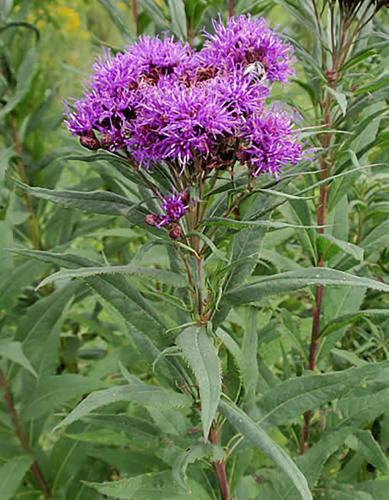 Caption
Prairie, smooth, or common ironweed (Vernonia fasciculata) is mostly limited to northern and western Missouri, mostly in the northwest. ID it by its combination of smooth or hairless, gland-dotted leaf undersides and by its involucral bracts.
Credit
Peter Dziuk, Minnesota Department of Agriculture, Bugwood.org
Right to Use
2/4
Image 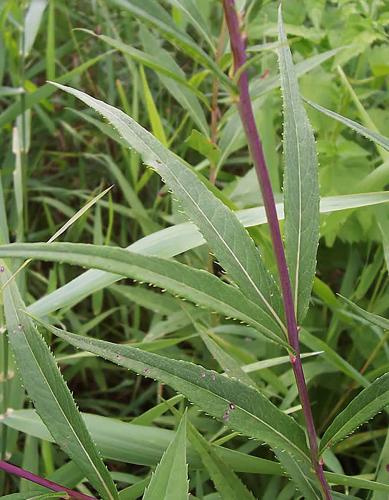 Caption
Prairie ironweed (Vernonia fasciculata) has leaves that are rather narrow, sharply toothed, and smooth (hairless) underneath and dotted with tiny, impressed resin glands.
Credit
Katy Chayka, www.minnesotawildflowers.info, Bugwood.org
Right to Use
3/4
Image 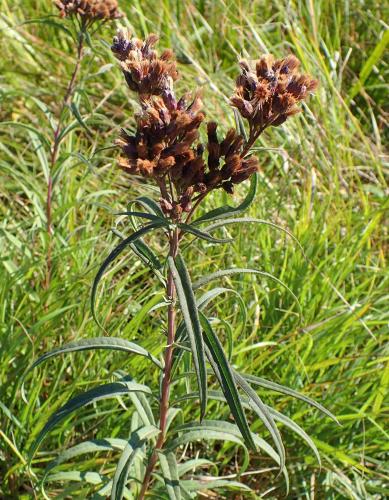 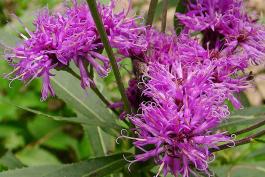 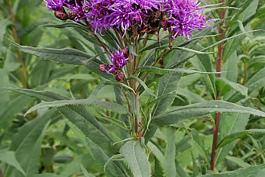 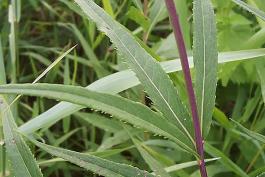 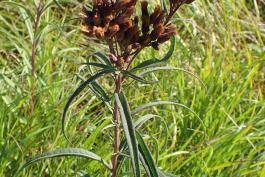 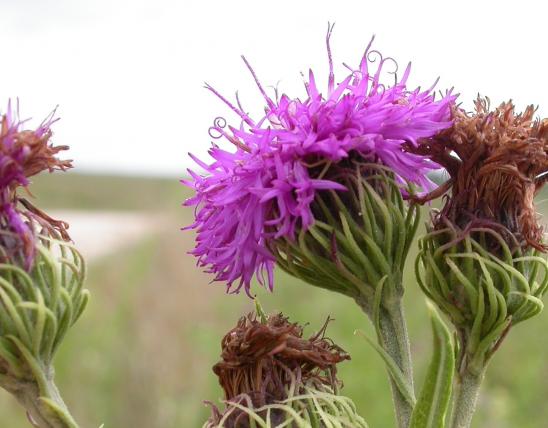 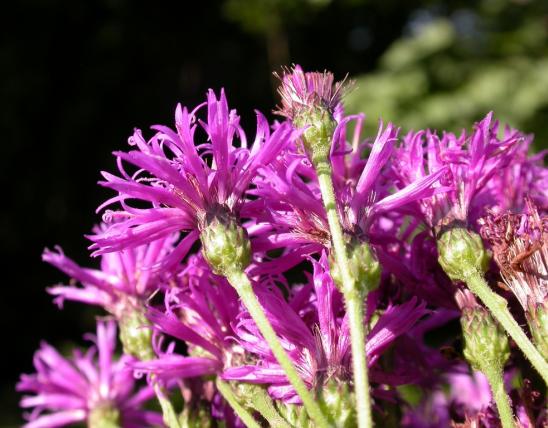 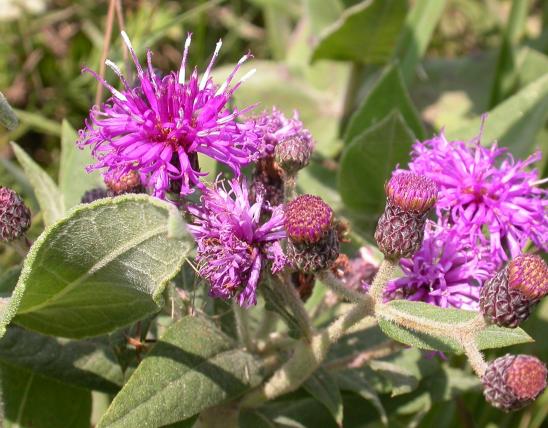