The belted crayfish is a medium-small, tan crayfish with a distinctive pattern of alternating olive-green and reddish-brown bands on the abdominal segments. Another unique feature is the presence on the carapace of a broad, blackish band that spans the cervical groove (the groove separating head and thorax). A second blackish band is located at the junction of the carapace and abdomen. The pincers are narrow for a stream crayfish but are not especially long.

Similar species: Within the belted crayfish's range, neither the golden crayfish (F. luteus) nor the saddleback crayfish (F. medius) has the first of the blackish saddle marks spanning the cervical groove. 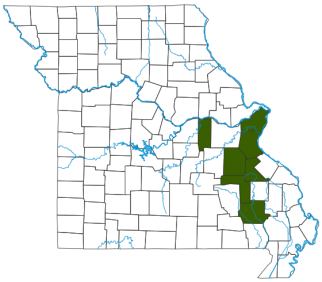 The belted crayfish inhabits clear, permanent streams ranging from medium-sized creeks to large rivers. It prefers permanent flow, no strong current, and a substrate of coarse rock. In daylight, this active, agile species usually hides beneath rocks. It forages at night.

Even though the belted crayfish is endemic to Missouri's Meramec River and Big River drainages, it has been introduced into the St. Francis River drainage, where it has become invasive.

Crayfish are generally omnivores, feeding on a wide variety of plant and animal materials.

Found only in Missouri's eastern Ozarks, and nowhere else in the world (that is, it is endemic to Missouri). It is a species of conservation concern in Missouri, since it is vulnerable to extinction. Its global ranking is the same.

This species has also been introduced into the St. Francis River drainage, where it did not occur naturally, and in that river system, it has become invasive.

Mating usually occurs in the fall, and males typically have a different body form, with specialized reproductive structures, in fall and winter. Females usually lay eggs in the spring, adhering them with a gluelike substance to the swimmerets under the abdomen. After hatching, the young remain attached to their mother’s swimmerets until they have completed 2 molts. They then begin making brief forays away from the mother but return to the safety of her abdomen if they feel threatened.

Crayfish are colorful and interesting animals. They are important members of aquatic communities, influencing the health of ponds, lakes, and streams and contributing to the success of anglers, froggers, and bird watchers. Crayfish are used for fishing bait. Some species are eaten by people.

It can be hard for people to understand how a native Missouri species can also be invasive. The political borders of our state mean little to animals confined to aquatic habitats. Because crayfish and other aquatic animals usually cannot travel over land, they are often confined to specific river systems. When people move them artificially from one body of water to another that they didn't belong in naturally, they can become invasive, outcompeting or displacing the organisms native to that aquatic system. 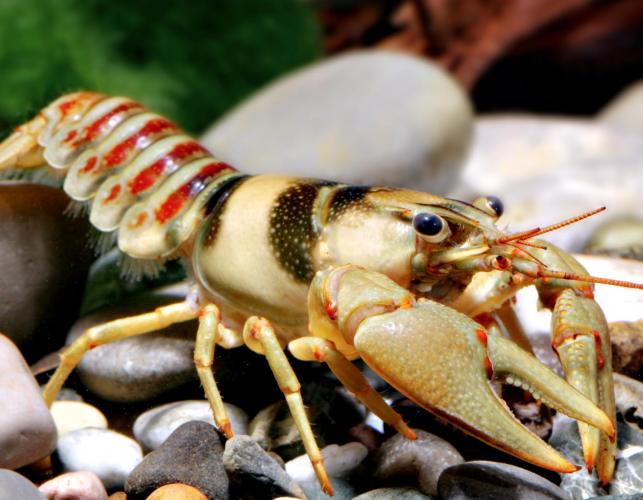 Caption
The belted crayfish, or Big River crayfish, is found only in the Big River and its tributaries, and the Meramec below the mouth of the Big River.
Credit
Chris Lukhaup
Right to Use
1/1
Image 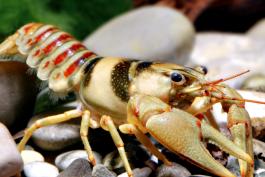 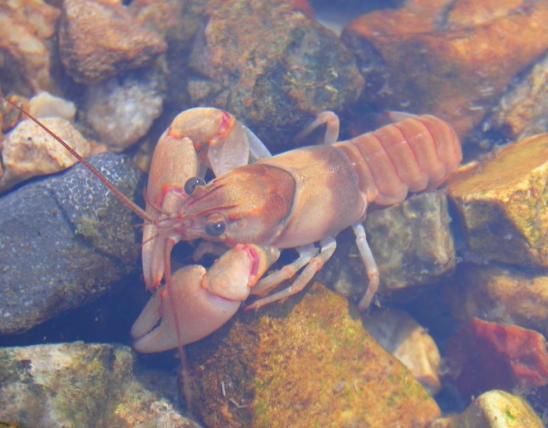 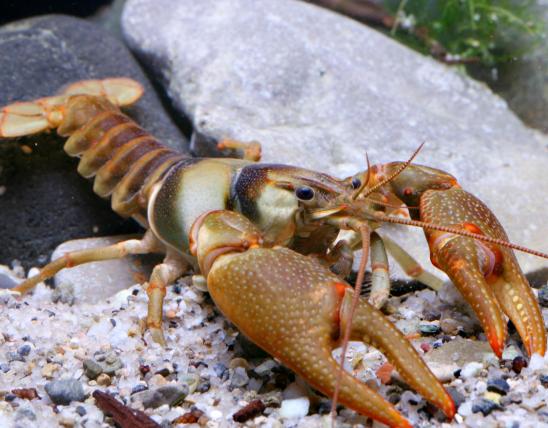