The Color of Fish

Color is also used to attract mates. The redbelly dace and the bleeding shiner are ordinarily nondescript minnows. But a spectacular color change takes place in the males during breeding season. Bright red markings appear on the undersides of the dace and in the fins of the bleeding shiner. Another small fish is the orange-throat darter. Its color intensifies with alternating blue-green bars and brick-red blotches on the sides and bright orange beneath the throat and undersides. The longear sunfish is one of Missouri’s showiest.

Fish are also able to change their colorations based on mood. A threatening coloration or pattern can be used to ward off others from their territory.

For most fish species spring and summer are the seasons when breeding coloration is at its peak.

Missouri is home to more than 200 kinds of fish.

In Missouri, anyone with a fishing permit can possess native non-game species in aquaria, if they are collected according to the rules outlined in the Wildlife Code of Missouri. 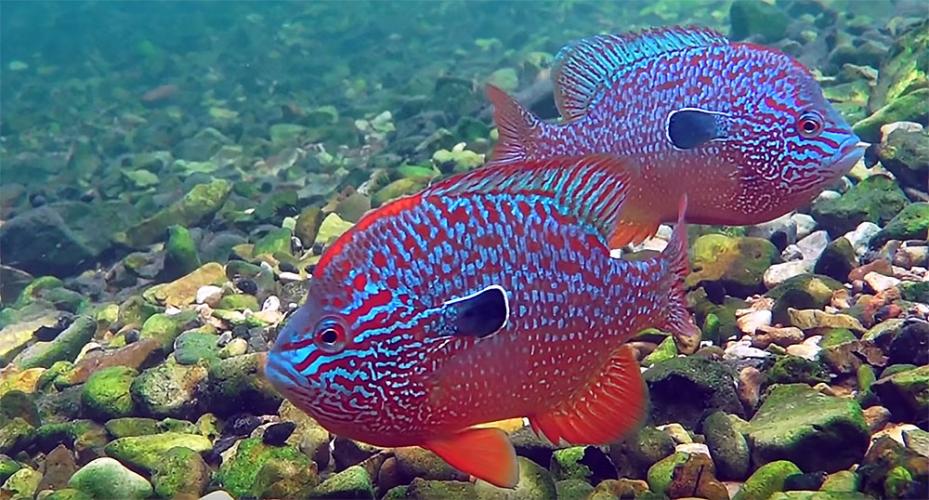