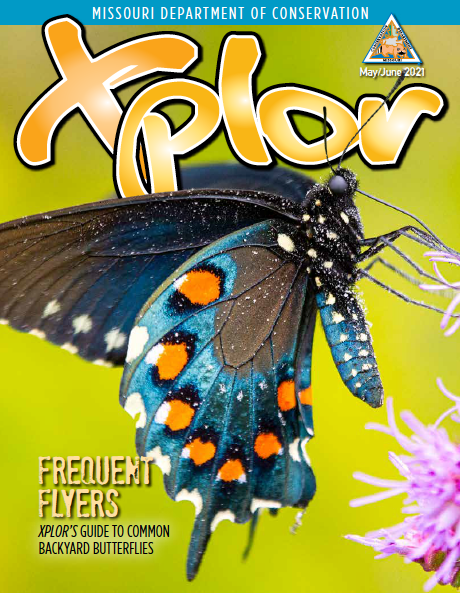 Your guide to all the unusual, unique, and unbelievable stuff that goes on in nature.

Fireflies flicker to attract a boyfriend or girlfriend. But biologist believe their flashing backsides have another purpose: The blinking may serve as a signal to hungry bats that the firefly is toxic and shouldn’t be eaten.

“Birdbrain” isn’t an insult if you’re a crow. The brainy black birds can count, solve simple puzzles, and use tools to gather food. They even recognize human faces and learn to approach people who feed them and avoid those who bother them.

Once it forms its protective cocoon, a caterpillar’s body quickly dissolves into a gooey soup of cells and proteins. Special cells act like a recipe book to remix the goo and form legs, wings, antennas, and other butterfly body parts.

Cliff swallows gather mouthfuls of mud — but not to eat. (That would be gross.) The birds use the blobs to build nests on bluffs, bridges, and barns. It takes about 1,000 beakfuls of mud — and as many flights to the mud puddle — to finish a single nest.

Now you see me. Now you don’t. Gray treefrogs have a handy trick to hide from hungry hunters. The snack-sized amphibians can change color — turning from gravel-gray to bark-brown to leafy-green — to match whatever they are crawling on.

Eastern coachwhips can slither swifter than any snake in the Show-Me State. Compared to humans, their top speed of 3.5 mph isn’t impressive. But they’re quick enough to outrun — oops, out-slither — all but the fastest predators and prey.

Even busy bees need to catch some Z’s. Comb through a patch of flowers at sunrise, and you might find a bee curled up in the petals, sound asleep. For most species, it’s male bees who sleep outside. Females usually return to the nest each night.

Use Xplor’s mini field guide to discover 10 of Missouri’s most common butterflies — that are anything but ordinary.

Get Out!
How To: Make a Squirrel Call
Into the Wild: Vegetable Garden
Predator vs Prey - American Redstart vs Planthopper
What Is It?