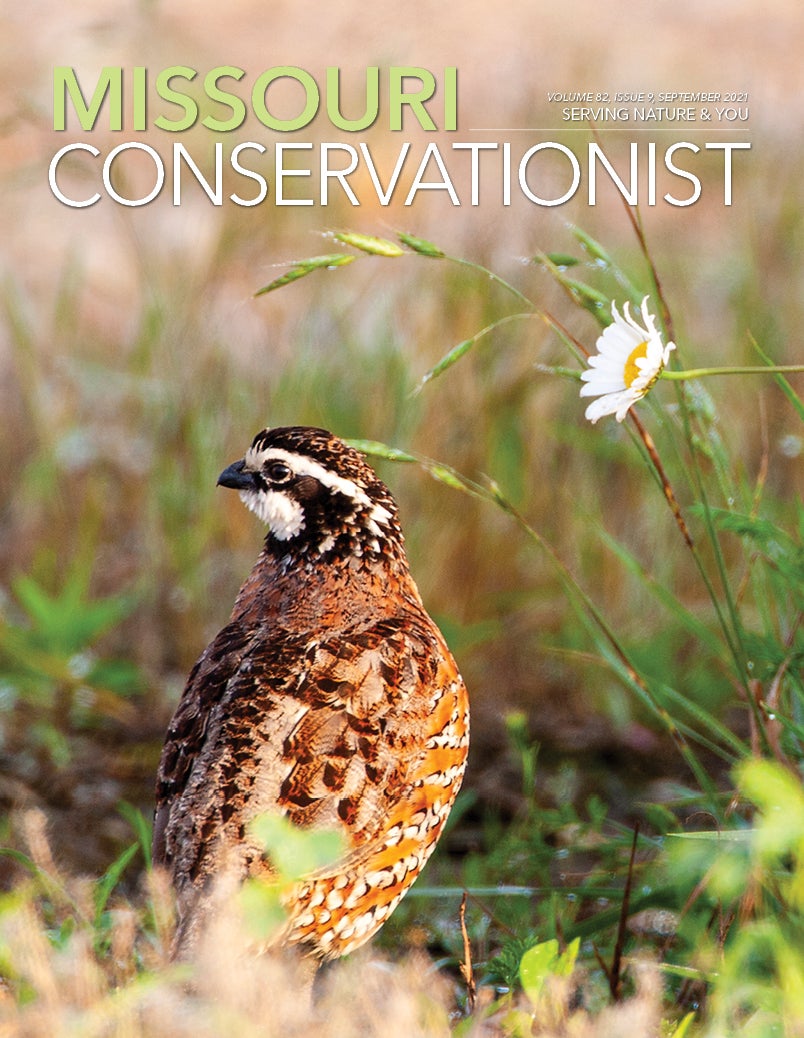 Bobwhite quail have a rich and storied history in Missouri. Prior to the days of huntable deer and turkey populations there was small game, and quail was king. Known as the prince of gamebirds, northern bobwhite inspire images of cool autumn mornings, favorite shotguns, and excited bird dogs for Missourians old enough to remember the “good old days” of the 1960s and early 1970s.

Bobwhites can still be found around the state if you know where to look and are willing to stretch your legs a bit. It is no secret that places with enough good habitat hold quail, but therein lies the problem — areas of good habitat are getting harder to find.

MDC has promoted quail habitat management ever since its beginning in 1937. Programs, such as Project Bobwhite in the 1980s, Open Lands Initiative in the 1990s, Quail Emphasis Areas of the 2000s, countless landowner workshops, staff trainings, press releases, and Conservationist articles were all aimed at improving habitat for quail on public and private lands throughout the state. Despite this, however, bobwhite populations have continued to slowly decline over the past 50 years and that has caused many biologists, hunters, and landowners alike to pause and ask if there is a better approach — a better way to manage for quail?

A Series of Fortunate Events

As one of the first states to fully embrace the national quail plan, Missouri is a leader in this effort, identifying private land focal areas to target management efforts in partnership with interested landowners and public land managers.

Missouri established two NBCI quail focal areas as part of this national effort to evaluate the impacts of targeted habitat management efforts. These efforts proved fruitful as both NBCI focal areas showed positive results, and not only for quail.

“What we learned from this work was that when interested landowners, biologists, and conservation partners work together to put native grassland habitat on the ground in a focused manner, good things happen for quail and many other species as well,” said Beth Emmerich, MDC’s upland game biologist. Emmerich also added that “during a few years of the study, bobwhite populations approached one bird per acre, which is considered by many Midwestern biologists to be the gold standard. In addition, we saw greater grassland bird numbers in the focal landscapes than in nearby control areas.”

During this same timeframe, the largest quail research project in Missouri’s history was concluding and yielding some intriguing results (see August 2019 Conservationist article, A New Approach to Quail: Grassland Management Key to Quail Recovery for more information). An important take home message from this study was that native grassland areas managed with fire and/or moderate grazing are preferred by bobwhite quail and many other species associated with good quail habitat.

“Diverse native grasslands, with lots of forbs, were far superior for quail production and survival as compared to areas managed with a mix of food plots and cool-season grasses, or old fields,” said Kyle Hedges, MDC district supervisor and co-lead on the nesting portion of the study. “We also found that the grasslands need frequent disturbance to remain productive for quail production. Either fire or moderate grazing or both in the last year proved to receive the highest use by quail broods and adults during the nesting season.”

To cap it all off, a national movement to save the monarch butterfly and other native pollinators was in full swing, and an alarming report on the dramatic decline of America’s songbirds was soon to be released. Something had to change. The way biologists, landowners, and hunters alike had been approaching quail management had some success, as demonstrated by the results in Missouri’s two NBCI focal areas and select public lands; however, these changes are not on a large enough scale to sustain the initial population recoveries in many cases. In addition, many of the other species that benefit from the establishment of good quail habitat were continuing to decline.

A Systems Approach to Quail Conservation

In 2018, MDC established multiple quail restoration landscapes (QRLs) to focus management efforts for bobwhites in landscapes around the state deemed most suitable to yielding positive population responses with purposeful management. The process to establish the QRLs included information used when defining the conservation opportunity areas (COAs) along with biologists’ experience and regional staff input. The result was the identification of landscapes around the state with purposeful management were best suited to achieve positive population responses for quail, as well as grassland songbirds and native pollinators.

“To be clear, these areas are not the only places the department and conservation partners will conduct work on public lands or assist private landowners. They are simply some of the best places to focus limited resources to achieve maximum results,” added Emmerich.

The results of the quail research project confirm the importance of conserving and managing Missouri’s native grasslands. This unique and increasingly rare habitat not only serves as important breeding habitat for quail but is vital to Missouri’s grassland-dependent wildlife species. However, it is not enough to simply have a piece of one of the rarest habitats in North America, it also needs to be managed.

“Good quail and grassland bird habitat includes a robust and diverse native forb community in a large, open landscape with scattered clumps of native shrubs, such as dogwood, wild plum, and blackberry,” said Frank Loncarich, MDC’s wildlife management biologist and co-lead on the nesting portion of the study. “Grazing is the best tool for creating the vegetative structure that facilitates easy brood travel, attracts abundant insects — a vital food source for quail and grassland bird chicks — and is an excellent way to put weight on cattle during the summer, when most cool-season grasses are not performing well.”

By focusing management efforts on creating diverse vegetative structure, like variation in height and thickness of the vegetation, these areas provide abundant habitat for grassland songbirds and native pollinators as well.

“By using burning and moderate grazing to manage the entire grassland, we see more uniform use of the entire suite of grassland birds across the area,” added Loncarich.

Cropland landscapes have long been synonymous with quail habitat. During the early years of European settlement, the fragmentation of the landscape provided by small-scale agriculture increased habitat for bobwhite quail and many other grassland and woodland wildlife species. However, as field sizes grew and crop diversity decreased, habitat dwindled. Today’s croplands provide little permanent habitat for quail and grassland wildlife. However, simple practices, such as establishing native grassland field borders and buffers on the least productive acres, edge feathering mature fence rows and woodland borders, and using cover crops, can improve habitat tremendously while having little to no impact on agricultural production. In fact, targeted restoration of native grassland habitats on as little as 7 percent of cropland can yield positive population responses for quail, grassland songbirds, and native pollinators.

Habitat management for bobwhite quail, grassland songbirds, and native pollinators is not something Missourians think about on a routine basis. However, there are some simple practices that can greatly improve habitat conditions for these species. Consider implementing the following practices to help restore Missouri’s quail, grassland birds, and pollinator populations:

The concept of QRLs is not just to increase quail population numbers, but to establish diverse native grassland habitats in a focused manner to accomplish a whole suite of benefits. Those benefits are good for the wildlife as well as the landowner.

You don’t have to be passionate about quail, or even grassland songbirds. Maybe what you really care about is better cattle performance during the summer, reducing in-field production costs, or seeing more monarch butterflies. Whatever your motivations for restoring diverse native grassland habitats, doing so in a focused approach like the QRLs can yield benefits far beyond the original intent.

For ideas on how to improve your property, visit short.mdc.mo.gov/ZV2. 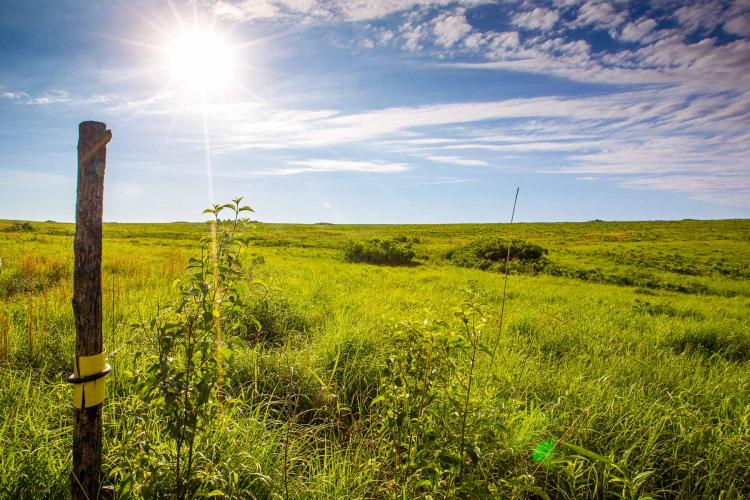 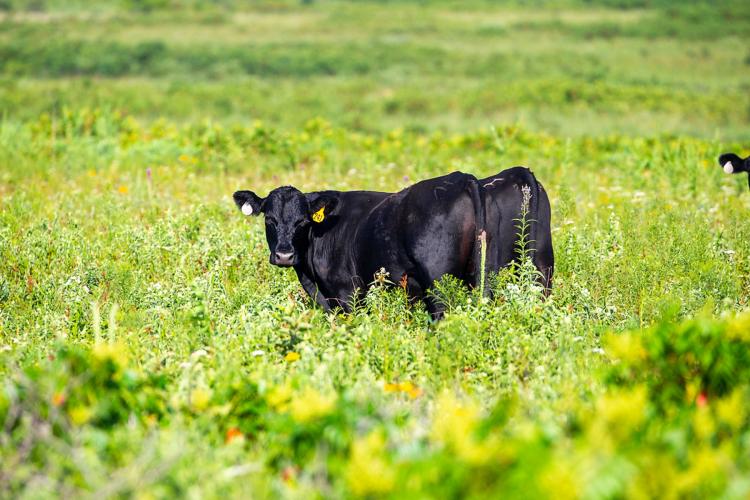 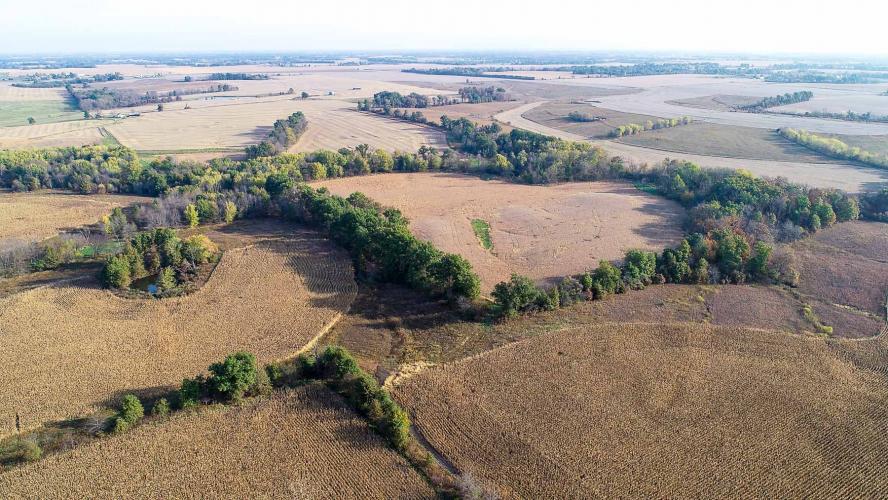 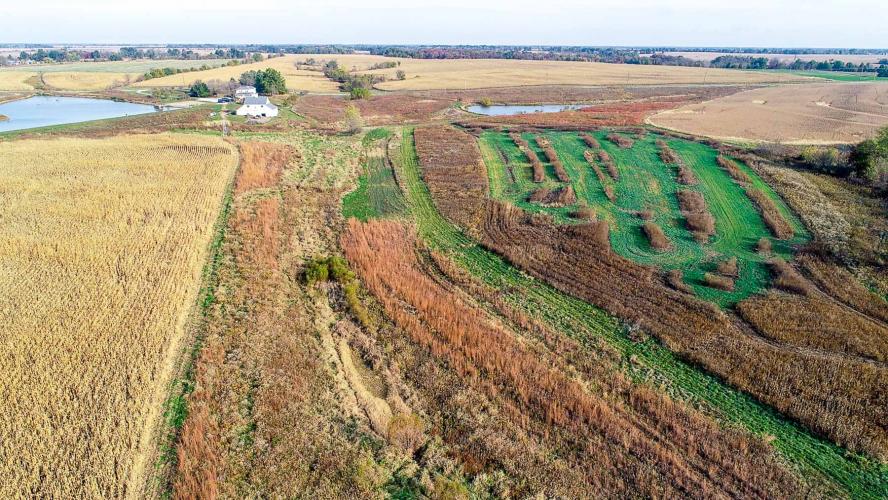 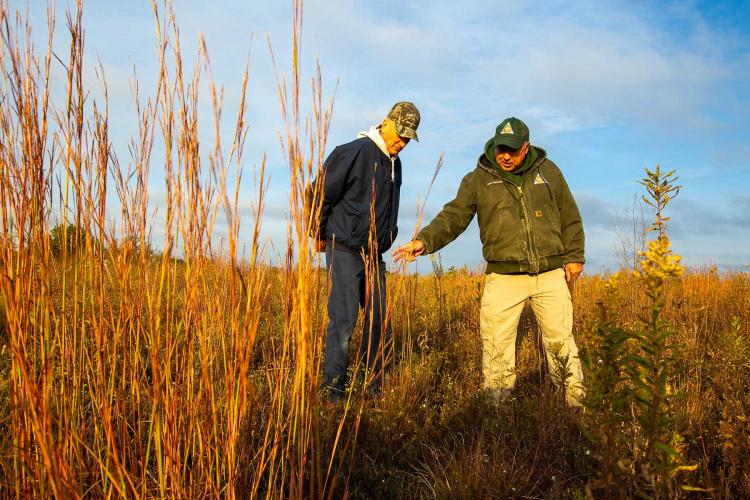 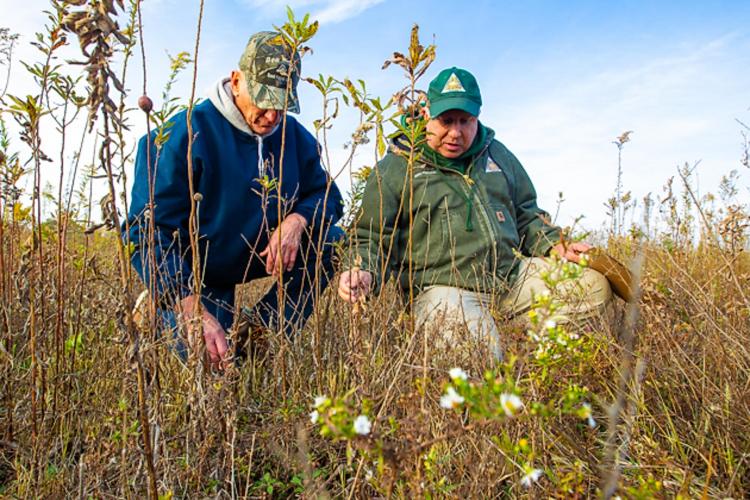 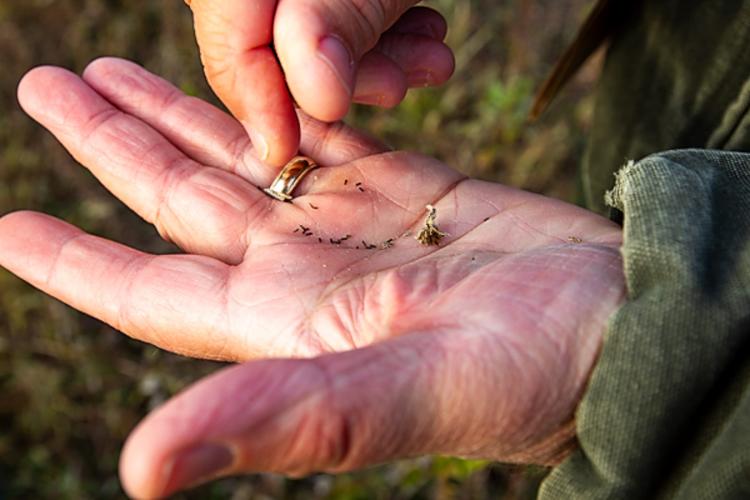 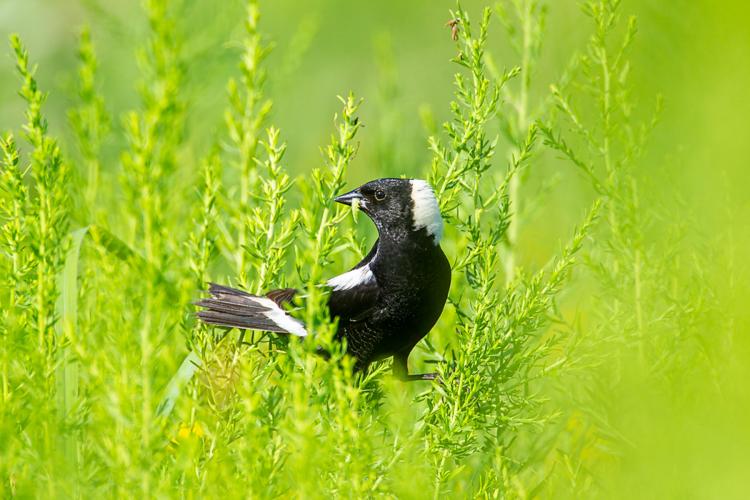 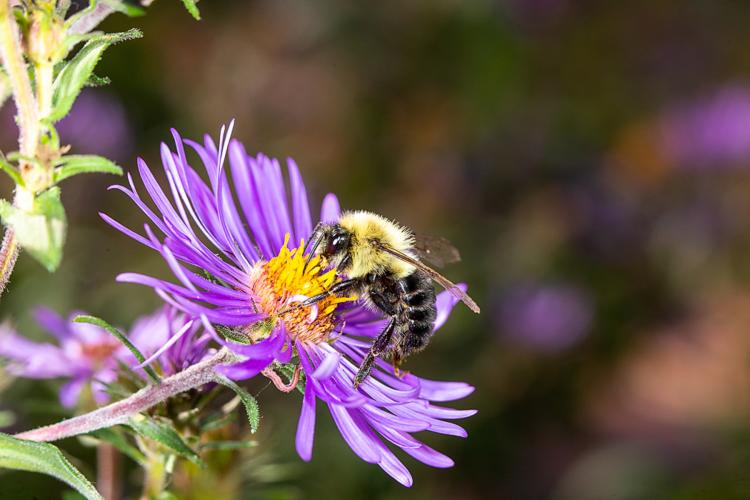 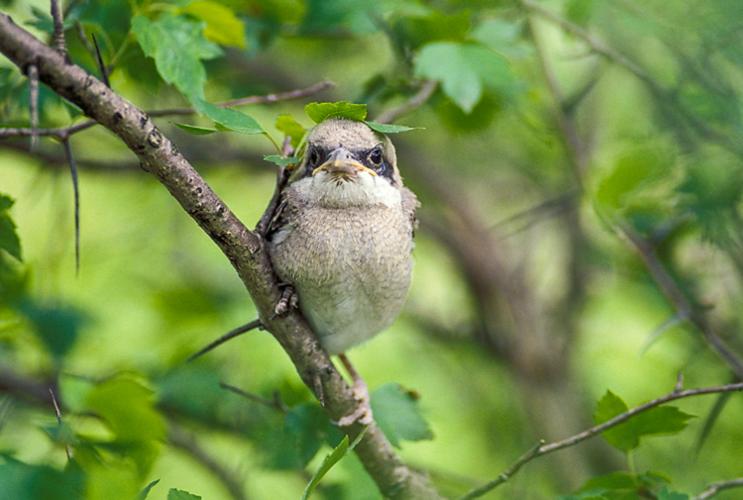 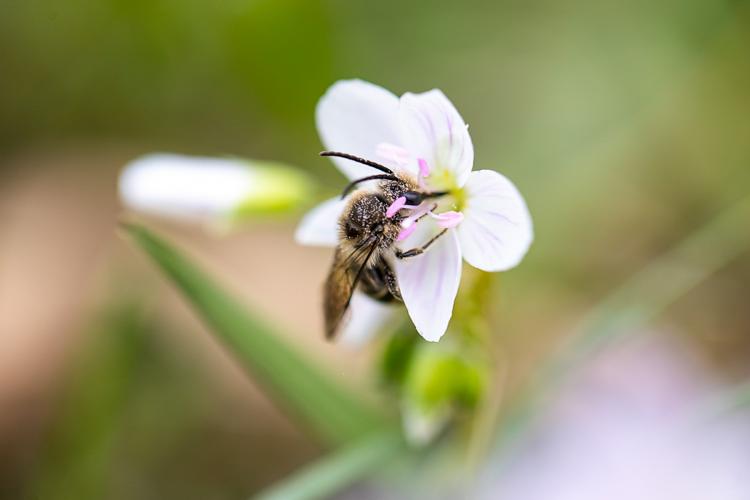 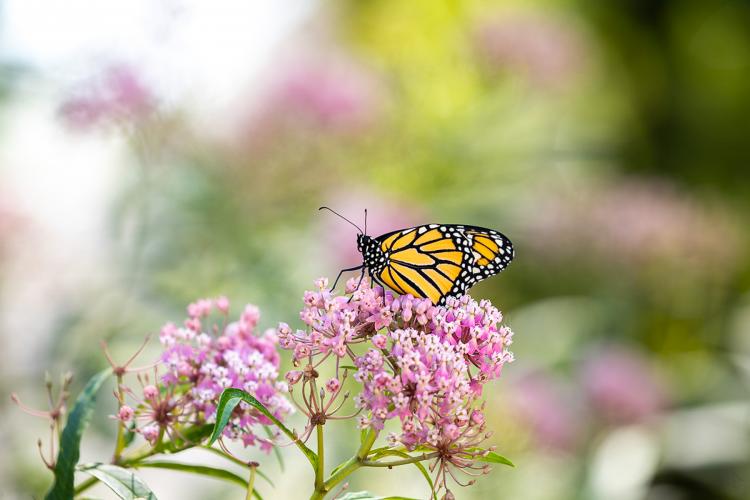 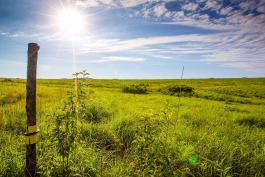 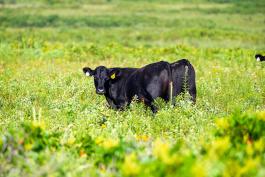 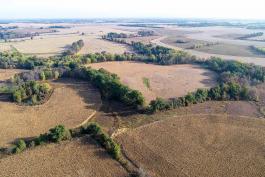 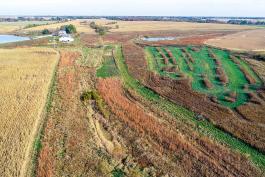 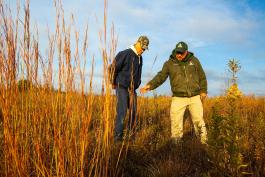 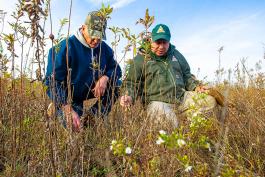 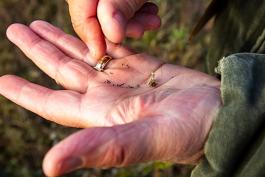 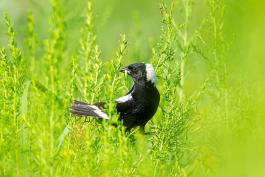 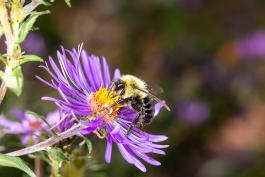 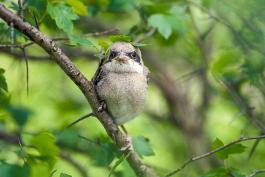 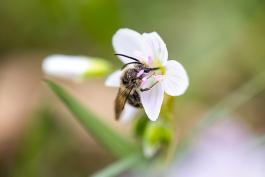 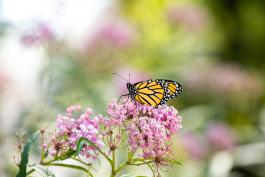 Media
Beyond the Classroom
Body