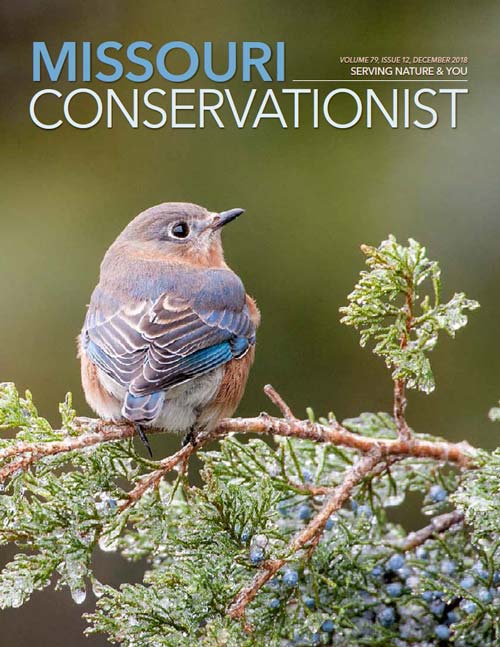 If you garden, farm, grow trees, or manage wildlife habitat, you probably know a thing or two about soil. It’s made of sand, silt, and clay, and you amend it with N (nitrogen), P (phosphorus), and K (potassium). Or so we used to think.

In the last few decades, advances in research technology have allowed soil scientists to discover just how much they didn’t know about soil, our shared foundation of life and health.

“Over the years, we’ve done a good job of characterizing soil’s physical and chemical properties, but not the biological aspects,” said Dr. Randy Miles, associate professor emeritus of soil science at the University of Missouri’s College of Agriculture, Food & Natural Resources. “We didn’t know a lot about soil microbes. Now, with new instrumentation and better analytical capabilities, we can do the work much faster and more reliably.”

MDC Resource Scientist Elizabeth Middleton agrees. “In the last 10 years, people have woken up to the importance of the soil community in sustaining life.”

This awakening is spreading worldwide. From Ozark, Missouri, to Melbourne, Australia, people are discovering the invisible creatures that run the world and how we can take better care of them. After all, our lives depend on it.

This discovery is changing the way everyone — from home gardeners to large-scale timber managers — thinks about soil management. Fundamentally, it enables them to rely more on plant and soil organic matter management and less on tillage, engineering, and inputs like fertilizer, herbicides, and pesticides.

Wayne Lovelace is president of Forrest Keeling, a native plant nursery in Elsberry. His company is a Missouri partner for soil health, and he has participated in testing various methods of encouraging the soil food web, especially using mycorrhizae, a type of threadlike fungi that interacts with roots. Results show that soils with
a higher fungi-to-bacteria ratio are better for plant growth.

“We found that restoring the soil microbial community can be done fairly quickly, and the payback, of course, is the input costs are greatly reduced,” he said. In addition, he said, restoring soil health “carries through to healthy wildlife and people. The whole cycle sort of comes together.”

“What organisms are in the soil? Which help? Which hurt? How can we manage them?”
Using a diagram of simple drawings, she presented a living network of bacteria, fungi, microbes, arthropods, and larger life-forms like mammals, reptiles, and birds.

The Five Rules of Soil Health

Although years of private and public research have brought the soil food web to light, it doesn’t take a Ph.D. in soil microbiology to conserve soil and water like a pro. Whether you’re starting a construction project, growing trees, landscaping, managing stormwater, restoring wildlife habitat, or growing crops and livestock, follow these five rules to build soil health and improve soil, water, and wildlife conservation.

Anytime you disturb soil, whether with a shovel, plow, bulldozer, or continuously grazing livestock, you expose it to the erosive forces of water and wind. Although agencies have been discouraging soil disturbance since the Dust Bowl days, “erosion by water is still a major problem,” said Doug Peterson, Natural Resources Conservation Service (NRCS) regional soil health specialist for Missouri and Iowa.

This is especially true if your land is hilly or your construction project is on a slope. One of the best erosion-control methods is sowing annual cover crops like oats and radishes immediately after disturbance. They germinate and grow quickly, covering bare soil and stabilizing it against stormwater runoff and high winds.

When it comes to row-crop farming, combining cover crops with no-till planting practices can “address the root problem of erosion and loss of soil fertility,” said Peterson.

“This can protect your budget and peace of mind,” she said.
Native plant seed mixes have a limited window of time when they can be sown. If project delays close that window, you’re stuck with an expensive delivery of native seed. You must either sow it and hope for the best, or find a suitable place to store it until the next planting opportunity.

“Using temporary cover crops is a great way to avoid a stressful situation and give the permanent native cover its best chance for success,” Burnett said.

Leaf litter, dying plants, decomposing animals, and the microbes themselves make up organic matter. “Up to 50 percent of soil’s organic matter can come from microorganisms,” Peterson said.

This is important because it’s the interaction between dead plant matter, roots, minerals, and microbes that creates a stable, porous soil that can absorb water.

Ben Anderson and his family raise corn and soybeans near Rocheport. They have used no-till with cover crops exclusively since the early ’90s, when Anderson’s father-in-law was looking for a way to control erosion on the family’s highly erodible acres. “He got tired of seeing creeks run muddy,” Anderson said. As the family got further into it, they realized there was more going on than erosion control. Through soil sampling and participating in MFA’s Nutri-Track program, they saw that “increasing organic matter increased the number of good bugs on our farm that did some of the work for us.” This work included natural tillage, reducing compaction, and increasing infiltration.

Boost microbe diversity by boosting plant diversity, especially those that naturally occur on your soil type. If you have clay, cultivate water-loving plants like those found in a wet prairie or wetland. If you have loam, encourage forest and woodland plants. If you have dry, rocky soil, give it glade (desertlike) plants, such as New Jersey tea, glade coneflower, aromatic aster, and cliff goldenrod.

But there’s a caveat to this rule if you’re trying to restore a natural community like a prairie or glade. Some plants can’t live without their associated soil fungi. For example, many milkweed species need a specific type of mycorrhizal fungi to thrive.
This critical plant-fungi relationship is helping scientists like Middleton realize that the soil community may hold the answer for better prairie restoration. “The science is working really hard to catch up to our needs,” she said. She and other Missouri soil-health partners are conducting studies comparing effects of whole soil treatments with those of cultured fungal inoculants. The Conservationist will report on their results in the near future.

Again, plants are the answer, and the longer the root system, the better.

To improve soil’s structure and its ability to absorb, hold, and slowly release water, more municipalities are specifying native-plant bioswales in their stormwater-control projects, and developers are learning how to design and install them. Forrest Keeling’s Lovelace supports this widespread change in stormwater management.

“We’re concerned about trying to do the best we can to help clients slow down water, especially in flood plains,” Lovelace said.

Just like animals above ground, soil microbes need space and air in their environment to survive and thrive. Crushing their habitat with heavy equipment and continuous livestock grazing compacts the soil and kills them. To keep your soil food web alive and healthy, keep heavy equipment off growing areas, and practice rotational grazing if you manage livestock. As Peterson said, “Good grazing management is one of a handful of practices that can correct erosion, flooding, poor soil function, and poor water infiltration.”

In rotational grazing systems, managers move tight groups of livestock quickly through a series of small pastures, each with its own water supply. The cows don’t stay in a paddock long enough to trample the ground deeply, and they don’t have enough time to graze vegetation down to bare dirt. They also defecate as they go, leaving manure as natural fertilizer.

“On grasslands, we use fences and short grazing periods to mimic the historic forces of fire and predators,” said Peterson. Because native prairies, with their deep-rooted plants and super-absorbent soil, evolved under intense-but-short periods of grazing, rotational systems can help livestock producers restore soil function and health on their grasslands.
If you can work a rotational grazing system into your livestock operation, your grassland soil will be the better for it, Peterson said.

A Cast of Billions

Soil microbes occur wherever there’s organic matter like leaf litter and roots, mostly in the top few inches of the soil. In the soil food web, organic matter, including plant roots, are the producers. They support countless microbes, including primary consumers (bacteria and fungi) and secondary consumers (protozoa and nematodes), which interact with higher-level consumers (worms, bugs, birds, and mammals). Bacteria and fungi (also known as mycorrhizae) help break rock into sand, silt, and clay, and they’re the first in line to decompose organic matter, making nutrients available to plants.

The interactions between plants and the soil microbial community — especially decomposing organisms — create soil that strengthens roots and serves as a slow-release reservoir for water and nutrients. This dynamic sustains life as we know it, and it’s the basis of all conservation efforts.

Yes, folks, this is a real thing. A Canadian 4-H student developed an ingenious way to check your dirt for signs of life. All you need to do is soil your undies. Grab a new pair of 100–percent white cotton underwear and bury it in the top 6 inches of your soil. Mark the spot and mark your calendar. In two months, dig up your drawers. If they’re mostly gone, your soil is full of hungry critters. If they’re in shreds but stained, your soil is leaching nutrients. Feed your soil critters the right plants and lots of organic matter, and they’ll do a better job for you, your land, your streams, and your wildlife.

If You’re Serious About Assessment… 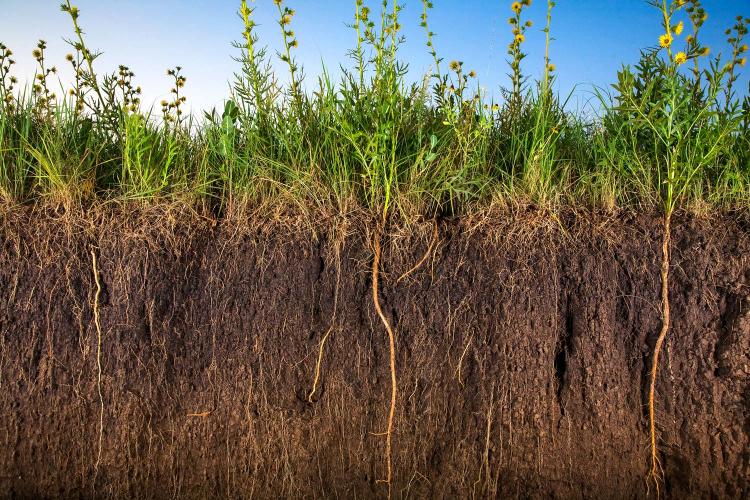 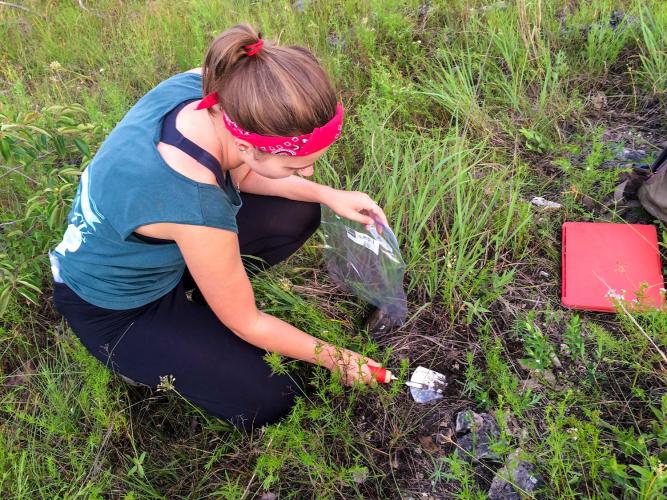 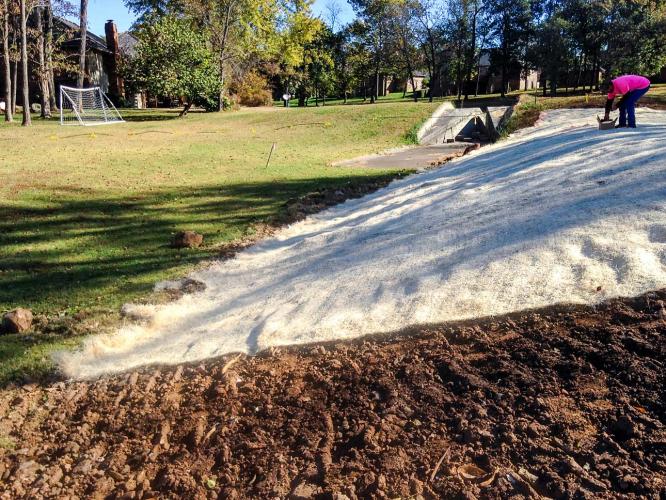 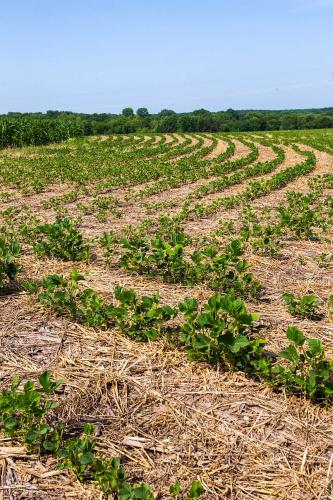 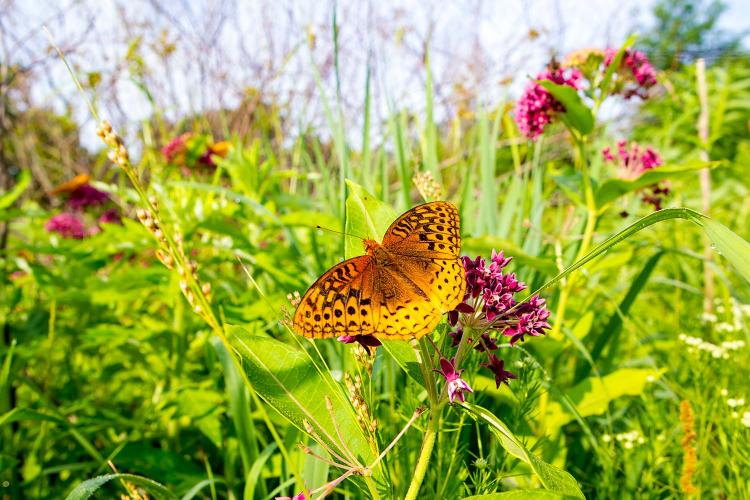 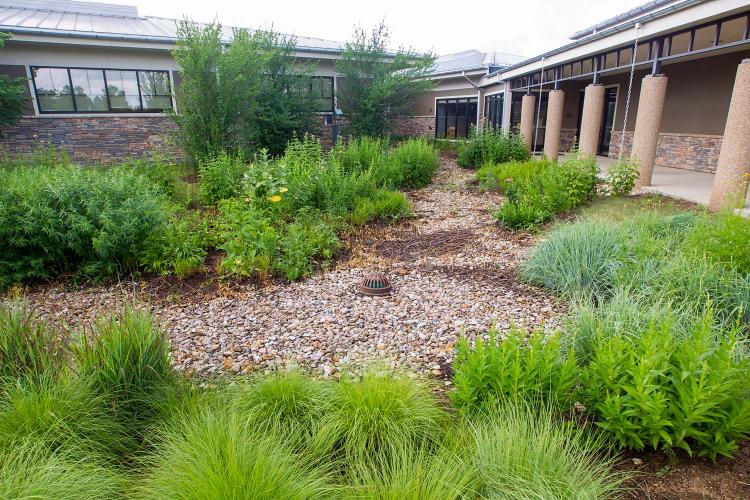 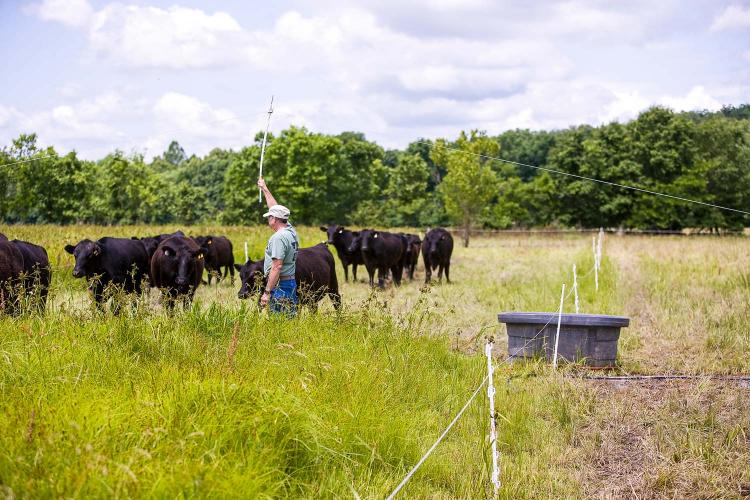 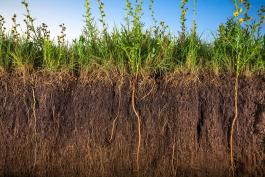 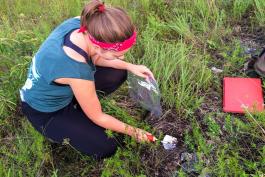 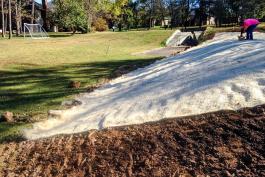 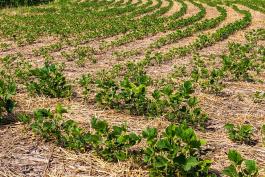 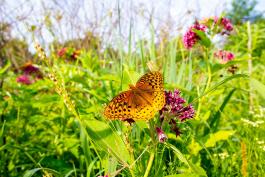 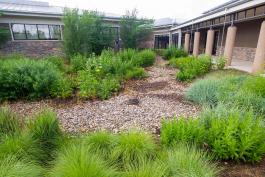 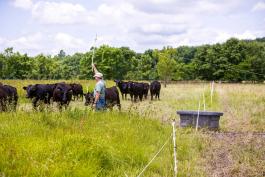