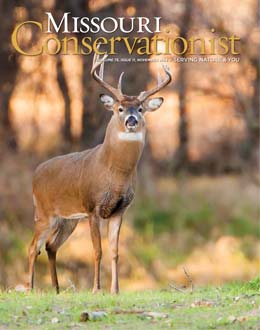 “I did exactly what you mentioned in the program — some grunts and a bleat and the buck came running!” wrote a participant from a recent deer-calling seminar.

He included a picture of the 10-point buck he had harvested with his son and said that if he had known calling whitetails was so effective, he would have started doing it when he first began hunting.

Hunters all across Missouri have experienced similar success with calling deer. However, white-tailed deer communication is complex and includes much more than the vocalizations we usually think of. Deer hunters can increase their chances of success by having a solid understanding of how deer communicate. Let’s review the basics.

Whitetails have an advanced communication system. This system plays an important role in deer behavior and, among other things, facilitates the rut. From social bonds to reproduction, whitetails depend on communication to survive.

Deer use most of their senses and a variety of methods when they communicate. For example, a deer in alarm or distress may stomp its foot, sway its head, and snort. During this display, other deer are forewarned visually (foot stomping and head swaying), chemically (scent deposited from the interdigital gland between the toes during foot stomping), and vocally (snort).

Communication that can be seen is often referred to as visual communication or body language. Whitetails use this type of communication frequently. The waving white flag of a deer’s tail as it runs off is an example of visual communication. Posturing is also exhibited in whitetails and helps keep social status in check within a deer herd. Bucks and does will display posturing behavior including hair bristling, staring, and head movements. These forms of body language are often used to establish dominance and territory.

Hunters should pay attention to visual communication as deer approach a setup. A relaxed deer will exhibit normal walking behavior and will frequently twitch its tail, giving an “all clear” signal. Stiff walking, Visual communication can reveal a lot as deer approach. Stiff walking, alert ears, head swaying, foot stomping, and/or a raised tail can be signs of an alert deer that may be aware of your set-up.

Hunters can capitalize on chemical communication by using various scents and attractants. In addition, given the highly developed sense of smell that deer have, it is important to hunt in areas downwind of where deer will be approaching and to keep gear clean and scent free. There are a number of commercial products made to help remove scent.

Whitetails also use a wide range of vocalizations to communicate with each other (see Deer Dictionary sidebar). Deer use sounds to convey alarm, distress, social status, and aggression. Many sounds can only be heard less than 100 yards by humans; however, the snort can be heard much greater distances.

Few things can compare to carrying on a conversation with a whitetail. As a result, many hunters will not leave the truck without packing a grunt call. Compared to other game species (turkey and waterfowl, for example) the calls of whitetails are fairly easy to master and reproduce with consistency.

In addition to other deer hunting methods and techniques, successful whitetail hunters use deer communication to help fill the freezer. There are a number of calling devices and attractants that are designed to help hunters lure whitetails in range.

Calling devices: A simple grunt call is in order and can be picked up at your local sporting goods store. Some grunt calls have variable pressure points on the tube that allow for a full range of whitetail sounds to be imitated with only one call. “Can” style calls produce bleats with ease and can be effective as well.

As with other wildlife calling, two main forms of calling exist: contact calling and blind calling. In contact calling, you have seen the deer and can watch the reaction of the deer when you are calling. This can be the most effective form of calling. During blind calling situations, calls are used in a likely spot, approximately every 30 minutes, with the hope of calling in a deer within hearing distance.

Attractants: Natural doe urine can be used all season; other scents like estrous or dominant-buck urine are typically more effective closer to the onset of the rut. When placing attractant scents, make sure your hands and clothes are free of any odors offensive to deer.

Every deer hunt will bring about different scenarios. Here are three of the most common.

Situation: It is 7 a.m. on Halloween, and you are bowhunting on private property. You have not seen any deer. What calls might you try to attract one?

Technique: Consider faking a fight. Start out by offering grunts and then build up with intensity while using doe bleats intermittently. Rattle with a rattle bag for approximately 5 seconds, pause to look and listen for an approaching deer, then continue rattling and pausing for 30 seconds. Finish the calling sequence with soft grunts.

Situation: You and your daughter are participating in the Youth Firearms Season. A buck runs past your stand chasing a doe and into thick cover. You can see the deer, but it is too thick for a shot. How do you call this buck or doe in close enough to harvest?

Technique: Start by grunting and bleating to let the deer know you are there. If they pay no attention, do some light sparring (rattling) and challenge the buck to a fight by offering a snort-wheeze. It’s unlikely, but the buck may become disinterested in the doe and come to kick your tail.

Situation: It is the last day of the Alternative Methods season and you are hunting a large clover field. A group of does comes out at the end of the field you are hunting, out of range. How do you call one of these does in closer for a shot?

Technique: Offer soft bleats and grunts until they have heard you. Give it 10–15 minutes before making a few barely audible bleats again. Don’t be surprised if the group slowly starts to work your way to investigate your calling. Not every deer hunt that involves communication will end like the hunt described in the opening of this article; however, hunters will have a higher chance of success with an understanding of white-tailed deer communication. Study how whitetails communicate and apply that knowledge appropriately, and you will be well on your way to notching your tag this fall.

When it comes to communication, few animals stack up to whitetails. Take a look at some of the most common communication methods employed by white-tailed deer.

Every deer will respond differently to communication techniques; however, there are a few guidelines you can employ for success. 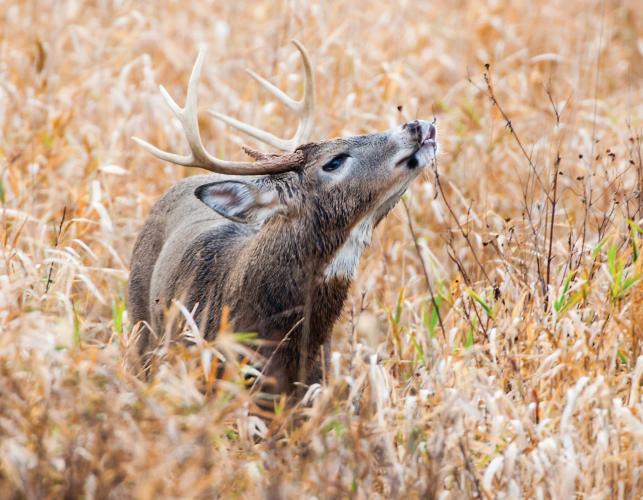 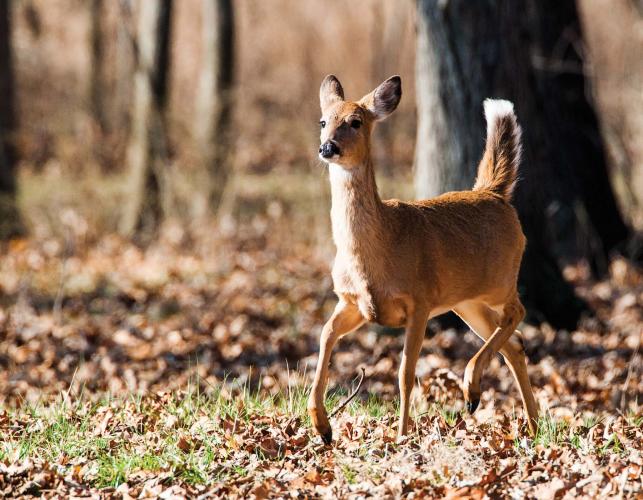 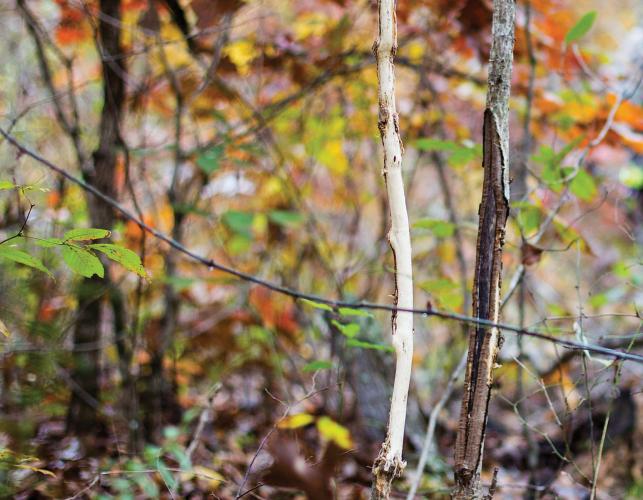 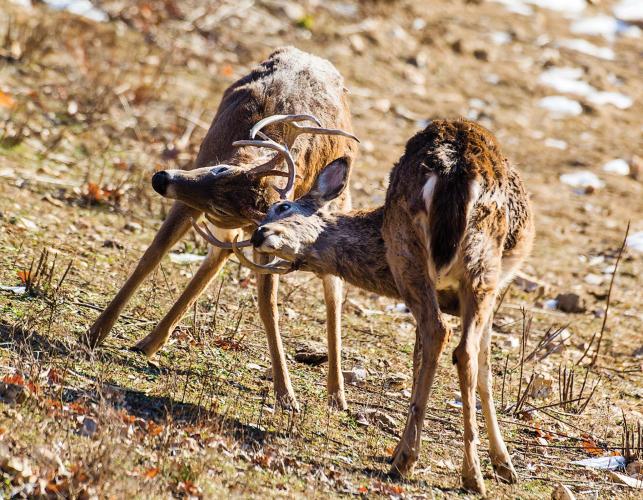 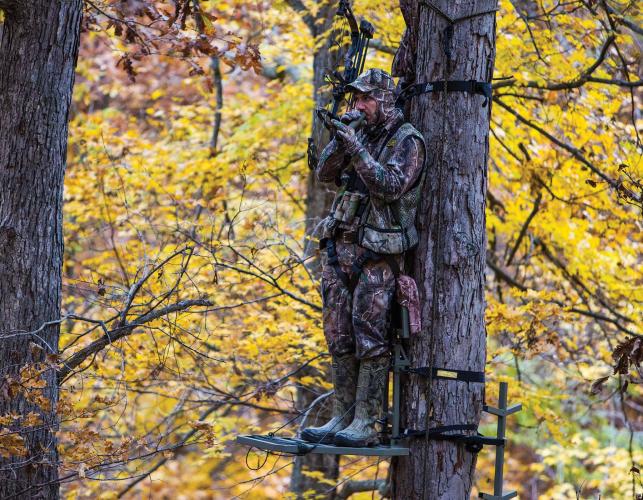 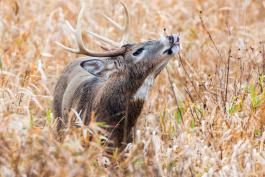 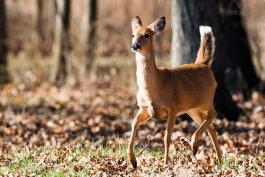 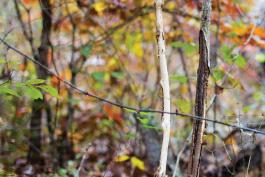 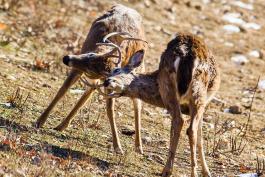 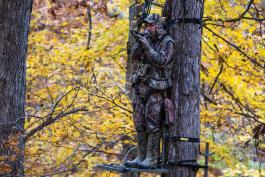