By Connie Hjelmeng-Johnson | May 2, 2002
From Missouri Conservationist: May 2002 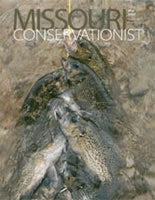 On a hot July afternoon, I watched a strange insect forcing its tail into a dead log. I assumed I had discovered an unusual species, but I was later surprised to find it was merely a common variety of insect, the ichneumon wasp.

Ichneumons (pronounced Ick'-new-mons) are a large family among many different types of parasitic wasps around the world. Ichneumons are often incorrectly referred to as flies, but they are directly related to wasps and bees. They are "parasitic" because they lay their eggs on or in another insect species called a "host." The ichneumon's larvae develop and grow at the expense of the host insect. Ultimately, the ichneumon larvae kill the host.

All parasites are not bad. Ichneumon wasps are economically and environmentally important because their larvae feed on and destroy many insects injurious to humans and plants, especially to food crops. Ichneumons are important in the control of clinch bugs, boll weevils, codling moths and asparagus beetles, just to name a few. The value of parasitic ichneumon wasps in the control of agricultural pests is incalculable. They are extremely helpful to the environmental in general, and farmers in particular.

Larval ichneumon species that feed on hosts in open habitat usually develop as internal parasites. Those that feed on hosts in concealed places usually develop as external parasites. Generally, a single larva hatches from one host, but sometimes many larvae can develop from a single host. A tomato hornworm with many small white objects attached to its body is an example of a host with multiple larvae. These white objects are actually cocoons of the larvae hatched from eggs laid by a different insect.

Scientists estimate there may be from 40,000 to 100,000 species of ichneumon wasps worldwide. They vary greatly in color and size, but they all have long, light-colored antennae with many sections, two recurrent veins in each wing, a dark spot on each wing, and a slender, curved abdomen. Ichneumon wasps range from 1/8-inch to 5 inches long. Most are brown or black with yellow, white or red markings. Females have an egg laying organ called an ovipositor at the end of their body.

The megarhyssa species I observed and photographed forcing its tail into a log was about 1 3/4 inches long with yellow, "V" shaped markings on its black body. The outstanding characteristic of this particular species is the trailing, thread-like ovipositor of the female. It alone is more than 3 inches long. These long ovipositors appear frightening, but megarhyssas do not sting.

Some ichneumon adults drink flower nectar and/or water, but most do not "eat" in the traditional sense. Some researchers suspect that many species do not take nourishment of any kind during the adult life cycle. All larval ichneumons consume other insects.

Ichneumon wasps range throughout the world, except the plains and deserts. They live all across the United States, except in the lower Southwest. Ichneumon wasps are found throughout Missouri. Though common, they are seldom seen or recognized because they usually feed, breed and lay eggs in places seldom visited or noticed by people.

Depending on the species, ichneumons prefer mixed forests with decaying logs, dead or dying broad-leafed trees, forest canopies and shrubby fields. They also live in meadows with a forest edge. They usually prefer damp habitats.

The ichneumon life cycle begins in the spring, when mature adults emerge and begin looking for mates. Ichneumon wasp courtship is simple and unpretentious. The female produces a strong sex pheromone capable of attracting males from long distances. These pheromones are similar to a strong perfume, but can only be detected by males of the species. Mating has seldom been observed in the wild, but scientists who study the ichneumon believe it lasts 10-20 seconds.

The most fascinating element of the ichneumon life cycle in the megarhyssa is its method of egg laying. After mating, the megarhyssa looks for the perfect site to lay its eggs, usually a dead elm tree that has been attacked by pigeon horntail flies. Apparently, the female selects the right tree by pressing its long antennae against the bark to detect vibrations of the horntail larvae deep inside the wood.

Finding the right tree, the female crouches on the tree and raises its hind legs as high as possible to guide the ovipositor straight into the wood. When in proper alignment for probing, the ovipositor is positioned more or less between the forelegs. The megarhyssa is able to retract some of its ovipositor in a loop within an expandable sac at the end of its tail. In this pose, the wasp inserts its long, thin ovipositor into the dead wood. It is common for the wasp to penetrate more than 2 inches of wood to reach the horntail larvae.

A great deal of mystery surrounds the method used by the megarhyssa to penetrate wood with its ovipositor. Many scientists believe ichneumon wasps force their long ovipositors into a tree by following cracks and crevices in the wood.

A group of researchers have found some evidence that the tips of the ovipositors may be hardened with ionized manganese or zinc, like metal drill bits. Their studies are not yet complete, but their work suggests that the wasps could be using metal "tools" to drill into wood.

When the ichneumon female determines it has found its target, it begins laying eggs. The egg is forced through the inside of the small ovipositor and into the host larva. Experts believe the egg-laying process in the megarhyssa species takes from seven minutes to 5 1/2 hours depending upon the depth it must drill to locate the host larvae.

The ichneumon wasp develops from the larval stage to the adult stage inside the horntail tunnel. This development is called pupation. The larvae feed on the blood and soft tissue of the horntail wasp larvae. When the ichneumon wasp matures in early spring, it chews through the wood fiber to emerge outside.

Ichneumon wasps are truly a study in contradictions. They look frightening, but they are harmless to people. They are highly numerous, but seldom seen. They are great allies against insect pests, yet few people know about them. Females penetrate wood with tiny ovipositors, but scientists don't fully understand how. And while they are common in the world of insects, they are certainly "uncommon" to those of us who have observed their amazing behavior first hand.

Studying them has been a fascinating pleasure. I once found a broken ovipositor projecting from a log. Using a chisel, I followed the ovipositor 2 1/4 inches straight into the log. The ovipositor did not seem to follow a crack in the wood, but looked like it had been inserted directly into the tree. The ovipositor ended in a tunnel that appeared to be a larval tunnel of a horntail fly. I found dried insect parts inside the tunnel.

The following spring, the trunk of the dead tree where I observed the Ichneumon females laying eggs was riddled with holes where the mature ichneumons presumably exited to begin their life cycle anew.