The thirteen-lined ground squirrel is a small, slender ground squirrel with 13 alternating light and dark stripes running along the back and sides from head to rump. The light stripes are yellowish to white, and the dark ones are blackish to reddish brown, broken by a series of light spots. It has large eyes and small ears set low on the head, and a slightly bushy tail about half as long as the body.

Similar species: The eastern chipmunk has 5 dark stripes, with a light or buffy band between the 2 dark stripes on each side. Franklin's ground squirrel is larger and not as slender as the thirteen-lined ground squirrel; it is brownish gray speckled with black, looking a little like an eastern gray squirrel with a less bushy tail and smaller ears; it once occurred in most of northern Missouri but is declining and is rarely seen. 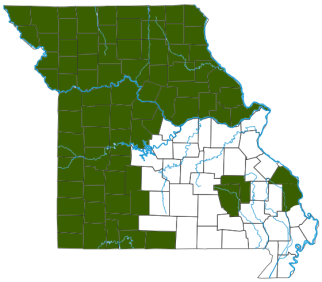 Formerly occurred in grassland habitats throughout much of northern and western Missouri, but now occurs only in localized populations mostly in northwest Missouri.

The thirteen-lined ground squirrel prefers to live in open areas where the grass is short. Its home is a burrow in the ground with several outside entrances. The main entrance is open during the day, but the squirrel plugs the opening at night with sod or grass.

They forage for both plant and animal foods, including grains and garden vegetables as well as cicadas, crickets, and grasshoppers. In autumn, they eat until their body weight doubles with stored fat.

In Missouri, the thirteen-lined ground squirrel is a Species of Conservation Concern, listed as imperiled within our borders. Range and population numbers are declining. It once occurred in several counties in the plains of northern and western Missouri and in some small tongues of prairie that project into the western border of the Ozarks. Today, it still occurs in localized populations mostly in northwest Missouri.

One of the few truly hibernating mammals, the thirteen-lined ground squirrel appears above ground only 3–4 months out of the year. During hibernation in an underground chamber, the body temperature drops to just above freezing and the heart rate slows to five beats a minute. Adult thirteen-lined ground squirrels mate shortly after they emerge from their long hibernation in the spring. The gestation period is about 28 days, and young (4–14 per litter) are born about the middle of May. The young come out of the nest at about 5 to 6 weeks of age, and after a week or two lead independent lives in the vicinity of their home burrow. Both sexes mature the year following their birth.

When abundant, they may damage crops by digging up sprouting corn or eating the choicest heads of ripe oats, but their feeding on insects and mice generally offsets this detrimental habit. They may also be undesirable on golf courses. If you are experiencing problems with these squirrels, contact a wildlife professional for advice, assistance, regulations, or special conditions for handling them.

They serve as food for many predators (including mammals, birds and reptiles), and their digging aerates the soil, conditions it for plant growth, and may attract earthworms, insects, and other soil-building organisms. They also help distribute seeds. The sum total of the activities of many individuals of this species makes them important members of a living community. 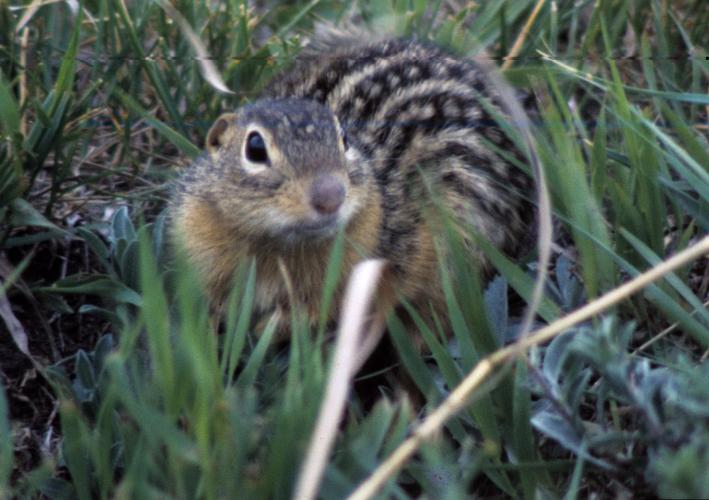 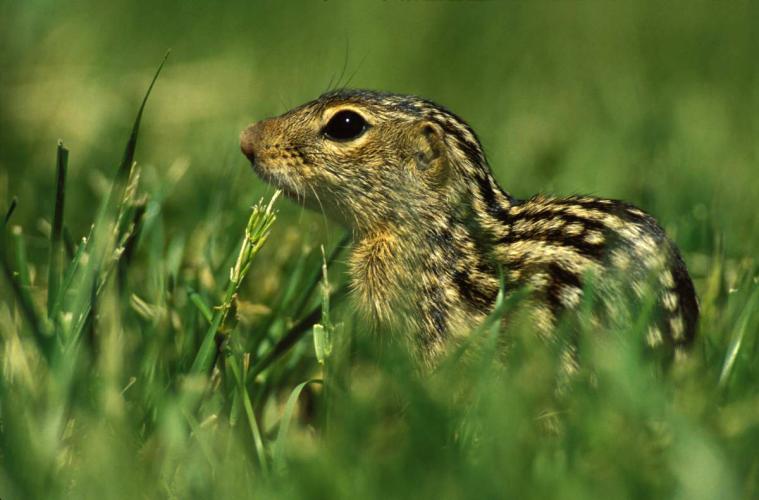 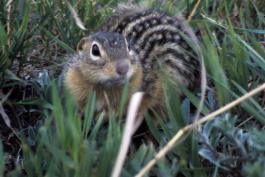 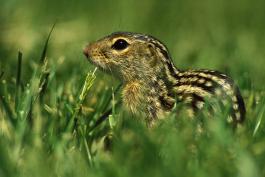 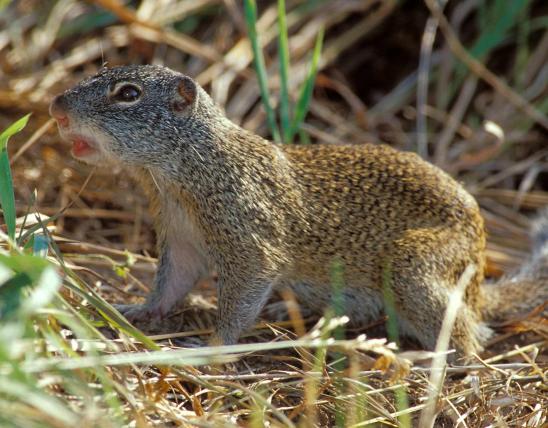 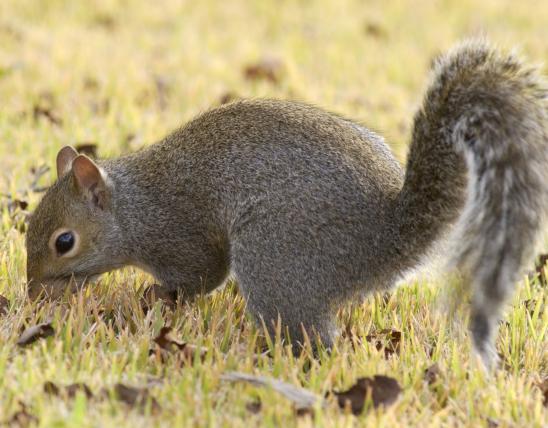 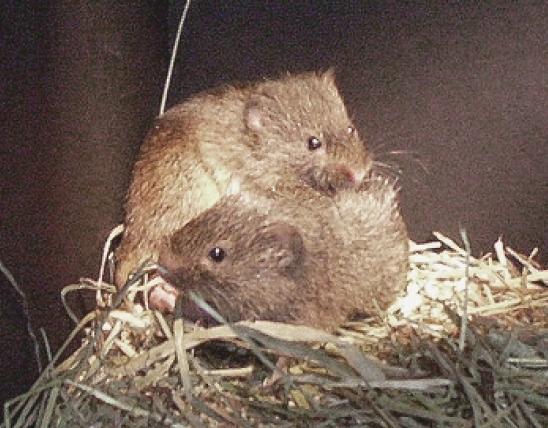 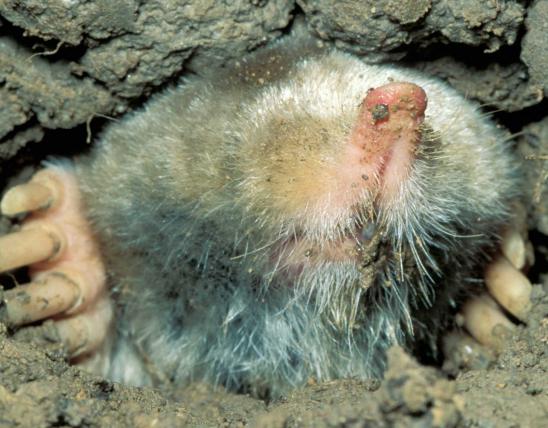 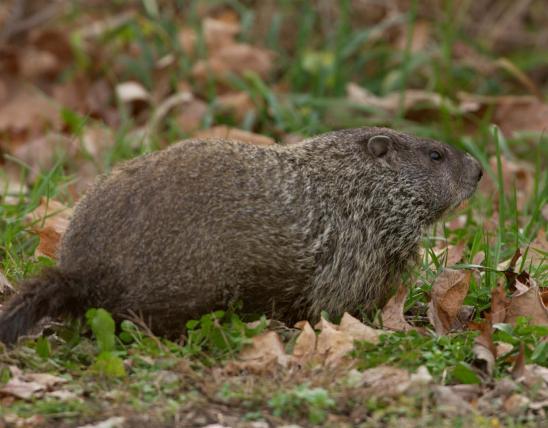 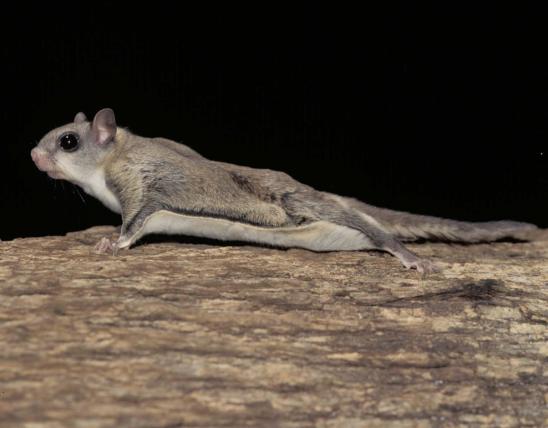 Southern Flying Squirrel
About Mammals in Missouri
More than 70 species of wild mammals live in Missouri: opossums; shrews and moles; bats; rabbits; woodchuck, squirrels, beaver, mice, voles, and other rodents; coyote, foxes, bear, raccoon, weasels, otter, mink, skunks, bobcat, and other carnivores; deer and elk; and more. Most of us recognize mammals easily — they have fur, are warm-blooded, nurse their young, and breathe air.