The tawny-edged skipper is a grass skipper that is often confused with the similar-looking crossline skipper. The undersides of the wings are orange with few (if any) markings, although some individuals may have a faint band on the hindwing running just beyond the midpoint (a postmedian band). The leading edge of the forewing is orange both above and below, contrasting with the drab underside hindwing color.

Above, the male has a distinct, wide stigma (a blackish scent patch about in the middle of the forewing) and next to it an orange rectangle. The stigma does not touch, or just barely touches, the nearby brown areas.

On females, the dorsal (upperside) forewing is mostly dark with orange on the leading edge and a few white-orange spots. While the dorsal forewing of females is somewhat similar to several other skippers, the dorsal hindwing is normally dark.

Larvae are yellowish green to dark brown; the large head is black with pale stripes.

Similar species: The crossline skipper (P. origenes) is very similar, but it is not commonly found in people’s yards, while the tawny-edged skipper is very common in yards and parks. The crossline prefers generally drier habitats, is slightly larger, has a more brassy shading and is less orange-hued; it also has rather distinct spots on the hindwing underside. The markings on these skippers are variable, and individuals with worn wings may be impossible to identify with certainty.

A wide-ranging spaces found in a variety of open areas with grasses and flowers providing nectar, including fields, roadsides, prairies, gardens, yards, and city parks. The tawny-edged skipper is frequently found in damper habitats than the very similar crossline skipper.

The larval host plants include various members of the grass family, including lawn grasses and native tallgrass prairie grasses. Adults take nectar from many flower species and are also attracted to mud puddles.

Three broods of tawny-edged skippers fly from May to late October. Males perch to locate females, which lay eggs singly on nectar sources growing among grasses eaten by caterpillars. The caterpillars live in leaf nests. This species overwinters in the pupal stage.

The genus name, Polites, has origins in Greek mythology. Polites (pron. puh-LYE-teez) was a fleet-footed Trojan prince who was one of the people who accepted the famous Trojan Horse, constructed by Greek warriors. Letting the Trojan Horse (and the Greek soldiers hiding inside it) into their gates led to the fall of Troy. Polites is also the name of an asteroid discovered in 1989.

Skippers flit around quickly, but many predators eat them. Indeed, the flower clusters of many grassland plants where skippers gather nectar often harbor crab spiders, ambush bugs, robber flies, praying mantises, and other predators. They wait patiently for skippers to wander too close. 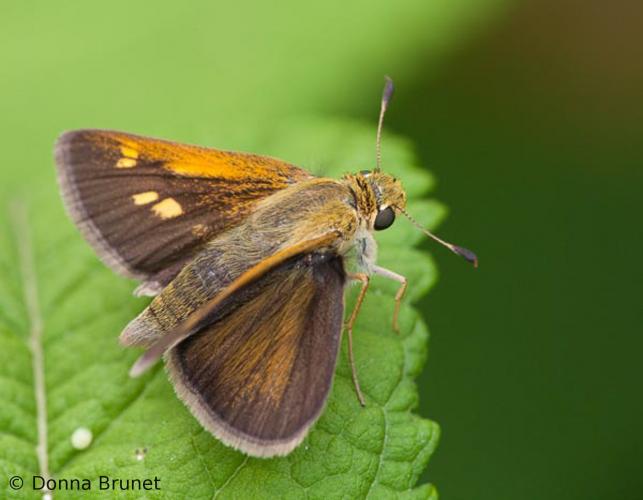 Caption
Wide-ranging and common, the tawny-edged skipper can be seen May through October in a variety of grassy, open habitats.
Credit
Donna Brunet
Right to Use
1/3
Image 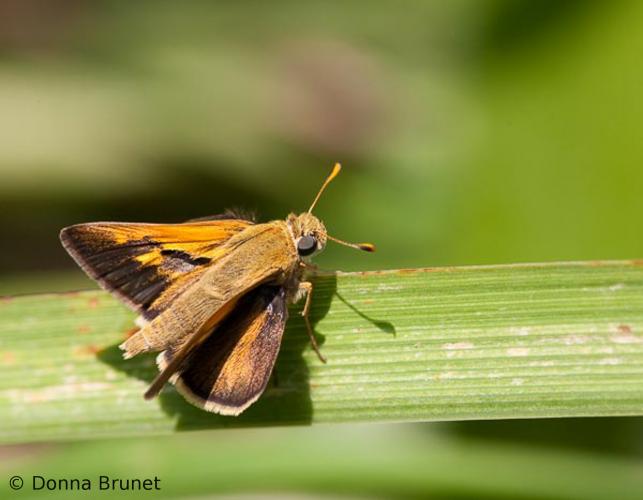 Caption
Male tawny-edged skippers, like most other male skippers, perch and patrol their territories.
Credit
Donna Brunet
Right to Use
2/3
Image 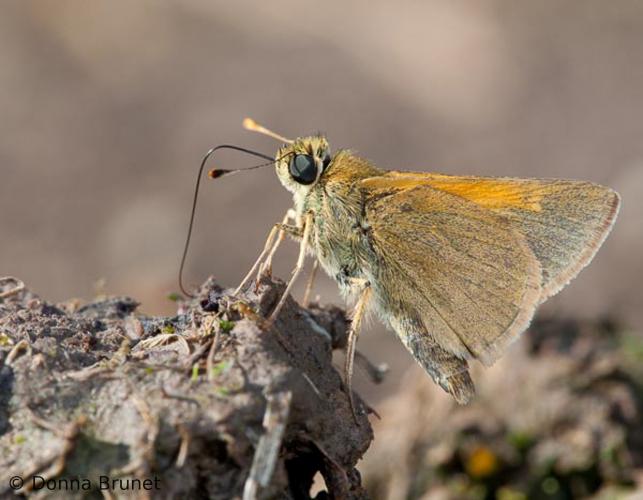 Caption
The tawny-edged skipper is a grass skipper that is often confused with the similar-looking crossline skipper.
Credit
Donna Brunet
Right to Use
3/3
Image 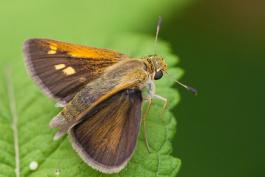 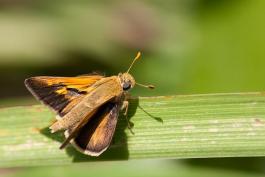 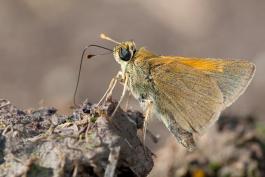 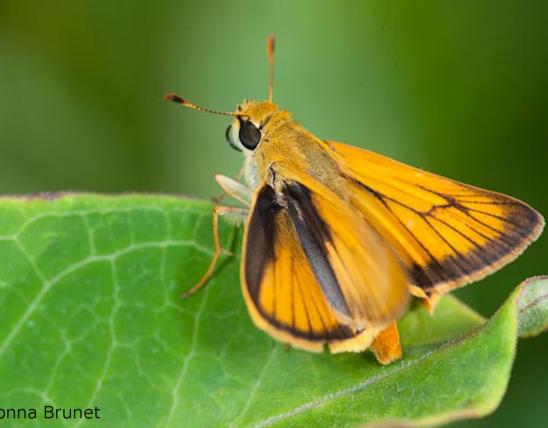 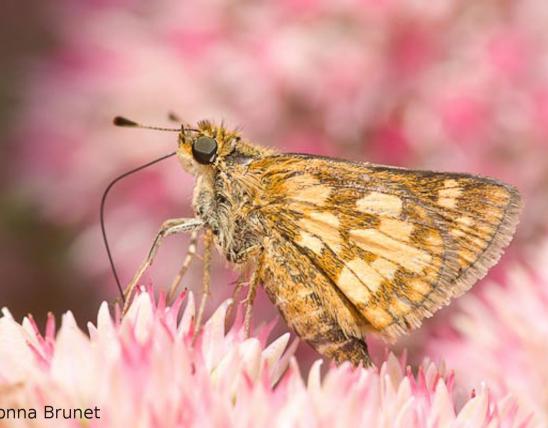 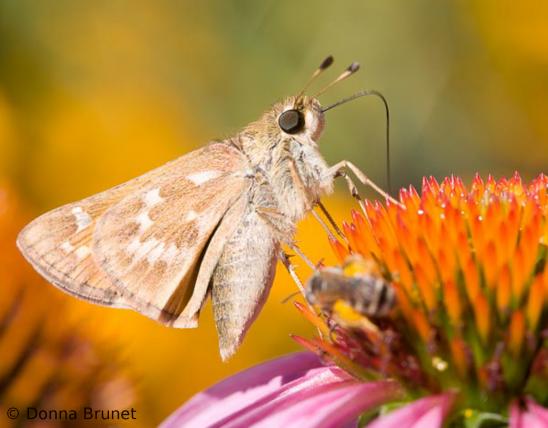 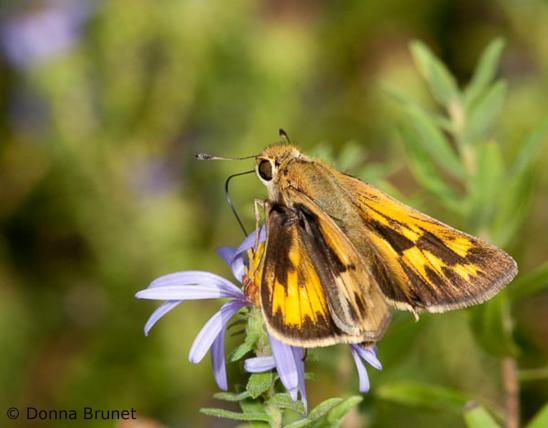 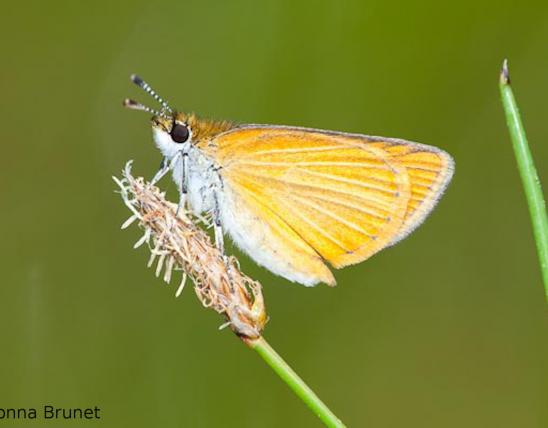 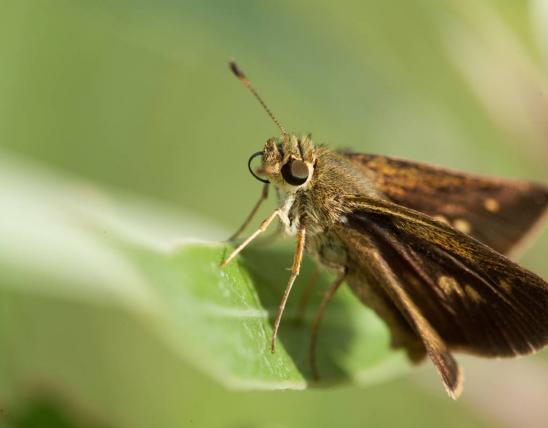 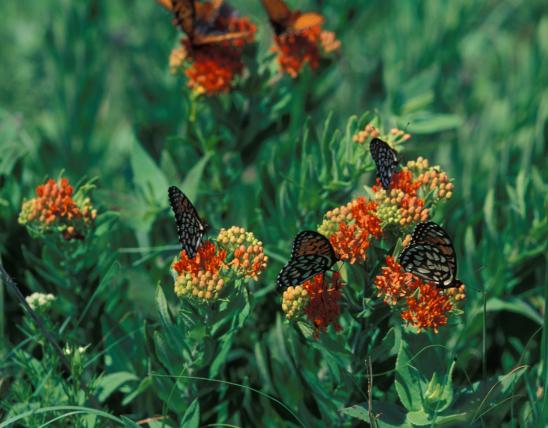