Butterflies and moths are insects, but many of us think of them as something “more.” Perhaps it’s their beauty or the fact that they don’t bite or sting that makes people like them so much!

Butterflies and moths belong to an insect order called the Lepidoptera—the name means “scale-winged.” It refers to the tiny, overlapping scales that cover their wings like shingles. These scales seem like dust if they rub off on your fingers. The scales are often colorful but can also be muted browns and grays.

It is convenient to think of the insects in this order in three easy-to-recognize categories: butterflies, skippers, and moths. Is user submitted
Caption
Monarchs are well-known butterflies distinguished by their relatively large size, rusty or orange wings with black veins, and black bodies. The larvae usually are found on milkweeds.
Credit
Noppadol Paothong
Right to Use
Title
Butterflies, skippers, and moths
Body

Butterflies usually fly during the day. Their antennae tips are clublike, usually with swollen tips. They pupate as a chrysalis, usually attached to a plant or other object. They are rarely considered destructive. (Skippers are technically in the butterfly superfamily, but they are quite distinct.)

Skippers, like other butterflies, usually fly during the day. Their antennae are like those of other butterflies, but the tip is turned back like a hook. They typically have thickish, mothlike bodies, and many have drab colors. The larvae often hide in folded-over leaves by day. Skippers are technically a subdivision (family) of the butterflies.

Moths usually fly at night and are often attracted to lights. Their antennae are feathery or threadlike (usually not clublike), and they generally have plump, furry bodies. Many are drab, but several species have bright colors, eyespots, and so on. They typically rest with wings folded flat or with wings folded like a gable over their backs. The larvae commonly spin cocoons or pupate in leaf litter or underground. The larvae of several species are considered pests. Caption
Photo of a Luna moth.
Right to Use
1/4
Image 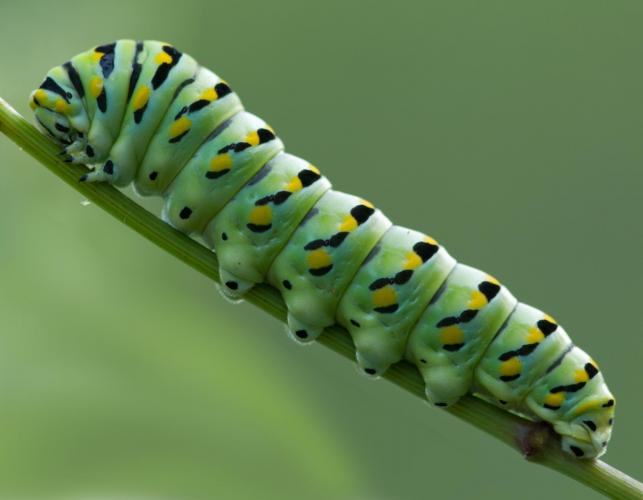 Caption
Mature black swallowtail caterpillars are green with orange-spotted black bands. When disturbed, they rear back and evert a stinky, orange, forked gland that deters predators.
Credit
Noppadol Paothong
Right to Use
2/4
Image 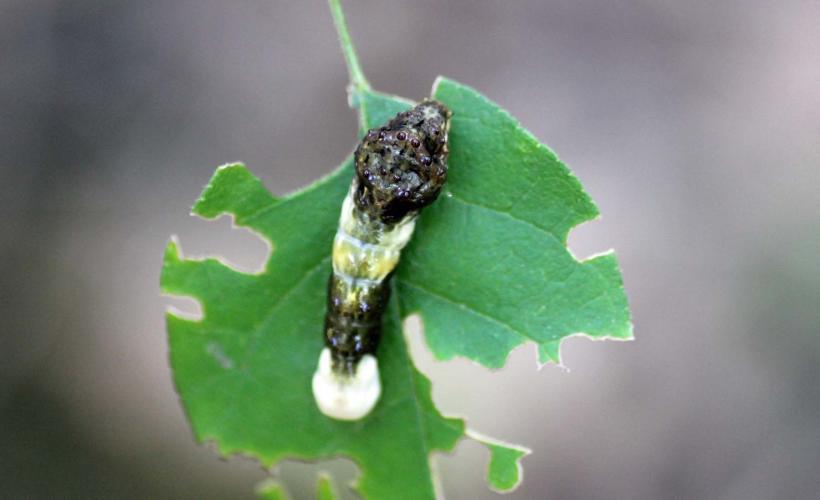 Caption
The larvae of giant swallowtails (and many other butterflies and moths) resemble bird droppings—an adaption to deter predation.
Credit
Shelly Cox
Right to Use
3/4
Image 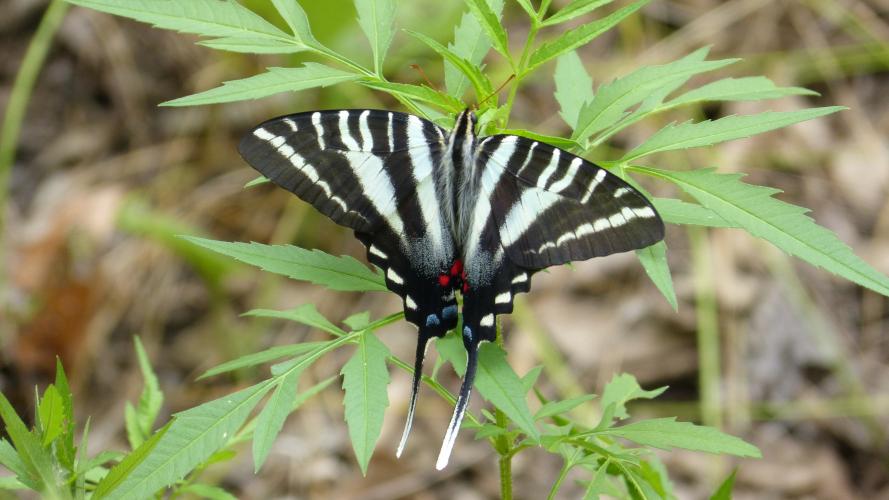