The paintedhand mudbug is a broad, powerfully built crayfish. The general coloration is tan to olive green; the abdominal segments and tail fan are trimmed with red. The pincers have red spots and red tips.

Similar species: The devil crayfish and painted devil crayfish are other burrowing species that occur in the Mississippi lowlands of southeast Missouri. The devil crayfish is usually uniform olive or tan, lacking obvious blotches or spots except for orange or red on pincer tips or edges of body parts; it is widely distributed in our state. The painted devil crayfish is quite colorful: it is olive green to deep blue, with bright red to burgundy outlining the rostrum and cervical groove; its abdomen has 3 evenly spaced cream to red stripes along its length. Specialists separate the paintedhand mudbug from its close relatives by noting its deflected (bent downward) rostrum (especially viewed from the side) and the lack of spines overhanging the telson (middle lobe of the tail fan).

In Missouri, this species is known from only a few locations along the eastern border of the Bootheel. It also occurs in Alabama, Illinois, Indiana, Kentucky, Tennessee, and Virginia; we are in the extreme western part of its overall range.

The painted devil crayfish is a burrowing lowland species. It spends nearly its entire life within a burrow that extends down to the water table — which is relatively close to the surface in lowland areas. An earthen chimney is a telltale sign that you have found the opening to a crayfish burrow.

The paintedhand mudbug is an active predator, waiting at its burrow entrance and pouncing on insects and other small animals as they pass by. When a possible predator draws near, the mudbug retreats quickly into the safety of its burrow.

In Missouri, a species of conservation concern. Its rarity and limited range in Missouri makes it vulnerable to extirpation from our state. It was recognized as its own species in 2005. That year, scientists published a paper splitting it from Cambarus thomai, which is found only in states well east of Missouri and is less colorful — hence the names for the new species “paintedhand” and “polychromatus” (many-colored).

Mating occurs in fall, and eggs are laid in spring. The young hatch in late spring or early summer, and all spend the summer eating and growing. Crayfish, like other arthropods, periodically shed their exoskeletons as they grow.

The natural world is endlessly fascinating. Both scientists and amateur naturalists appreciate the many different forms, shapes, and colors of the plants and animals all around us. People play an important role in destroying, changing, restoring, or preserving the habitats of crayfish and other species. Overharvesting and introducing nonnative species can also jeopardize the survival of native animals. Personal decisions and public policy are both important for protecting our natural world.

Vacant burrows of this and many other burrowing crayfish may become homes for insects, amphibians, reptiles, and small mammals. Crayfish eat both living and dead plants and animals. Because they can take food from so many sources, then pass it up the food chain, biologists consider crayfish “keystone species.” As in architecture, the keystone at the top of an arch keeps it stable and secure; in a natural community, keystone species help all the members stay connected and supported. 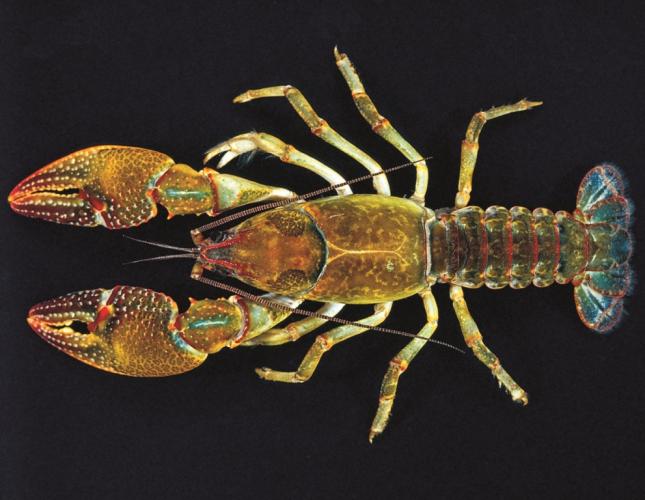 Caption
In Missouri, the paintedhand mudbug is known only from a few places along the western border of the Bootheel. We are in the extreme western part of this crayfish's overall range.
Credit
Chris Taylor
Right to Use
1/1
Image 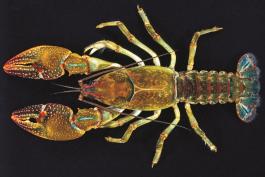 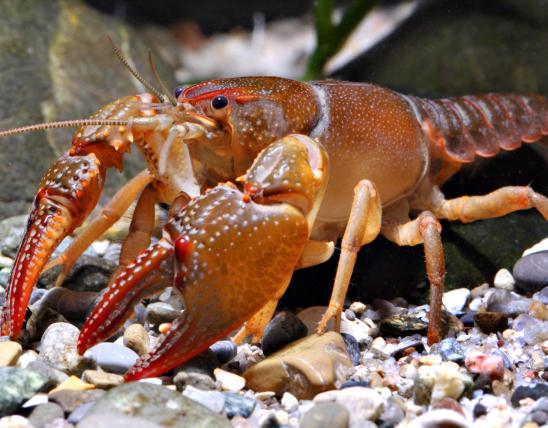 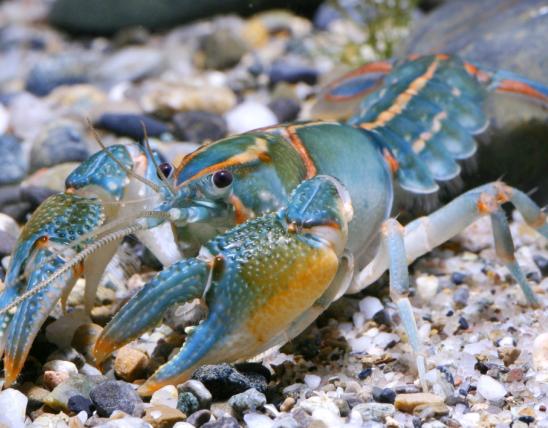 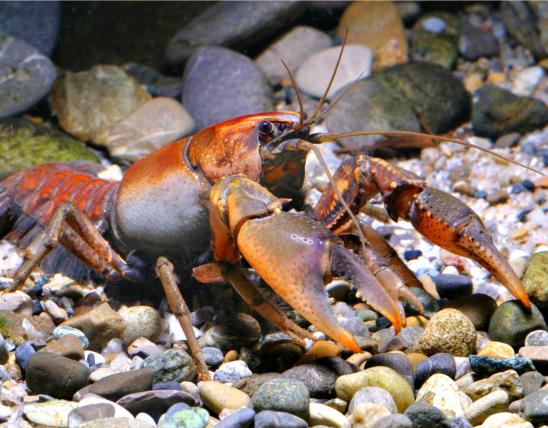 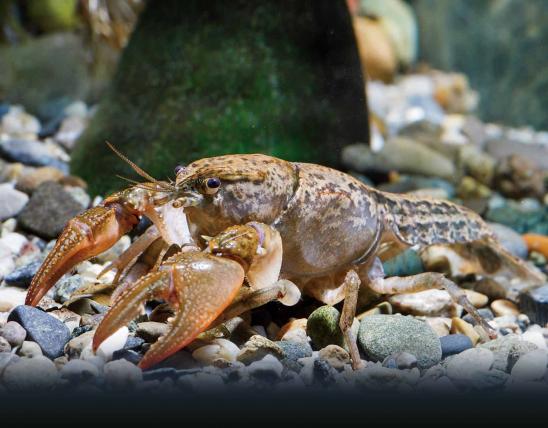 Digger Crayfish
About Aquatic Invertebrates in Missouri
Missouri's streams, lakes, and other aquatic habitats hold thousands of kinds of invertebrates — worms, freshwater mussels, snails, crayfish, insects, and other animals without backbones. These creatures are vital links in the aquatic food chain, and their presence and numbers tell us a lot about water quality.