Adult male osprey are large, dark brown above, and white below; the head is white with a black streak through each eye. Eyes are vivid yellow. Females usually have dark streaks on the breast whereas the males are usually clear white. Immatures are like adults except that their upper parts are flecked with white.

In flight, viewed from below, osprey are mainly white, with dark speckles on the breast, barring on the wings and tail, and a dark patch visible at the bend of each wing; the wings are characteristically angled, resembling an M. Viewed from head on, the wings are arched (something like a gull's), the bend of the wing held higher than the wing tips. Wings are long in proportion to the body size, and wing beats are typically slow and deep. Voice includes descending chirps and rising squeals, and a loud, clear whistle, often in a series and sometimes in response to other osprey. 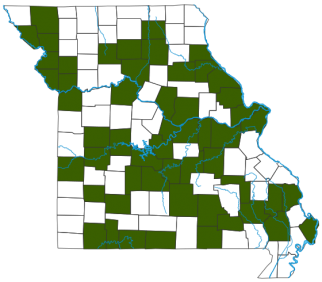 Uncommon statewide, most are spring and fall migrants; a few nest here. Reintroduction efforts focus on reservoirs such as Truman Lake. Birds still here in late May are probably nesting. Osprey used to nest in Bootheel swamplands and along the Gasconade, Osage, Missouri, and Mississippi rivers.

Usually seen near lakes and rivers, foraging for fish near the surface of the water by frequently hovering and plunging feetfirst to catch fish near the surface. Osprey are one of few bird species that are nearly worldwide in distribution. In North America, most breed along both the East and West coasts and inland through the Great Lake states, the northern Rockies, across Canada and throughout much of Alaska.

Osprey eat almost exclusively fish that they have caught, including carp, catfish, perch, shad and suckers. On rare occasions they have been seen catching snakes, frogs and shorebirds. Also called “fish hawks” or “fish eagles,” osprey usually fly back and forth over—and 50 to 200 feet above—the water while searching for fish. When an osprey spies a fish, it hovers a moment before diving and plunging into the water feetfirst. Often it will completely submerge except for the wings.

Uncommon migrant; rare in summer and winter; occasional breeder. A Species of Conservation Concern. In Missouri, osprey apparently were never plentiful and had stopped breeding here well before the DDT era. Yet pesticides and other chemical toxins also took a toll. Osprey habitat (today, reservoirs) might now be more prevalent in Missouri than it was in the past, and reintroduction efforts are paying off. As of 2014, 10-20 nesting pairs have been documented in recent summers.

Osprey reach maturity at age 3 or 4 and usually nest near water on some tall structure, such as a tree or rocky bluff. Like bald eagles, they generally mate for life. Nests are built of sticks and miscellaneous other materials, and 2-4 eggs are produced. These hatch in about 5 weeks, and the chicks fledge after about 9 weeks. Both parents care for the young. Osprey live about 7-10 years but have been known to live for 25.

Many raptors declined sharply in the 1950s and 1960s due to toxic insecticides. But until the passage of a 1972 law protecting them, raptors were routinely shot by humans who deemed them threats to fish, livestock and so on. Yet raptors had coexisted with their prey for millennia.

Osprey are predators of fish, filling a natural role in limiting their populations. Not many animals prey on a top predator such as osprey, but certain owls and large eagles may take young individuals and nestlings. Bald eagles have been known to snatch food away from osprey. 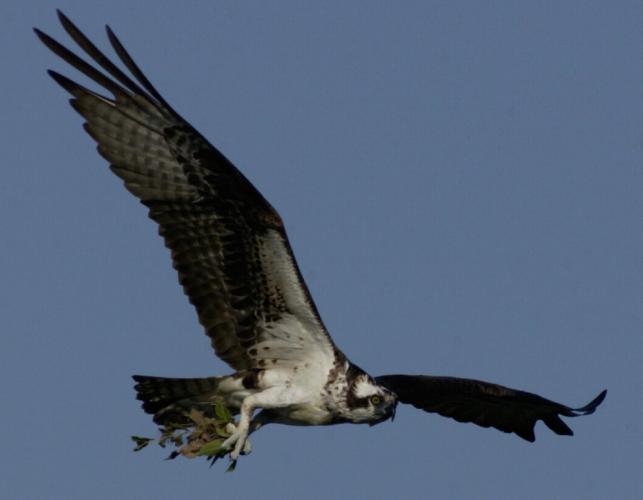 Credit
Anonymous
Right to Use
1/3
Image 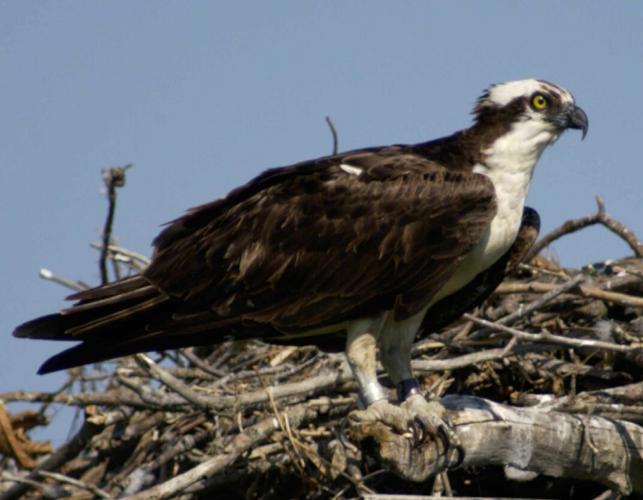 Right to Use
2/3
Video file
Caption
Video of an osprey.
Credit
Missouri Outdoors
Right to Use
3/3
Image 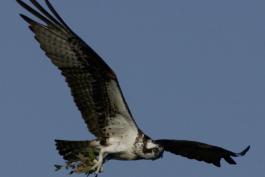 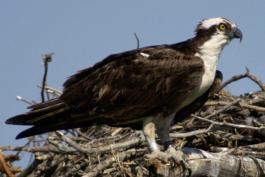 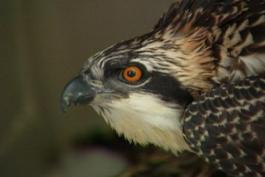 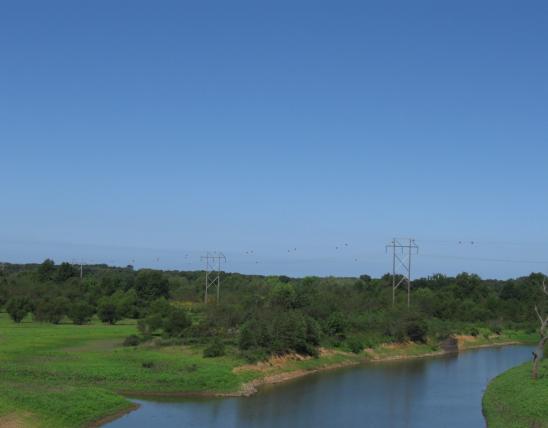 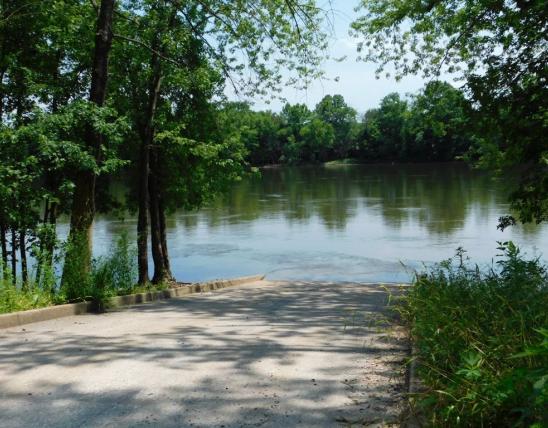 Kings Bluff Access
About Birds in Missouri
About 350 species of birds are likely to be seen in Missouri, though nearly 400 have been recorded within our borders. Most people know a bird when they see one — it has feathers, wings, and a bill. Birds are warm-blooded, and most species can fly. Many migrate hundreds or thousands of miles. Birds lay hard-shelled eggs (often in a nest), and the parents care for the young. Many communicate with songs and calls.
Related Content
Bats