Adult upperparts of Lincoln's sparrow are streaked with brown, gray, tan, and black, with a rich, medium-gray head having a brown crown and a light gray central crown stripe. The eye line is thin and dark brown, the eye ring is buffy, and there is a buffy streak on the lower edge of the cheek. No wing bars. Underparts: chest and flanks are buffy, with fine black or deep brown streaks; the belly is white. When disturbed, sometimes raises crown feathers into a small, streaked, gray and brown crest. Song is a loud series of trills and buzzy notes, similar to that of a house wren. Call is a chup and a zzeee.

Similar species: Song sparrows usually have a dark spot in the center of the breast; the chest is white (not buffy) and the chest streaks are thicker (not as delicate as on Lincoln's); also, they lack the buffy stripe along the lower edge of the cheek. Juvenile Lincoln's and swamp sparrows can be difficult to distinguish; remember that young Lincoln's sparrows have a light-and-dark-streaked, not solid-looking brown or black cap. 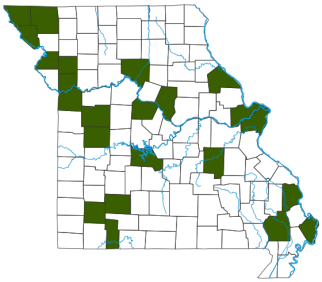 In spring and fall, look for Lincoln's sparrow in brushy edges of prairies and weedy fields, foraging on the ground. It's rarer in winter, though you might see it in west-central Missouri and the Mississippi River basin. Lincoln's sparrow is famous for being shy, solitary, and secretive. It usually stays under the cover of shrubs, although it may sometimes be seen in the open where bird seed is spread on the ground. They usually don't flock.

Forages on the ground for insects and seeds. It sometimes eats birdseed from the ground. Like many birds, the percentage of insects and spiders in their diet rises during breeding season, when extra protein is needed for growing young. In winter, they shift to eating more seeds.

As summer resident, common in the north, uncommon in the southeast, rare elsewhere; as winter resident, common statewide. In 1834, John James Audubon was the first to describe this species to science. He named it to honor his traveling companion Thomas Lincoln, who managed to collect a specimen of this elusive bird near the mouth of the Natashquan River, off the Gulf of St. Lawrence. At the time, Audubon dubbed it "Lincoln's pinewood finch"; back then, sparrows, buntings, grosbeaks, cardinals, and finches were all considered members of a single, enormous, finch family.

In Missouri, Lincoln's sparrows are mainly present from late March through mid-May (peaking in April), and from mid-September through the end of December (peaking in October). We are at the far northeastern limit of their wintering range. They breed in Canada and along our western mountain ranges. They nest at the bases of shrubs and small trees in brushy, wet areas. Lincoln's sparrows can live to be at least 7 years old.

Birders, frustrated in their attempts to make positive identifications of sparrows, finches, and other small, uncolorful songbirds, developed the terms LBJ, LBB, and LGB: Little Brown Job, Little Brown Bird, and Little Gray Bird. But honestly, if it were always easy, would it be nearly as much fun?

Camouflage is important for birds that nest on or near the ground, since there are a great many predators looking for meals. Camouflage is also helpful for predators that need to sneak up on prey. 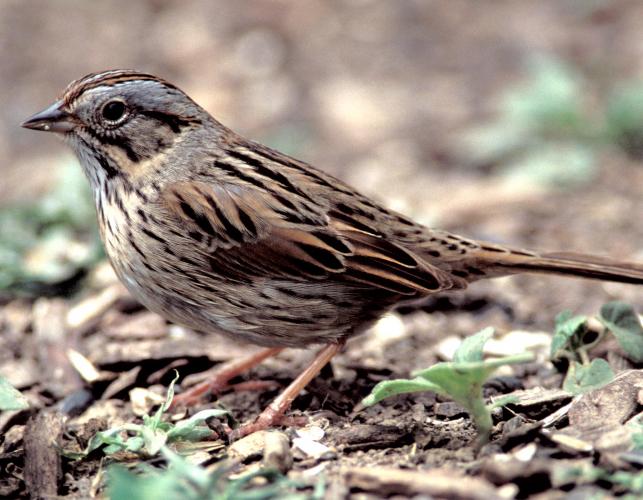 Credit
MDC Staff
Right to Use
1/3
Audio file
Caption
Audio of Lincoln's sparrow in the wild.
Right to Use
2/3
Image 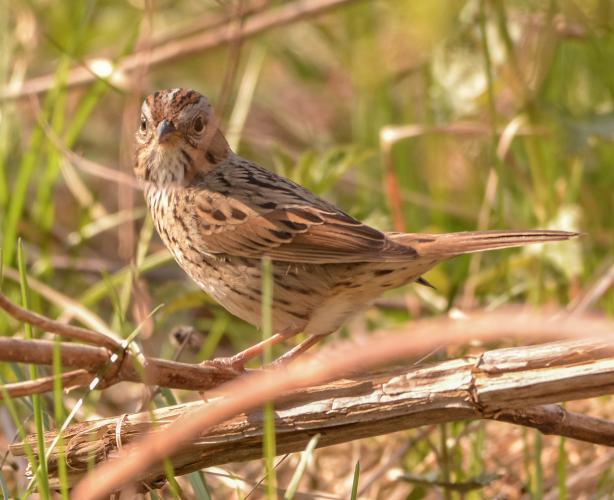 Credit
Submitted by Jim Gorski
Right to Use
3/3
Image 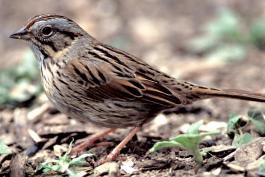 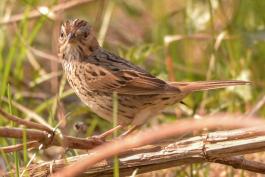 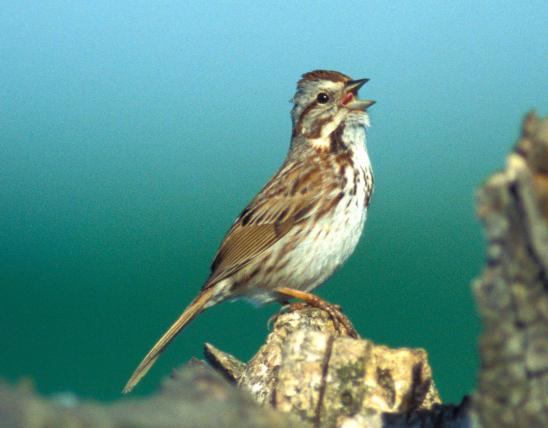 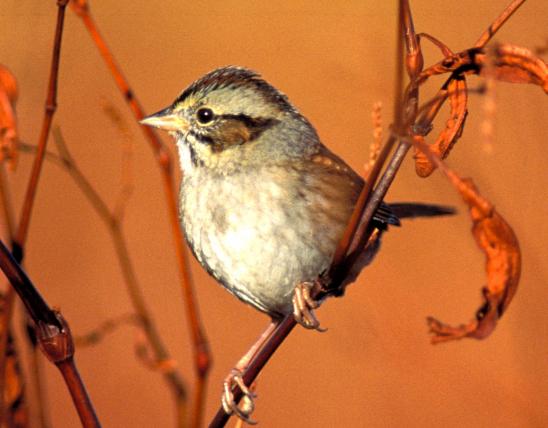 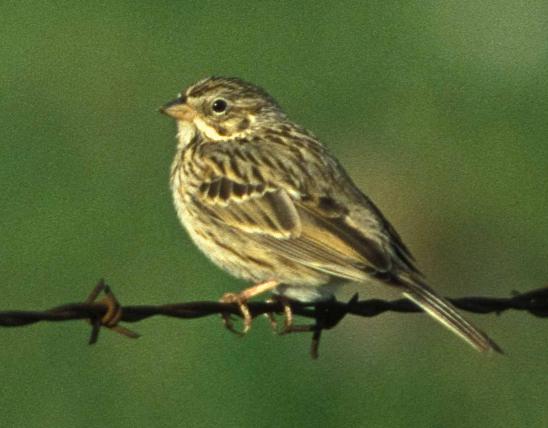 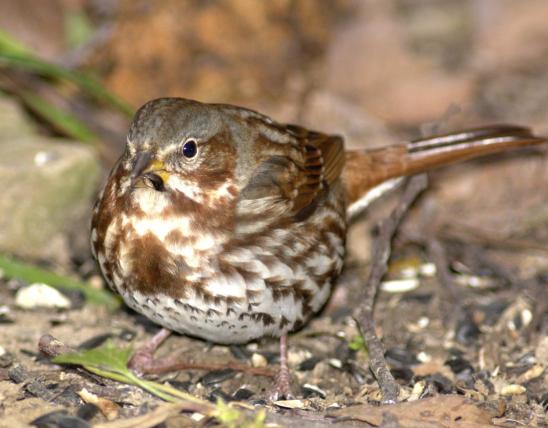 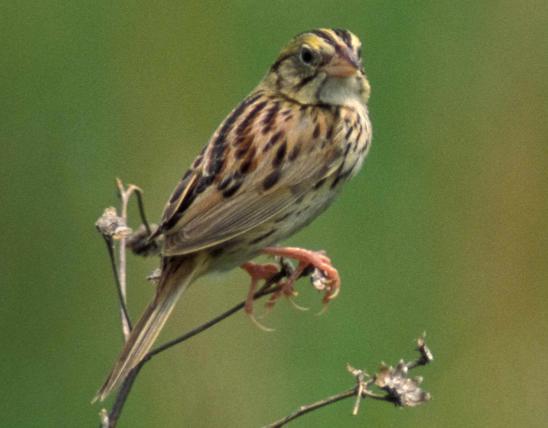 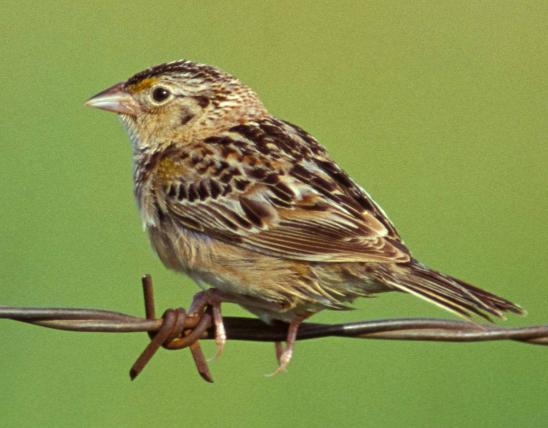 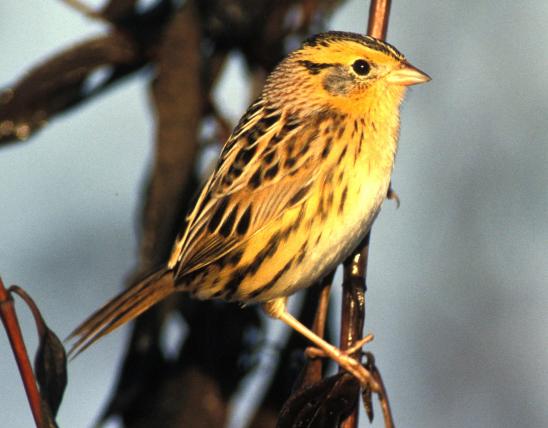 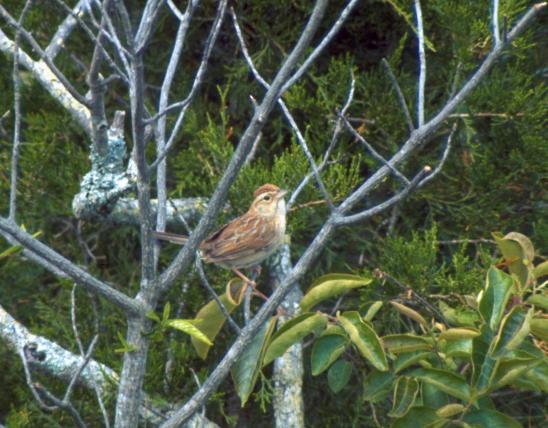 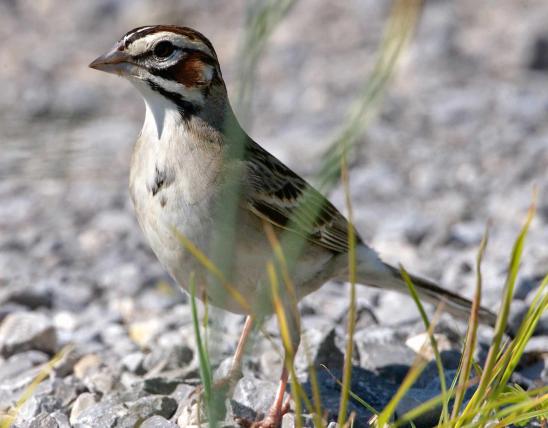 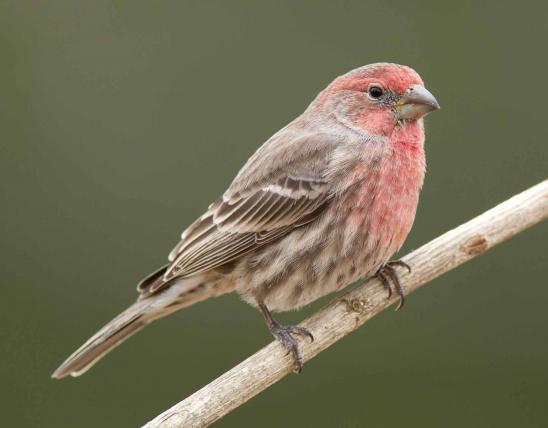 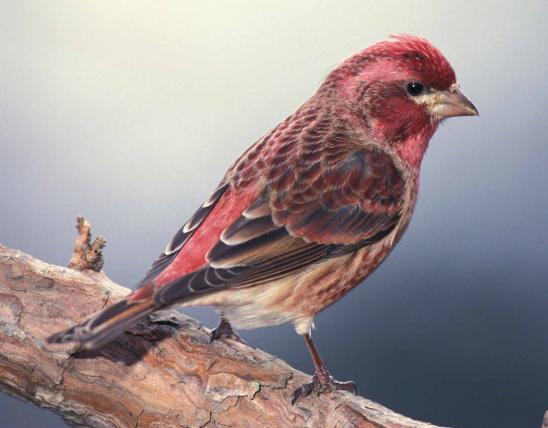 Purple Finch
About Birds in Missouri
About 350 species of birds are likely to be seen in Missouri, though nearly 400 have been recorded within our borders. Most people know a bird when they see one — it has feathers, wings, and a bill. Birds are warm-blooded, and most species can fly. Many migrate hundreds or thousands of miles. Birds lay hard-shelled eggs (often in a nest), and the parents care for the young. Many communicate with songs and calls.
Related Content
Bats