About 10 species of baskettail dragonflies occur in eastern North America. They are members of genus Epitheca, which is one of the genera in a family of dragonflies called the emeralds. What makes baskettails most distinctive is the specially adapted, upturned abdomen tip of the females: it allows them to carry around their egg masses in a little, orangish glob.

In the evenings, female baskettails deposit their egg masses in the shallow water of ponds, amid aquatic vegetation. The masses expand into rope-like strands that can be a few feet long.

Baskettails are dark brown or blackish, and the abdomen often with yellow or orange dashes along the side. The abdomen is constricted at the base, especially in males.

The various species of baskettails are difficult to distinguish from each other. You pretty much need to have them in your hand in order to determine species, which is based on details of the abdomen tip and specific blackish markings on the wings.

Similar species: At a glance, female baskettails carrying egg masses might be mistaken for clubtail dragonflies, which have inflated abdomen tips.

Learn more about this and other dragonflies on their group page. 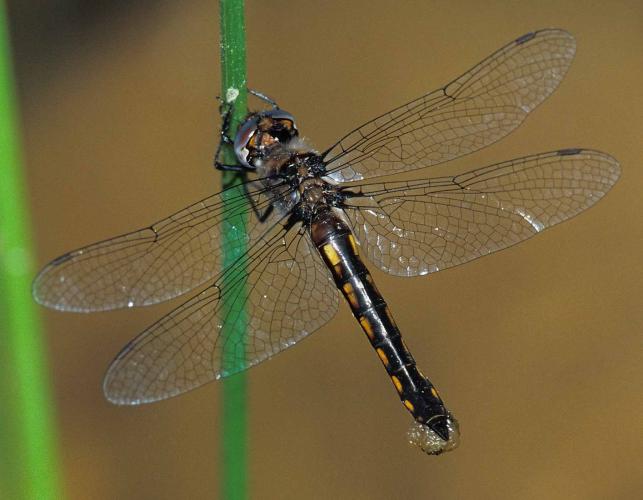 Caption
Baskettails are dragonflies in genus Epitheca. There are about 10 species in North America. Females carry egg masses at the tip of the abdomen, using an upturned structure specially adapted for the purpose.
Credit
Jim Rathert
Right to Use
1/1
Image 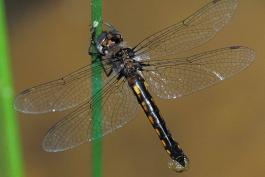 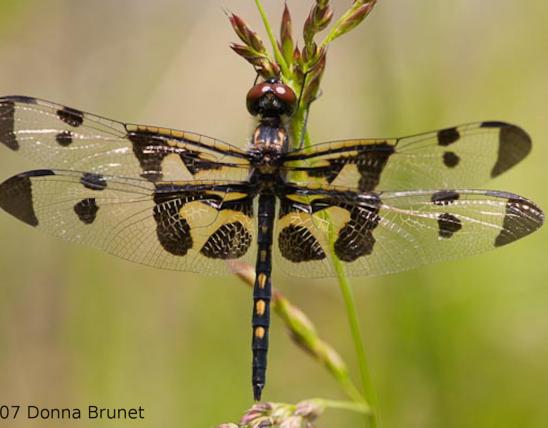 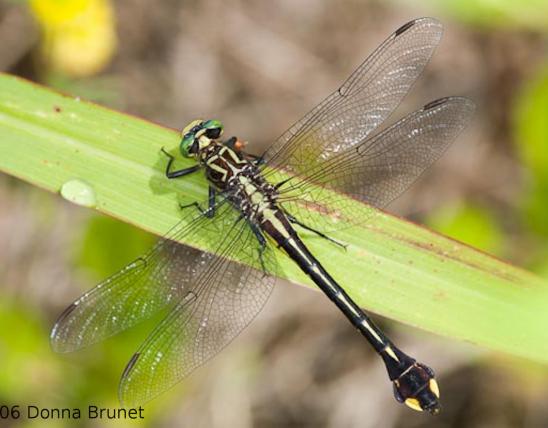 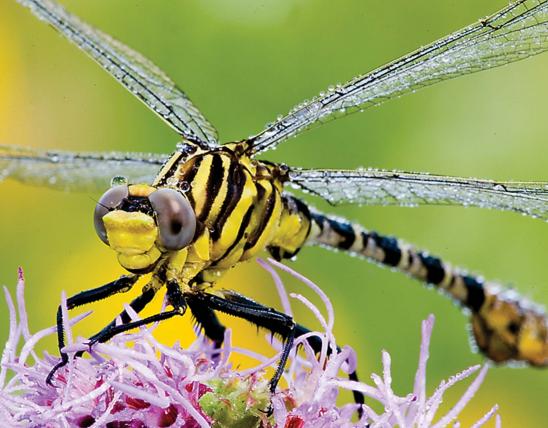 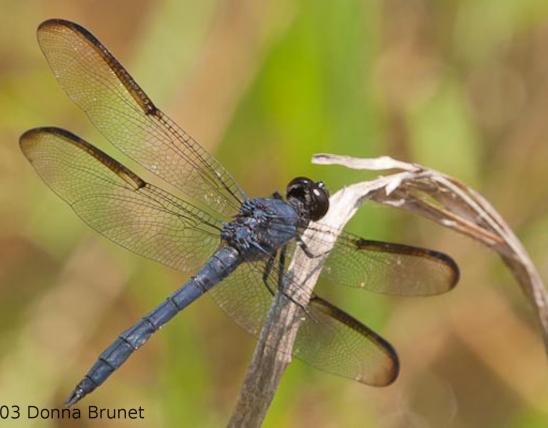 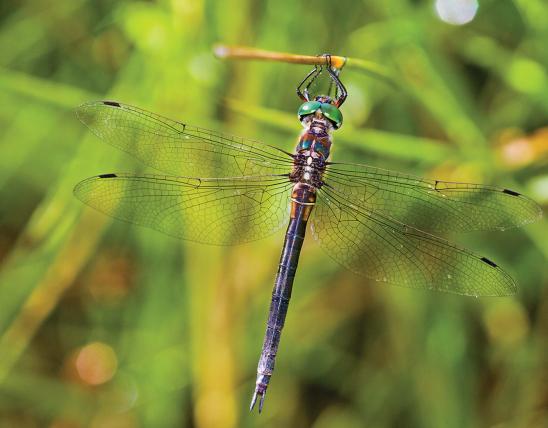 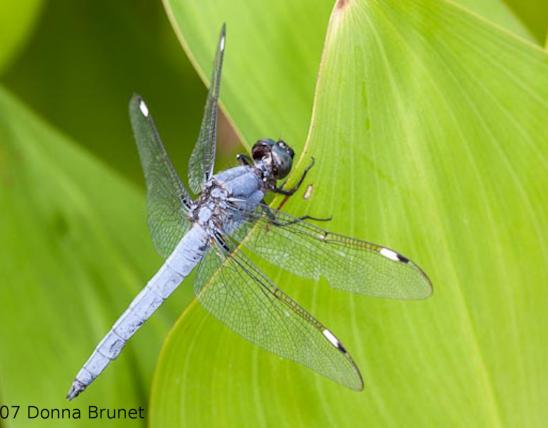 Spangled Skimmer
About Land Invertebrates in Missouri
Invertebrates are animals without backbones, including earthworms, slugs, snails, and arthropods. Arthropods—invertebrates with “jointed legs” — are a group of invertebrates that includes crayfish, shrimp, millipedes, centipedes, mites, spiders, and insects. There may be as many as 10 million species of insects alive on earth today, and they probably constitute more than 90 percent all animal species.