Groundhogs and Their Day

With their own holiday and the most watched weather forecast of the year, groundhogs have reigned through folklore as a predictor of how much winter is left in the season. On February 2nd, people watch to see if groundhogs will see their shadow. If yes because it's sunny, there will be six more weeks of winter. f no because it's cloudy, spring will come early. Unfortunately, the O-G of American predictors, Punxsutawney Phil, only has an accuracy rate of around 39 percent. Staten Island Chuck has a better average coming in around 70 percent. The Farmer's Almanac has even better odds with an accuracy rate at 80 percent.

Yet, there's more to know about this famous rodent than having a special day dedicated to its shadow.

Also known as woodchucks, groundhogs spend the cold months in an underground burrow, hibernating winter away. They are often seen waddling along in summer and early fall, gorging on plants before their winter's nap. Groundhogs are stout animals with strong legs built for digging. They are expert homebuilders that can sometimes complete a burrow in a single day.

Groundhogs are covered with a grizzly brown fur and thick grey undercoat. They're one to two feet long and can weigh 4 to 14 pounds. Although Phil has tipped the scales at 20 pounds. They're heaviest in the fall just before hibernation and awaken skinny in the spring, sometimes at half their fall weight.

Watch for their winter dens in wooded or brushy areas. Here they'll build a complex tunnel system, complete with nest, front door ,side entrances and a separate bathroom. By early November most groundhogs are already hibernating. Only after an uncommonly warm spell will groundhogs awaken and crawl out of their burrow.s In this area, groundhogs begin emerging in February. Contrary to popular belief, they come out looking for plants to eat rather than their shadows

The History of Groundhog Day

Courtesy of the History Channel. 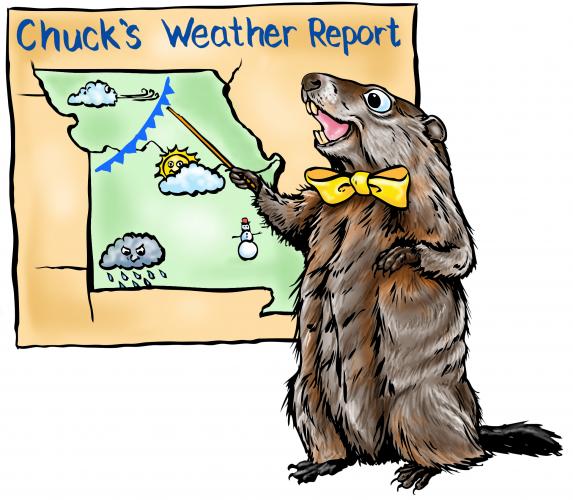 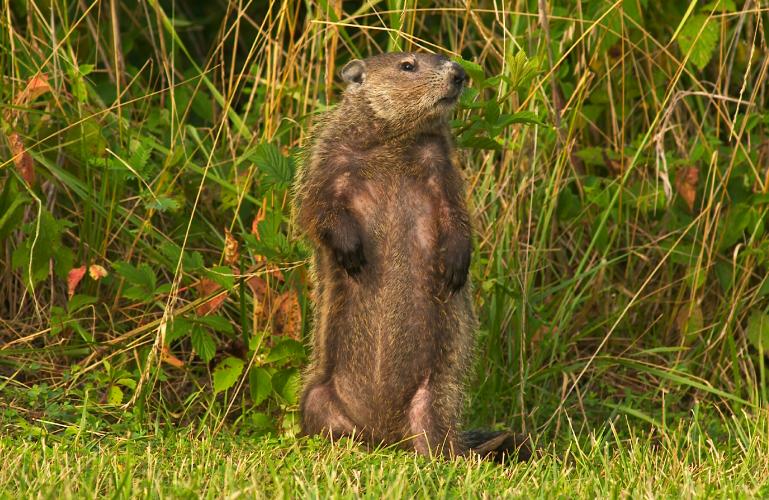 Caption
Will the groundhog see his shadow?
3/3
Image