Mushrooms are a lot like plants, but they lack chlorophyll and have to take nutrients from other materials. Mushrooms are neither plants nor animals. They constitute their own kingdom—Fungi. These include the familiar mushroom-forming species, as well as yeasts, molds, smuts and rusts.

Few of us see the entire life cycle of mushrooms, since most of it takes place underground or beneath the bark of dead or living trees. Before developing the mushroom structure, the fungus lives as a mycelium, a matlike network of filaments infusing a patch of soil or wood.

When conditions are right, the netlike mycelium develops a fruiting structure, a mushroom, which emerges from the ground or the tree. Instead of seeds, mushrooms produce spores, which are almost as fine as smoke. When spores land in a suitable place, they germinate, developing the fine filaments that eventually become a new mycelium.

Mushrooms usually don’t last very long. Once they’ve shed their spores, they collapse and deteriorate. Some, such as turkey tails, however, last much longer. 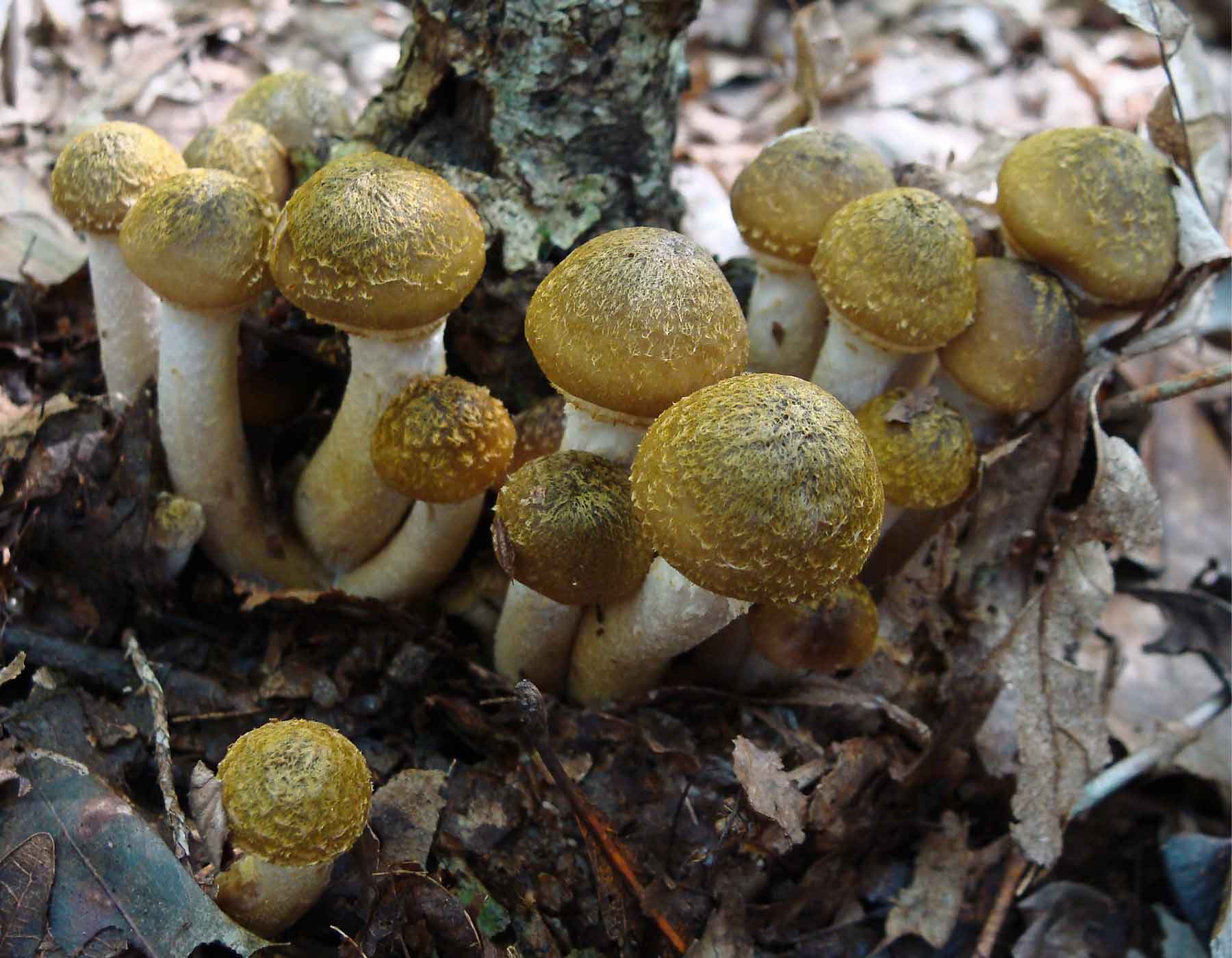 Some fungi digest nutrients from dead material, such as leaves and fallen trees—a compost heap hosts plenty of these fungi! The members of this group are called saprophytes.

Other fungi digest materials from living tissues—these are called parasites. When you see mushrooms growing from a living tree, that tree is undoubtedly being parasitized by a fungus under its bark.

The mycorrhizal fungi are a third group. Underground, they form a mutually beneficial relationship with the roots of plants. They help the plants to absorb water and minerals, and the plants provide nutrients for the fungus. Many trees and other plants cannot live without these fungal partners.

There are about 10,000 kinds of mushrooms in North America, and they have an astonishing array of shapes, sizes and colors.