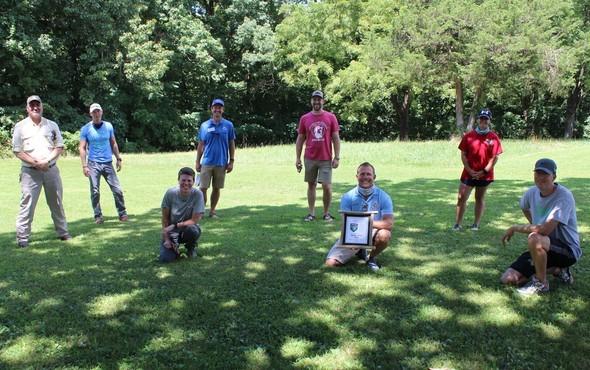 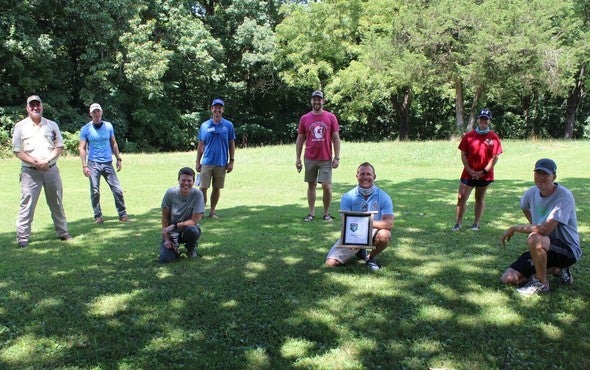 SPRINGFIELD, Mo. – Hydrilla is an invasive plant that has been found in Missouri, most of the discoveries being in Greene County. If this aquatic perennial ever got established in the state, it could have severe impacts on Missouri streams and reservoirs.

That’s why the Missouri Department of Conservation (MDC) formed the Southwest Missouri Hydrilla Working Group in 2014 and, together, this consortium of organizations that have interests in water resources has been working to eradicate hydrilla from southwest Missouri waterways ever since.

“The key to eliminating or minimizing the impacts from invasive exotic species is shared vision and collaboration. This is the strength of the Hydrilla Working Group,” said Nate Muenks, MDC’s natural resource management planner and a member of MoIP. “This group exemplifies an effective network and is highly deserving of the MoIP Invasive Plant Action Award for group collaboration.”

Along with MDC, other active partners of the Southwest Missouri Hydrilla Working Group are Watershed Committee of the Ozarks, City Utilities of Springfield, U.S. Army Corps of Engineers (Pomme de Terre and Stockton Lake), Greene County, Missouri Department of Natural Resources – Southwest Regional Office, and the James River Basin Partnership. Members of these groups coordinated their efforts in a hydrilla elimination campaign that has involved detection, treatment of affected bodies of water and education of pond owners and recreational water users.

Hydrilla is a native of Asia and Africa that was once a popular aquarium plant and was likely introduced to the U.S. through the aquarium trade. This herbaceous perennial can grow in freshwater springs, ponds, streams, and reservoirs. It’s a submerged plant that branches profusely and creates thick vegetative mats when it reaches the water’s surface. The problems hydrilla can cause stems from its quick growth rate (up to one inch per day during peak growth). The dense mats the plants form can choke out native vegetation and have harmful effects on a number of aquatic species. Hydrilla’s dense vegetative mats can clog intake structures at water power generation and water supply facilities and can also have negative impacts on recreational boating. States with heavy hydrilla infestations are spending millions of dollars annually to control hydrilla, which is frequently referred to as “the worst aquatic weed in the country.” Though most sites where hydrilla has been found in Missouri are located in the southwest part of the state, the plant has also been found in the Kansas City and St. Louis areas.

Because of the group’s detection and treatment work, 15 sites in southwest Missouri where hydrilla was found have not shown any hydrilla plant biomass for at least two of the past growing seasons. Twenty additional southwest Missouri hydrilla sites are still in the treatment phase, but several are transitioning towards a monitoring-only phase.

“The Missouri Department of Conservation cannot inspect all the waterbodies, nor can any one agency tackle hydrilla alone,” said Kara Tvedt, MDC Fisheries Management Biologist and the coordinator of MDC’s hydrilla eradication efforts in southwest Missouri. “No water body is immune to hydrilla so we, as a working group, have been diligent in our detection and education efforts. Our goal is eradication, but it is a long battle and takes the efforts of many to persevere.”

MoIP, the presenter of the Invasive Plant Action Award, is a statewide task force dedicated to identifying and controlling invasive plant species that impact native biodiversity. More information about this group can be found at https://moinvasives.org/.