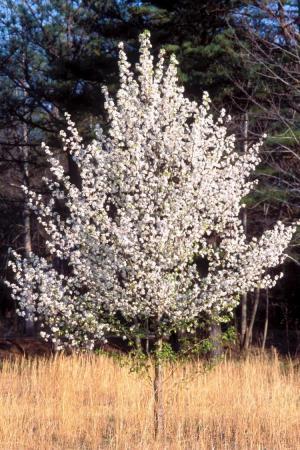 Caption
The Callery pear tree, also known as the Bradford pear, was a common tree planted in the 1960s, but has since become an environmental nuisance. MDC urges Missourians to go native when planting trees.
Right to Use
1/1
Image 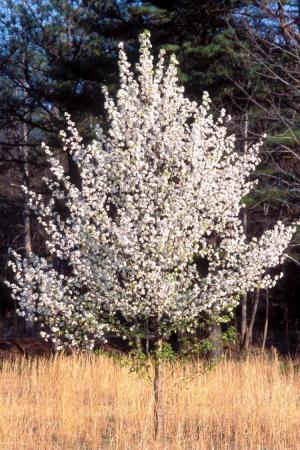 Is user submitted
Caption
The Callery pear tree, also known as the Bradford pear, was a common tree planted in the 1960s, but has since become an environmental nuisance. MDC urges Missourians to go native when planting trees.
Right to Use
News from the region
Statewide
By
Jill Pritchard
Published Date
04/09/2019
Body

JEFFERSON CITY, Mo. – The Missouri Department of Conservation (MDC) encourages homeowners and landscapers to avoid planting Callery pear trees this spring. Though these trees bear beautiful white flowers in the springtime, looks can be deceiving.

The Callery pear tree is often found for sale as Bradford pear, Cleveland Select, Autumn Blaze, or Aristocrat. It is a highly invasive species that multiplies quickly, flourishes in a variety poor growing conditions, and reduces biodiversity by crowding out native Missouri plants.

The trees were introduced as ornamental landscape trees in the 1960s and became popular because they were inexpensive, grew relatively fast, and provided beautiful blooms. However, the species has since become notorious for its poor branch structure, cross pollination problems, and that stinky smell.

“Different varieties of these ornamental pear trees were planted close to each other, which allowed them to cross pollinate and take over natural areas,” said Forestry Field Program Supervisor Russell Hinnah. “But they’re also a poor landscaping choice because they don’t do well in storms, often losing limbs or splitting apart.”

“The best plan is to select species native to Missouri, and there are several great options,” said Hinnah. “Serviceberry trees produce similar showy white blooms in the spring and have small red fruits that attract wildlife.”

Read more about the negative effects of the Callery pear tree at http://tinyurl.com/y36ybzse.