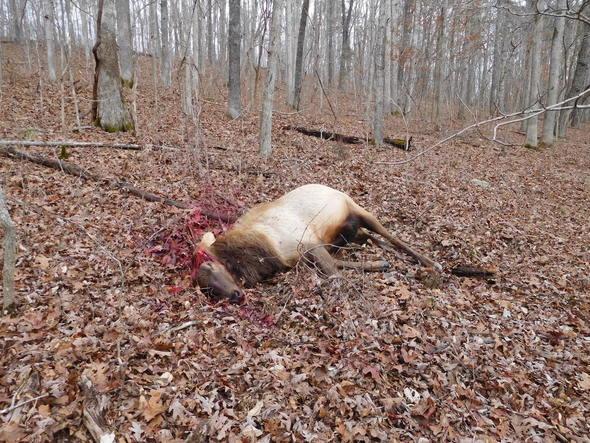 Caption
MDC is seeking information from the public in a December 2015 elk poaching case.
1/1
Image 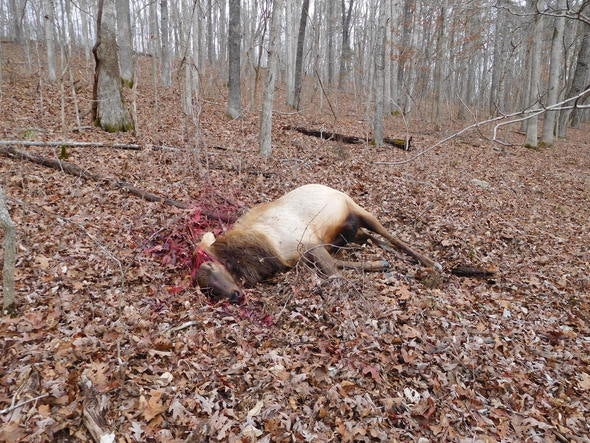 Is user submitted
Caption
MDC is seeking information from the public in a December 2015 elk poaching case.
News from the region
Ozark
By
Candice Davis
Published Date
06/14/2016
Body

SHANNON COUNTY, Mo. – Missouri Department of Conservation (MDC) agents would like to speak to the driver of a 2007-12 dark gray four-door GM pickup, reported by an anonymous tip to have been at Log Yard Access along the Current River between 8:30 and 9 p.m. on Dec. 28, 2015.  Anyone who was at the Log Yard Access area any time that evening may have seen the vehicle and know the driver or perhaps saw or heard something that could be helpful to the investigation. Conservation agents would also like to hear from the driver of the vehicle, for the same reasons.

In the late winter of 2012, a yearling bull elk was captured in eastern Kentucky.  In late spring of that same year, that young bull was relocated some six hundred miles to Peck Ranch in Missouri and given Elk Identification Number 260 in Missouri’s elk restoration program.  Over the next three years the young bull grew into a magnificent example of what all people envision when they think of a mature bull elk.  In the evening of Dec. 28, 2015 near Log Yard Access on the Current River, this bull’s life was taken by a poacher’s gun, his fully‑developed antlers were taken by the poacher’s chainsaw, and his carcass was left to rot by the poacher.

That same night, the Current River was flooding to near historic levels.  River gauge levels show that between 6 p.m. and midnight it rose from about 24 feet to 28 feet and then crested around 3 a.m. on Dec. 29 at about 29 feet.  Shannon County Highway HH, which leads to the Log Yard area, was closed by the Missouri Department of Transportation (MoDOT) from 8 a.m. on Dec. 28 until late in the day Dec. 29, due to flooding of Carr Creek. Still, many people who wanted to see the river during this flood event took another route in to Log Yard. Any one of these people may have information that could help in the investigation of the poaching of Elk 260.

Elk 260 made a long and difficult journey from eastern Kentucky to Missouri, then flourished for three years and became a mature bull elk. It likely contributed a few calves to Missouri’s growing elk population. It also may have given many people their first opportunity and pleasure to see an elk in the wild.  A poacher’s actions, for nothing more than Elk 260’s antlers, stopped both contributions.

Anyone with information about the 2007-12 dark gray four-door GM pickup, or anything else regarding the poaching of Elk 260, please call Conservation Agent Brad Hadley at (573)230-3706 or call the Operation Game Thief (OGT) hotline at (800)392-1111. The OGT hotline is manned 24 hours a day, seven days a week. A reward from Operation Game Thief and the Conservation Federation of Missouri currently stands at $4,445.00.