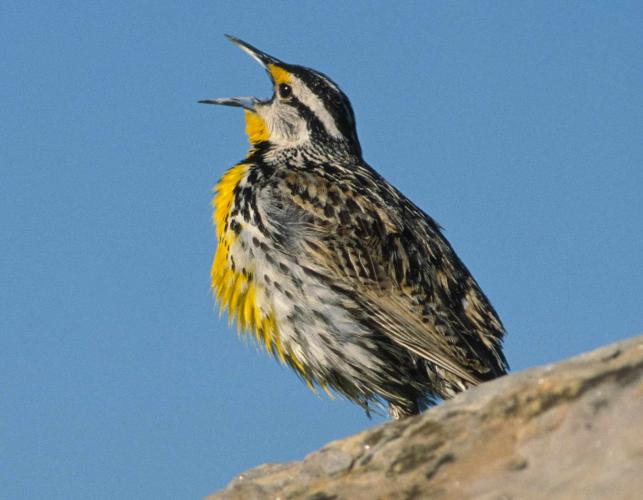 Caption
MDC and conservation partners have identified the state’s most threatened bird species, such as the eastern meadowlark, and are asking public and private landowners to help manage habitat for birds.
Credit
MDC
Right to Use
1/2
Image 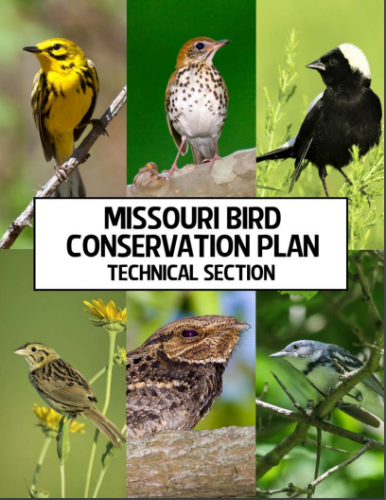 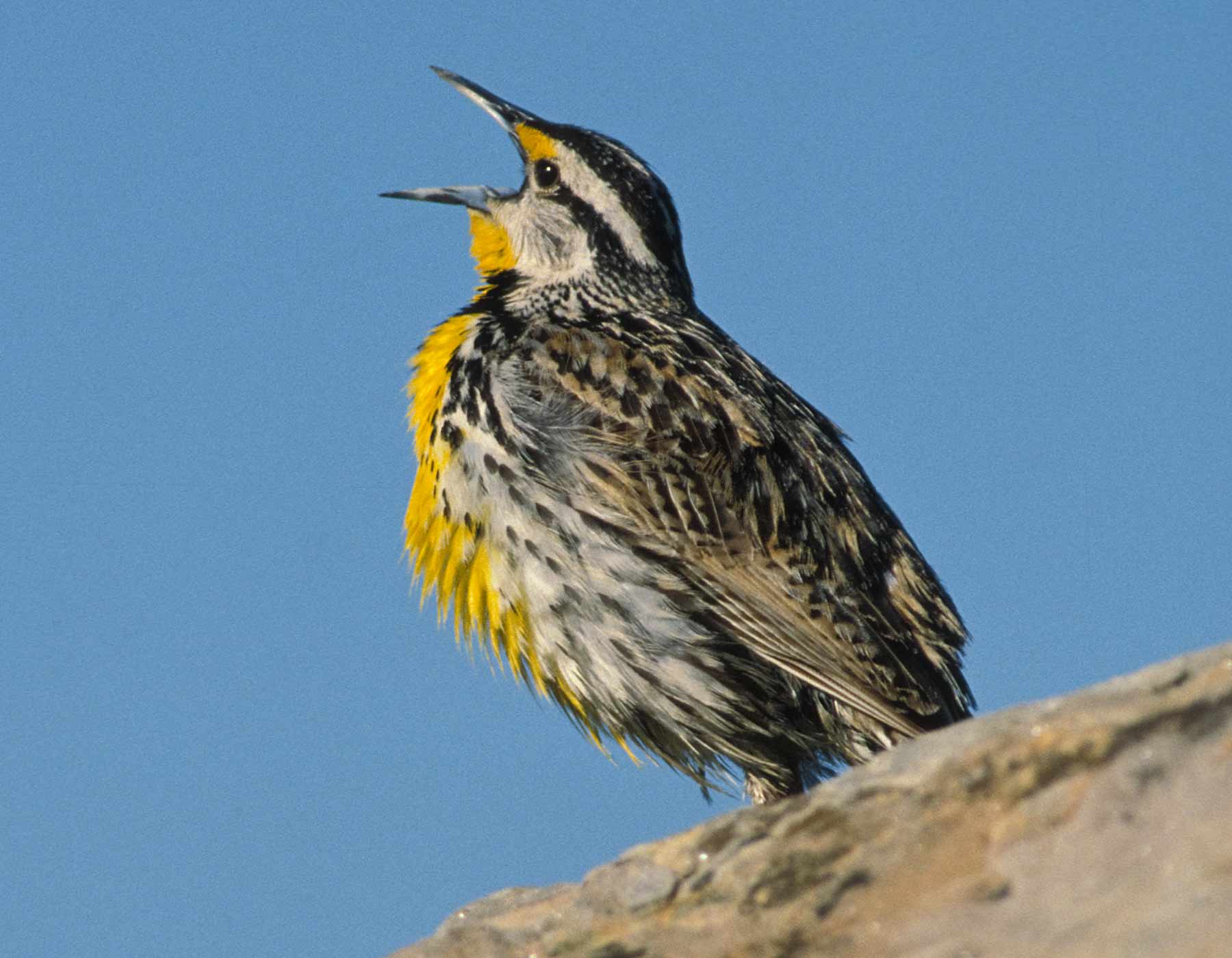 Is user submitted
Caption
MDC and conservation partners have identified the state’s most threatened bird species, such as the eastern meadowlark, and are asking public and private landowners to help manage habitat for birds.
Credit
MDC
Right to Use
Image 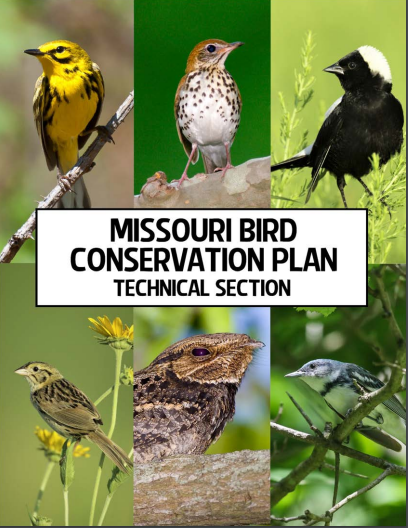 JEFFERSON CITY, Mo. – A recent study from prominent bird researchers in the U.S. and Canada, including Cornell Lab of Ornithology, found that North America has lost nearly 3 billion birds in the last 50 years, and those declines are also occurring in Missouri. The Missouri Department of Conservation (MDC) is partnering with other conservation agencies and organizations to address population declines in the state and offer solutions.

“It’s difficult to pinpoint the exact causes of these widespread bird declines because many birds are migratory and they breed here but winter out of the country,” said MDC State Ornithologist Sarah Kendrick. “But one of the threats birds are facing is loss of breeding habitat and managers of public and private land can help reverse these declines.”

Over the past year, MDC has been working with the U.S. Forest Service, regional bird conservation group Joint Ventures, Missouri River Bird Observatory, and other land-management agencies and organizations to develop the Missouri Bird Conservation Plan. The plan is a tool created to help reverse dwindling bird populations by focusing statewide conservation efforts across agencies and organizations toward shared goals.

There are roughly 335 bird species that commonly occur in Missouri. Of that number, 29 are included in the Missouri Bird Conservation Plan. The list includes the eastern meadowlark, prairie warbler, northern bobwhite, eastern whip-poor-will, and red-headed woodpecker.

“The recent study of bird loss did not initiate the Missouri Bird Plan,” noted Kendrick. “However, it serves as a particularly timely reminder of the threats facing North American birds. This is not just a lofty problem occurring elsewhere. Bird declines are occurring here in Missouri. Many of the birds in the Plan desperately need our help – especially grassland birds. Property owners have a unique opportunity to improve breeding habitat for all of the species in the Bird Plan.”

Birds play significant roles in ecosystems by controlling pest insects, dispersing seed and pollinating plants, and scavenging carcasses. They also stimulate the economy. According to a U.S. Fish and Wildlife Service study, wildlife watchers spent more than $940 million on equipment and travel in Missouri in 2011.

“There are simple actions anyone can take to give back to birds and help reverse their declining numbers, whether they live in a city or in a rural area,” said Kendrick.

Gardening with native plants has many benefits, perhaps the biggest being their value to native insects, birds, and other wildlife.

“Native plants have it all! They provide food, shelter and nesting areas for both migratory birds and those that stay in Missouri year-round,” said Kendrick. “A native oak tree can host more than 500 species of native caterpillars that are food for many birds.”

Window collisions are another major cause of bird deaths. It’s estimated that up to 1 billion birds die each year in the United States when they hit windows or other structures.

“Birds see the reflection of trees or other vegetation in the glass or think it’s an opening to fly through and they crash into windows and die,” Kendrick explained. “At night, birds are also attracted by bright city lights while migrating and are at risk of flying into buildings.”

People and owners of large buildings can make windows safer by placing small stickers on the outside of windows or installing screens or lightweight netting to break up the reflection. The American Bird Conservancy offers more bird-friendly solutions at short.mdc.mo.gov/ZAB.

BE A CITIZEN SCIENTIST!

“Birdwatchers in Missouri can provide critical information through projects such as the Breeding Bird Survey, Christmas Bird Count, or by submitting their bird sightings on eBird – a massive online database of bird observations worldwide,” said Kendrick.

To learn more about how citizen science contributes to conservation decisions and how to help, visit:

Another finding of the recent study showed a 56% increase in waterfowl populations over the last 50 years.

“Waterfowl populations have increased because waterfowl hunters came together to raise funds and concentrate their voices for conservation,” said Kendrick. “Billions of donated dollars and federal funds changed waterfowl’s trajectory. This is the call for a new group of bird lovers to use that model and do the same. Now is the time.”