MDC Creature Feature: Possum on a Half Shell 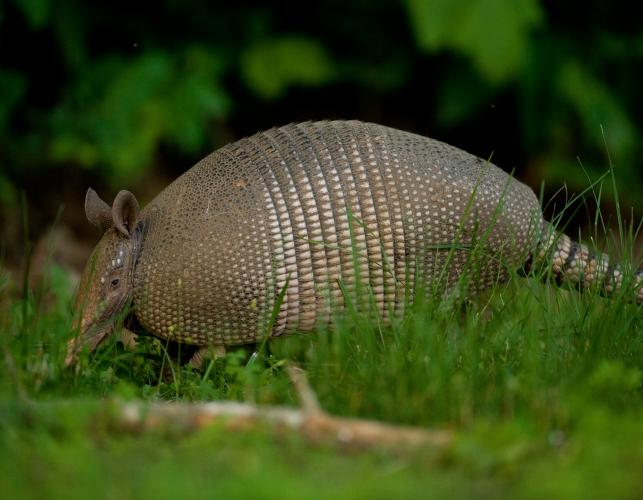 Caption
WEIRD WILDLIFE: The nine-banded armadillo is one of the oddest creatures living in Missouri – and not just because of their unique, armored appearance. Learn more at https://nature.mdc.mo.gov/discover-nature/field-guide/nine-banded-armadillo.
1/1
Image 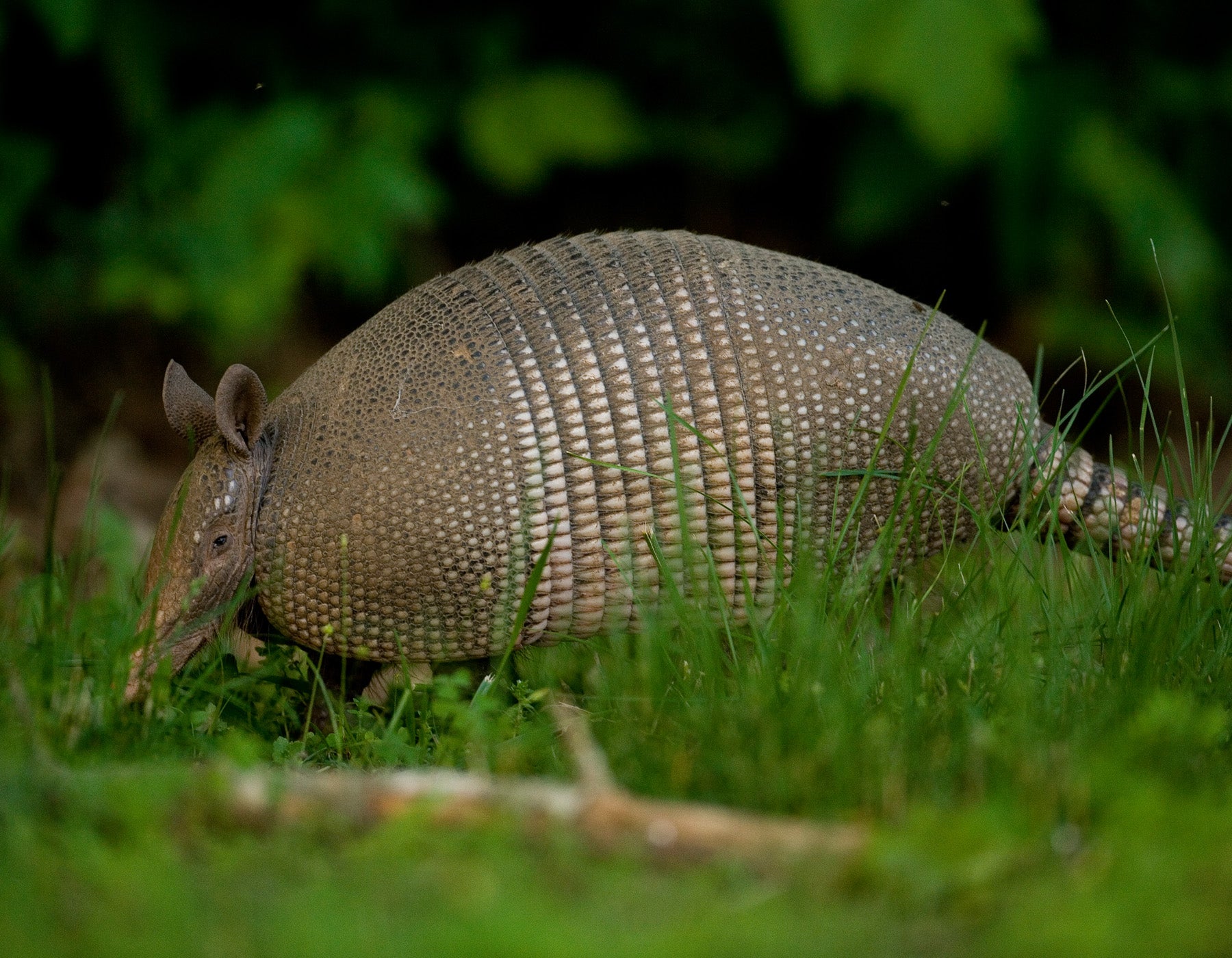 Is user submitted
Caption
WEIRD WILDLIFE: The nine-banded armadillo is one of the oddest creatures living in Missouri – and not just because of their unique, armored appearance. Learn more at https://nature.mdc.mo.gov/discover-nature/field-guide/nine-banded-armadillo.
News from the region
Statewide
By
Jill Pritchard
Published Date
07/17/2019
Body

JEFFERSON CITY, Mo. – What do possum on a half-shell, Texas speedbump, and pocket dinosaur all have in common? They’re all the same animal – the nine-banded armadillo. These mammals, known for being common roadkill and a property pest, are one of the oddest-looking species in Missouri with some of the oddest behaviors.

The armadillo, Spanish for “little armored one,” has plates of hardened skin that nearly cover the entire body, including the head, legs, and tail. The nine-banded armadillo gets its name from the moveable “bands” in its midsection. Despite popular belief, this species cannot roll itself into a ball. Only its three-banded relative, which resides in South America, can roll up.

Armadillos primarily live in the southern half of the state, but are expanding north as far as the Iowa-state-line. Because these animals don’t hibernate and primarily eat insects, their range is limited by extreme cold.

Armadillos are considered a “native” species of Missouri, but they didn’t always live in this region. They migrated from the south and west, where they ultimately found their way to Missouri. The species continues to expand its range north across the United States.

Armadillos have several nicknames, including the unfortunate title of “Texas speedbump.” This species often ends up as roadkill because of their bizarre tendency to jump straight up when they’re scared. This strange skill helps to avoid predators in the wild, but crossing a busy road means many times leaping right into a car’s bumper. Their hard plating can cause significant damage to vehicles and even puncture tires.

Another odd talent armadillos possess is swimming. They can swim and float across large bodies of water by gulping in air into their intestines to make themselves more buoyant. Or these little tanks can hold their breath and simply walk across the bottom of streams and ponds. Their ability to cross bodies of water has helped them expand their range.

Armadillos’ breeding season begins in the summer, followed by a 2-3 month delay when the embryo divides into four cells before each one implants in the uterus. This results in four identical offspring. After four months’ implantation, the quadruplets are born with no shell around early-to-mid-spring. The young are weaned around 3-months-old and become mature at 12-15 months.

Lifespans of up to 20 years, coupled with their reproductive success, means that it only takes a small number of armadillos to establish populations in new areas.

These peculiar creatures can also wreak havoc on lawns and gardens as they forage. Armadillos dig into the ground, push their nose into the soil, and use their sticky tongues to collect beetles, larvae, and other invertebrates, much like their closest-living relative, the sticky-tongued anteater. Excavating burrows to bear their young can also lead to conflicts with property owners.

Though there is no hunting or trapping season for armadillos, the Wildlife Code of Missouri specifies that damage-causing armadillos may be trapped or shot to prevent further destruction. Cage-type traps are effective in catching these property pests. For more information on handling nuisance armadillos, visit https://mdc.mo.gov/wildlife/nuisance-problem-species/nuisance-native-species/armadillo-control.

Armadillos are natural carriers of the bacteria that causes Hansen’s disease, also known as leprosy. This condition can lead to disfigurement and nerve damage. According to the Centers for Disease Control and Prevention, it may be possible that armadillos can transmit the disease to people, but the risk is very low and those who come into contact with the animals are unlikely to become infected.

There have been no armadillo-transmitted leprosy cases in Missouri. However, MDC recommends wearing gloves if armadillos must be handled.