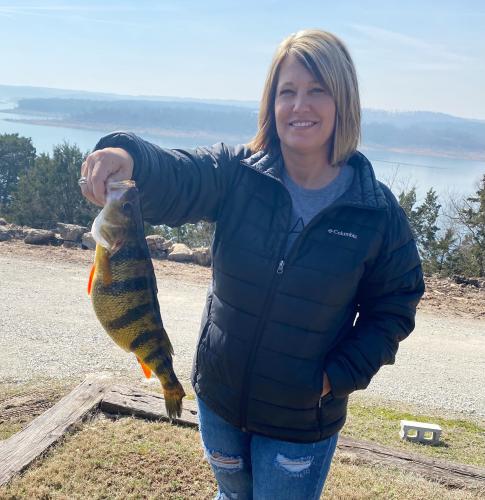 Caption
Sharon Christopher of Cedar Hill is the first record-holder of 2021 after catching a 2-pound, 7-ounch yellow perch March 7 from Bull Shoals Lake.
Right to Use
1/1
Image 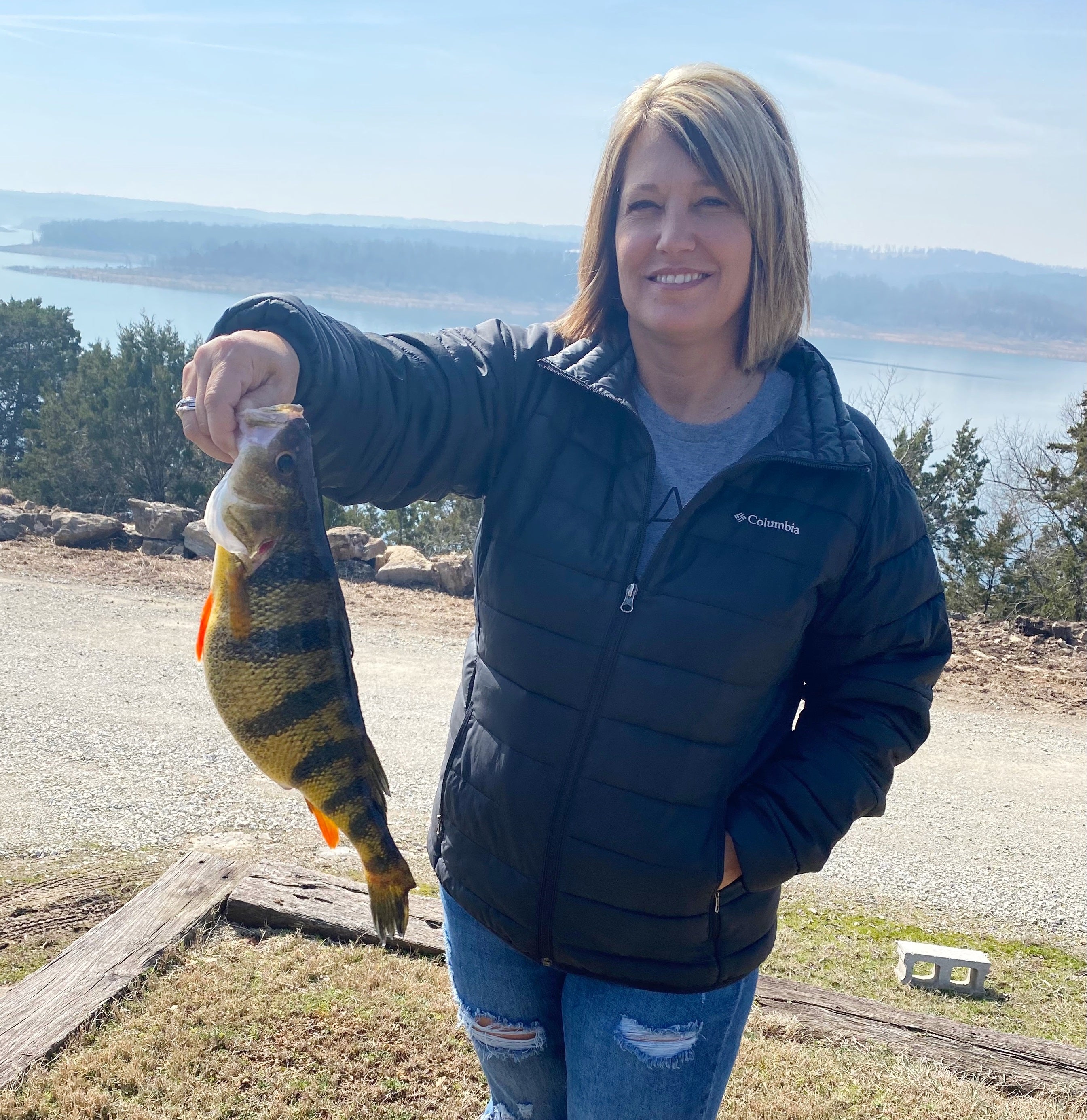 Is user submitted
Caption
Sharon Christopher of Cedar Hill is the first record-holder of 2021 after catching a 2-pound, 7-ounch yellow perch March 7 from Bull Shoals Lake.
Right to Use
News from the region
Statewide
By
Jill Pritchard
Published Date
03/23/2021
Body

“I got lucky because I am not an avid fisherman,” laughed Christopher. “My husband and I were out crappie fishing with some friends of ours when I reeled in this big fish. I wasn’t quite sure what it was, but luckily our friends immediately recognized it as a yellow perch. The funny thing is, they were in a separate boat pretty far away from us and could tell how big it was.”

Later that evening, Christopher said her husband was cleaning the crappie they caught and saved the perch for last.

“My friend stopped him just in time and said, ‘Don’t touch that fish!’,” she recalled. “That perch was about to go under the knife, but my friend just said, ‘I think she’s got something.’ And sure enough we put the fish on our scale and saw that it beat the current record.”

After getting in touch with MDC staff, the perch was weighed on a certified scale at MDC’s Shepherd of the Hills Fish Hatchery in Branson. It’s the first state-record of 2021.

“I’m super excited,” Christopher said. “Again, I got really lucky. I’m a nurse and work a lot of long hours. I use fishing as a way to relax and enjoy myself, so when I caught this, I was showing everyone I work with the pictures!”

The previous record was a 2-pound, 3-ounce fish caught from Bull Shoals Lake in Jan. 2020.

Christopher said the fish is going to be mounted.

“The funny thing is I do not eat fish! My neighbor’s son is a taxidermist and he is mounting the fish for us,” she said.