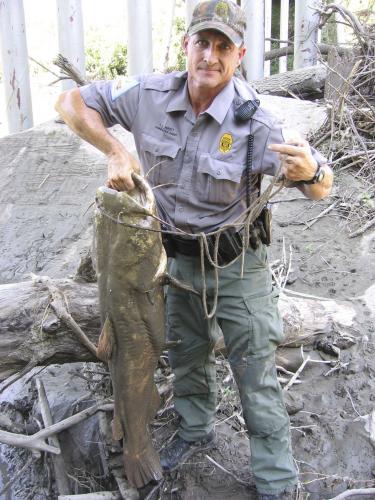 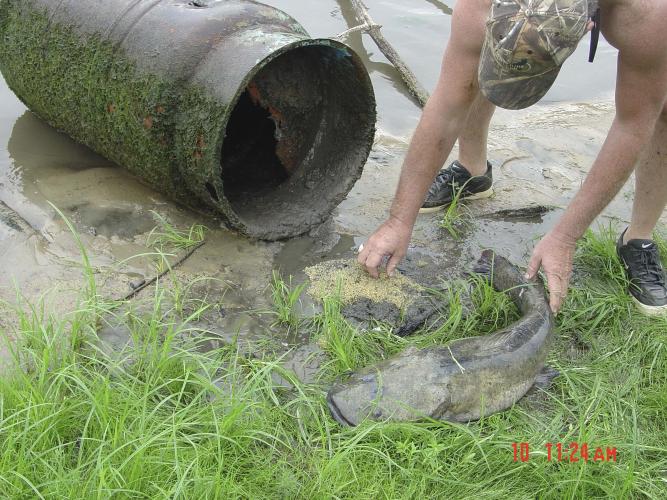 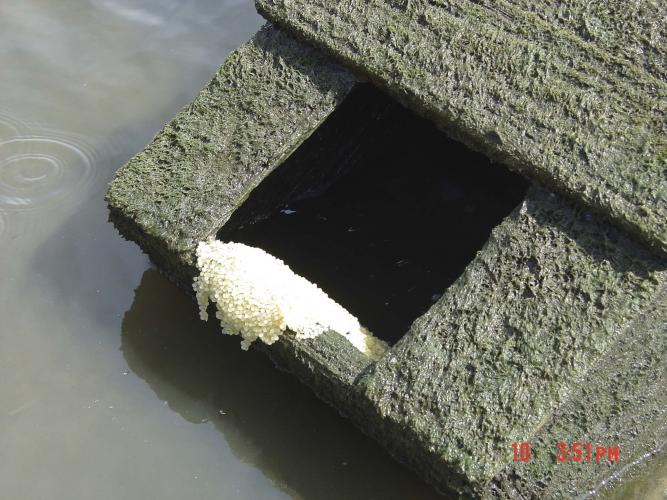 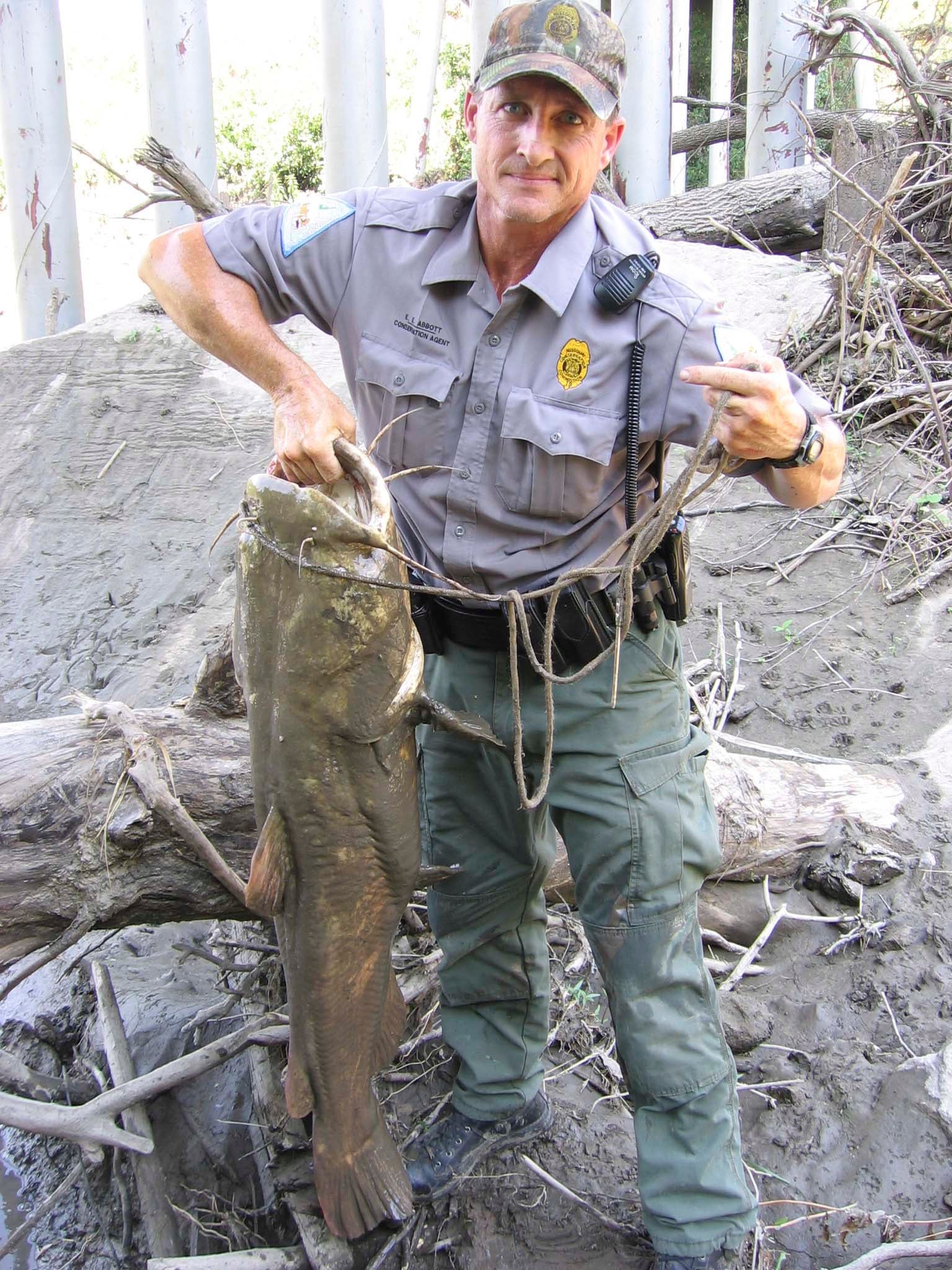 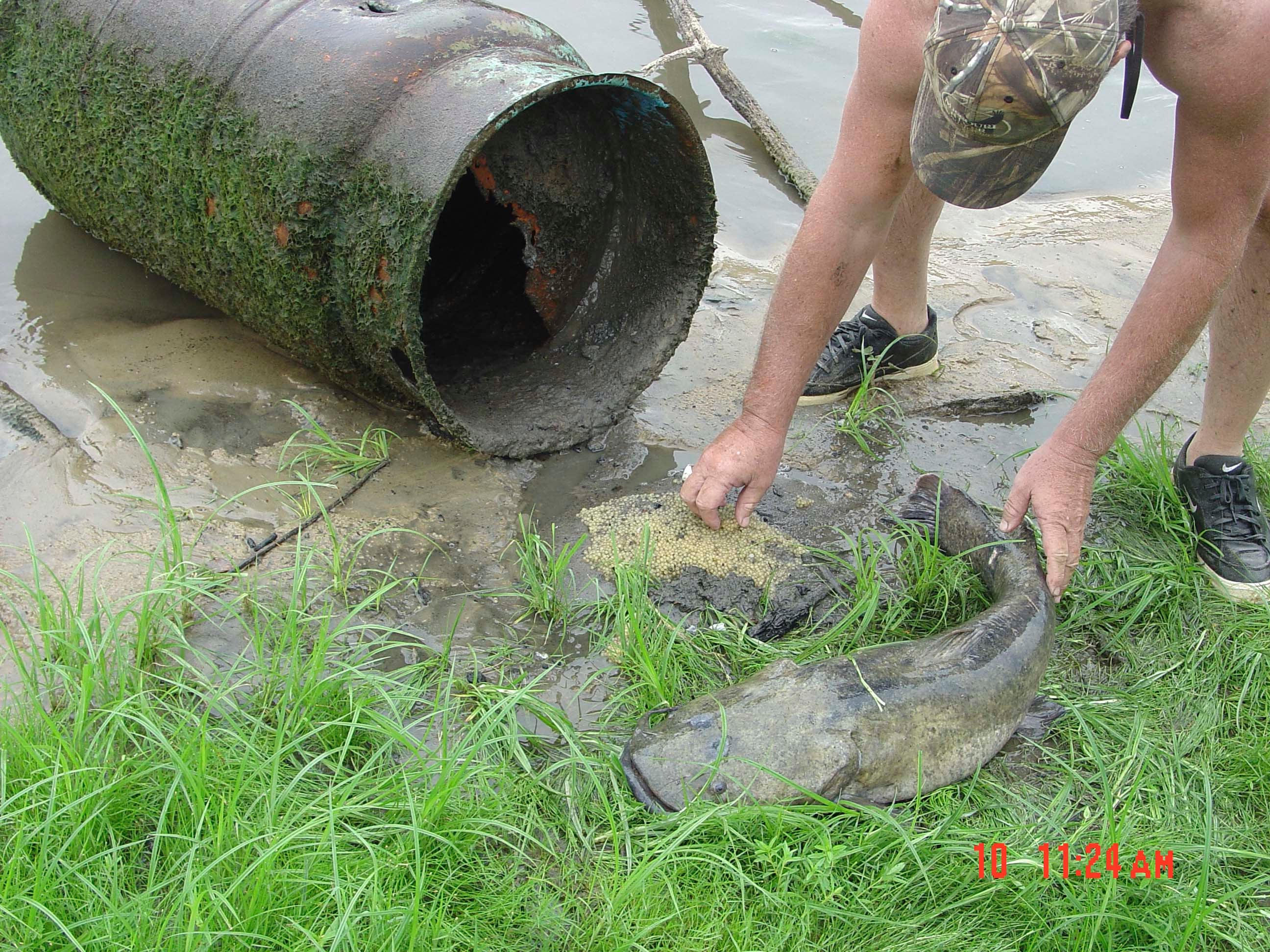 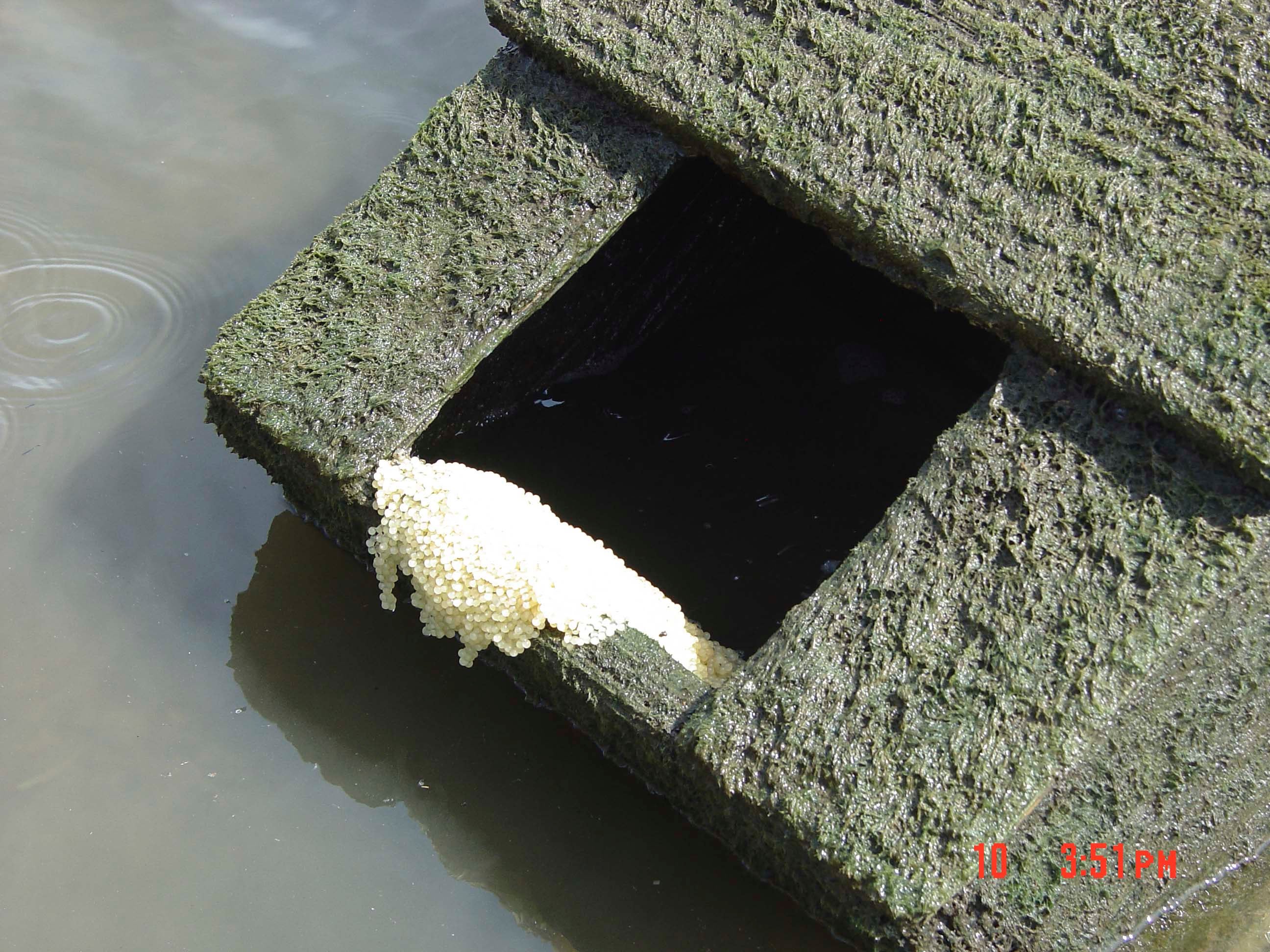 KANSAS CITY Mo -- Catfish noodling, or hand-fishing, is illegal due to potential harm to fisheries. But the method also prompts junk to be tossed into public lakes as accessories.

In noodling – also called grabbing – catfish are taken off spawning nests by yanking them out of cavities where they lay and protect eggs. Poachers who target spawning catfish in lakes create underwater cavities that lure fish by tossing containers into shallow water. Then they wade to containers and remove fish.

A two-foot drop in Truman Lake this summer and better water clarity made noodling containers easier to see from boats, said Conservation Agent Rob Farr of Benton County. Agents also use side-scan sonar and observations from helicopters to locate containers and sometimes to nab poachers. Some noodlers were caught and issued citations this summer, and agents are still watching some sunken containers for activity.

“With the water low, we’ve had quite a lot of success finding these things during the last month and a half,” Farr said.

Agents in northwest Missouri this summer also issued citations for illegal fishing methods to several noodlers who were grabbing large catfish from natural cavities under banks. This was in small, easily-waded streams.

Catfish reproduction and populations in small rivers can be easily harmed by removing brood fish from nests.

Conservation Agent Eric Abbott made arrests on the Tarkio River in Atchison County where the river was only 20 yards wide. Noodlers possessed flathead catfish topping 40 pounds.

“It’s sad because most of the folks doing this don’t realize they’re taking the brood fish, and that it takes many years for these fish to grow that size,” Abbott said. “The fishery cannot stay healthy when those fish are taken year after year.”

Noodling removes fish that would otherwise be available to anglers using legal fishing methods such as rod and reel or set lines.

Catfish studies by MDC in the state’s waters also show that noodling can harm catfish populations.

“People don’t realize that when they’re taking one brood fish off the nest they’re killing thousands of eggs,” said Conservation Agent Alan Bradford, who made arrests this summer for noodling in Grindstone Creek in Daviess County.

Flathead catfish are most commonly targeted, in part because large males will stay on nests to defend eggs, even when disturbed. Females lay eggs in a cavity and then the males, often up to 50 pounds or larger, fan the nests with a swimming motion to keep eggs clean and alive. They also keep predators away that would eat eggs, such as small fish.

When agents pulled noodling boxes and tanks to near the shoreline at Truman Lake this summer, many containers had eggs and fish inside. The male flatheads stayed inside, protecting the eggs rather than swimming away, said Mike Burton, Protection district supervisor.

“We had to dump them out since the fish would not leave,” Burton said. “That’s how fiercely they wanted to guard the nest.”

Anyone spotting illegal fishing activity, including noodling or dumping containers into lakes, can contact their local conservation agent or call Operation Game Thief at 1-800-392-1111, 24 hours a day. Callers may remain anonymous and rewards are available for information leading to arrests.

Citations are issued to those caught hand-fishing, a Class-A misdemeanor that is punishable by up to a year in jail and fines up to $1,000. The loss of hunting and fishing privileges is also possible.

“They’re targeting key fish,” said Tory Mason, a Fisheries biologist in northwest Missouri. “Noodling can wipe out a large portion of the spawning population in some areas.”