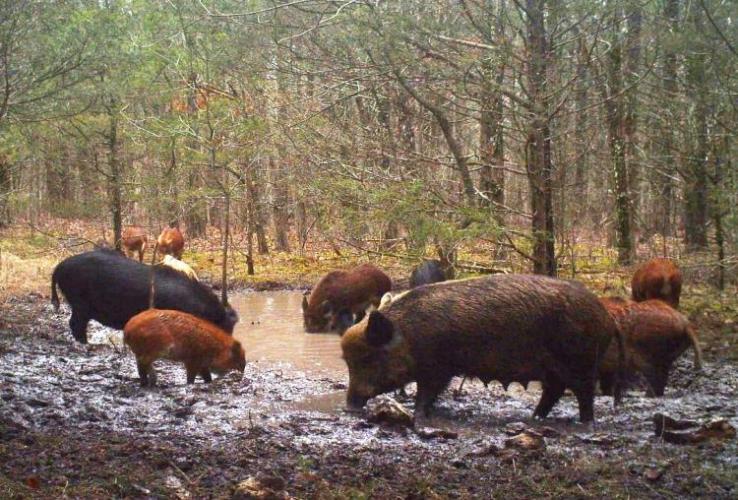 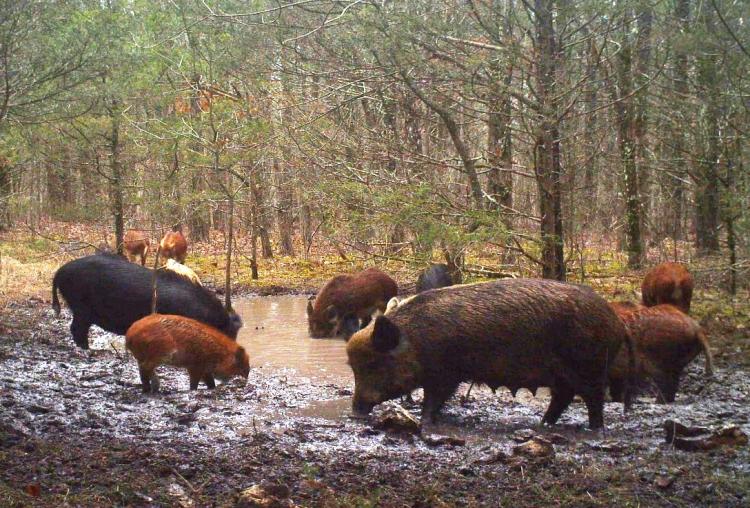 JEFFERSON CITY, Mo. – At its meeting on June 24, the Missouri Conservation Commission approved changes to the Wildlife Code of Missouri that would prohibit the hunting of feral hogs on conservation areas and other lands owned, leased, or managed by the Missouri Department of Conservation (MDC). The new regulation prohibiting hog hunting on MDC areas does not apply to private property.

The Commission’s decision followed consideration of feedback received during a public comment period on the topic that ended in May. The effective date of the regulation change will be Sept. 30. Potential penalties for illegal hog hunting could include fines and the loss of hunting privileges.

MDC discourages feral hog hunting in Missouri. Research from other states shows that hog hunting increases feral hog numbers and locations because it provides incentives for illegal releases of hogs for future hunting. Releasing hogs to non-enclosed areas or to the wild is illegal in Missouri. MDC encourages the public to report these types of illegal activities to local conservation agents.

Instead of hunting hogs to help reduce their numbers, MDC encourages hunters and others to report feral-hog sightings to their local conservation agents or MDC offices. Staff can then confirm local numbers and locations, and determine how best to capture and eliminate the entire group of feral hogs.

MDC owns or manages about 1,000 conservation areas around the state with about 30 known to have feral hogs, mostly in southern Missouri. According to MDC Wildlife Division Chief Jason Sumners, hog hunting on conservation areas interferes with efforts by MDC staff to trap and eliminate entire groups of feral hogs, called sounders.

"The regulation change prohibiting hog hunting on conservation lands is a direct result of some misguided individuals disrupting trapping efforts by MDC staff," Sumners explained. "MDC staff set large, corral-type traps on areas where there are known feral hogs. They then bait the area with corn for several days or weeks to attract the targeted group of hogs, get them used to the surroundings, and get them concentrated in the trap before triggering it. This work takes weeks, with the goal being to trap the entire group of hogs. After weeks of work to catch the sounder of hogs, we then get an individual who finds out about the site, shows up at some point, and shoots a hog or two. The rest of the group then scatters and moves to a new location. As a result, weeks of work have been wasted and new areas now have feral hogs."

Feral hogs are an invasive, nuisance species in Missouri and are not wildlife.  They cause significant damage to wildlife habitats, compete with native wildlife such as deer and turkey for food, prey upon native wildlife such as turkey and quail, destroy natural areas along with agricultural lands, pollute ponds and streams, and spread diseases to domestic livestock and people. For more information on feral hogs, visit the MDC website at mdc.mo.gov/feralhog.