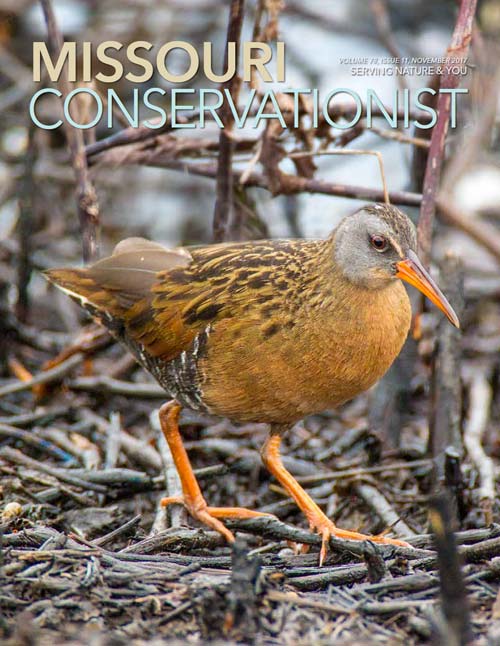 Rainbow trout flashing crimson-on-silver colors as a fishing rod bends makes an angler smile on any shore, perhaps even amid a city. Welcome to MDC’s urban winter trout fishing, a close-to-home option for getting outdoors and potentially landing a tasty entrée to cook for dinner.

Trout swimming in urban ponds and lakes requires a partnership between nature and conservation. The winter air chills the waters. MDC provides the trout and some fishing sites. Local partners, such as cities and counties, also provide lakes or ponds for fishing at public parks, and they often help pay for hatchery-reared trout to stock. Anglers enjoy connecting with a feisty fish that requires cold, oxygen-rich water.

“The first days after they stock are crazy, you can pull in one after another,” said Jim Davis of Sedalia, who fishes at that city’s 3-acre Liberty Park Lake. “But if they’ve been in there a month or so, they get a little smarter and it takes
a little more patience.”

On Your Mark, Get Set, Fish!

In November, MDC fish stocking trucks roll up to ponds and lakes across the state with trout reared at the department’s Bennett Spring Fish Hatchery or Montauk Fish Hatchery. These trucks will carry 75,000 rainbow trout to 34 ponds and lakes at conservation areas or waters in city or county parks. The fish slide from tanks on the truck into the water. Then the fishing fun begins.

Anglers with proper permits can catch and keep trout at some lakes through the winter. While at others, such as Sedalia’s Liberty Park Lake, the fishing is catch and- release from Nov. 1 until Feb. 1. But after that, anglers with valid Missouri fishing licenses and state trout permits can keep what they catch up to the daily limit of four trout.

Davis enjoys the fishing and camaraderie.

“There’s a regular group of us that see each other trout fishing every year,” Davis said. “It’s a lot of fun.”

Urban winter trout fishing comes with no guarantees about weather or if the fish are hungry and biting lures. Anglers must still make fly, lure, or bait presentations that appeal to sometimes finicky fish. Fishing’s satisfactions are due in part to when success triumphs over uncertainty. But anglers can count on a chance to catch a trout in waters where cold-water fish are not normally found. Kathi Munholland wields a fly rod for rainbows during winter at the lakes MDC stocks in the Kansas City area. Munholland, of Overland Park, Kansas, likes fishing at Coot and Plover lakes at MDC’s James W. Reed Memorial Wildlife Area in Lee’s Summit. She’s also fished at Sedalia and at a new lake for the program, Johnston Lake at Raymore.

She exchanges winter trout tips with her friends in the area’s Gals Go Fish club. The fly-rodders tweak tactics for trout swimming in waters beyond their normal range.

“One thing I love about fly-fishing is matching the hatch,” Munholland said. “But in winter, not as much. The fish are down deeper, and those lakes are not their natural habitat. You need to use something that will get down to them, like a fly with a bead (weighted) head.”

A weighted Jujubee Midge in solid colors, a zebra midge in red, or a fluffy rainbow-colored fly are among her favorite winter trout flies. Sinking tip fly lines help get flies down to deeper water faster. She uses a 9-foot, 6-weight fly rod. On the business end she starts with a 4x tippet.

Stocked trout take some days to settle into new surroundings, she said. They soon adjust to natural feeding habits and the lake’s bottom structure. Early morning and late evenings become their prime feeding times and the best time to catch trout.

“That’s why a lot of people fish for them on their way to work or after work,” Munholland said. “It’s not like you have to pack up and go to the Ozarks to catch trout. You can just keep a rod and reel in your trunk.”

Many urban park lakes have grassy, open shores that make back casting a fly line a bit easier. Winter trout fishing is a good place to introduce youngsters to fly-fishing and rainbow trout. Although, once trout have settled into habits in urban lakes, they can begin to stay beyond the casting range of many fly-rodders.

“At times, the fish are farther away than we can get,” Munholland said.

“After about two days, it’s cheese bait and dough bait time,” he said.
Horack favors a light-action or ultra-light spinning rod. But he prefers a long rod for winter trout fishing, such as his 9-foot rod designed for crappie fishing. The extra rod length helps him make long casts when the fish are staying 30 or 40 feet from shore. Also, if moss or other aquatic growth creates snag-prone clutter near shore, he can lift lures and fish up over it. Light line, such as 2-pound test, is important because trout have sharp eyes and water is clear in winter. But it can be used as a tippet tied to a float or ahead of 4-pound test backing on the reel spool.

“You’ve got to be sure to have the reel’s drag set right or they’ll break the line,” Horack said. “In the last two years, we’ve been catching 12- to 14-inch fish. If they see that spoon going through the water, they’ll come and nail it, and it’s a ball.”
MDC’s hatchery staff also stocks a few brood fish no longer needed to produce eggs. Those fish are lunkers that can weigh 4 pounds or better.

A few years ago, Horack and a buddy were catching trout at a Busch area lake when a big fish struck his buddy’s lure and peeled line off the reel. When he was finally able to bring the fish close to shore, Horack went in, without fishing waders, in icy water to help land it. Then they broke out a portable scale and tape measure.

“It weighed 10 pounds, 5 ounces, and was 27 inches long,” he said. “That was on New Year’s Day. The trout just decided it was time to bite, and it did.” Horack uses a jig-and-float rig for catching wary trout in deeper water offshore. Those fish often congregate at sudden drop-offs in the bottom. To reach them, he ties a micro jig about 30 inches below a weighted 2-inch or 4-inch torpedo float. The plastic bobbers let the jig hang straight down, and any slight movement can indicate trout nipping at the jig. They may nibble and let go if the angler doesn’t set the hook quickly.

“Trout fishing is a very visual sport,” he said. “You’ve got to watch that rod tip. You’ve got to feel that slightest little tink on the rod.”

Natural- or artificial-scented baits can be effective fish catchers if allowed, Horack said. But they need to be fished with a rig that floats the bait off the bottom where fish can see it as well as smell it.“I don’t know why because it’s nota natural food for them,” he said, “but trout like garlic.”

The type of bait, lures, and hooksallowed may vary depending on where you’re fishing. Before you head out, check A Summary of Missouri Fishing Regulations, available at your local MDC office, where permits are sold, or online at short.mdc.mo.gov/Z3C.

For many urban anglers, winter trout fishing brings a chance to put fresh fish on the supper table. Horack releases most fish he catches, but not all. “There’s nothing like hickory smoked trout,” he said. “I smoke ’em at 200 degrees, leave them in for three hours with the head and skin on or off. I also fillet, bread, and fry them. They eat excellent.”

Catching urban winter trout is a sport open to everyone. Some lakes have accessible fishing docks and piers for anglers with mobility challenges. Don’t hesitate to ask other anglers for fishing tips. Many anglers enjoy helping others. 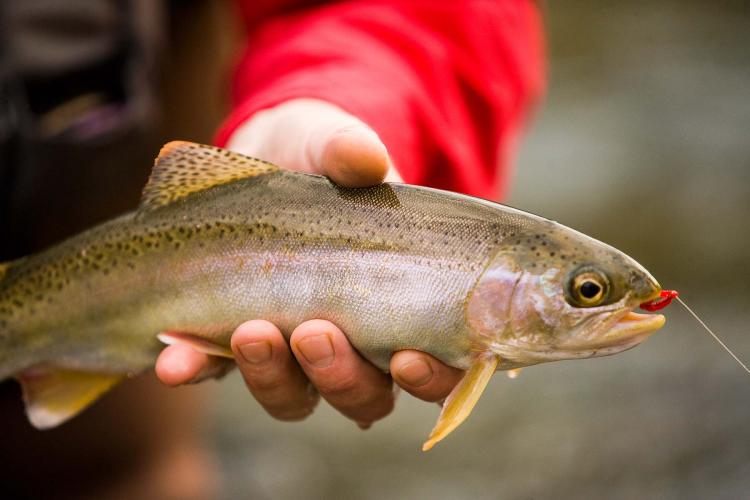 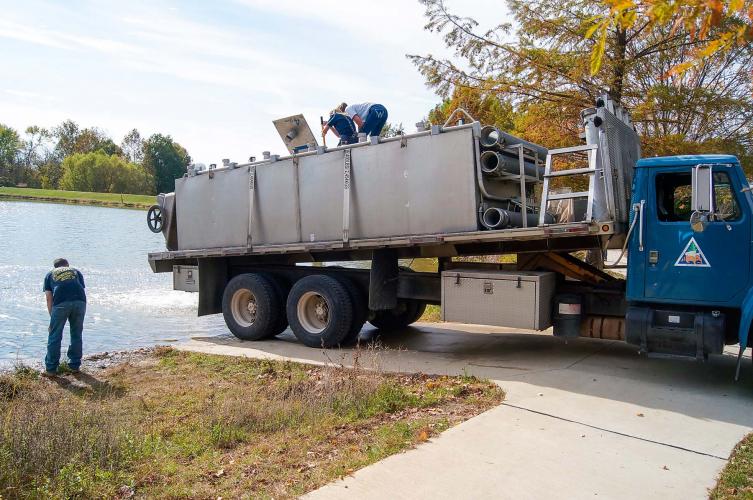 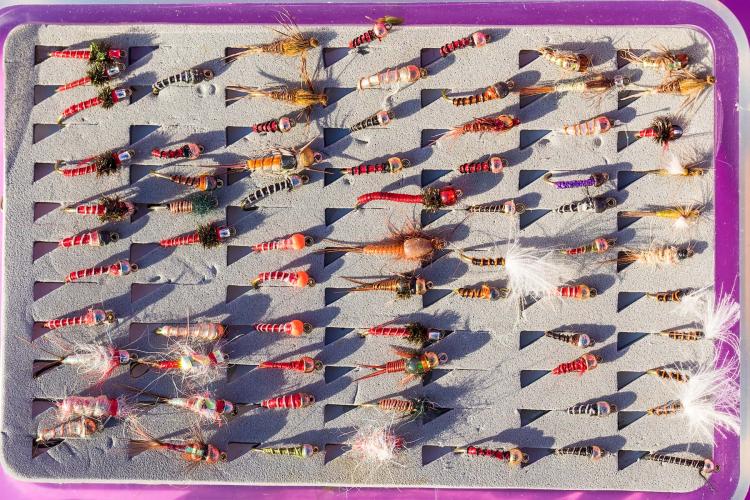 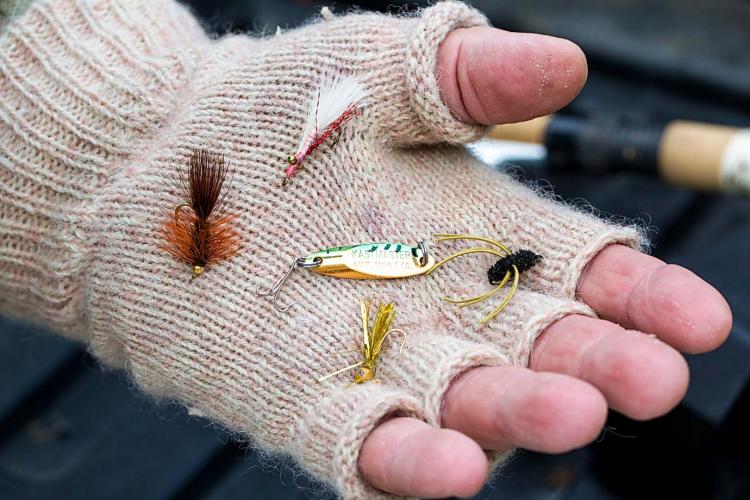 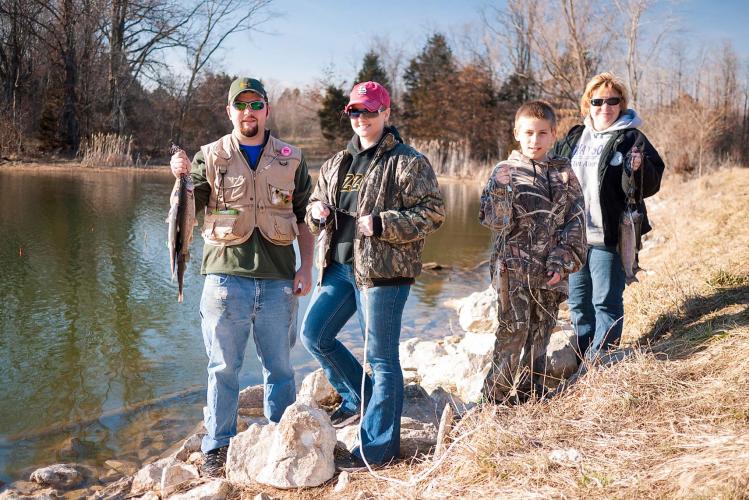 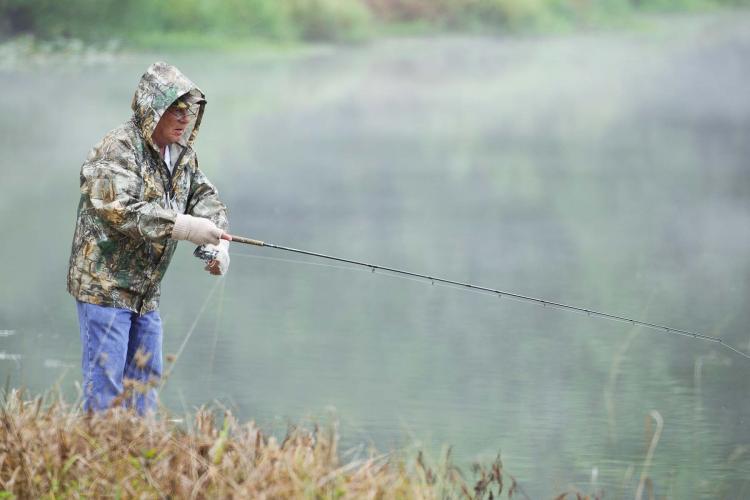 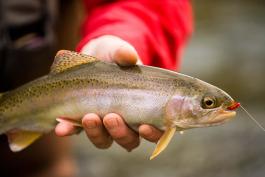 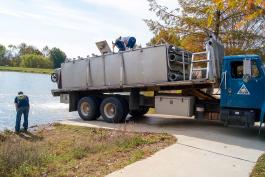 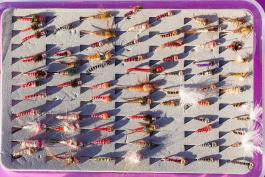 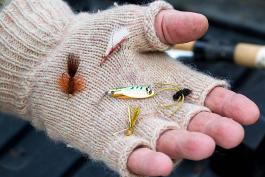 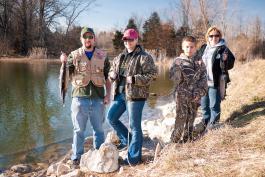 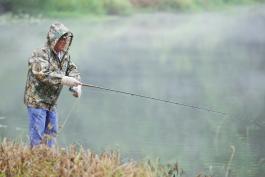 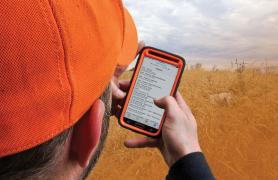 Missouri Hunting 3.0
THIS CONTENT IS ARCHIVED
Body
Digital technology makes it easier for everyone to go hunting and celebrate success.
Media 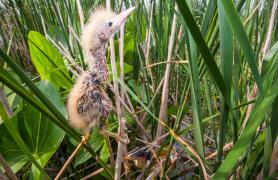 Secretive Marsh Birds
THIS CONTENT IS ARCHIVED
Body
Researchers work to understand how these little-studied birds use Missouri’s wetlands.