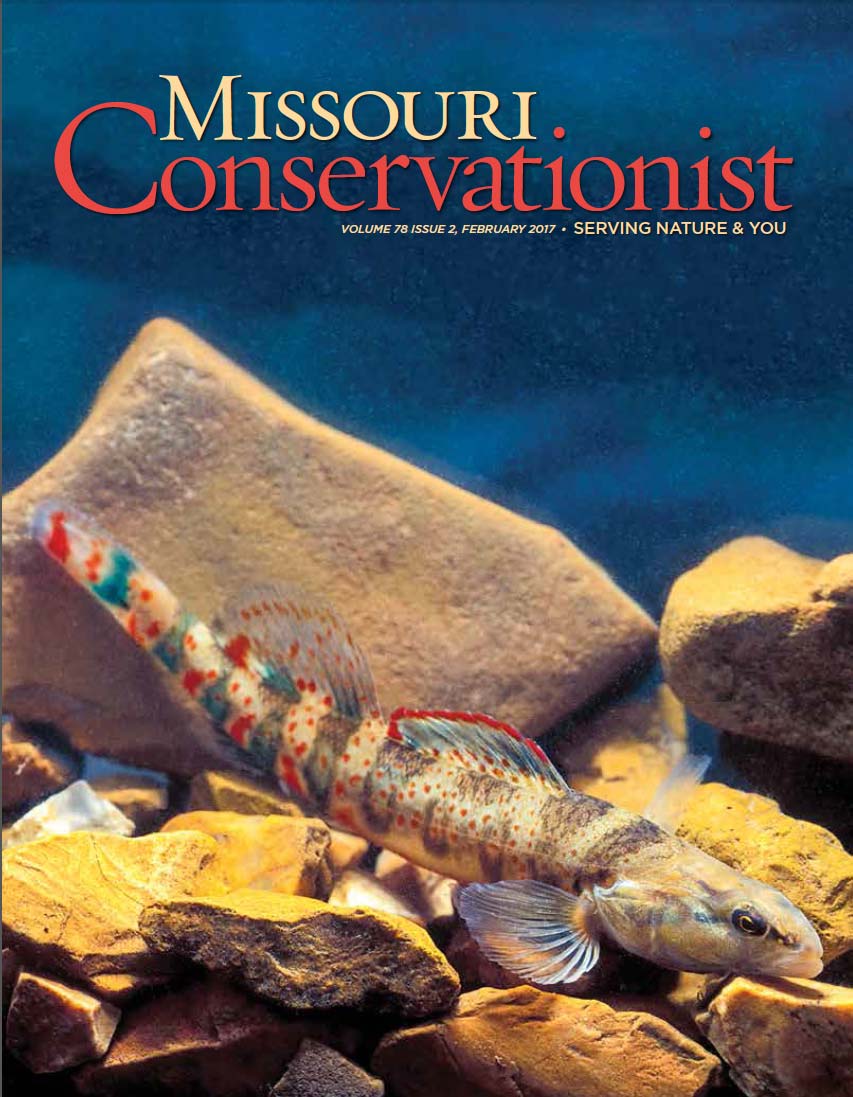 I met with Wildlife Biologist Jeff Beringer, now retired, and his team of technicians and volunteers who were working on a black bear study in southern Missouri. They had trapped a female black bear during the previous summer and fitted her with a GPS radio collar to track her movements throughout the year. Gathering data on movement, weight, blood health, and birthrate gives researchers a better idea of how many black bears are in Missouri, as well as how far they roam.

We had a long hike into the den through some of the most rugged terrain Missouri has to offer. The ridges rippled like corduroy through the mature hardwood forest, with many beautiful, crystal-clear spring creeks snaking over the granite bedrock. At times, we crawled hand-over-hand up one side and slid down the other as the rock and leaf litter made walking nearly impossible. Apparently bears don’t choose their dens in accessible locations.

The team stopped at the bear’s last known location and started poking around likely spots in search of her den. Inside a small cave about 6 feet wide and 18 inches high, there she was on a bed of leaves with her cubs by her side, water dripping onto her head from the ceiling. Beringer crawled waist deep into the cave while two people held onto his feet in case the female bear became aggressive. He examined her, but decided not to tranquilize her due to the tight confines of the den and the possibility of her rolling over and harming the cubs. He performed a visual inspection, and then we each had a chance to peek at her.

When my turn came, I crawled under the rock ledge up to my waist, water dripping down the top of my jacket, and stared into the blackness while the biologists held onto my leg. There was just enough room for my camera with the flash attached to squeeze in front of my body. I snapped a few photos, but couldn’t see where I was aiming. I sensed heavy breathing in front of me. When I checked the back of the camera, this image surprised me — she was right in front of me, and I had no idea.

We found another, more accessible den the following day. The full gamut of tests was performed on the tranquilized mother bear, while the biologists and technicians held the cubs and kept them warm until they could be returned to the mother. Contrary to popular belief, hibernation doesn’t necessarily mean deep sleep. Beringer described it as a reduced metabolic state to conserve energy through the winter months. There is a lot of sleep involved, but also some waking time, and a hibernating bear could become active if provoked and feared for her life or the lives of her cubs. That is why she is staring at the camera in the photos. She is in a half-awake state caused by our presence in the den. Too much poking around and she might take great exception to us.

When I meet magazine readers, I am frequently asked about my most exciting or interesting photo projects. There have been a lot of fascinating projects over the last decade, but this one ranks at the top of my list. The photos weren’t exceptional, but being so close to such a rare, mysterious animal in the wild was something I’ll never forget. Remember to be bear aware, and don’t approach a bear or cubs if you encounter them in the wild.

—Story and photograph by David Stonner

We help people discover nature through our online Field Guide.

Visit mdc.mo.gov/field-guide to learn more about Missouri’s plants and animals. 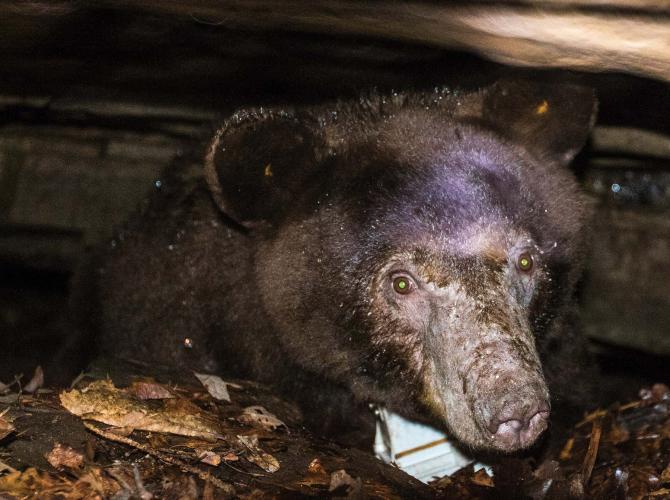 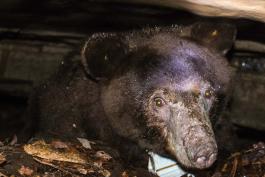